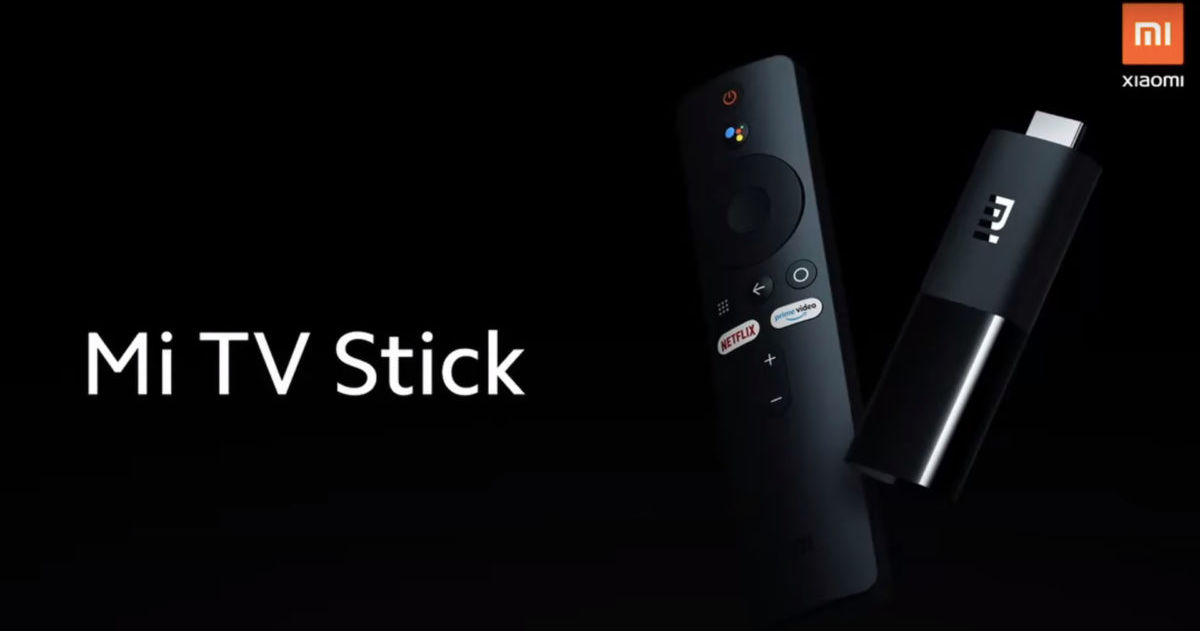 Xiaomi is gearing up to launch the Mi TV stick – a streaming device that brings smart features to a standard TV – soon. The company has given us our first look at this streaming stick during an online event this week. The device is a sleek dongle that can be plugged into the TV and you get a remote that has dedicated buttons for Google Assistant, Netflix and Amazon Prime Video. The Mi TV streming stick will be much more compact than the Mi Box 4K set-top box that was recently launched in India. There is no word on Mi TV stick launch date yet, but we can tell it’ll come in black colour with half-gloss and half-matte finish and “Mi” logo etched on top.

The Mi TV stick specifications are likely to be the same as Mi TV Box 4K set-top box. That means you’ll probably get 4K HDR support, Android 9 Pie-based Android TV platform, built-in Chromecast support for screen-mirroring, and dual-band Wi-Fi support. The stick could be powered by quad-core 64-bit Cortex A53 CPU, coupled with a Mali-450 GPU, 2GB of DDR3 RAM, and 8GB of eMMC storage. It is also tipped to feature a USB port, Bluetooth, and a MicroSD card slot.

As for the price, the Mi TV is listed at $79 on Gearbest, which roughly translates to Rs 6,000. This is slightly expensive compared to the Mi Box 4K set-top box price, which is Rs 3,499.