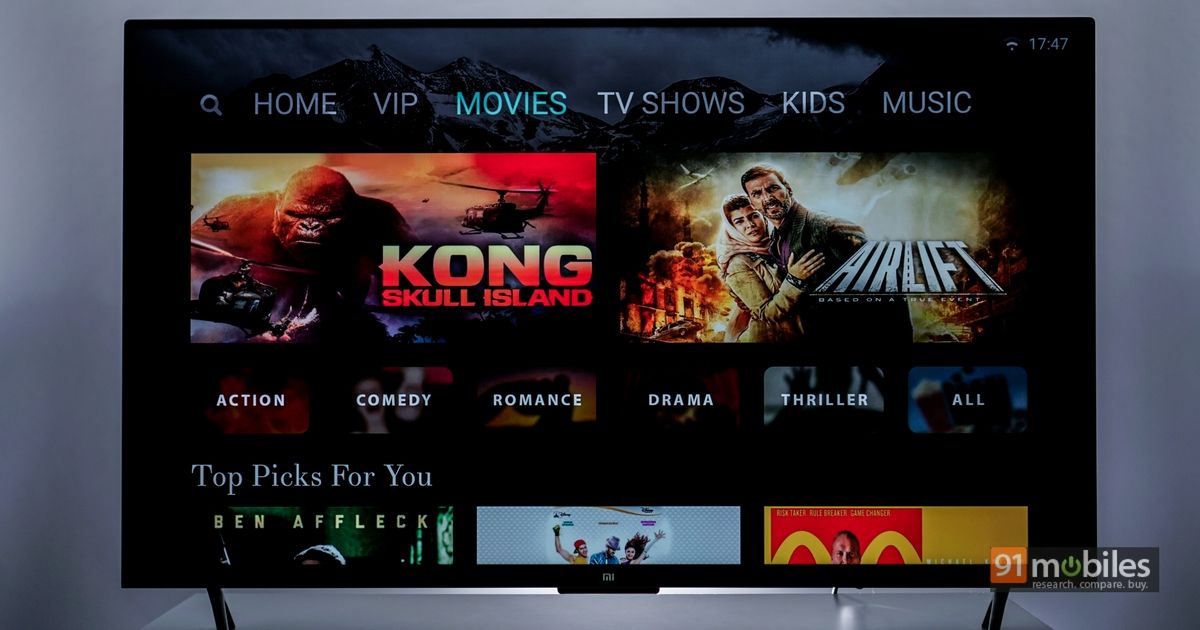 Xiaomi Mi TVs marked the debut of the brand in consumer electronics segment in the Indian market back in 2018. Within a short span, the brand has made incredible progress and managed to grab the top spot. Now, citing IDC data, Xiaomi TVs official Weibo account announced its Mi TVs own 39 percent market share in India. Interestingly, Xiaomi TV’s market share is twice as much as the other vendors in Q1 2019, which is impressive. With Xiaomi settling at the top, LG secured the second spot with a 15 percent market share, followed by Sony that managed to score a 14 percent share, and lastly, Samsung owned 12 percent share in the first quarter of 2019.

Furthermore, Xiaomi forayed into the TV market with the launch of Mi LED TV 4 PRO 55-inch back in February 2018 and the same was sold out in under 10 seconds during the first flash sale. In the following months, the company expanded the TV portfolio by launching multiple models in different price segments. If rumours are to be believed, Xiaomi is reportedly planning on launching 50-inch Mi TV 4A in India soon. It was initially announced in China in January last year. Mi TV 4A is an affordable series compared to the Mi TV 4 Pro and Mi TV 4X Pro lineups.

Separately, Xiaomi recently announced the Android 9 Pie update for its affordable Mi TV 4A series smart TVs. The early access program will be limited to a select few users, and the company would choose 50 active MI Fans for the new firmware update for the Mi TV 4A series. Interested users with Mi TV 4A’s 32-inch and 43-inch models can apply for the Android 9 Pie firmware update from the forum post. Xiaomi said that it would announce the selected users on July 20th.