“Xiaomi’s latest custom Android ROM is based on 4.4 KitKat”

At the launch event for the Xiaomi Mi 4 (review | cheatsheet) in India, the brand revealed its MIUI 6 update roadmap for its devices in the country. As promised, the MIUI 6 update for the Mi 3 (review) is now rolling out over-the-air in India, even before the scheduled early February release date. The update has been released in phases, so it might take time to reach all the Mi 3 units. 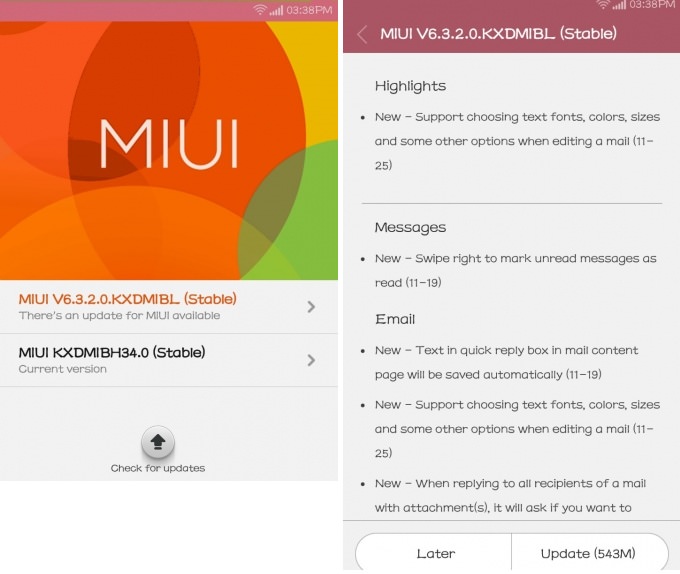 Thanks to the change log of the update shared by a Mi 3 user on the MIUI forums, we know that the size of the latest update is 543MB and it carries the build number V6.3.2.0.KXDMIBL (stable). The latest version of Xiaomi’s custom Android skin brings significant upgrades over MIUI v5. It features improved notifications, an enhanced email app, new security features, a revamped UI, reduced power consumption, smooth page switching, and lots more.

The Redmi Note 4G (review) is next in line to receive the MIUI 6 update in India, followed by the Redmi 1s (review) and Redmi Note  (review) in late March. The company is also working on an Android Lollipop-based build of MIUI 6.