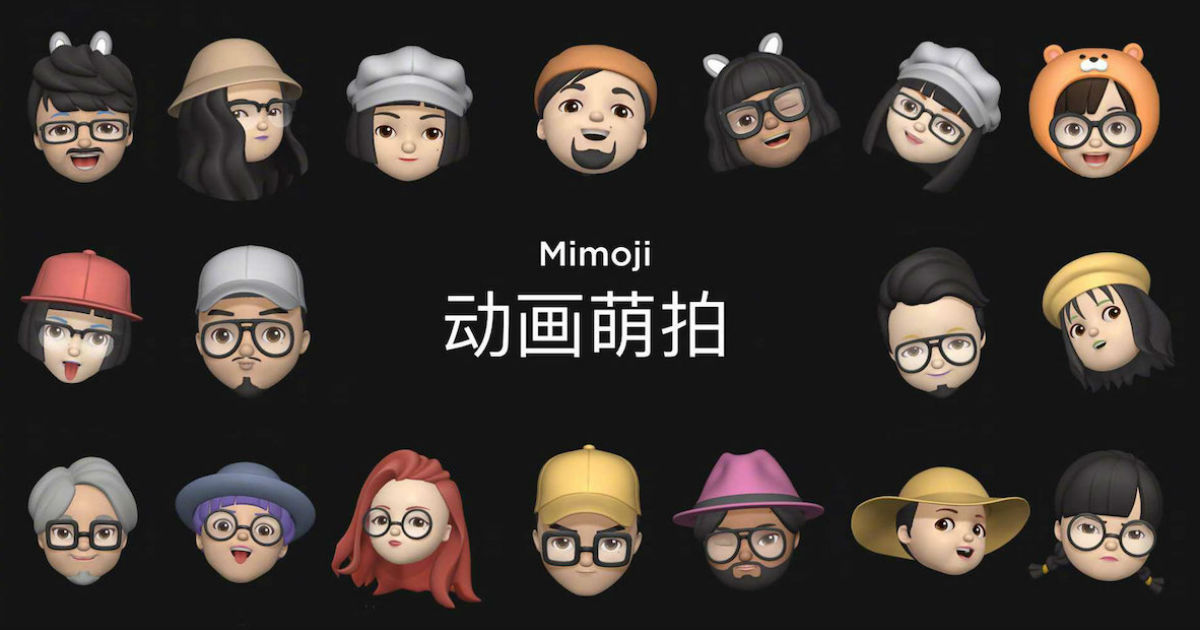 “While Xiaomi has refuted claims of plagiarism, there’s no denying that Mimoji looks a bit too close to what Apple offers already”

Xiaomi has unveiled its latest MIUI feature, where users can create a 3D, digital version of their own face and use it as emoticons, stickers and gravatars for profile photos on supported apps. The feature is called ‘Mimoji’ and offers users the ability to customise their own digital avatars with elements such as shades, earrings and hats, among others. As a result, it is hardly a surprise that many across the internet have drawn its uncanny connection with ‘Memoji’, which Apple had introduced with iOS 12 and improved in terms of customisability with iOS 13.

Mimoji by Xiaomi offers users a wide range of ethnic profiles, skin tones and hair colours to lay out the fundamental customisations, and then tweak them further in terms of hairstyles, facial textures and accessories such as earrings, spectacles and head gear. It does pretty much what every single customisable gravatar out there can do, but the overall finesse and nature of the animated 3D avatars are reminiscent of what Apple has showed us already.

Reason you should hire bilingual journalists: Xiaomi put out a ludicrous press statement a few days ago to “refute” the claims that they ripped off Apple’s Memoji with their “Mimoji” feature. 🤦‍♂️ pic.twitter.com/4N0wnWxwew

Even in terms of implementation, Apple allows you to use them in chat windows through supported apps to emote in a way that allows for better expressions than the preset emoticons. Xiaomi’s Mimoji is also likely to offer similar implementation, drawing further ire from individuals who spotted the feature on the internet. However, the company has refuted such claims in a press release shared with the Chinese media. Twitter user and Google employee Elvin Hu, who kindly translated the release to English, has put out what Xiaomi’s statement says.

The company claims, “We have conducted internal audits and found no evidences that our Mimoji characters have plagiarized from any of our competitors including Apple. We introduced 米萌 （English name: Mimoji）when we launched the Discovery edition of Xiaomi 8, and with the latest release we have added facial elements specially modeled for eastern faces. So far we offer 165 elements that can be combined in hundreds of millions of ways. As far as we know Apple’s Memoji feature doesn’t have automatic character generation features, which means our products have fundamental logical differences.”

“But if the accuser cannot prove so, we will take legal actions against them and potential parties behind them. Appendix: sketches of original Mimoji characters”

It remains to be seen if this move sparks off any legal altercation between the two companies. From being a powerhouse in China and Asia, Xiaomi has steadily increased its market overseas, and to keep up with the competition, has been gradually improving its custom interface, MIUI, with features intended to keep the company ahead of the curve and differentiated from the rest. While personalised, animated stickers are always welcome among users, it remains to be seen if this draws Apple’s notice to the party, which may lead to yet another lawsuit battle between two technology giants.