91mobiles.com
Home News Xiaomi is now the biggest smartphone brand in the world for the...
Highlights 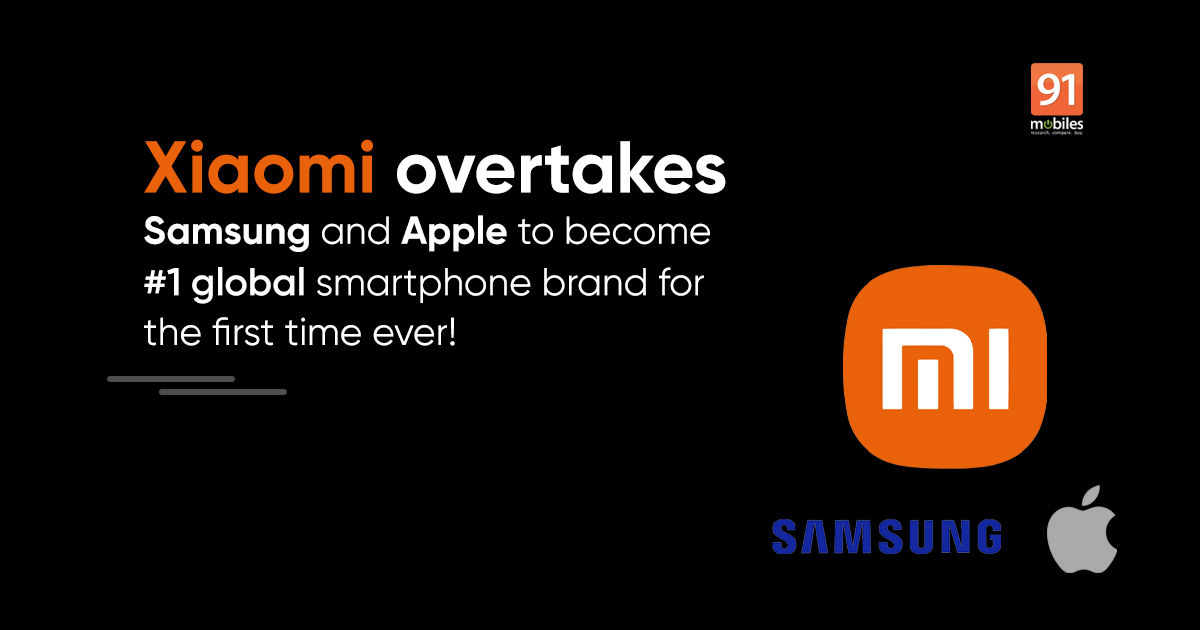 Samsung, Apple, and Huawei were once the top three smartphone OEMs across the globe. However, Huawei was sidelined after the US government blacklisted it and banned American companies from working with it. Xiaomi saw this as an advantage to capture markets previously dominated by Huawei. Now, Xiaomi has surprisingly surpassed Samsung and Apple to become the world’s biggest smartphone brand in June 2021. Xiaomi has managed to secure 17.1 percent market share, while Samsung and Apple managed 15.7 and 14.3 percent, respectively. The company has witnessed 26 months month-to-month increase in sales to achieve this feat, according to Counterpoint Research monthly market pulse service. 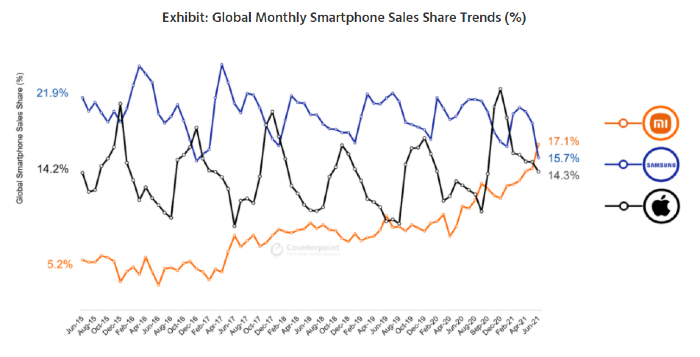 Additionally, Xiaomi was also the number one brand globally for Q2 2021 with regards to sales as it has sold close to 800 million units since its inception in 2011. Research Director Tarun Pathak said, “Xiaomi has been expanding in Huawei’s and Honor’s legacy markets like China, Europe, Middle East, and Africa. In June, Xiaomi was further helped by China, Europe, and India’s recovery and Samsung’s decline due to supply constraints.” Analyst Varun Mishra commented that China’s market grew 16 percent month-on-month in June thanks to the mid-year e-commerce fest and the 618 festival, where Xiaomi was the fastest growing OEM basing on its aggressive offline expansion in lower-tier cities. Redmi 9, Redmi Note 9, and Redmi K-series were the strongest performers for the company.

Redmi 9, Redmi Note 9, and Redmi K-series were the strongest performers for the company.

“At the same time, due to a fresh wave of the COVID-19 pandemic in Vietnam, Samsung’s production was disrupted in June, which resulted in the brand’s devices facing shortages across channels. Xiaomi, with its strong mid-range portfolio and wide market coverage, was the biggest beneficiary from the short-term gap left by Samsung’s A-series,” Mishra commented on Samsung’s performance. Market researcher firm predicts that Samsung’s production will be further affected if the situation in Vietnam does not improve, this should indirectly help Xiaomi to continue to gain share from the South Korean brand.