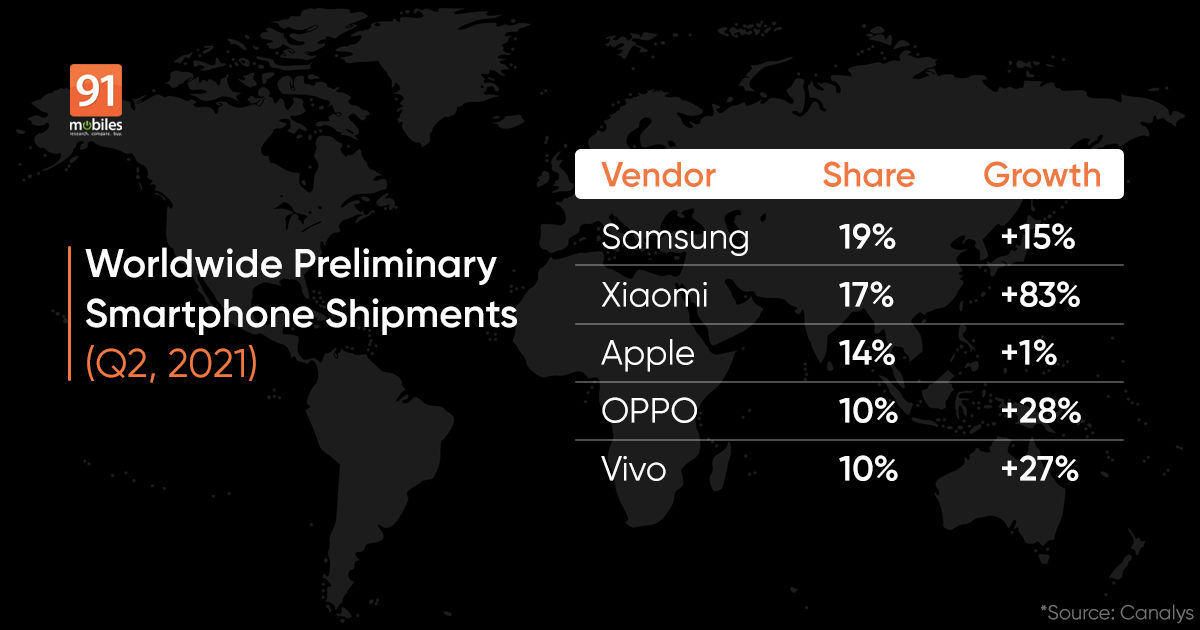 Samsung has been the world leader in the smartphone business, followed by Apple, for a long time. However, for a brief period, Huawei pushed Samsung and Apple aside and occupied the top position. However, the Chinese giant was blacklisted by the US government and barred American companies from working and supplying components to the company. Cashing in on the gap, Xiaomi has now secured second place, leapfrogging Apple and taking the second position after Samsung with a 17 percent market share worldwide in Q2 2021. This was thanks to, of course, the 83 percent growth rate that Xiaomi has clocked annually, according to Canalys Research. Xiaomi has been consistently launching flagship and mid-range phones at various price points, giving users a choice and this seems to have worked for good. 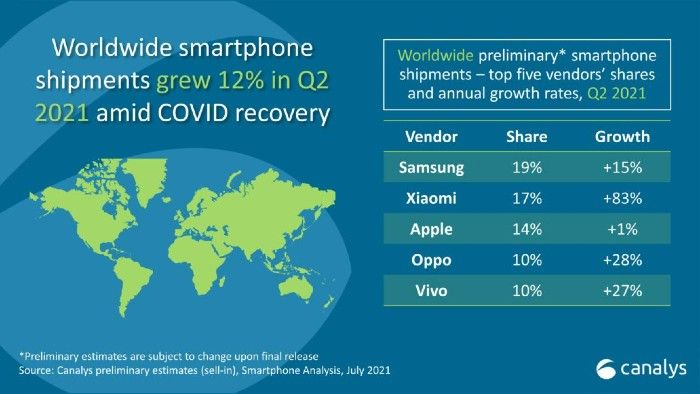 While this is good news for Xiaomi in general, it remains to be seen whether it can hold the position from OPPO and Vivo, which are off late launching high-end phones at reasonable price tags.

The Canalys report says that Xiaomi Mi 11 series has managed to increase shipments by more than 300 percent in Latin America, 150 percent across Africa, and 50 percent in Western Europe. On whole, the worldwide smartphone shipment grew 12 percent in Q2 amid Covid-19 recovery in a few markets. Sadly enough, Huawei is not even in the top five smartphone brands list anymore.