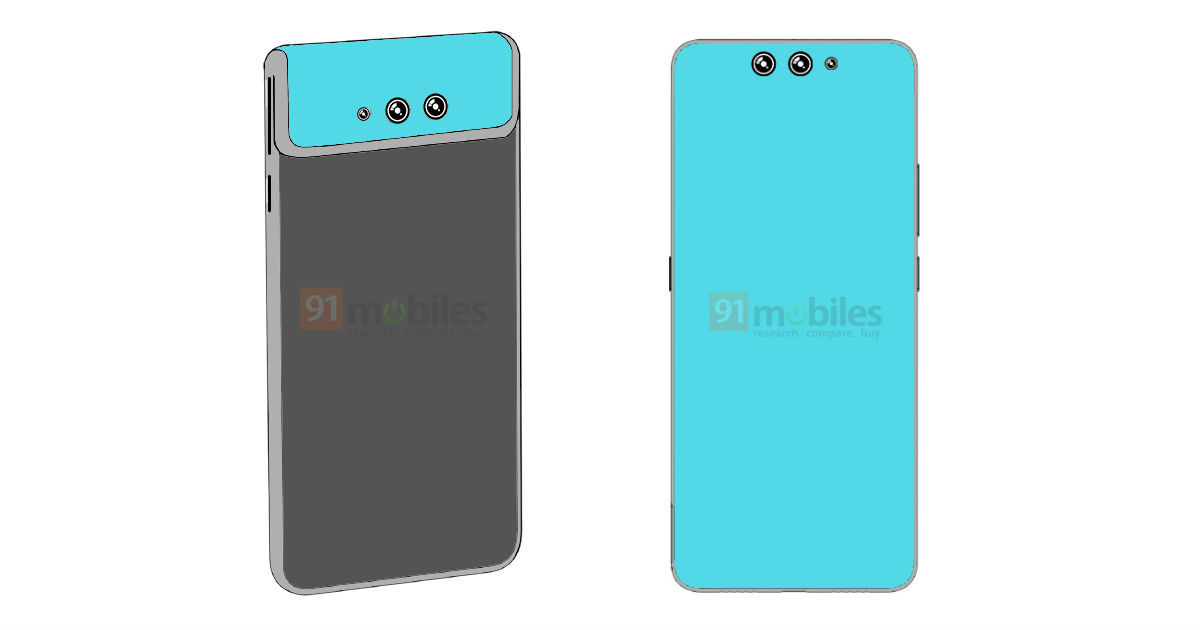 “The patent images show the top portion of phone’s flexible display bending to the back of the device, allowing you to use the same camera setup for the back and for selfies”

We have seen a couple of smartphones with a flip camera design in the past such as the Samsung Galaxy A80 and the Asus 6Z. Now, Xiaomi seems to be working on such a device, but with a slightly different mechanism. The company has acquired a new patent from a Chinese certification site, which reveals schematics of a possible future Xiaomi smartphone with a flexible punch-hole display that seems to house dual cameras with LED flash. The cameras will double up as front and rear cameras using a flip mechanism. Going by the patent images, the top portion of the handset’s display, which houses the camera setup, would entirely flip to the back, possibly using a motor.

When flipped to the back, the small display could serve as a notification panel or viewfinder for the main cameras. When the cameras are erected, the rear panel of the Xiaomi phone looks clean as a slate. When erected, the entire display will offer a longer aspect ratio as well. The frame of the phone gets the usual volume rocker and power buttons and what may also be a dedicated button for the company’s AI voice assistant. The charging port is sandwiched in between the speaker grille at the bottom edge of the phone, while the SIM-ejector tray appears to be placed atop.

Unlike the flip camera mechanism used on the Asus 6Z, which saw just the camera module rise to the front, Xiaomi’s solution seems to suggest a partially folded display that will flip back and forth. It’s hard to tell whether this solution is more practical, but it does look quite unique and unlike anything we have seen before.

The specifications and the launch of the handset remain unknown at the moment. However, it’s not necessary that the company will introduce it as a product solely because the design has been patented. Last month, Xiaomi patented a design that showed a flip camera mechanism where an array of cameras would flip to the front.