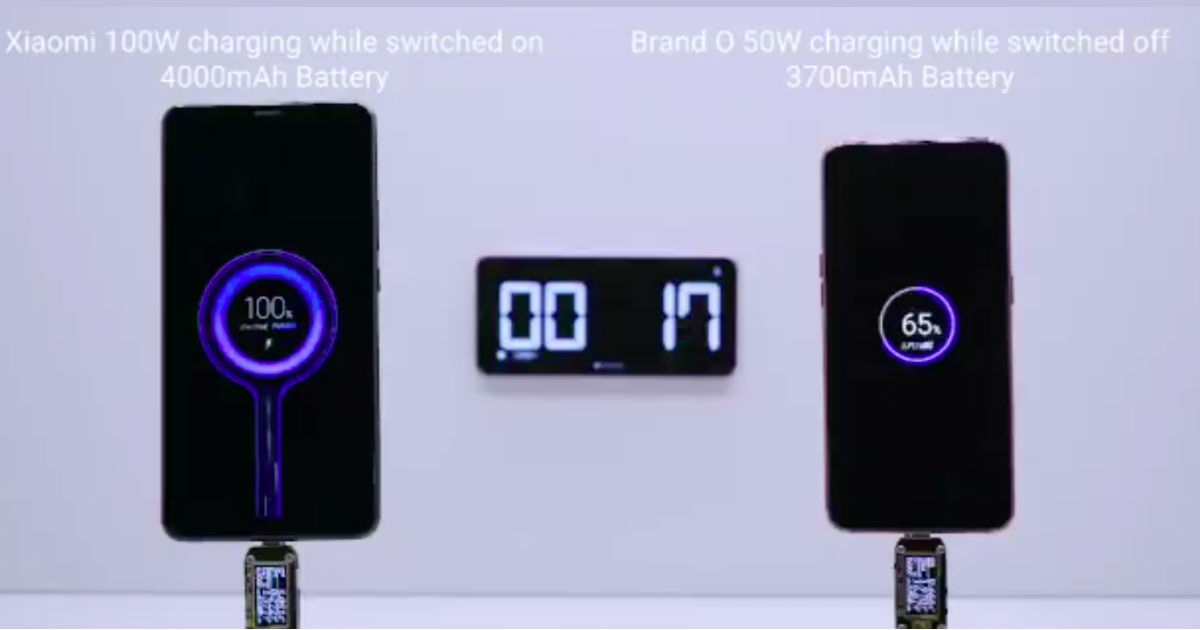 “The 100W Super Charge Turbo fast charge is rated to juice up a 4,000mAh battery in just 17 minutes“

Xiaomi earlier this year showcased its Super Charge Turbo tech that supports an astounding 100W fast charging. The technology is now expected to launch commercially next year. Xiaomi at its developer conference in China has announced that it’ll be introducing the 100W Super Charge Turbo fast charge in a smartphone as early as in 2020. The company hasn’t shared details of the smartphone, which will pack the flash charging with 100W support. Xiaomi India head Manu Kumar Jain, meanwhile, has hinted at the possibility of the 100W Super Charge Turbo tech in India soon.

This is super crazy. Isn’t it? RT if you want us to launch it. 🔄#Xiaomi ❤️ pic.twitter.com/nb90FQlU5r

Jain in a tweet via his official account on Twitter confirmed the launch of 100W Super Charge technology and said that “this 100W charger can fully charge a 4,000mAh battery phone in only 17 minutes.” This is almost double the power of the existing highest 50W SuperVOOC fast charging from OPPO. The latter is rated to charge a 3,730mAh battery in about 35 minutes.

Apart from Xiaomi, Vivo is also working on fast-charging with over 100W support. BBK-owned OEM has also introduced its 120W fast charging technology that is said to juice up a 4,000mAh battery cell in just 13 minutes. Vivo has also set next year’s timeline to commercial launch a smartphone with 120W fast charging. It remains to be seen who will beat whom.

If reports are anything to go by, Xiaomi’s 100W Super Charge fast charging could debut with the Mi MIX 4 smartphone. The handset is expected to be a flagship offering from the brand, with a 2K display and Snapdragon 855 Plus SoC ticking at its core. The phone is also rumoured to pack up to 12GB RAM, up to 1TB UFS 3.0 storage, and 4,500mAh battery cell. In the camera department, it may ship with 108MP primary sensor paired with 16MP and 12MP sensors, along with periscope lens at the back. Lastly, the handset could feature a ceramic body and 4G VoLTE, as well as 5G is also connectivity.