Home News Xiaomi phone with OLED display, Snapdragon SM7350 tipped to be in the...
Highlights 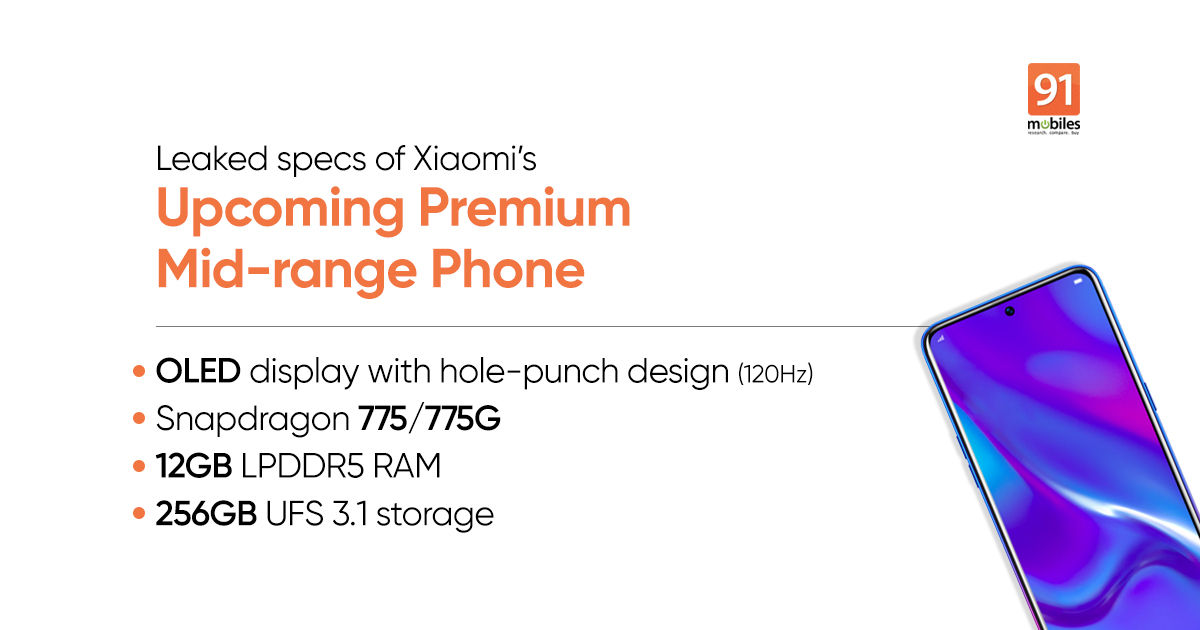 Xiaomi is reportedly working on a new premium mid-range offering, according to noted leakster DigitalChatStation. The handset is said to come with an OLED display with a single-punch hole cutout for the selfie camera. The leaker claims the upcoming handset will ship with the unannounced Qualcomm Snapdragon SM7350 SoC and 64MP rear camera, alongside a telephoto camera with 5x optical zoom. Roland Quandt aka @rquandt says the Snapdragon SM7350 SoC could be the Snapdragon 775/775G, successor to the 765G SoC. The chipset was tested with 12GB LPDDR5 RAM, 256GB UFS 3.1 storage, and 120Hz refresh rate, so there’s a possibility the Xiaomi phone could come with a 120Hz OLED screen.

Speculations are rife the Qualcomm Snapdragon SM7350 could use Samsung’s 6nm EUV process and ARM Cortex-A78 cores paired with Cortex-A55 cores. The leakster hasn’t revealed the name of the phone but rumours suggest it could the Mi 11 Lite or a model in the Redmi Note 10 series that is set to launch sometime later this month. We should learn more details about the mysterious Xiaomi phone going forward. Stick around.

Separately, Xiaomi could be working on Mi 11 Ultra as its specifications have surfaced online. This could be placed above the vanilla Mi 11 and the alleged Mi 11 Pro in the company’s flagship lineup. The said Mi 11 Ultra is said to ship with a 2K display, 120Hz refresh rate, a punch-hole cutout for the selfie camera and four-sided curved edges. It could come with 67W wireless charging support and pack a large battery. While we don’t really know the capacity, it may be bigger than 4,600mAh battery found on the Mi 11. That’s pretty much everything we so far know about the Mi 11 Ultra but if it’s indeed in the works, we should learn more information soon.