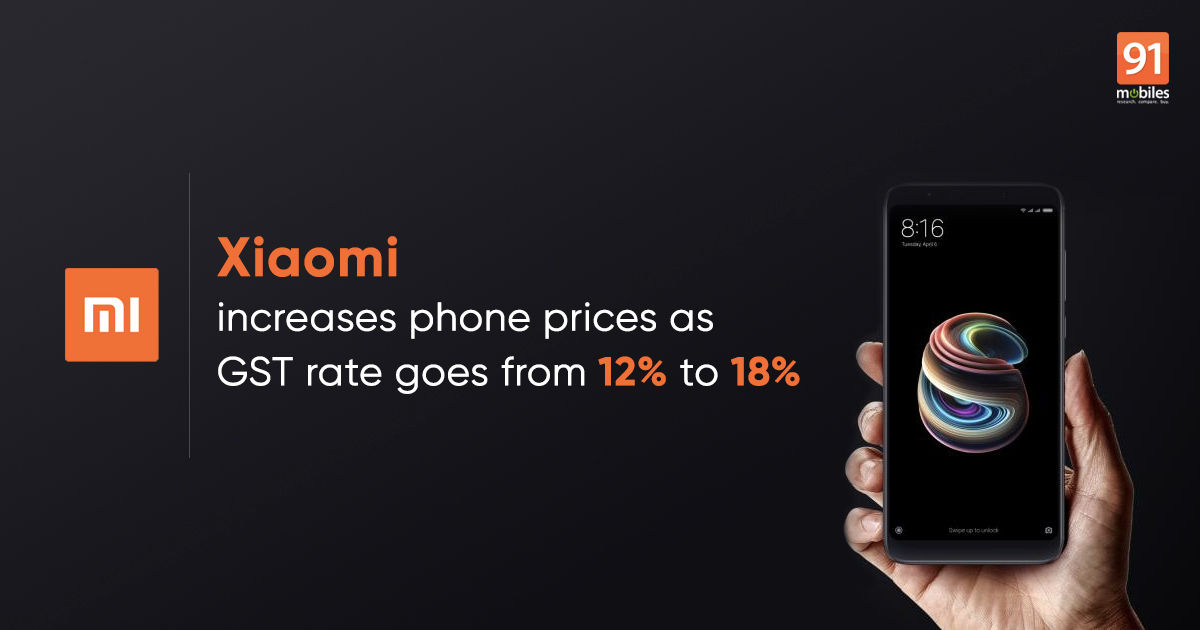 “Xiaomi and says the new prices of its Redmi and Mi phones will reflect on Mi.com soon”

No, this is not an April Fools’ Day joke. Xiaomi has announced that it has increased the prices of its smartphones starting midnight April 1st 2020. The move comes following the recent hike in GST rate from 12 percent to 18 percent that comes into effect today i.e April 1st. The GST revision announced by the Indian government means smartphone prices will be hiked. Xiaomi says the new prices will reflect on Mi.com soon. At the time of writing this story, the prices of Redmi and Mi phones on Xiaomi’s website had not been revised. OPPO has also increased the prices of its phones while Vivo and other brands will follow suit. 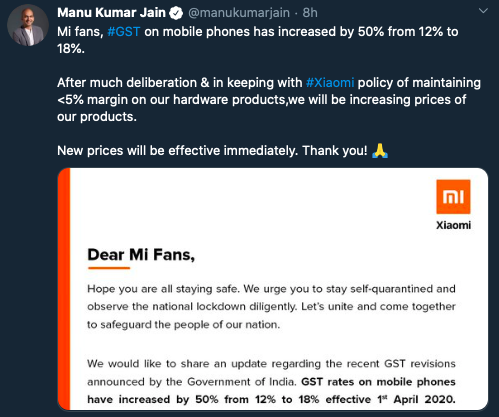 Xiaomi will likely update its website with the new prices of its phones soon enough. We will report on the revised prices of Redmi and Mi phones once they reflect on Mi.com. That being said, you should expect phones like the Redmi Note 8 Pro, Redmi K20, and the recently launched Redmi Note 9 Pro, among others, to be slightly more expensive now. It will be interesting to see how fans react to the revised prices, especially with regards to a brand that has been known to offer phones at competitive prices. We should also know about the revised prices of phones from brands like OPPO, Vivo, Realme and other soon.