91mobiles.com
Home News Xiaomi patents a smartphone with solar panel on the back to improve... 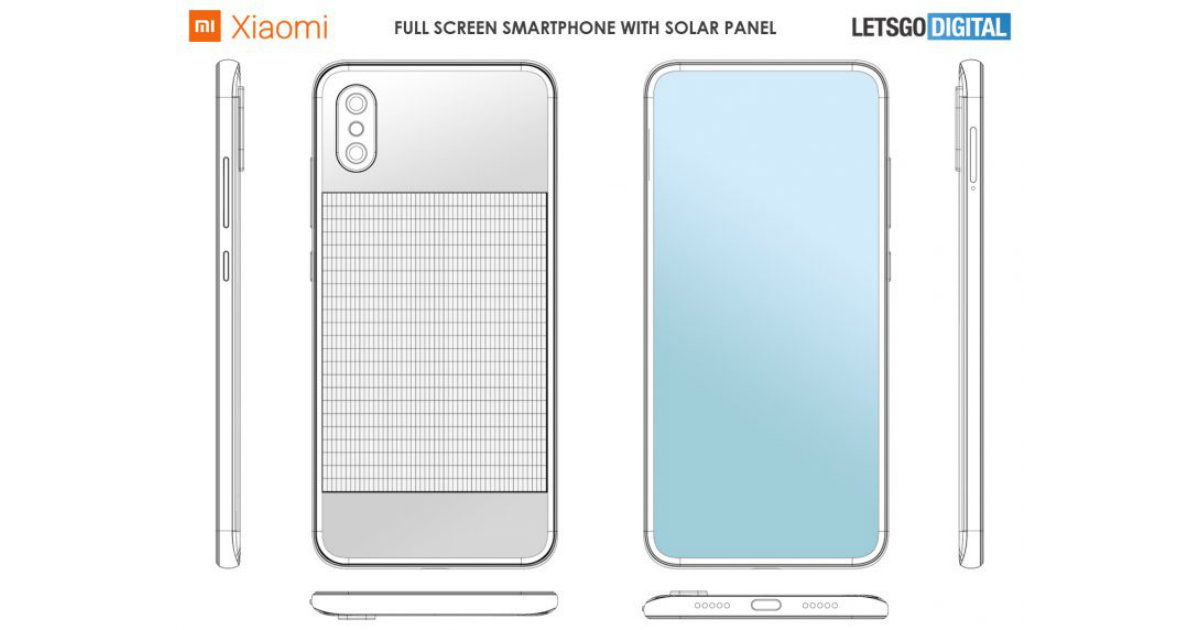 “The patent reveals a Xiaomi phone with a modern design that includes a solar panel to charge battery more efficiently.”

Xiaomi has revealed a patent filed with the World Intellectual Property Office that demonstrates a smartphone design using a solar panel at the rear. While this may not be as outlandish as some of the recent patents that we have seen from other OEMs, the new Xiaomi concept is one of the more practical ideas of smartphone innovation and offer a valuable benefit in terms of extending battery life.

According to the patent, which was filed by Xiaomi with the WIPO in July 2018, the smartphone in question comes with all the modern bells and whistles. It features a full screen design that covers the entire display area, with a solar panel integrated on the rear panel. However, there is no presence of the front camera, including either a hole in the display or a pop-out mechanism. This has led to suggestions that the device will feature an under-display front camera — a new concept that was demonstrated by Xiaomi in the preceding months. 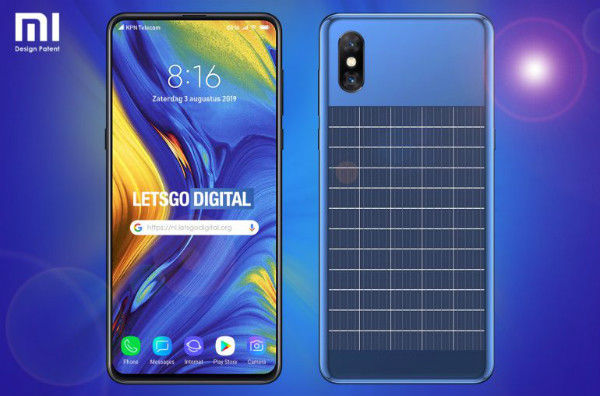 What is interesting to note is that despite the integration of a solar panel at the rear, the smartphone concept does not suggest that the device will be too heavy. The solar panel affixed at the rear appears to be marginally raised, but the bump is not too significant. In fact, the dual rear camera module illustrated in the patent, which also includes a flash at the centre, has a larger bump than the solar panel. The area of solar energy reception covers nearly 70 percent of the rear side, and this can help users charge their devices by simply exposing their devices to the sun, thereby recharging on the move, and without the need for any AC adapter, or even a connected DC source.

Solar panels have not been a rarity in the mobile accessories space — multiple accessories have been launched over time, including solar panel-equipped charging cases. However, integrating the same in the smartphone chassis itself makes the entire package more ergonomic. The patent is one of the more practical ones, and given its real world viability and how it may be appreciated among users, we might even see Xiaomi launch a future smartphone equipped with a rear solar panel, some time soon.