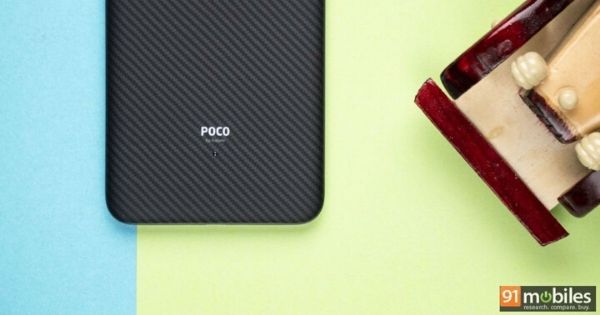 “Xiaomi had trademarked the POCO F1’s name in China as well, two months before the device launched in India”

POCO F1 was launched way back in 2018. Since last year, fans have been asking when the POCO F2 will be launching. While Xiaomi has stayed mum about this, the company has seemingly filed for a trademark application for POCO F2 name with the China Trademark Office. The trademark, which bears identification number 4280005, was spotted by a user on Twitter, marking a new point of interest for fans of the first generation POCO F1. Going by the trademark application at hand, it seems like Xiaomi has something up it sleeve for its Pocophone sub-brand in the coming months.

That said, no further information seems to be available regarding the POCO F2, and even the trademark registration report does not quite reveal anything related to the smartphone. No leaks have also appeared about the purported POCO F2, suggesting that Xiaomi is keeping this one extremely secretive. The first generation POCO F1 was a great success because of its extremely competitive pricing paired with flagship-grade features and specifications, which created a considerable amount of hype among Xiaomi’s legion of users in India.

Back when the POCO F1 was launched, it featured the latest line of specifications, including the then-flagship Qualcomm Snapdragon 845 processor with up to 8GB RAM and 256GB storage, as well as a fairly respectable camera setup, display and build quality. The POCO F2 is widely expected to bring a similar disruptive quality to the Indian market. The trademark application seems true enough considering the POCO global head had teased the launch of the POCO F2 in 2020.

Interestingly, the POCO F1 was spotted in a trademark filing two months ahead of its India launch, and if that precedent is anything to go by, then the POCO F2 may launch in India in the first half of 2020. All enthusiasts of the POCO brand will be keen to keep an eye out for further developments on social media platforms, which is often where Xiaomi executives make key announcements regarding their device launch plans in the country.