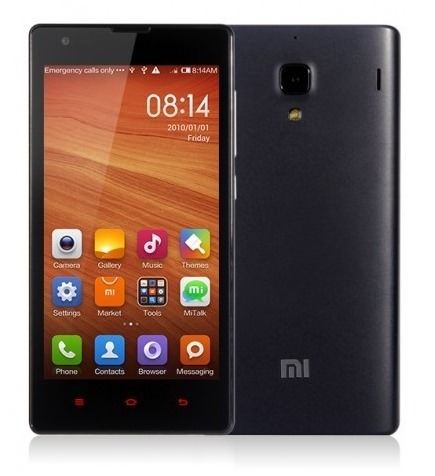 “With Redmi range, Xiaomi is aiming to gain stronghold in voluminous price segment of below Rs 10,000”

The popular Chinese smartphone company Xiaomi didn’t plan its Indian debut with just one device. While the Mi 3 is its top-tier smartphone, the brand has also introduced its budget series comprising the Redmi 1s and Redmi Note. While the company hasn’t specified a launch date as yet, it has confirmed prices, which are pegged at Rs 6,999 for the Redmi 1s, and Rs 9,999 for the Redmi Note.

The Xiaomi Redmi 1s is built around a 4.7-inch display featuring a resolution of 1,280 x 720 pixels. It’s powered by a 1.6GHz quad-core Snapdragon 400 SoC combined with 1GB RAM. It offers 8GB of internal storage, which can be increased further with the help of a microSD card. Camera-wise, it has an 8-megapixel snapper at the back along with an LED flash, whereas 1.3MP front-facing shooter is useful for video calling. The smartphone sips juice from a 2,000mAh battery. For connectivity, it has standard features such as dual-SIM, 3G, Wi-Fi, Bluetooth and GPS. The smartphone runs Android 4.3 Jelly Bean with MIUI v5 custom skin.

The Apple of China is also interested in cashing in on the burgeoning segment of phablets and the Redmi Note is its first device in this category. The Redmi Note sports a 5.5-inch HD display and offers dual-SIM capabilities. Although there are two versions of the phablet – standard and enhanced, the variant being launched in the Indian market is the enhanced model, which is powered by the MediaTek’s MT6592 octa-core chipset clocked at 1.7GHz supplemented by 2GB of RAM. In terms of memory, the device offers 8GB of onboard storage with an option to extend it up to 32GB via a microSD card. Imaging duties are handled by 13-megapixel primary shooter assisted by an LED flash and a 5MP camera at the front. The smartphone draws power from a hefty 3,200mAh battery and provides support for the usual connectivity options including cellular HSPA networks, Bluetooth 4.0 LE, Wi-Fi and GPS. Similar to the Redmi 1s, the Note has MIUI customisation with Android 4.3 as its underlying platform.

The launch of a pair of Redmi devices with powerful spec sheets, which the company teased a couple of days ago on social spheres, will definitely help it to gain a stronghold in voluminous sub-Rs 10,000 price segment.

Xiaomi’s 48-megapixel phone will have selfie camera cutout in the display: report