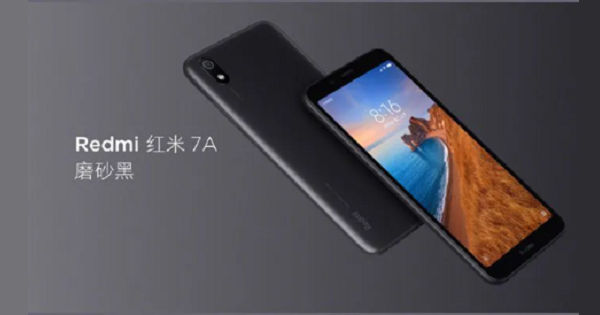 Ahead of the flagship Redmi K20 launch, Xiaomi’s sub-brand Redmi has announced the Redmi 7A smartphone in China. The handset is the company’s new budget offering, succeeding last year’s Redmi 6A (review) smartphone. While the new Redmi 7A faces an upgrade on the chipset and battery front, its display and camera hardware remains the same as its predecessor. 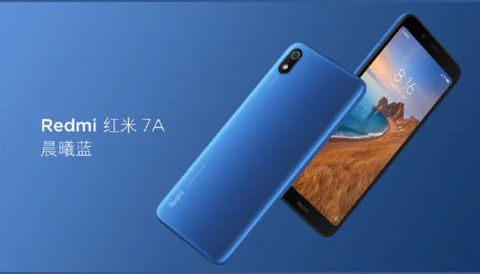 Talking about the specifications, the Redmi 7A ships with a 5.45-inch display that bears HD+ resolution. Unlike Xiaomi’s contemporary smartphones, the handset comes with an 18:9 aspect ratio screen, instead of 19.5:9 aspect ratio with dewdrop notch up top. The Redmi 7A is driven by Qualcomm’s Snapdragon 439 chipset; however, its RAM and storage variants haven’t been revealed yet. There will be a microSD card slot to further expand the storage. A whopping 4,000mAh battery with 10W charging support fuels the handset.

In the camera department, the Redmi 7A will rock 13-megapixel sensor with LED flash and features such as PDAF, AI beauty and AI portrait mode on the rear. The front camera sports a 5-megapixel selfie shooter that would double as facial recognition. The handset runs Android 9 Pie-based MIUI 10 out of the box and has nano P2i splash-resistant coating along with rubber sleeves for the headphone jack, micro USB port, and SIM card tray. Connectivity options include dual 4G VoLTE, Wi-Fi 802.11 b/g/n, Bluetooth 4.2, GPS, microUSB 2.0 and a 3.5mm audio jack. The Redmi 7A lacks a fingerprint scanner.

The Redmi 7A price and availability haven’t been announced yet. However, we can tell you that it’ll come in two colour options: black and blue.