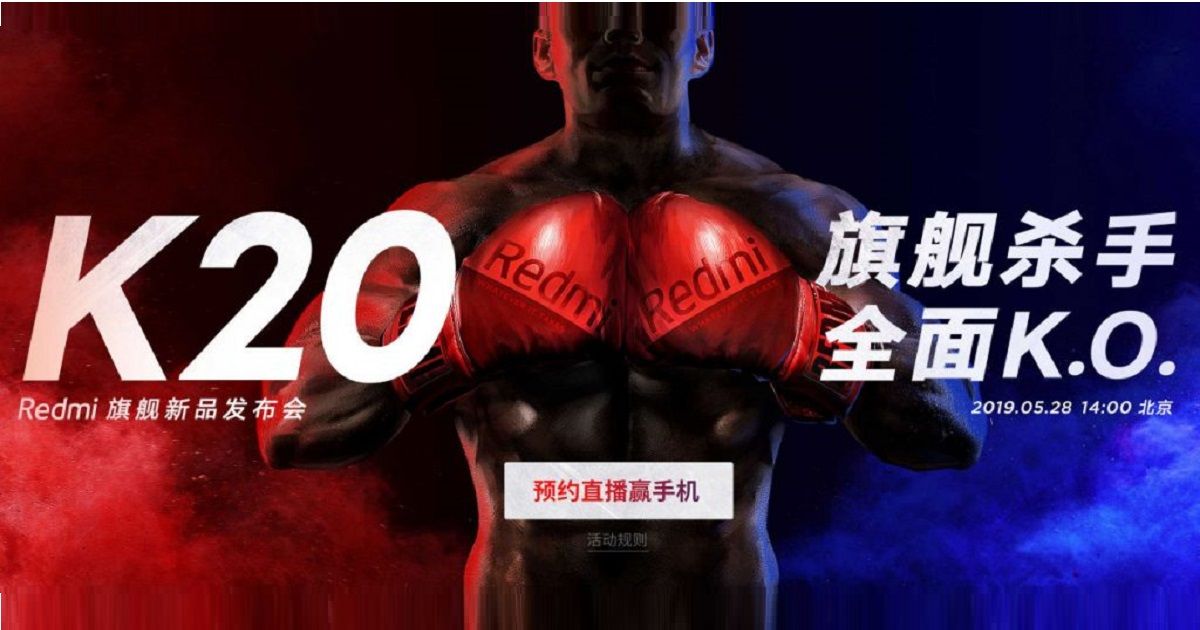 “The Redmi K20 will be a flagship offering from Xiaomi, with a 3.5mm headphone jack, and rumoured OLED screen and 4,000mAh battery”

The much-awaited Redmi K20 smartphone will see the light of day on May 28th. The company has announced that its ‘flagship killer’ Redmi K20 will be introduced at an event in Beijing on the aforementioned date. The handset has been in news for quite some time, and Xiaomi’s spin-off brand Redmi has already revealed that the flagship will be driven by Qualcomm’s Snapdragon 855 SoC, and sport a truly bezel-less screen, pop-up selfie camera, a beefy battery, and triple-rear camera setup with a 48-megapixel primary sensor. To recall, the Redmi K20 smartphone has also been confirmed to launch in India soon. 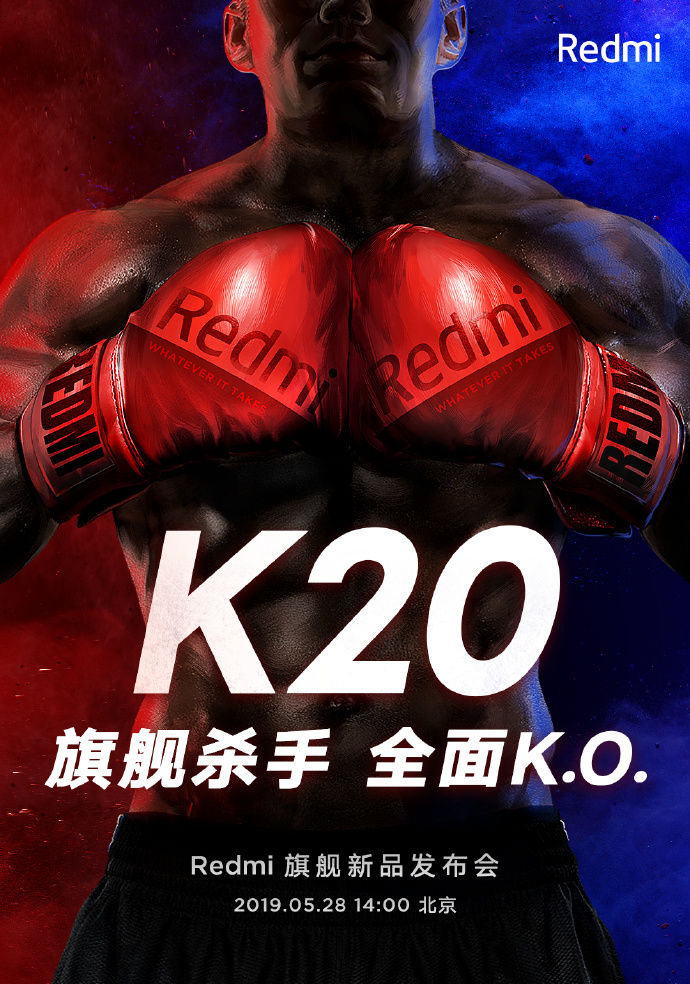 Talking about the handset’s specifications, the Redmi K20 will reportedly pack 6.39-inch OLED display with a full-HD+ resolution. The screen may also bear an in-display fingerprint sensor for security. The mighty Snapdragon 855 SoC ticking at the handset’s core will likely be paired with up to 8GB of RAM and 256GB built-in storage.

In the camera department, the phone is expected to feature a Sony IMX586 sensor with 48-megapixel resolution, accompanied by an 8-megapixel telephoto lens and a 13-megapixel ultra-wide angle lens. The front camera is likely to get a 20-megapixel shooter that would pop-up from the top-edge to click selfies and video calling, just like the Vivo Nex smartphone. The phone will be capable of recording slo-mo video at 960fps. The Redmi K20 could run MIUI 10 on top of Android 9 Pie out of the box. A 4,000mAh battery with 27W fast charging tech is likely to fuel the handset.

The Redmi K20 price is not known at the moment, but looking at the specs it’s expected to be on the upper end of the mid-range segment.