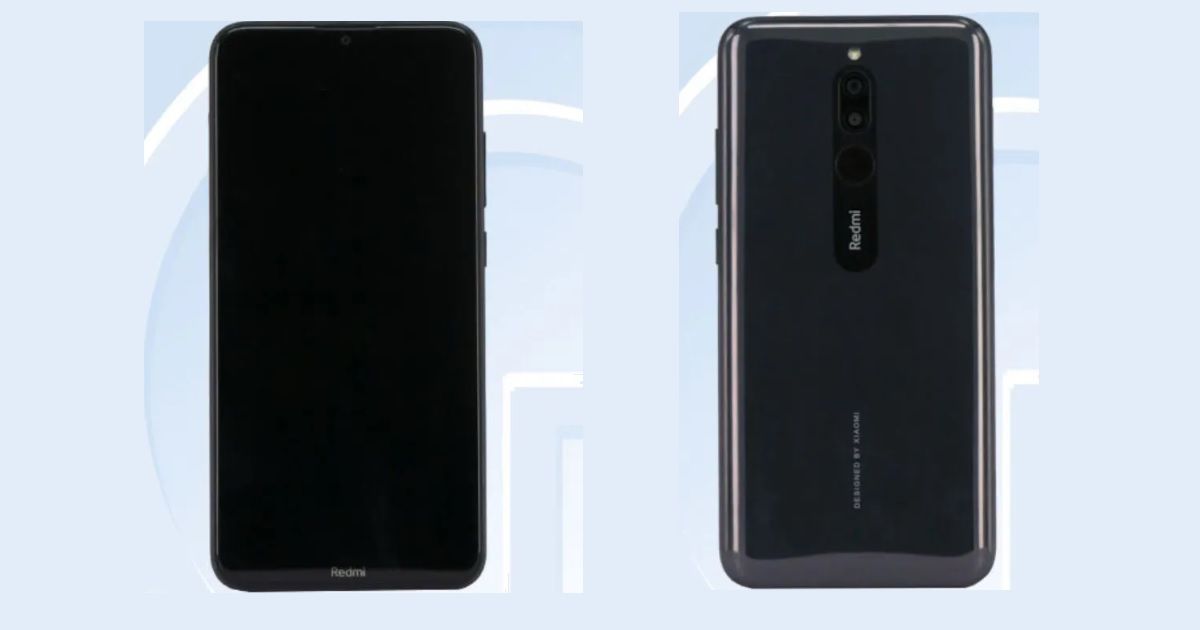 Xiaomi’s new Redmi series phone with the model number M1908C3IC has been certified by the Chinese regulatory author TENAA. The certification has revealed the key specifications as well as images of the upcoming Redmi smartphone. While the speculations suggest that it is a Redmi Note 8 series handset, it is unlikely that the brand will be launching the new Redmi Note series offering with just a dual primary camera setup at the back with the new Redmi Note series models. This could be the upcoming Redmi 8 series offering that will have a different dual camera placement that’s found on the Redmi 7. 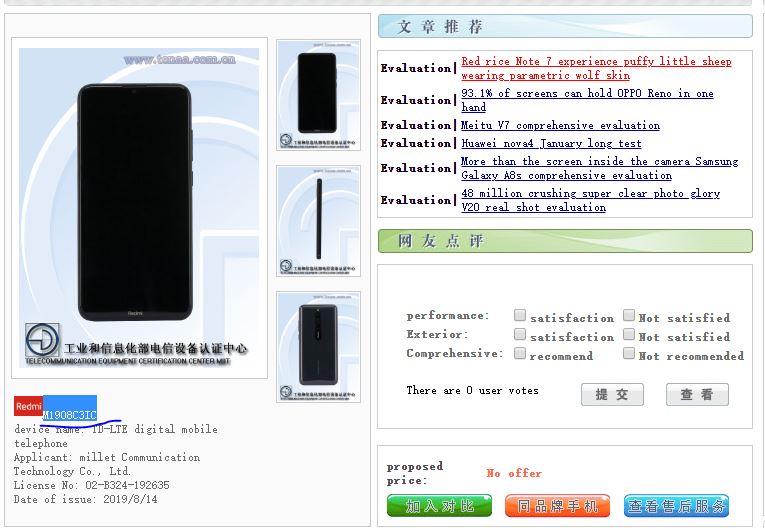 According to TENAA, the new Redmi phone with the model number M1909C3IC features a dual primary camera setup at the rear, with an LED flash sitting above it. The device will have a fingerprint sensor that will be placed at the back below the camera module. The Xiaomi branding will be placed vertically in the bottom-middle, while the Redmi branding will be placed below the camera module. On the front, you will find a waterdrop notch above the screen with a tad thick bottom bezel, reveal the images.

As for the specs, the Redmi phone from the brand that’s coming soon will feature a 6.2-inch display with HD+ resolution. The device will come with an octa-core processor of an unknown make. The phone will be available in multiple RAM and storage variants including – 2GB, 3GB, and 4GB / 16GB, 16GB, 32GB, and 64GB. They will all support microSD cards up to 512GB in size as well. Lastly, the listing reveals that the handset will have two 8MP cameras at the rear.

Sadly, there’s no word on the pricing and availability of the phone at the moment. We will update you as soon as we learn anything.