“Here’s what the new Xiaomi Redmi Note 3 ships with”

Xiaomi’s Redmi Note series brings specs too tempting for its price range, and is consequently one of the most anticipated smartphone range in India, all credits the consumers’ love for value-for-money devices. The latest addition to the lot is the Redmi Note 3, which was launched in China earlier. The brand has now launched the Snapdragon 650 powered- variant of the same in India. While we review the smartphone to gauge what value it offers for the money, here’s a quick look at the box contents of the Xiaomi Redmi Note 3 (first impressions). 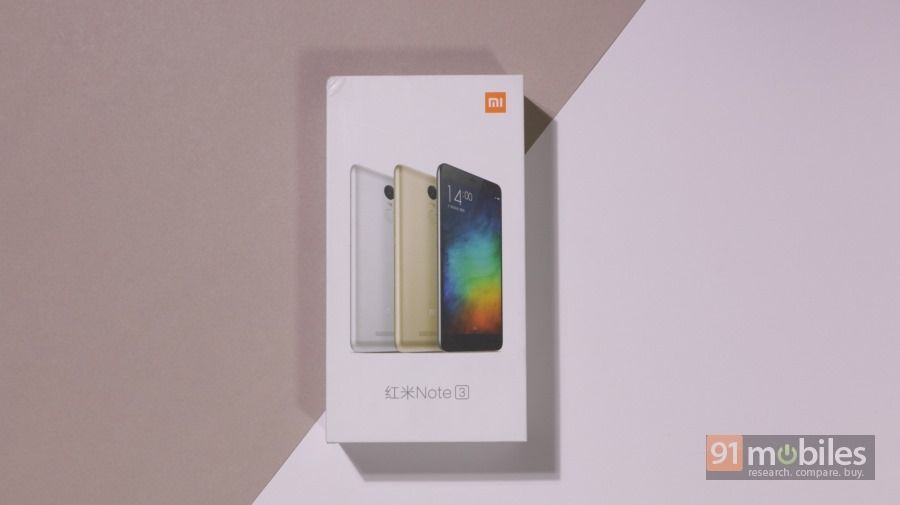 We got the Chinese retail pack of the Xiaomi Redmi Note 3, though we’re told the Indian packaging would be exactly the same. The phone ships in a small white rectangular box, with the Note 3’s picture and moniker on top of the lip. 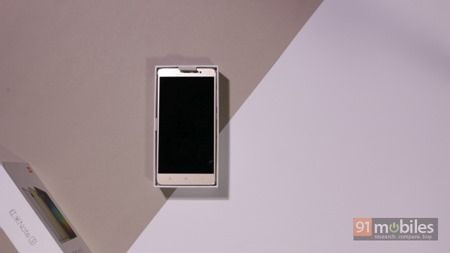 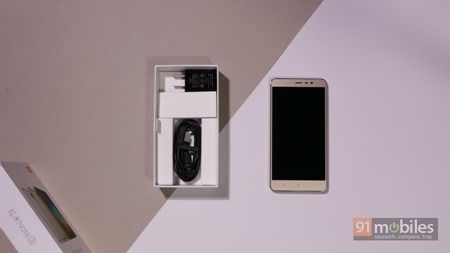 Taking off the lid, you get access to the handset itself, which looks rather premium in its all-metal chassis. The Redmi Note 3 sits on top of a cardboard packet carrying the necessary documentation and a SIM- ejection tool. Underneath lie a micro-USB to USB cable, and a two-pin wall charger rated at 2A. Our review unit came with a flat-pin charger, but the Indian variant should arrive with a regular two-pin charger. 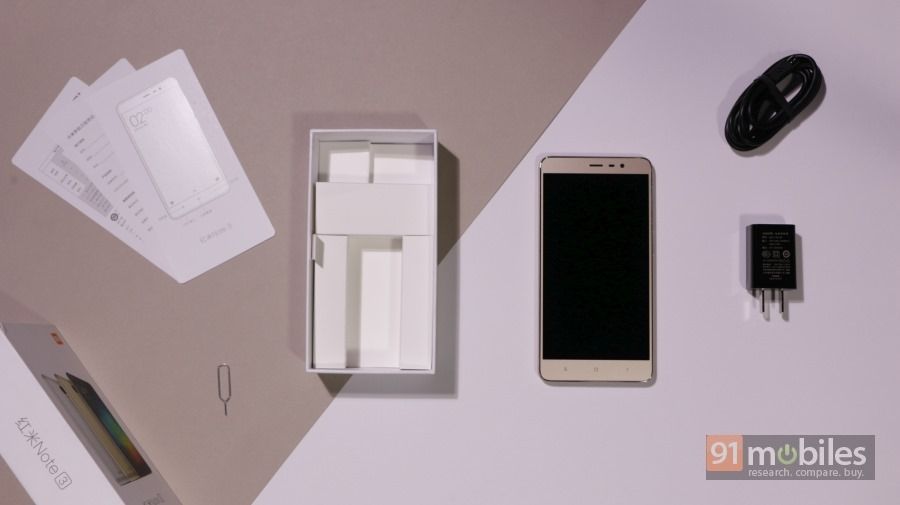 The Xiaomi Redmi Note 3 is the brand’s first metal-clad smartphone, and its first to sport a fingerprint scanner. The phone sports a 5.5-inch full HD display, gets 2GB or 3GB of RAM, 16GB or 32GB of inbuilt storage (depending upon the variant you choose), 16MP/5MP cameras, and a beefy 4,000mAh battery. The Redmi Note 3 sure sounds like a compelling offering, but we’d like to save our say for later.
ShareTweetShare

91mobiles Awards 2016: nominees for the Budget Phone of the Year