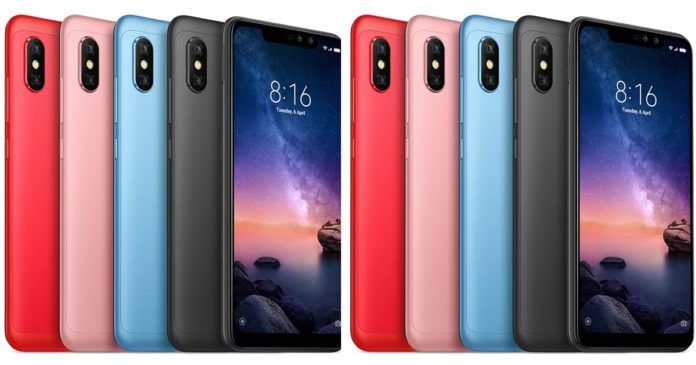 “The Redmi Note 6 Pro will be a mid-range offering with a 6.26-inch notched display and a 4,000mAh battery” 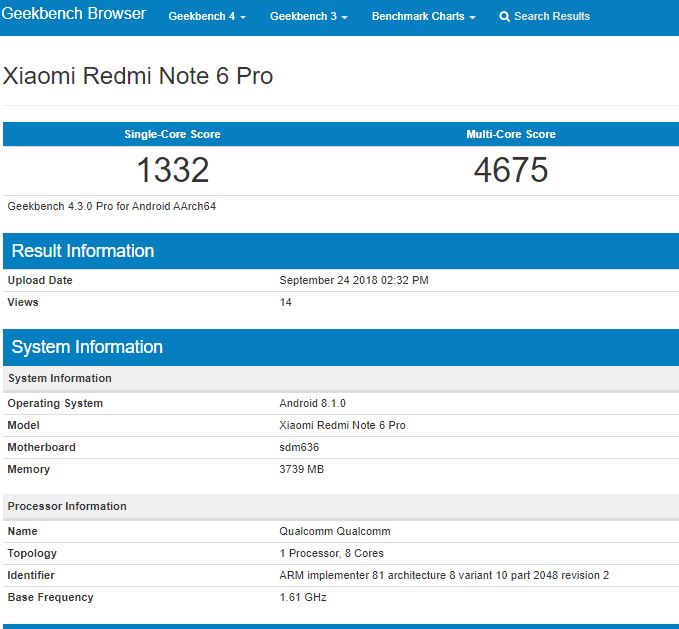 The upcoming Xiaomi Redmi Note 6 Pro’s Geekbench listing suggests that the phone could flaunt a Qualcomm Snapdragon 636 SoC, which is in line in the earlier leaks. The benchmarks suggest that the smartphone will boot Android 8.1 Oreo out of the box. The Snapdragon 636 SoC on board is expected to offer a clock speed of 1.61GHz. The listing also suggests that the handset could offer 4GB of RAM. On the benchmarks, the phone has a single-core score of 1,332 and a multi-core score of 4,675. 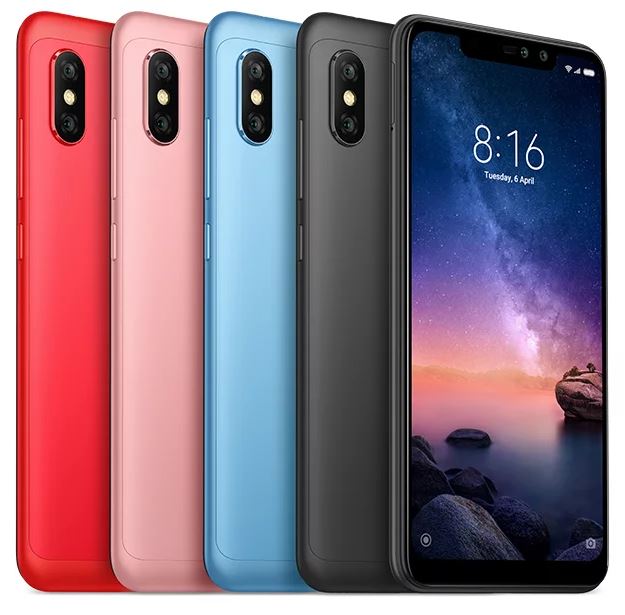 According to the recent listing on AliExpress, the Redmi Note 6 Pro could offer a 6.26-inch notched display with a resolution of 2,160 x 1080 pixels and an aspect ratio of 19:9. The phone is tipped to sport a dual 12MP + 5MP camera setup at the rear, and a dual 20MP + 2MP setup on the front. One of the variants of the handset is expected to arrive with 3GB of RAM and 32GB of storage. A 4,000mAh battery is expected to complete the list of the specs of the device.

If the reports are to be believed, the Xiaomi Redmi Note 6 Pro could be available at a starting price of Rs 14,500. The phone is expected to be available in black, blue, rose gold, and red colour variants. We should have more details about the handset in a matter of days, so stay tuned.