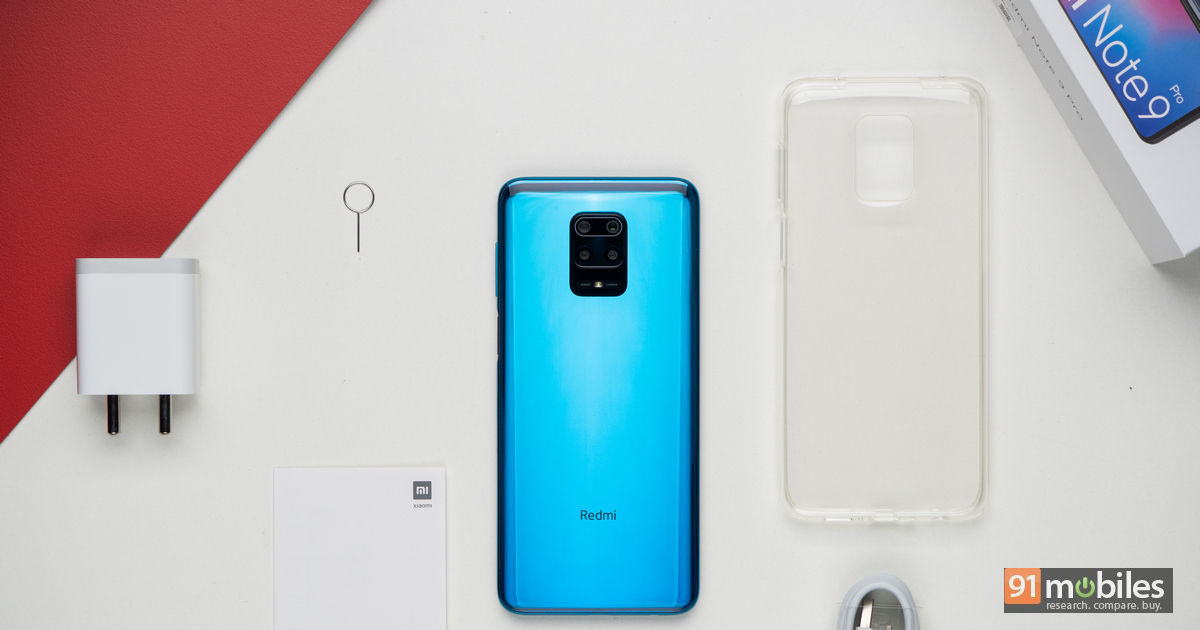 Xiaomi has had a relatively quiet 2020 in India so far while Realme has been making all the noise. The POCO X2 (review), coming from a brand formerly under the umbrella of Xiaomi, has been just been the only device related to the Chinese smartphone maker that has generated some hype as of late. That is now going to change as Xiaomi is going on the offensive with the launch of its Redmi Note 9 Pro, which is part of the company’s signature and best selling Note series lineup. Announced at a starting price of Rs 12,999, the Note 9 Pro goes up against the Realme 6 (review) and 6 Pro (review). Here are my first impressions of the device. 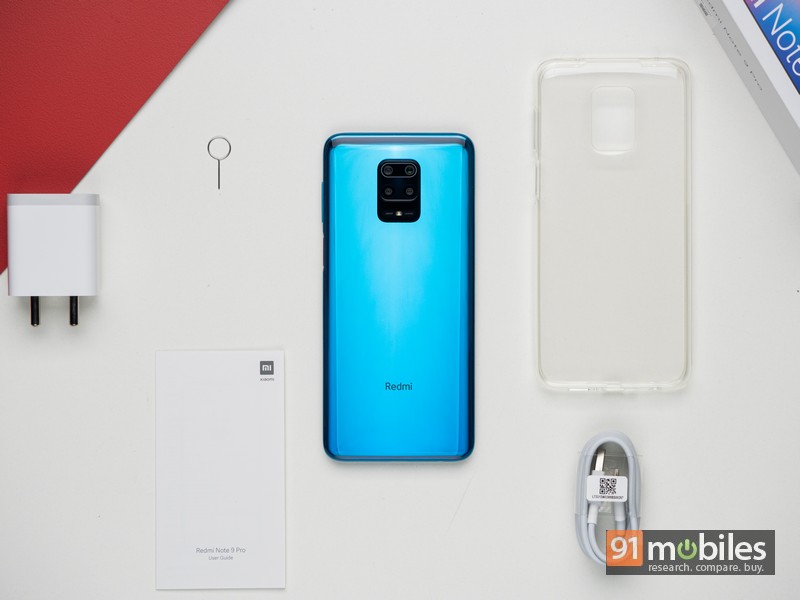 Opening the box of the device is a fairly standard ‘Note’-worthy experience (excuse the pun). The first thing that we see is the phone which has been placed under a separate casing which contains the transparent silicone case and documentation for the device. Under the phone is an 18W fast charger and a Type-C cable. As usual, Xiaomi has not put in a pair of headphones in the box, as has been the case for all Redmi and Note series smartphones. 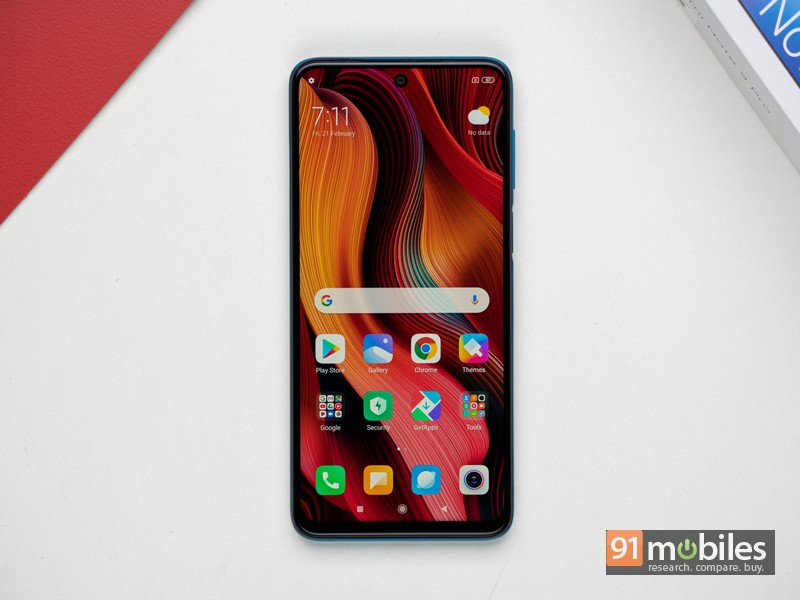 Let’s take in the design for a moment. To my eyes, the Note 9 Pro happens to have an extremely Mate 20 Pro (review)-like vibe to it, with the quad-camera setup arranged in a matrix format. There is also an extremely bright finish on the back, which reflects light in all kinds of crazy patterns. More on that in the full review. 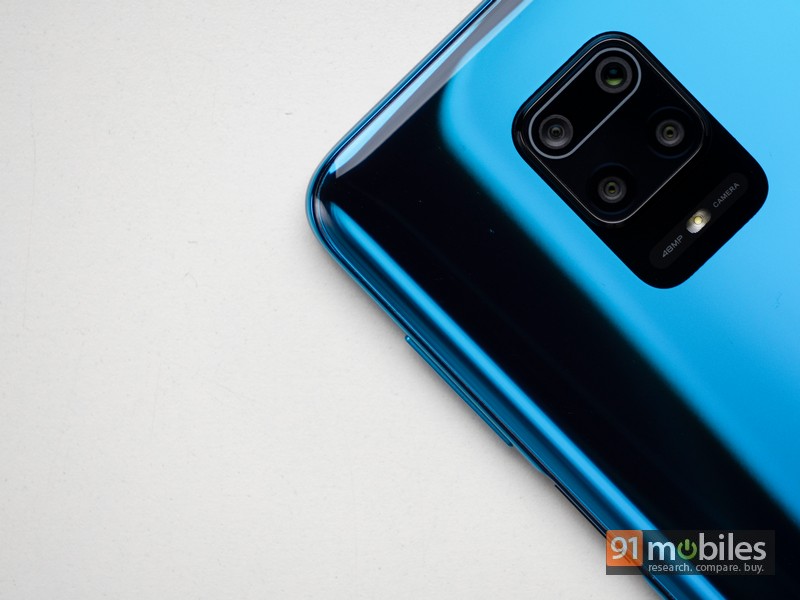 Ports and buttons on the device include a side-mounted fingerprint sensor placed on to the power button on the right, placed below the volume rocker. It’s good to see the headphone jack still present on the bottom along with a speaker grille and a Type-C port. The display on the Note 9 Pro is slightly on the taller side with a screen size of 6.67-inch, FHD+ resolution and a 20:9 aspect ratio. It’s an IPS LCD panel with a single hole-punch cutout at the top centre for the selfie shooter. My initial impressions of the display were quite good in terms of contrast ratios and brightness levels although I found the lack of a higher refresh rate slightly disappointing. Stay tuned for my full review for more. 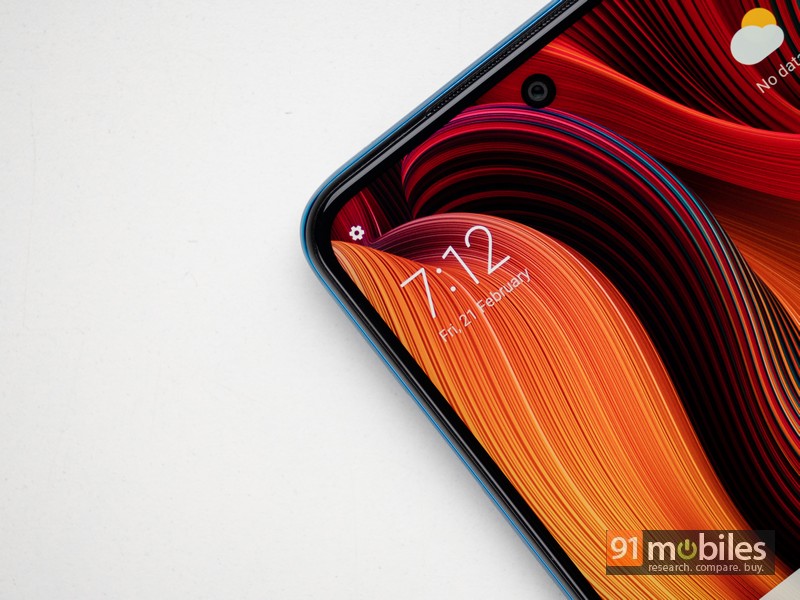 Optics-wise, as mentioned before, the phone sports a quad-camera array with a significant camera bump at the back. Xiaomi has made use of the new 48MP Samsung ISOCELL GM2 sensor for the primary camera, supported by an 8MP ultra-wide sensor with a 120-degree field of view, a 5MP macro shooter with a focus range of 2cm – 10cm and a 2MP depth sensor for bokeh shots. 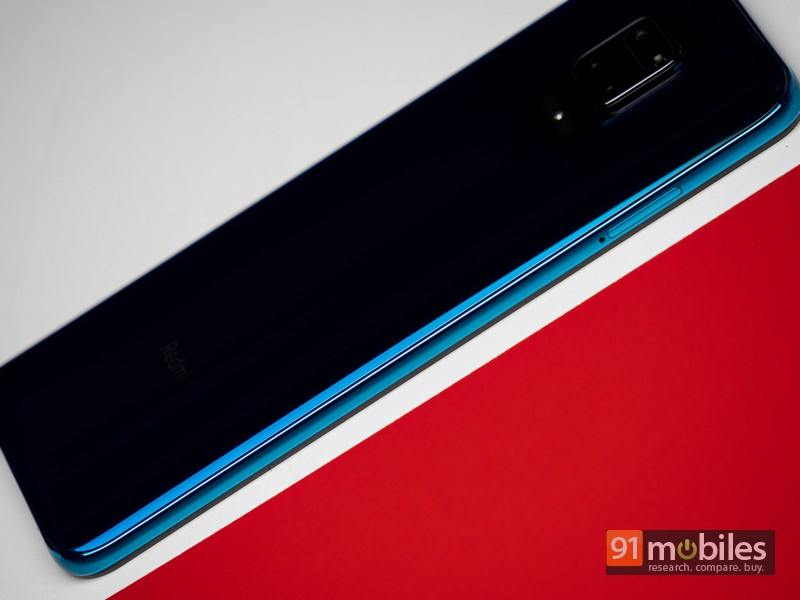 In terms of performance, the Redmi Note 9 Pro opts for the Snapdragon 720G chipset. This year around, the Pro model also comes with 4GB of RAM instead of the 6GB starting option. Storage options go till 128GB although you can add a 512GB microSD card as well. MIUI 11, which is based on Android 10, runs on the device. Oh, and the phone has a beefy 5,020mAh battery that charges at 18W speeds, and a compatible charger is included in the box. 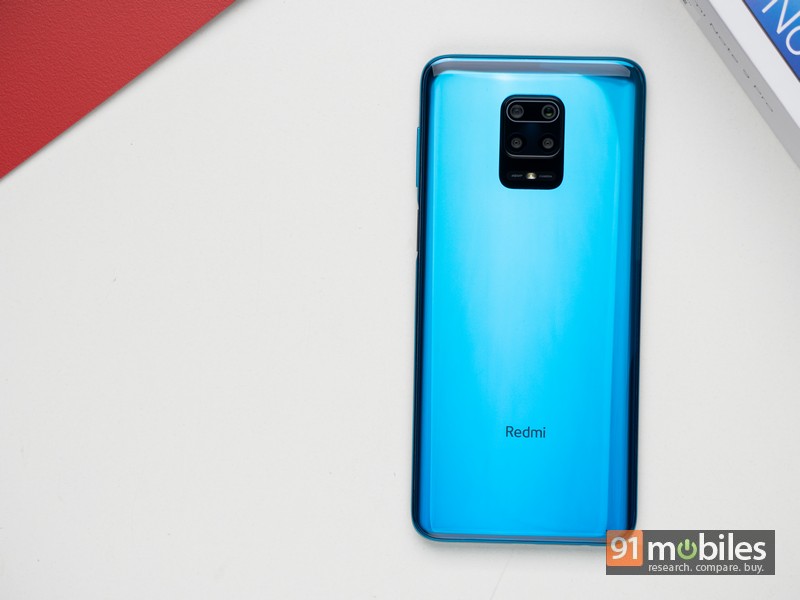 My parting thoughts on the Redmi Note 9 Pro are mostly positive. Xiaomi has focused quite a lot on the general visual appeal and aesthetics of the phone, separating it from the sheep in the market. Time will tell if the camera and performance on the Note 9 Pro would help it make a mark for itself among the strong rivals it’s up against, so stay tuned for the full review which will drop soon.