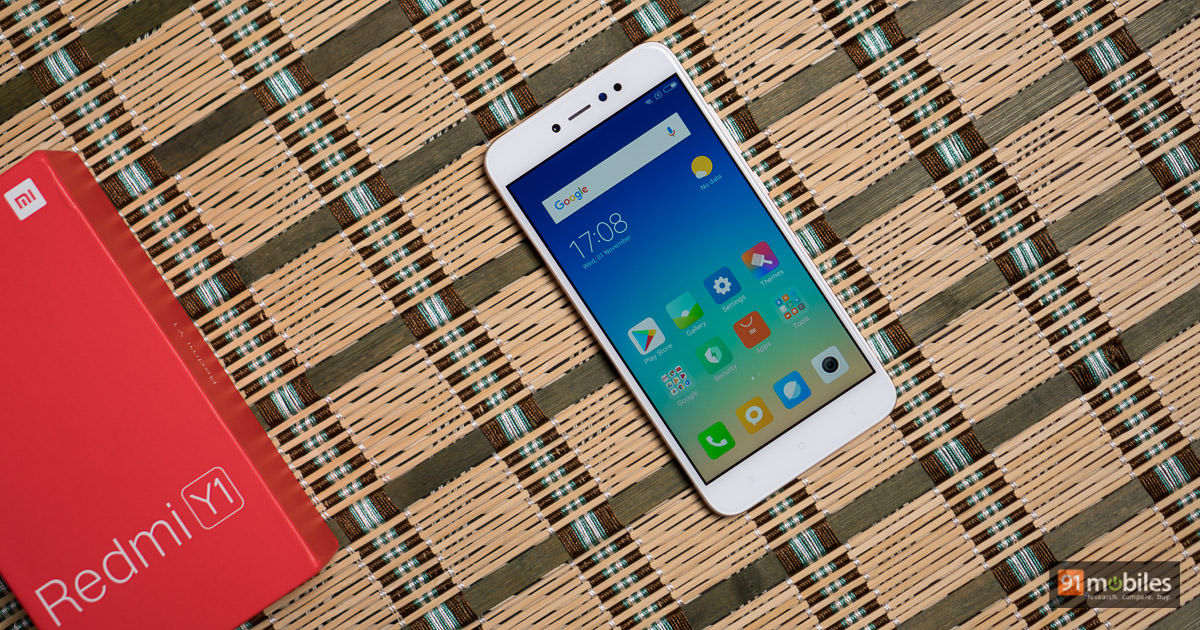 Xiaomi has kept itself away from the ‘selfie-centric’ game for the longest time, refusing to give in to the trend. This, however, changes today with the launch of the Xiaomi Redmi Y1, part of a new series of smartphones that will cater to the selfie-conscious crowd. OPPO and Vivo have had free reign when it came to this segment, helping them establish a significant presence in the Indian smartphone market, but with Xiaomi entering this segment, the status quo is definitely up for some disruption.

Our unit came in a nice bright red box, which seems to be the retail packaging. Xiaomi keeps it simple with the box, contents of which include the phone itself, a 10W charger along with a micro-USB cable, a SIM ejector tool and some documents. There are no earphones in the box, something we’re not too worried about. After unboxing the Xiaomi Redmi Y1, we spent some time with it and here’s what we think of the device. 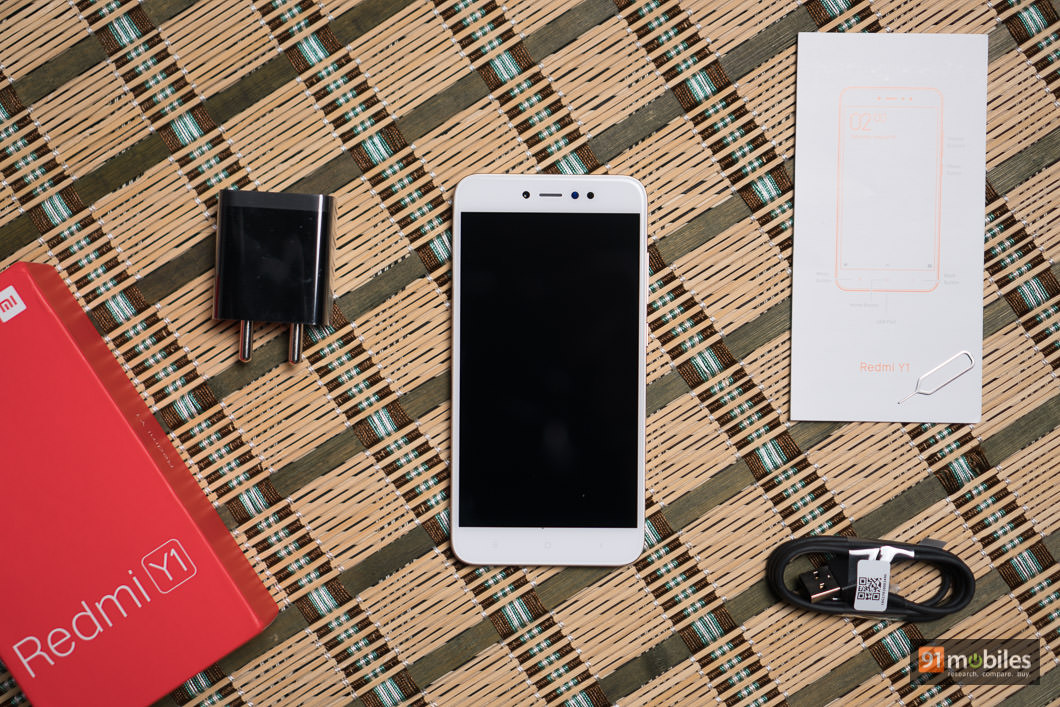 Xiaomi keeps things really simple with the Y1. As a new category of smartphones aimed at selfie-centric audiences, the design utilised for this phone is simple and plain. The back feels like plastic to the touch and the finishing is clean and smooth. Our unit is the Gold variant with a white coloured bezel on the front. The good thing about the choice of build materials of the phone is that it makes the phone rather light to hold and use. The right side of the phone is where you will find the power button and the volume rocker, all of which have enough play so that pressing them feels comfortable and on the right is the SIM card tray. Now the Xiaomi Redmi Y1 is a dual-SIM smartphone (nano-SIM) which gives the user a dedicated microSD card slot. This means you won’t have to choose between using two SIM cards OR having higher than the 32GB of onboard storage. The tray is awkwardly long, but at least you get all the functionality without any compromises. 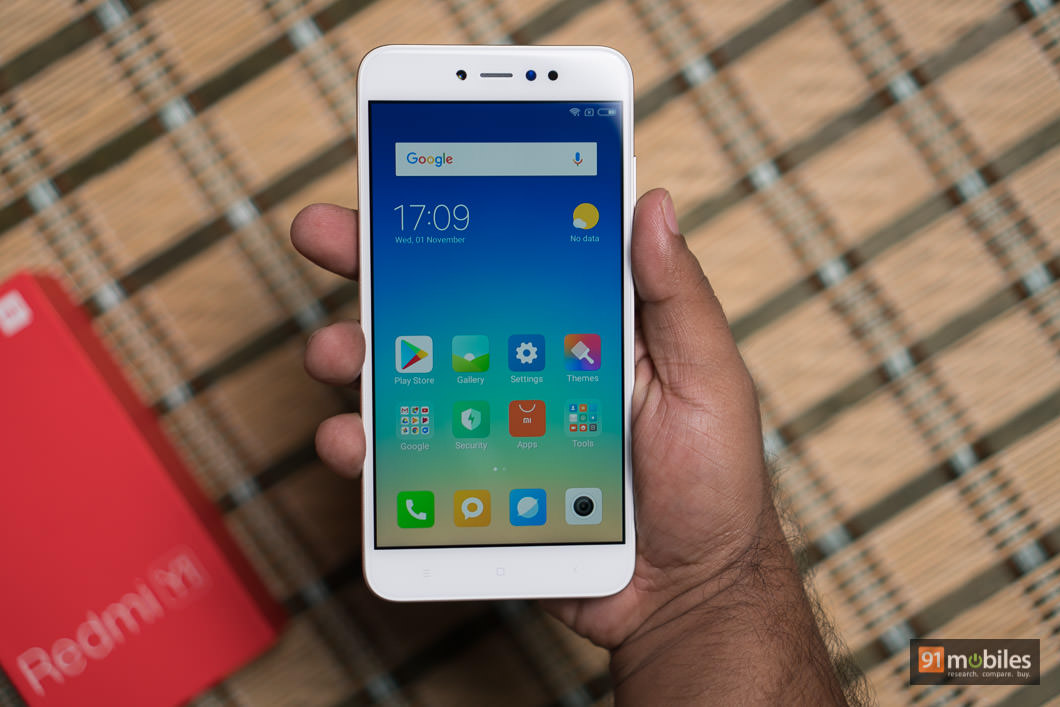 The Xiaomi Redmi Y1 is powered by an octa-core Qualcomm Snapdragon 435 SoC paired with 3GB of RAM with 32GB of onboard storage. On the rear, we have a 13 Megapixel camera with PDAF accompanied by a single LED flash. However, the real highlight of the Xiaomi Redmi Y1 happens to be its front-facing camera. This front facing camera sets the Y1 apart from every other Xiaomi device, given that this is a selfie-centric phone. There is a 16-megapixel camera on the front accompanied by a single soft LED flash. Up until now, Xiaomi has not incorporated a flash into the front camera setup, but this is different. Interestingly, instead of looking like a typical flash unit with a frosted piece of plastic on the front, the LED essentially blends into the front panel thanks to its dark finish. It looks like it could just as easily be a sensor opening, but when you turn on the front facing camera in the dark, a light comes out. The display on the Y1 is a rather basic HD IPS-LCD panel, which isn’t anything extraordinary, but in this price range, does not feel out of place either. All of this is backed by a 3,080mAh battery, which given the other specs of the phone, should be able to keep it ticking easily through an entire heavy usage day. 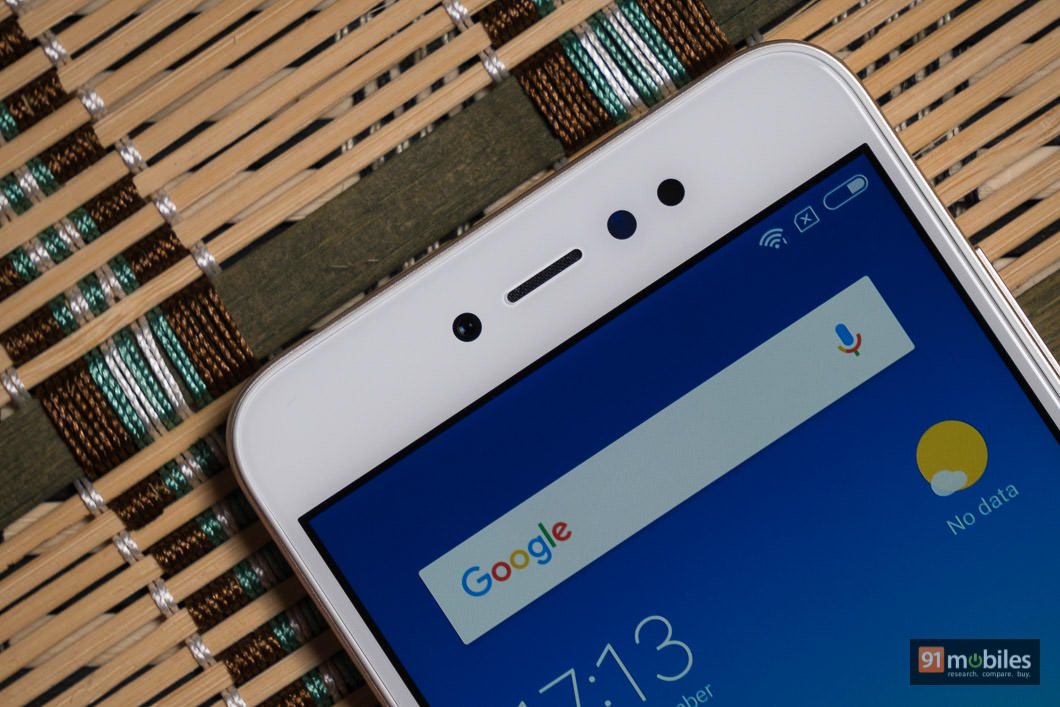 Had this been a smartphone by any other company, it is entirely possible it would get lost in the sea of other similarly spec’d phones. However, this isn’t just another phone. It is a smartphone made by Xiaomi, a brand that is deeply loved by the Indian consumers. After many years, Xiaomi is finally making available a device that is solely targeted at those consumers for whom, the primary purpose of a smartphone is to take a selfie. In the price bracket, Xiaomi is also offering a fingerprint sensor, and despite the otherwise average specification sheet, is a perk everyone can grow to appreciate. We feel that the battery life on the MIUI 9 running Xiaomi Redmi Y1 should be moderately impressive, which if true, could catapult the Y1 into the category of one of the top-selling smartphones.