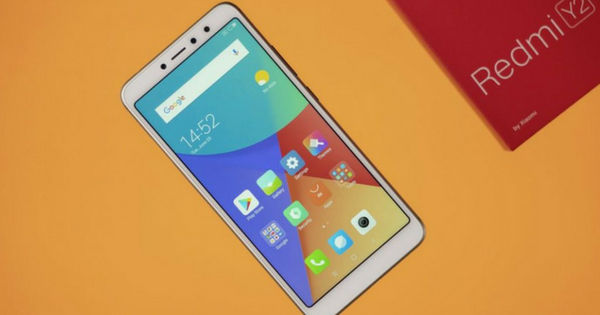 Xiaomi has announced a price cut on its Redmi Y2 (review) selfie smartphone, a day after deducting the prices of its Redmi Note 5 Pro smartphone. The handset’s 3GB RAM model will now retail for Rs 8,999 instead of Rs 9,999, while the top-end 4GB model will cost Rs 10,999 down from its previous selling price of Rs 11,999 — announced back in November 2018. The Redmi Y2 with new prices can be purchased via both offline and online stores such as Amazon.in and Mi.com.

Mi fans! Give me an #High5 cause #RedmiY2 is now available at an exciting discount of up to ₹3000! 👊

Celebrating the New Year 2019, Xiaomi giving impressive discounts on its products. The Redmi Y2 is the third such announcement and there’re two more to come in the next couple of days. Xiaomi introduced the Redmi Y2 smartphone back in the summer of 2018. The successor to the Redmi Y1 comes with a 5.99-inch 18:9 aspect ratio display and full HD+ resolution. It’s powered by Qualcomm’s Snapdragon 625 chipset under the hood, accompanied by up to 4GB of RAM and 32GB/64GB expandable storage.

In terms of photography, the Redmi Y2 packs a 16-megapixel shooter with f/2.0, an LED flash unit, AI Beauty 4.0, and Super Pixel technology for selfies. On the rear, it gets a 12-megapixel primary sensor mated with 5-megapixel depth sensing snapper and LED flash. The handset boots MIUI 9 based on Android Oreo out of the box and houses a 3,080mAh battery. Other features include a rear-mounted fingerprint sensor connectivity options like 4G LTE, WiFi, Bluetooth, 3.5mm headphone jack, and micro USB port.