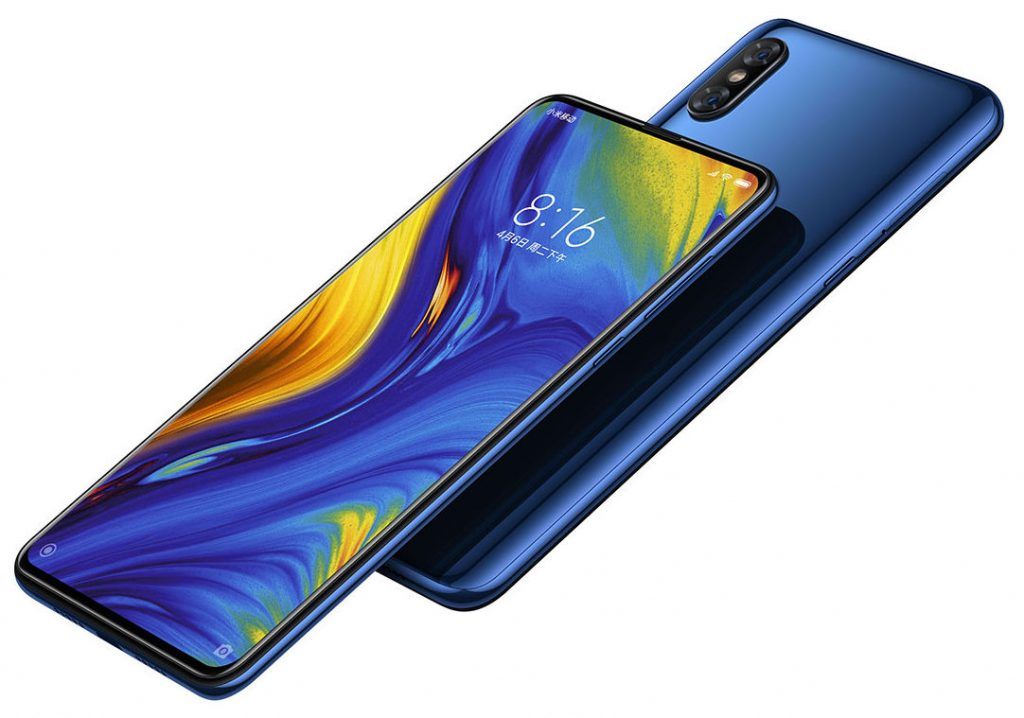 “Xiaomi CEO and co-founder Lei Jun on Weibo said more camera enhancements are coming to 2019, but didn’t reveal what we can expect”

Last year, Chinese manufacturer Xiaomi started a camera department to strengthen its research and development in smartphone imaging. Shortly after the inception of the new camera division, the company started receiving positive reviews from all quarters regarding the camera capabilities of the new Xiaomi smartphones, specially the mid-range ones. Xiaomi CEO and co-founder Lei Jun today announced on Weibo that his company is set to take the improvements and advancements in the camera department even further in 2019. 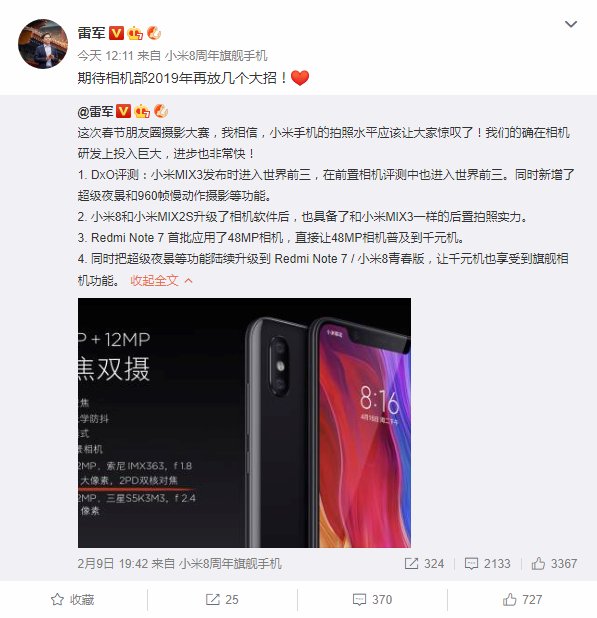 While recalling all camera advancements made in the past year or so, Lei Jun in Weibo post said that Xiaomi is looking to bring forth some significant advancements in cameras in 2019. The brand is apparently investing a lot of time and money on the optics, with the top executive stating that many market-ready improvements will be implemented in smartphones this year.

While Lei Jun did not reveal what we can expect from Xiaomi smartphone cameras in 2019, he highlighted the ones introduced last year. The most notable are that of Mi MIX 3, Mi 8 and Redmi Note 7, all of which came with significant camera improvements. Mi MIX 3 was Xiaomi’s first smartphone to feature Super Night Scene Mode with 960 fps Slow-Mo video recording. This feature was later added to a few other devices including Mi 8 and Mi 8 Lite via software updates. Then there’s the 48-megapixel sensor on Redmi Note 7.