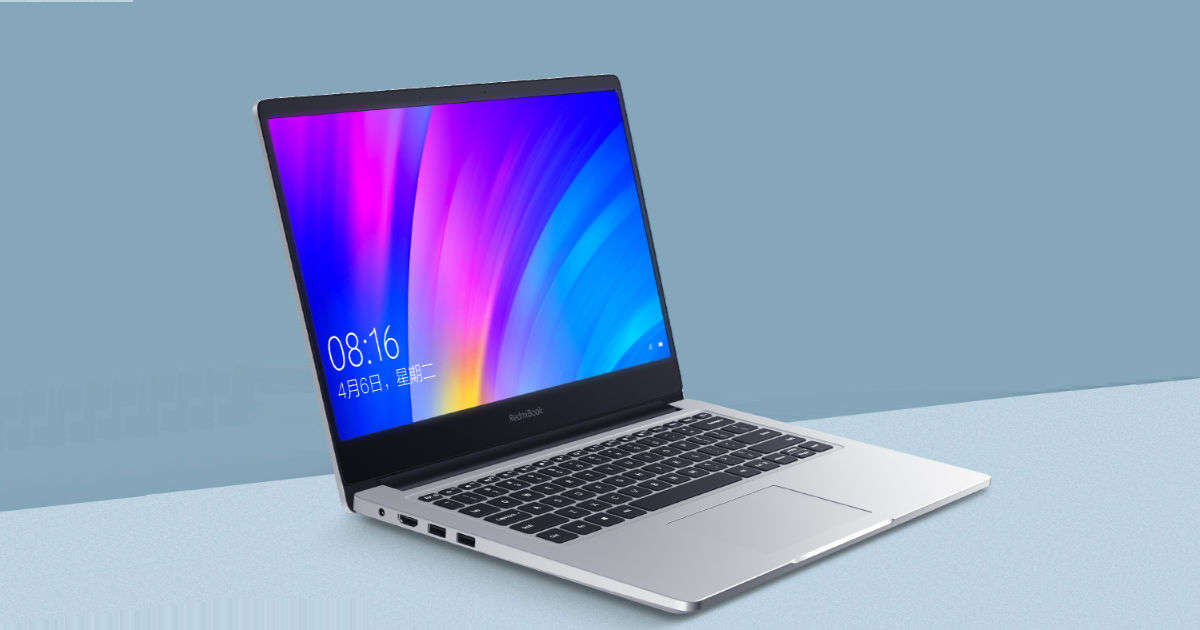 RedmiBook 14 had bagged BIS certification back in March, suggesting the Indian launch could be imminent. While we don’t exactly know when they’ll be debuting officially, it seems like RedmiBook 14 won’t be the only laptop launching. According to noted tipster Ishan Agarwal, Xiaomi India head Manu Kumar Jain during an online meeting with offline retailers across the country has discussed the India launch of Mi and Redmi laptops. Jain said that the brand will be introducing a range of laptops in India very soon, presumably after e-commerce platforms are allowed to deliver non-essential items.

Further, Agarwal in his tweet said that Xiaomi has no plans to launch the Mi Pad lineup in India and said that it has no interest in bringing more tablets to the country. However, no details regarding the Mi 10-series, which was supposed to launch on March 31st, or Mi 10 Lite or Redmi K30 Pro were revealed just yet. Xiaomi is also expected to introduce the vanilla Redmi Note 9 in the country as well. 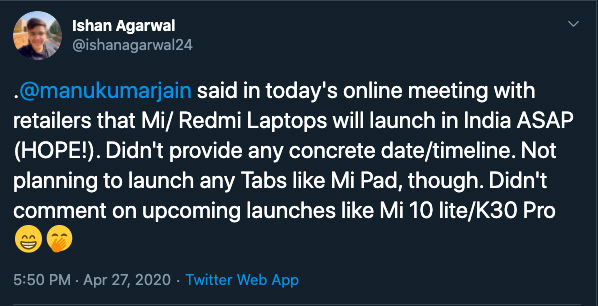 Apart from smartphones and laptops, the Chinese brand is expanding its Mi ecosystem products as well, recently it launched the Mi Vaccum Robot cleaner in the country and the same will go on sale from September 15th.

Xiaomi has already trademarked the RedmiBook name in India and a meeting between the India MDs of Xiaomi and Intel has sparked buzz that the Chinese company is planning to bring its laptop range to the country in 2020. As we mentioned earlier, the RedmiBook 14 has already bagged BIS certification, suggesting it could be among the first laptops launching in India. It sports a 14-inch display with 1,920 x 1,080 pixels resolution and 81.2 percent screen-to-body ratio. The laptop is powered by the 10th-gen Intel Core i7 processor clocked at 3.9GHz coupled with Intel UHD 620 Graphics and Nvidia GeForce MX250 graphics card. It packs 8GB DDR4 RAM, and 512GB of solid-state drive storage.

RedmiBook 14 runs Windows 10 Home Edition out of the box and ships with Xiaomi’s Smart Unlock 2.0 feature that is claimed to unlock the laptop in just 1.2 seconds with Mi Band wearable. Connectivity features include dual-band Wi-Fi that offers a network speed of up to 433Mbps, Bluetooth 5.0, one USB 3.0 port, one USB 2.0 port, an HDMI port, and a 3.5mm headphone socket. The RedmiBook 14 weighs 1.5kgs. There’s a 46W battery with 1C fast charging tech, which is claimed to charge 50 percent in just 35 minutes.