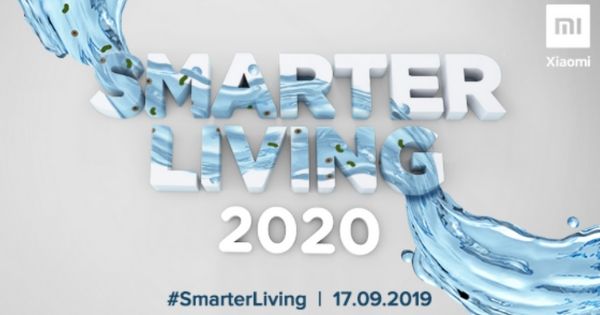 Xiaomi announced earlier this month that it will be launching several new smart home products in India and now the brand has almost confirmed that it will be unveiling Xiaomi Water Purifier soon. The company has scheduled a Smarter Living 2020 event for September 17th where it would be showcasing these products. It has even posted a couple of teasers confirming some of the products that we can expect at the event. We know that Xiaomi would be upgrading its Mi TV line-up in the country. Apart from that, a new teaser now confirms that the company would also be launching a water purifier in India.

The official Xiaomi India Twitter account sent out a tweet talking about safe and healthy drinking water. The tweet stated that the upcoming Smarter Living 2020 event has a pure surprise for the consumers. Along with the tweet, Xiaomi also included an image that pretty much confirms that the new product is going to be a smart water purifier.

Mi fans, with the #MiWaterTDSTester, we brought you a device that could check the hardness of water.

But how can we make sure that you drink healthy and safe water all the time? #SmarterLiving 2020 has a pure surprise for you!

Can you guess what we're on about? pic.twitter.com/0g8iUCcL9n

Xiaomi already sells a water purifier in China, so thus isn’t really a territory for the company. The company sells several different water purifiers in its home country. However, it would be a great new addition to Xiaomi India’s product portfolio. In July this year, the company launched the Mi Water TDS tester in the country to test the hardness of water. The new water purifier will go well with the TDS tester. Xiaomi has also added a teaser on its official Mi India website, which states ‘Is the water you’re drinking truly smart?’. In China, the most basic water purifier sells for around Rs 10,000.

We also expect Xiaomi to launch the new Mi Band 4 fitness band at the event. The official page also reveals that the company could unveil new smart lighting and other smart-home products for daily use. Xiaomi already sells a Smart LED bulb in the country. We will have to wait till September 17th to find out what Xiaomi has in store for us. Water purifiers are a must in India and there is definitely a huge market that Xiaomi can tap in to.