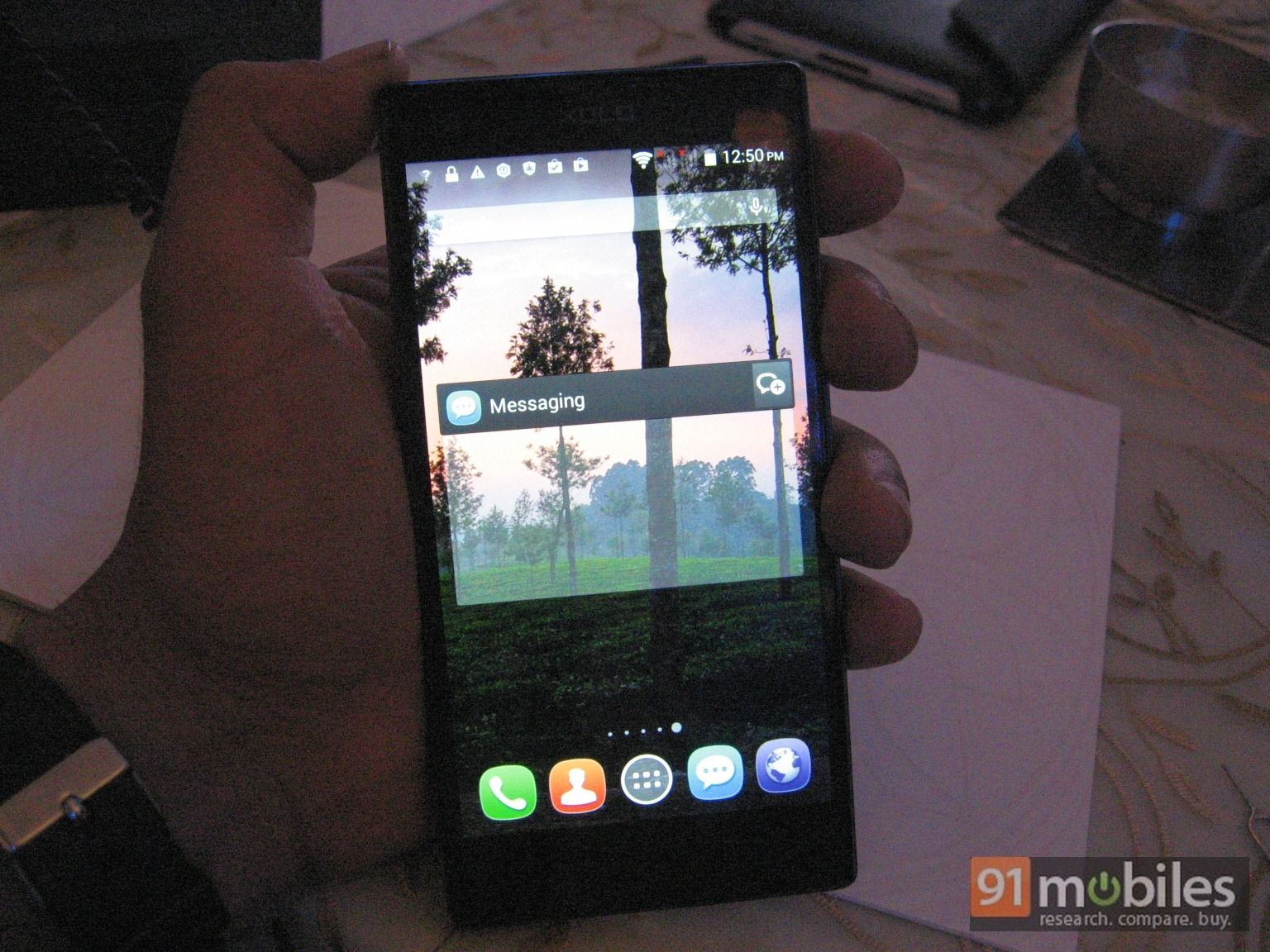 “In essence, the Connect app from XOLO is the highlight feature of the HIVE user interface and compelling enough for users to buy the 8X-1000 Android smartphone” 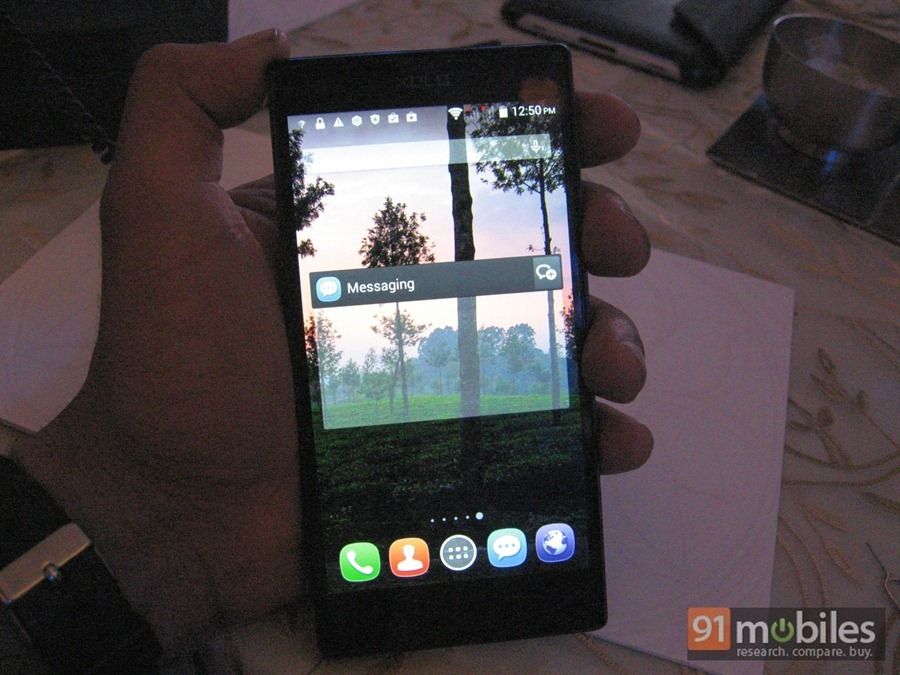 Calling HIVE just a user interface would be an understatement for sure, as it not just something that looks pretty and offers a number of stylish icons to flaunt. This and more such interesting things about the 8X and the HIVE UI, in our first impressions of the device. 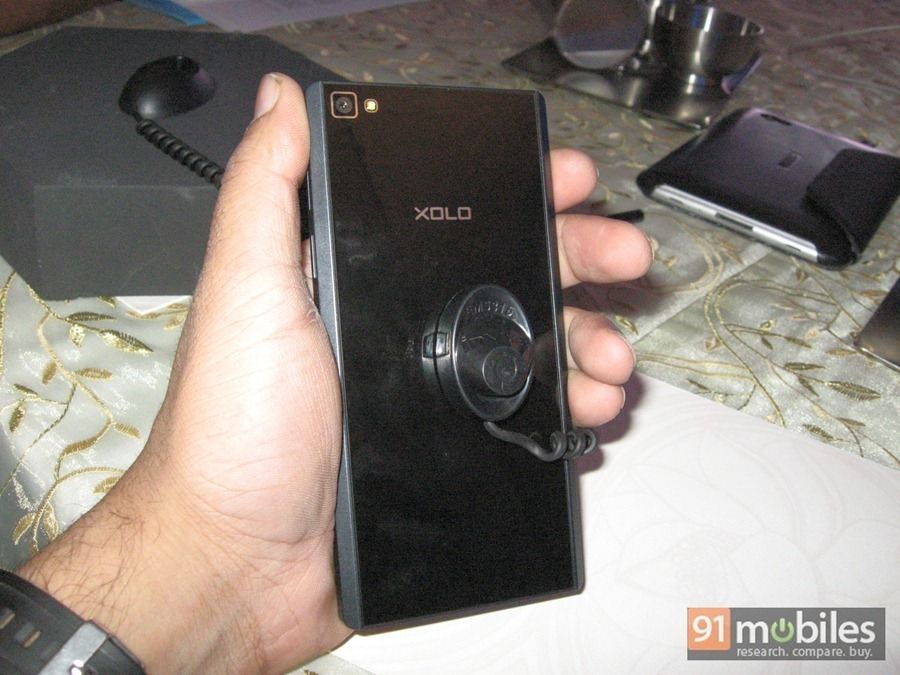 As far as the look-and-feel of the device goes, XOLO has definitely gone full throttle on the innovations front and offered India’s most affordable glass-sandwich design featuring not just on,e but two premium scratch resistant glass materials. XOLO 8X-1000 is the first ever smartphone to feature not just the third-generation Gorilla glass, but also the Asahi Dragontrail glass in the construction of the smartphone. Surprisingly, the Gorilla glass has been placed on the rear side of the device, which really is odd. Anyway, having two-premium scratch resistant glass layers has its own unique advantages and certainly promises longer life for the device. 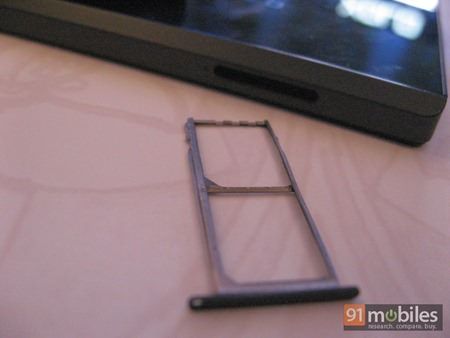 The 5-inch display-based smartphone also features dual-SIM connectivity and offers memory expansion option to the users as well. Both have been made possible with the use of removable trays on either side of the device, out of which the tray on the right houses the memory card, while the one on left houses the two micro-SIM cards. 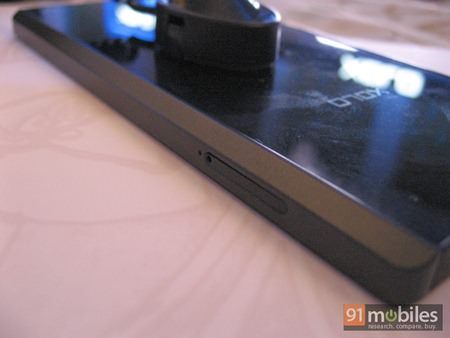 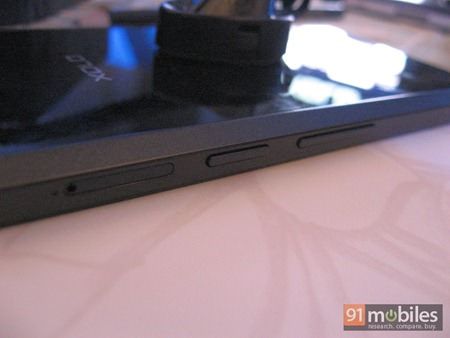 The overall weight of the smartphone has been kept on the lower side, all thanks to the use of polymer materials bridging the gap between the two glass plates. Additionally the lower weight of the device can be attributed to a smaller 1,920mAh battery as well, though we’ll have to see how that impacts battery life. We will be testing out the device and the battery performance in our full review in the coming days. 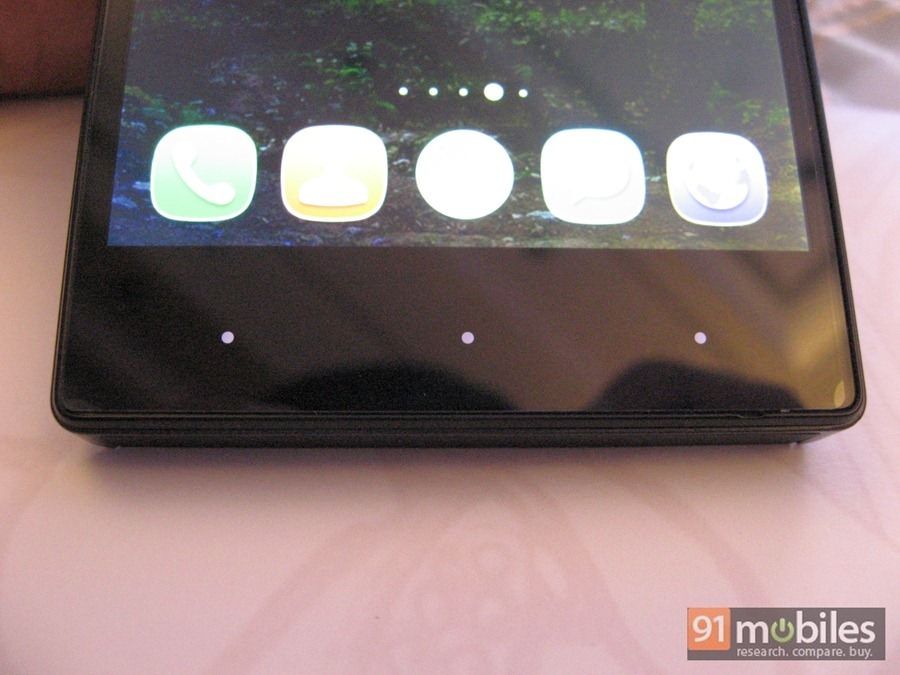 HIVE is the name XOLO has chosen for its new user interface, much like TouchWiz from Samsung or Color UI from Oppo. However, the idea that the company has incorporated behind the new user interface is noteworthy. The HIVE can be divided in to three main aspects, which includes better look-and-feel, a direct connect with the company and lastly, a better experience with customised apps.

In terms of customised apps, connect tops the charts and it is not just an app but also an entire ecosystem which has been developed around the very idea of taking feedback from the users, and offering faster solutions in return. Although this is not something dynamically new, as Xiaomi has been doing this with its MIUI for quite some time now. In fact, Xiaomi is popular for having the shortest possible turnaround times for bug fixes and additions of new features for the users. XOLO in India is also aiming to do that and has promised low turnaround times for issues and features. However, how well the company manages to do that is yet to be seen. 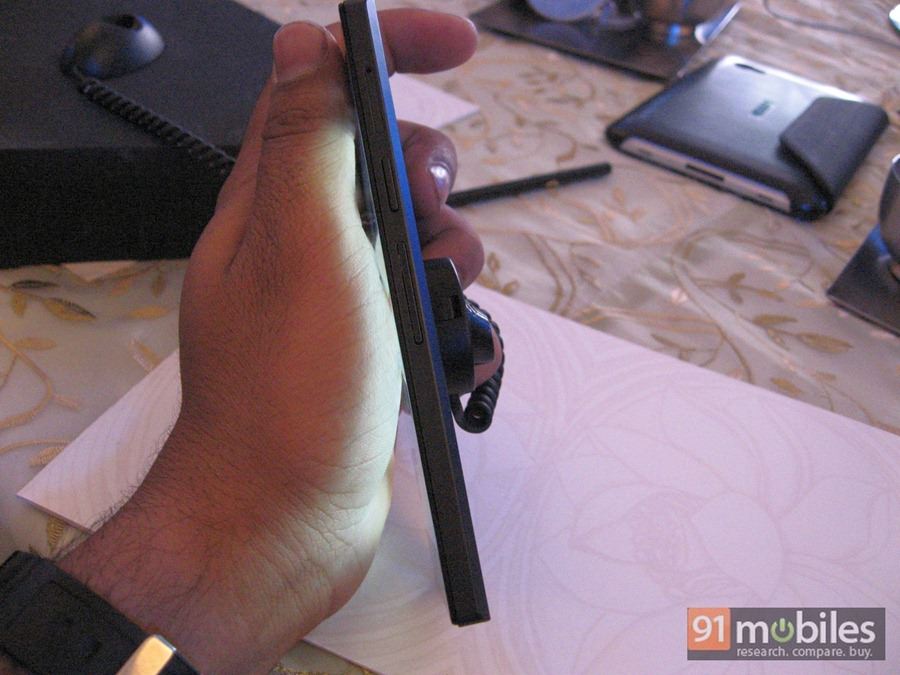 In addition, there is the HIVE key app, which is like a vault to keep all your login information safe, and users can have their personalised profiles for accessing these as well. More information on the software bit we will bring with the detailed review. 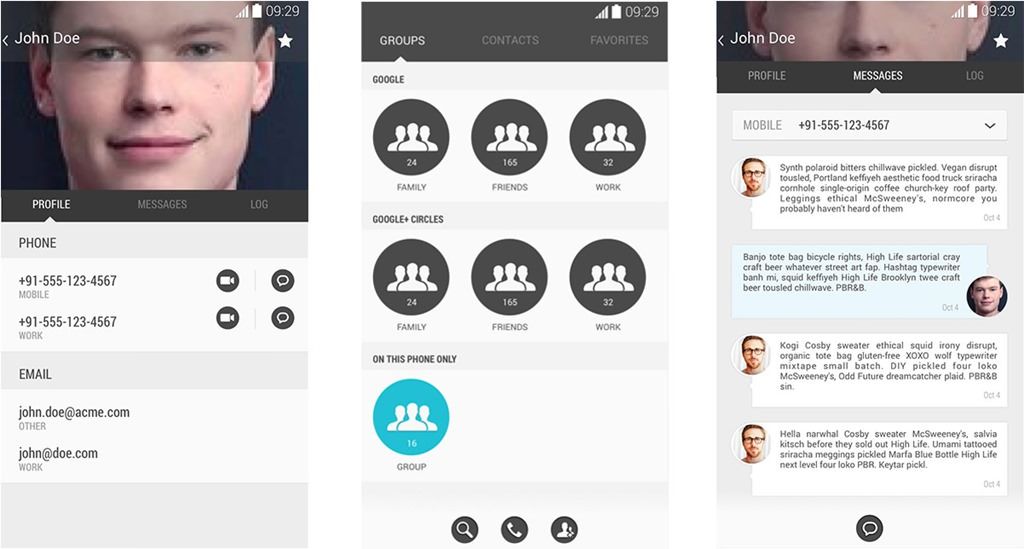 Another key aspect of the HIVE UI is the deeper level of customisation the company is offering to its users in form of custom themes, which are not just limited to change of icons or wallpapers. The company has hired dedicated designers to create specialised themes, each one having its own unique set of features and identity to offer to the users. Lastly, the HIVE UI is centred around offering better and faster access to the users which is another key aspect. 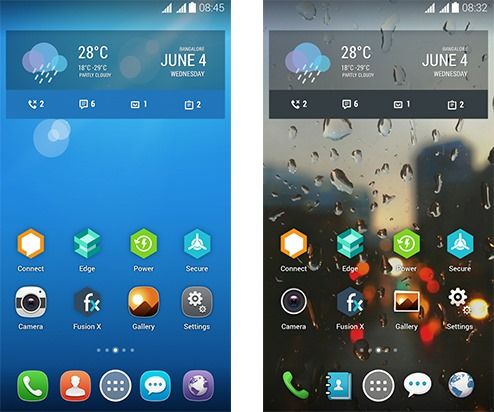 The HIVE UI has been offered with XOLO’s latest offering the 8X-1000, which is not a top-end smartphone, but has some good features to offer. The device is built using a 5-inch HD resolution bearing display protected by Asahi’s Dragontrail glass. Under the hood, the smartphone gets all its processing power from a true octa-core processor from MediaTek running at 1.4Ghz coupled with 2GB of RAM and 16 GB of integrated storage, expandable up to an additional 32GB using a microSD card. At the back, the device gets Corning’s Gorilla Glass 3, which protects it from scratches and accidental knocks. 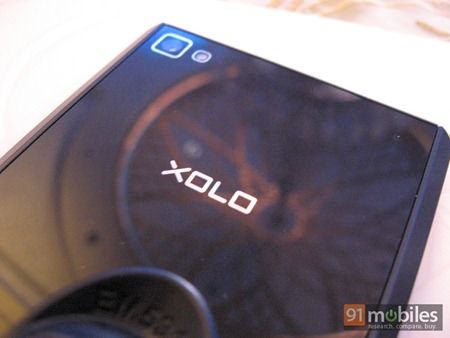 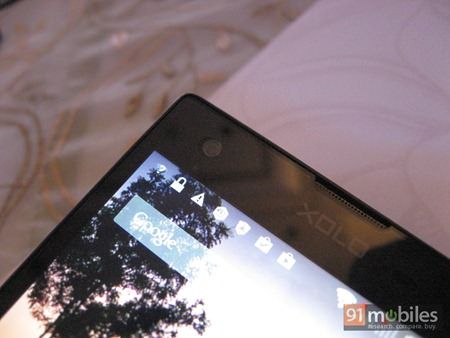 For imagery, the 8X gets an 8-megapixel camera at the back featuring an Exmor R sensor and supplemented by an LED flash. However, the front only manages to get a 2-megapixel fixed-focus camera.

With this, we wrapup our first impressions of the Xolo 8X-1000 with the new HIVE user interface. We will be coming up with a detailed review of the device in the coming days, so make sure to check back to know more about this interesting smartphone.