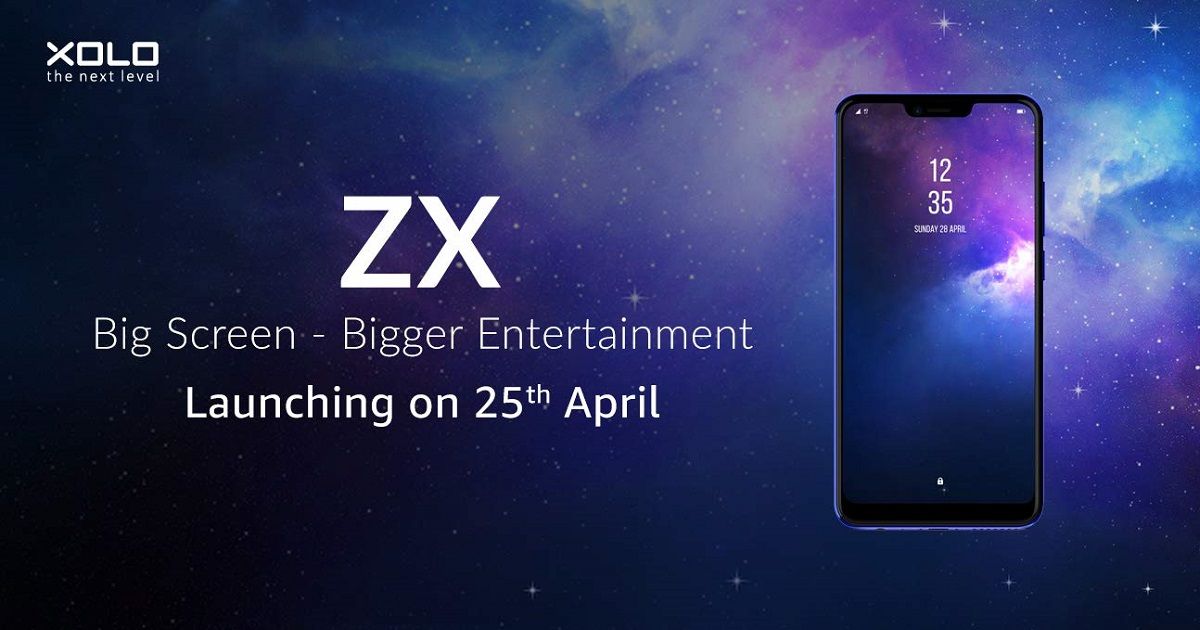 Domestic smartphone maker XOLO will launch a new smartphone on April 25th in India. The phonemaker has shared the details on the e-commerce platform Amazon.in. The handset will be dubbed as XOLO ZX and it’ll be the first handset from the brand to come with a notch. The upcoming smartphone will pack up to 6GB of RAM and come in gradient finish to give it a trendy look. Other highlights include dual rear cameras, an octa-core chipset, and a decent battery life.

Talking about the specifications, XOLO ZX will feature a 6.22-inch display with HD+ (720 x 1520 pixels) resolution and theatre mode. The panel also has a notch up top that houses a selfie camera and other sensors. The phone will be powered by 12nm octa-core chipset – rumoured to be MediaTek’s Helio P22 – paired with 6GB of RAM and an impressive 128GB internal storage.

The handset will also pack a rear-mounted fingerprint sensor and face unlock for security. In the camera department, the XOLO ZX will rock a 13-megapixel main sensor paired with a 5-megapixel depth sensor and dual-tone LED flash on the rear. The front camera gets a 16-megapixel shooter along with an AI Studio Mode for selfies and video calling. The mode is said to allow users play with focus, skin tone, and bokeh effect. The entire setup will be run by a 3,260mAh AI battery that is said to charge the battery from zero to 100 percent in less than two hours. Lastly, the phone will have support for 4G LTE on both SIM cards.

Looking at the specifications, the XOLO ZX will be an affordable offering in the country.