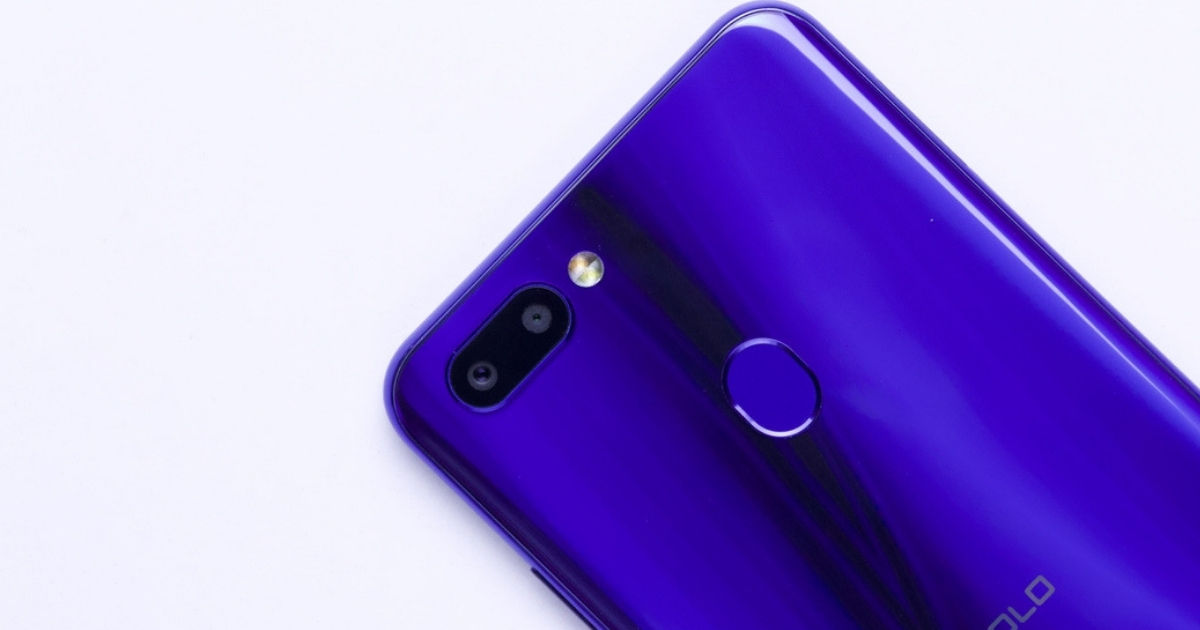 These days, flashy and in-your-face hues are the order of the day in our smartphones, with brands making some unconventional choices when it comes to design and looks. The XOLO ZX that was launched recently in India is the exhibit A of this phenomenon. The smartphone landed in our office recently and after spending a short stint with the device, I am here to share whether it just looks flashy or performs well too. 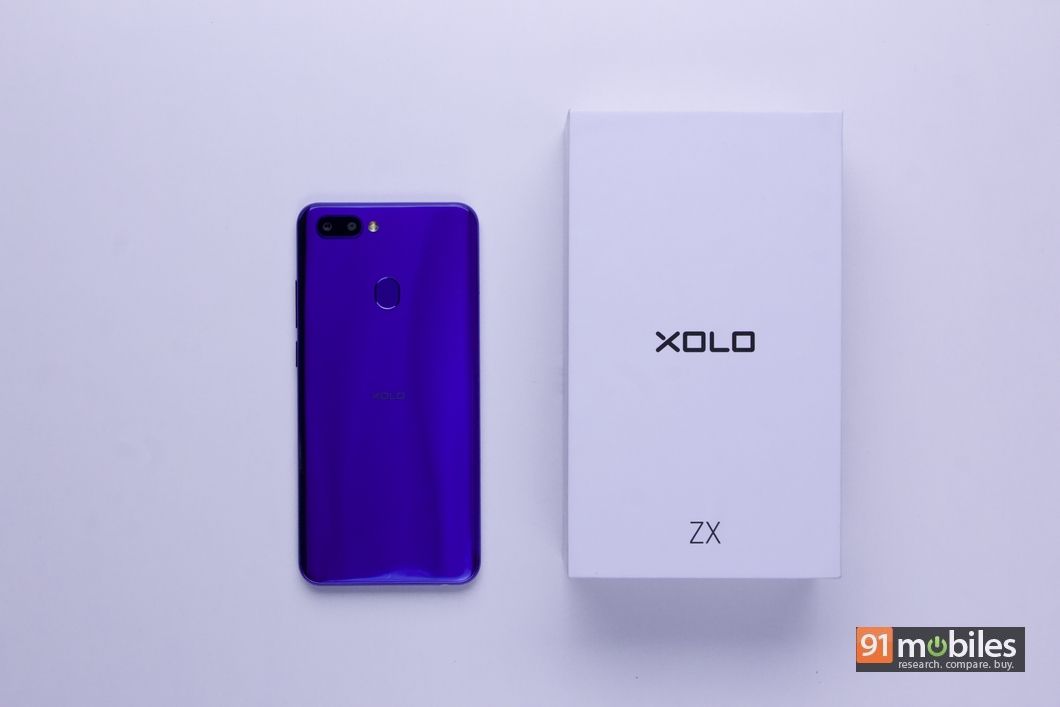 The packaging of the XOLO ZX is the complete opposite of the smartphone with a generic white box featuring branding on top and visuals of the smartphone with key specs listed on the bottom. Opening the lid, you will see the ZX sitting atop a cardboard tray, which is also the sheath for the basic protective case. Under the tray, there is an adapter, micro-USB cable, and SIM-ejector tool. If you love listening to music, then you’ll have to invest in a pair of earphones as XOLO has not provided one with its latest offering. 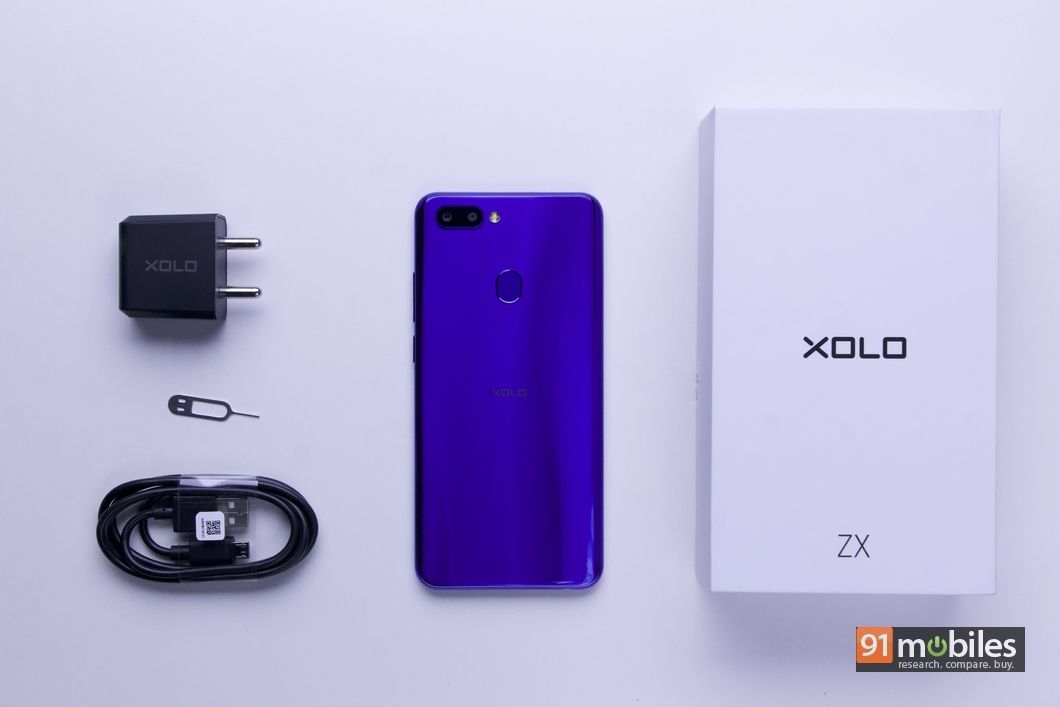 XOLO is offering the ZX in two colourways of Midnight Black and Electric Blue. We received the latter and it does look electrifying, to say the least. The unique colour looks purple when you look at it from the side but when you look directly at it, it appears to be royal blue. The rear panel is home to a dual-camera array with LED flash in the top-left corner, an oblong-shaped fingerprint scanner towards the centre and XOLO branding in the middle. The unique hue also pours over to the sides, where you will find the dual-SIM tray with a dedicated microSD card slot on the right, and physical buttons on the left spine. The bottom edge houses the speaker grille, a micro-USB port and 3.5mm audio socket, whereas the top is bare except for sporting a single mic.

The XOLO ZX is not only the flashiest smartphone from the indigenous brand but also the first phone with a notch display. If I have to draw similarities between the ZX and any other existing smartphone, the fascia of the smartphone reminded me a lot of the OnePlus 6 (review) with an identical albeit slightly larger notch and chin. The display of the handset measures 6.22-inches across and flaunts HD+ resolution. The phone gets Corning’s Gorilla Glass 3 layer for protection. The brand has loaded the smartphone with usual display features like the ability to hide the notch, Night Light and Adaptive brightness among others. The display is pretty bright and sharp but does offer a slightly warmer tint when looking at it from the sides. 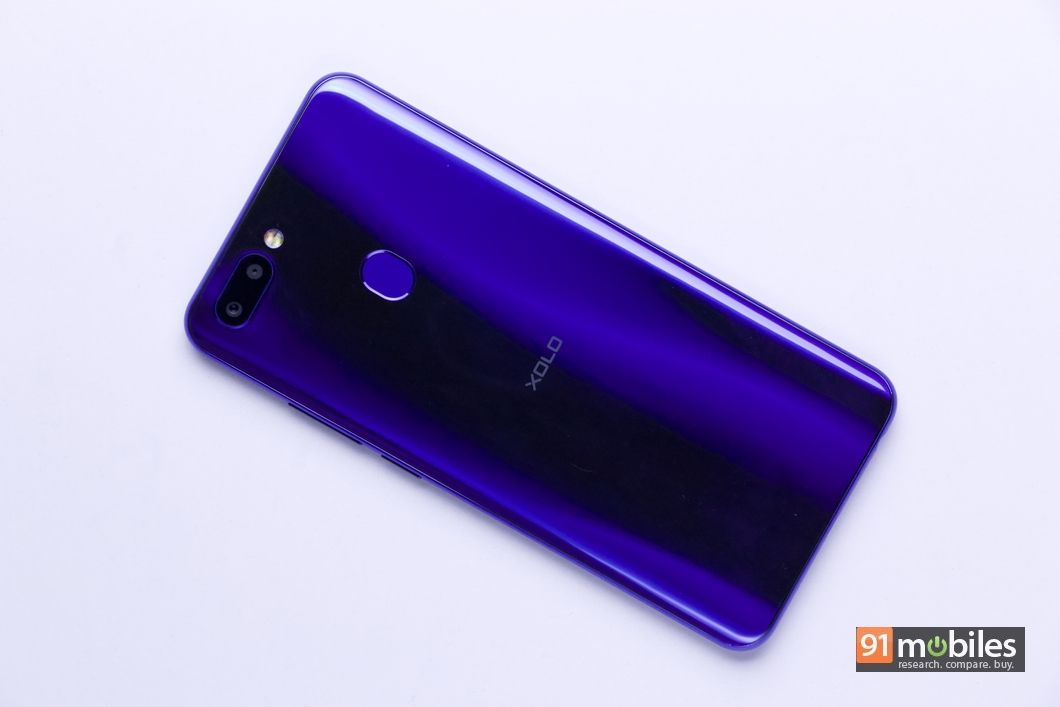 Speaking of features, the XOLO ZX boots Star OS 5.1 which is based on the now-dated Android 8.1 Oreo. The interface is loaded with a fair share of features like gesture control and bloatware, thankfully most of them can be uninstalled. Being able to uninstall bloatware reduces the load on the processor and helps in easing the overall performance of the phone. This brings me to the processor of the handset, which is the MediaTek Helio P22 chipset backed by 4GB / 6GB RAM and 64GB / 128GB storage. I had the 128GB variant with me, of which around 115GB is available to the end user. During my short stint with the handset, the ZX managed to switch between multiple apps without breaking a sweat.

Powering the smartphone is a 3,260mAh battery, which is accompanied by an AI battery feature. XOLO claims that the feature can intelligently detect and kill apps running in the background. 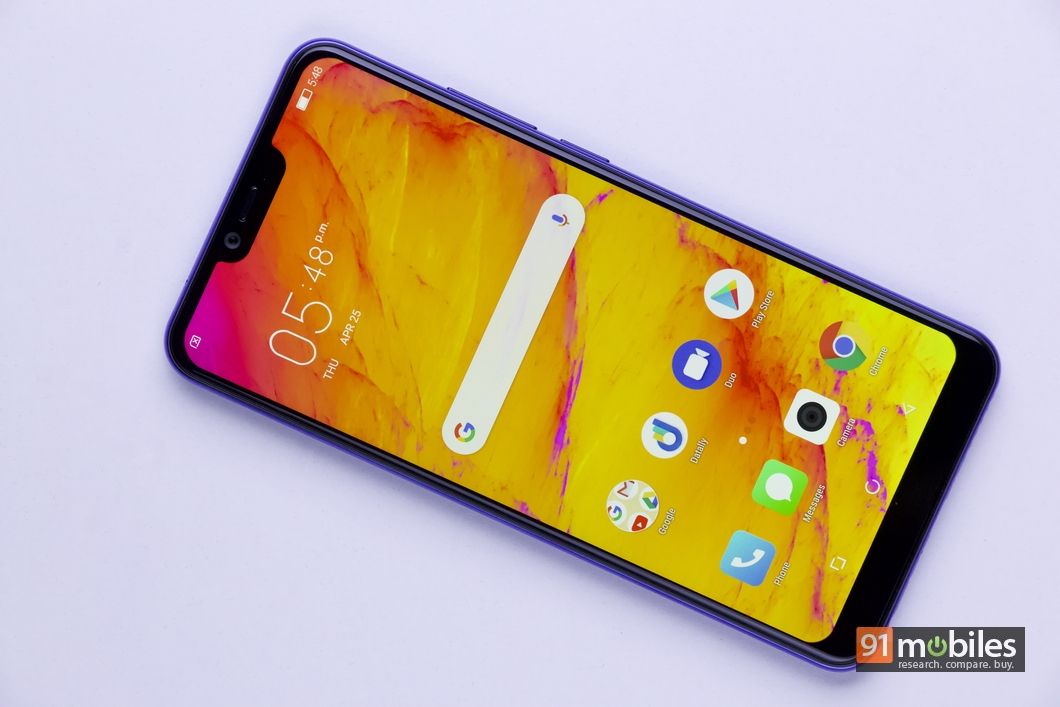 In the imaging department, the dual-camera setup comprises a 13-megapixel shooter backed by a 5-megapixel depth sensor and dual-tone LED flash. The camera app has been loaded with AI-backed features like AI Refocus, AI Portrait, and AI Studio. There is a 16-megapixel shooter on the front, which also gets the same features as the rear camera. I went into camera app thinking that just like every other budget phone, dual cameras on ZX will be gimmicky as well. However, I stand corrected as the initial shots captured from the smartphone were high on details and colours. I was particularly impressed with the portrait mode, which didn’t soften the edges at all and produced an eye-pleasing bokeh. 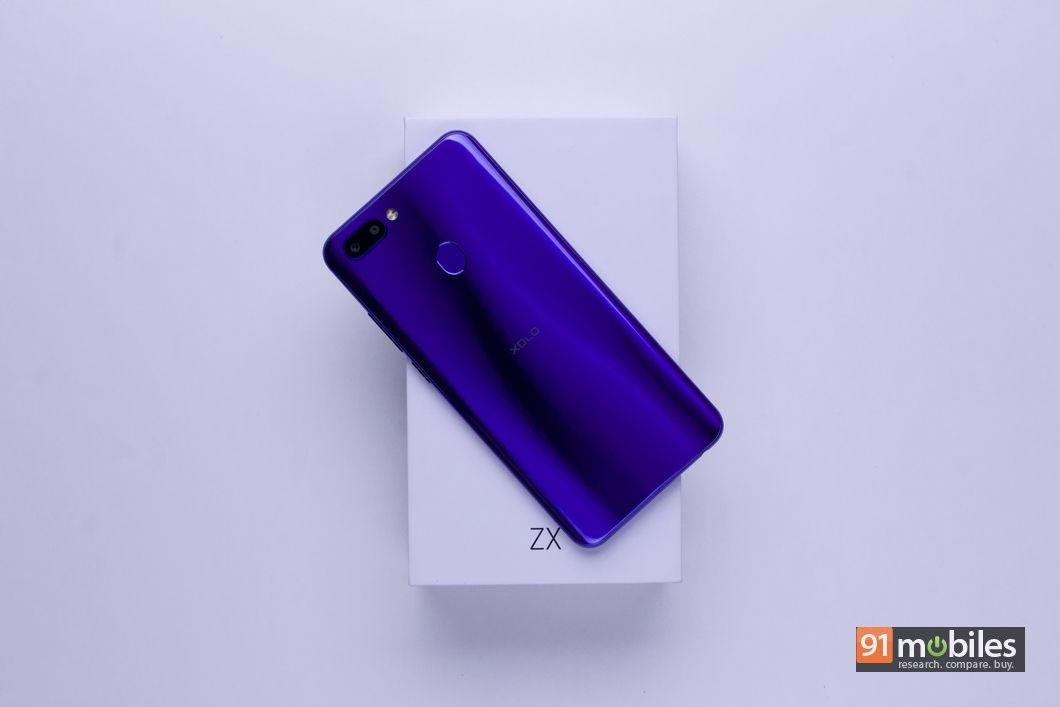 In a nutshell, the XOLO ZX comes packing a decent display, good performance and impressive cameras. However, the smartphone finds itself in a race with the likes of the recently-launched Xiaomi Redmi Y3 (review) and not to mention other solid options in the segment such as the Redmi Note 7 and Samsung Galaxy M20 (review). It’s difficult to make a case for XOLO’s offering against the competition, unless of course you’re looking to buy a smartphone from your neighbourhood retail store. 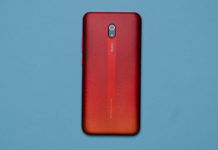 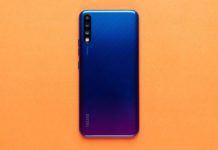 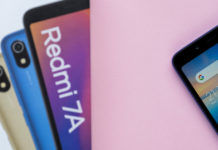 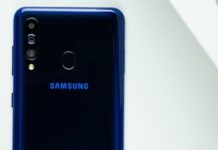 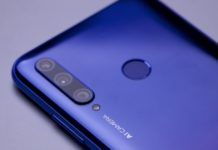 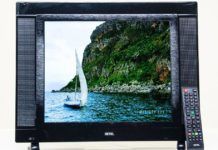 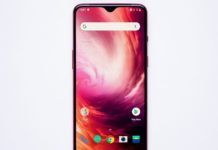 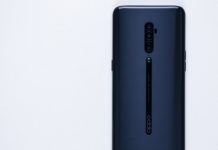 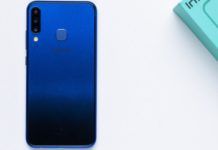 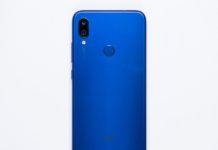