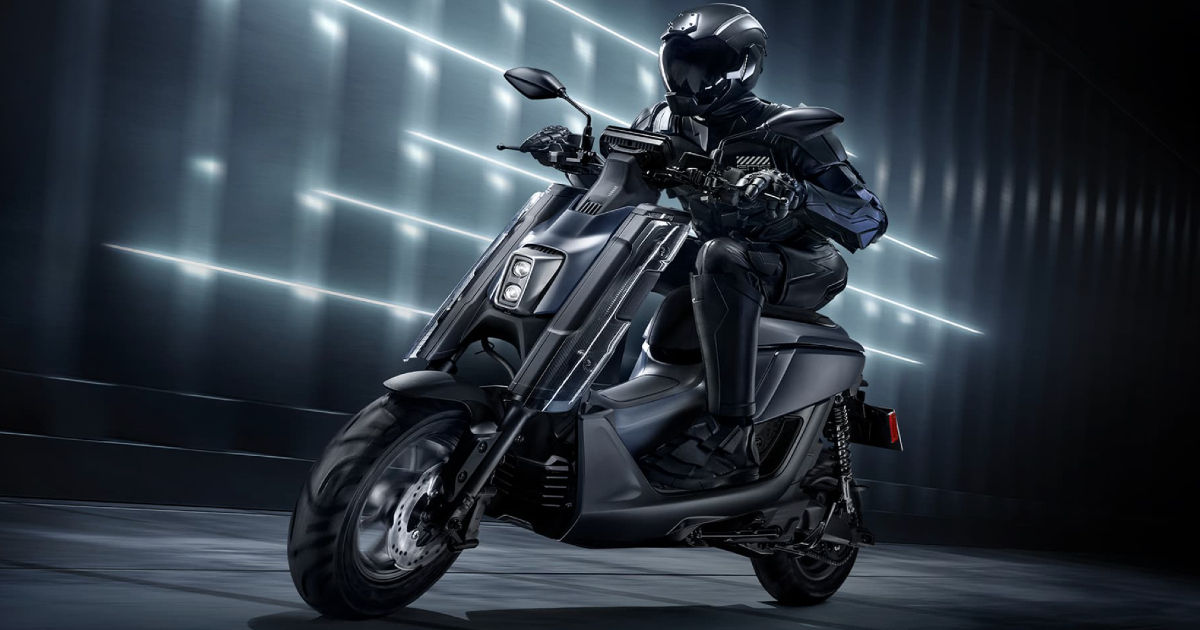 Yamaha EMF electric scooter has been unveiled after the EC-05 was introduced in 2019. It comes in collaboration with urban mobility company Gogoro, which brings multiple benefits like a readymade battery architecture and access to a large network of battery swapping stations. For those unaware, Gogoro has teamed up with Hero MotoCorp for electric vehicles and battery swapping infrastructure. The Yamaha EMF scooter is completely unique compared to regular electric scooters in the segment with futuristic looks combined with aggressive styling that will appeal to the Gen Z audience. 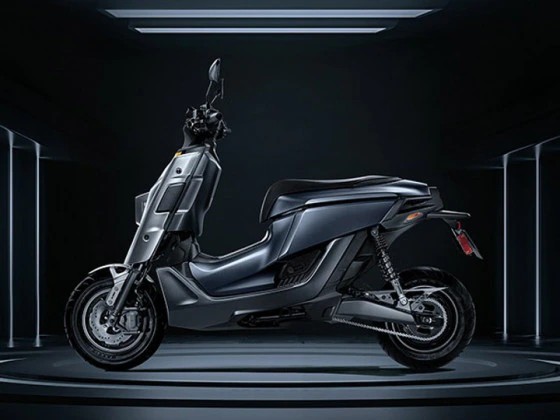 Yamaha EMF comes with dual LED headlamps, a flat front apron with a chiselled profile, trendy rearview mirrors, single-piece seat, afterburner-styled dual LED taillights, and a digital instrument console. Yamaha says there’s small storage space at the centre of the floorboard that can be used for cups, bottles, keys, etc. Speaking of which, the scooter can be turned on/off with an NFC card. The scooter’s connectivity options can be accessed via the Yamaha app. These include the last parking location, fleet management system, and turn-by-turn navigation.

The Yamaha EMF electric scooter utilises a mid-mounted motor that generates 10.30ps of max power at 3,000rpm and 26nm of peak torque at 2,500rpm. It is claimed to go up to 50kmph in 3.5 seconds and the top speed is around 100kmph. The full range of the scooter hasn’t been revealed apparently, but since it relies on Gogoro’s extensive battery-swapping network, customers can visit the swapping network and change the battery easily. As per the estimate, around 97 percent of electric two-wheelers in Taiwan rely on Gogoro’s battery swapping.

Yamaha says the EMF scooter has been designed in a way to achieve improved control and handling. The suspension system comprises upright front forks and dual rear shock absorbers. It has 200mm disc brakes on the front and a 190 mm disc at the rear. The scooter has CBS for efficient braking.