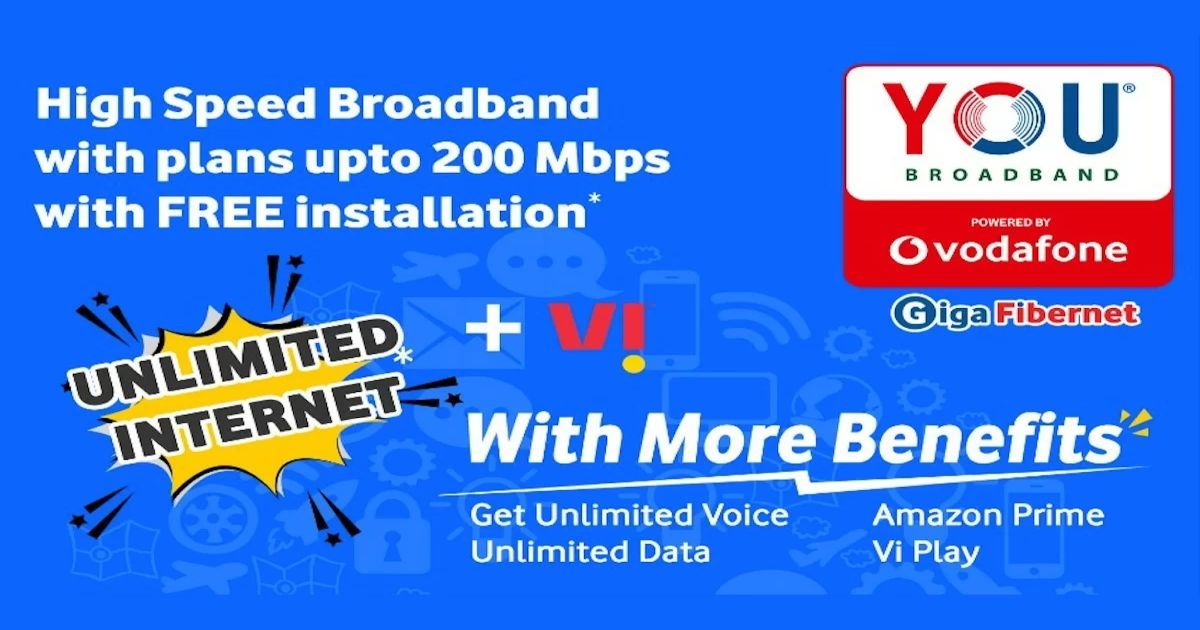 Not many may know this, but popular internet service provider YOU Broadband is actually a subsidiary of Vi (Vodafone-Idea). Both companies have now come together to offer some exciting new plans for subscribers. Telecom Talk received some exclusive information about the new bundled plans, which are only available in the city of Surat for the time being. We can expect them to make their way to the other 22 cities where YOU Broadband and Vi operate in the coming weeks. The move comes after Airtel’s attempt to merge its broadband and cellular packages under the ‘One Airtel’ scheme. We can expect Reliance Jio to follow suit in the near future too.

YOU Broadband has a wide range of plans tailor-made for all kinds of users. Its entry-level 10Mbps plan costs Rs 1,800 and comes with a validity of 360 days. It is uncertain if this plan comes bundled with a corresponding Vi plan. We should get more clarity about the matter once the plan is more widely available.

Both the 100Mbps and 200Mbps plan come bundled with a free Vi postpaid connection that would otherwise cost you Rs 649 per month. Some of its benefits include unlimited data, unlimited voice, 100 SMS messages per day, and a complimentary Amazon Prime subscription. These plans should help YOU Broadband recover some of the market share it lost to competitors like Airtel and Reliance Jio.