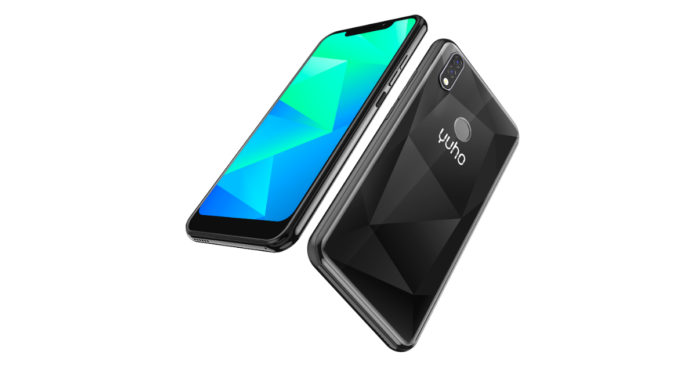 China-based smartphone player Yuho Mobiles has launched the Vast Plus and Y3 Pro smartphones in India. Both smartphones have dual rear cameras, fingerprint sensor, Face Unlock capabilities, and 4G VoLTE support as their highlights. Yuho Mobiles has manufacturing and assembling operations for smartphones domestically in order to comply with the government’s Make in India programme.

Talking about the two smartphones, the Yuho Vast Plus smartphone has a 6.2-inch display with a wide iPhone X-like notch and runs Android 8.1 Oreo software. The smartphone is powered by a 1.4GHz quad-core MediaTek processor, backed by 4GB of RAM. It has 32GB internal storage, with support for microSD cards up to 64GB for storage expansion.

The smartphone has a dual camera setup on the back, featuring a 13-megapixel primary and secondary sensors. In the front, too, is a 13-megapixel selfie camera that can be used for Face Unlock functionality. On the connectivity front, the smartphone has Wi-Fi, 4G VoLTE and ViLTE, microUSB 2.0, Bluetooth 4.0, OTG support, and fingerprint sensor. It has a 3,000mAh battery, has a diamond pattern back panel, and comes in Red, Blue, and Black colour options.

Moving on to the Yuho Y3 Pro, the smartphone has a 5.7-inch HD+ display and runs on the quad-core MediaTek MT6739 SoC. It has 2GB RAM, 16GB internal storage, and microSD card support up to 128GB and boots Android Oreo out-of-the-box. Like the Vast Plus, the Yuho Y3 Pro has 13-megapixel dual rear cameras as well as 13-megapixel single selfie shooter. The battery capacity, however, is bigger at 4,000mAh. Other features include fingerprint sensor, Face Unlock, and the standard set of connectivity features.