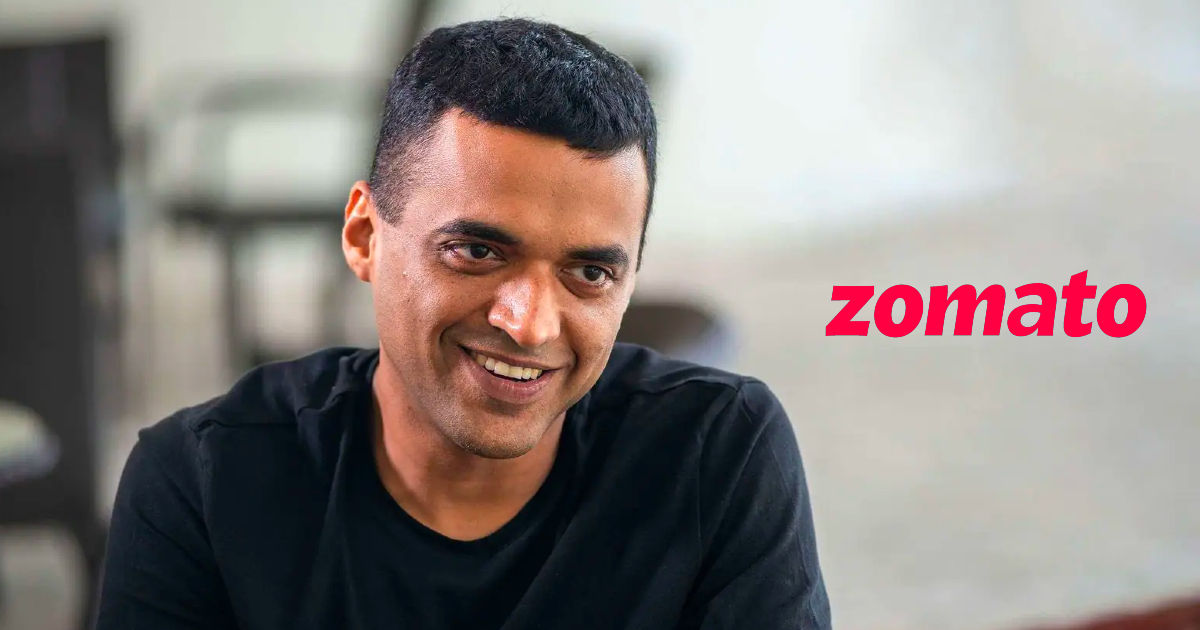 Naukri.com founder and executive vice-chairman Sanjeev Bikhchandani has revealed in a tweet that Zomato CEO Deepinder Goyal and other top executives at the restaurant aggregating firm deliver food orders themselves at least for one day every quarter. Sanjeev also emphasised that this has been a regular practice at the company for three years now.

What comes as an exciting piece of information, highlights the lengths to which the bosses at the popular food delivery company go to understand the psyche of their end users better.

Just met @deepigoyal and the @zomato team. Delighted to learn that all senior managers including Deepinder don a red Zomato tee, get onto a motorcycle and spend a day delivering orders themselves at least once a quarter. Deepinder tells me that thus far nobody has recognised him

Naukri.com founder Sanjeev Bikhchandani tweeted the anecdote after meeting 38-year-old Deepinder and his team. Sanjeev mentioned how Zomato’s top boss as well as his peers in the senior managerial circle once a quarter don the company’s trademarked red t-shirt and delivers orders to customers themselves.

He also added, how Deepinder mentions that he often times goes unnoticed while delivering the food. Twitter users praised the effort, and many people shared positive notes in comments and replies.

Best way to understand the pain point of delivering partners.

Superb initiative , nothing like being close to the customer. Incredible insights.

Anything similar lined up for Restaurant owners ?

Now book an Uber via WhatsApp in Delhi-NCR: here's how to do it

Zomato and its closest competitor Swiggy both have often been criticised and accused of underpaying delivery boys and causing them to drive rashly courtesy of the strict time limit to deliver orders. There have also been numerous incidents of scuffles between customers and delivery boys. Is the Zomato CEO trying to get to the heart of the problem himself?

Zomato was founded by Deepinder in 2008 as a restaurant aggregating firm before shifting its focus to the food delivery model in 2015. The company went public last year. Zomato has recently ventured into the inter-city food delivery business with Zomato Intercity Legends, which is yet to be completely rolled out across the country.