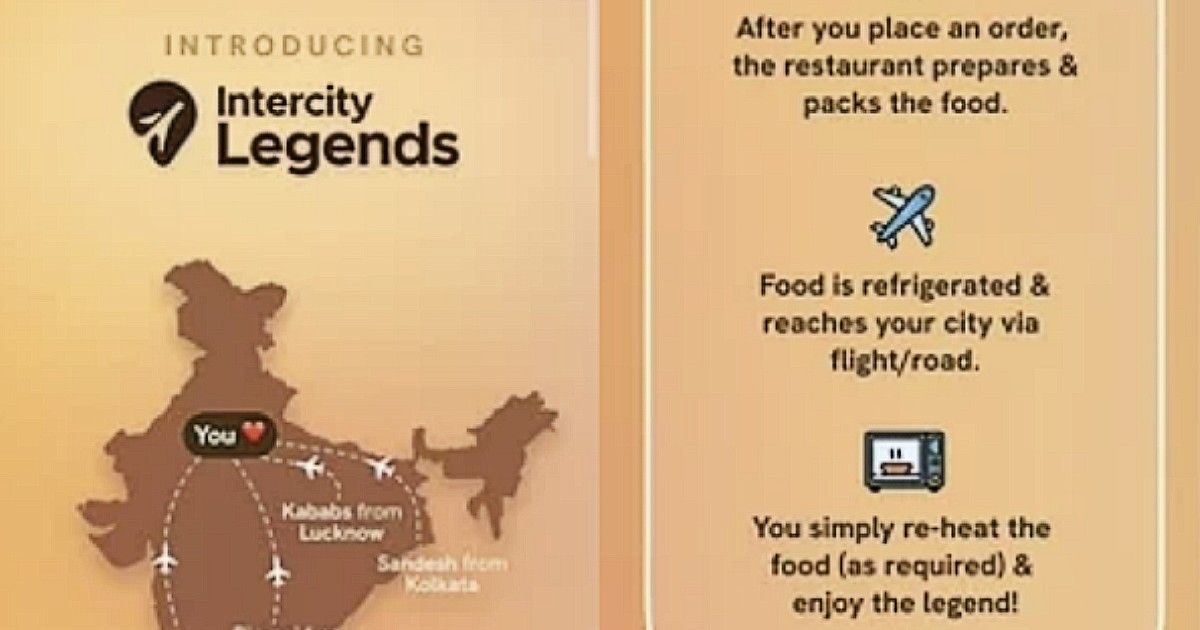 Zomato India is reportedly set to launch a new service for inter-city food deliveries. Tipped by leaked screenshots spotted on social platforms, the service will be reportedly called ‘Zomato Intercity Legends’, and offer users the ability to get food delivered all across India. The service appears to follow a similar format as startups such as ‘Just My Roots’ — a service that offered cold chain delivery of food across specific cities in India.

How Zomato Intercity Legends would work

A promotional poster of the service, touted by Zomato, describes delivery of delicacies across the country through frozen medium. However, the promo material does not describe the total amount of time that such a service would take — although the same will likely depend on the cities from where food would be delivered.

At the moment, Zomato has not clarified as to which cities the project would be started from. The promo material lists Kolkata, Lucknow, Hyderabad, Bengaluru and Delhi as the cities where the service could be available. However, an official word on the same is awaited as of now.

Services such as Swiggy and Zomato, which gained popularity for food listing and subsequent delivery services, have expanded their operations across various cities in India over the past five to seven years. Since then, such delivery services have also diversified their offerings to enter near-instant delivery services. For instance, Swiggy’s Instamart offers deliveries of groceries in as little as 10 minutes — in select, eligible cities.

The diversification of these delivery services into the longer format — fetching the choicest regional delicacies across the country — appears to be a natural evolution of their operations. It also remains to be seen how these services are priced at — as of now, select services offering cross-city delivery of food have been significantly pricier than the local food items.