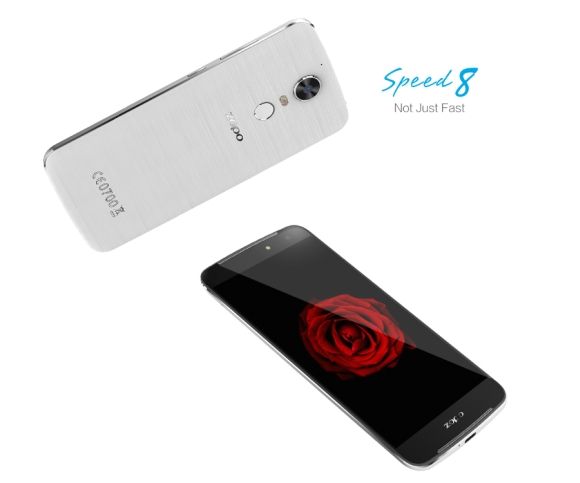 The ongoing Mobile World Congress, in Barcelona, Spain, has seen a bunch of ‘world’s firsts’. Adding to the list is the new smartphone from ZOPO, which is the world’s first smartphone to rock a processor with 10 cores. The ZOPO Speed 7 utilises MediaTek’s Helio X20 chipset which was unveiled in May, last year.

The ZOPO Speed 8 offers a plastic body with chrome-finished edges. Upfront the device gets a 5.5-inch full HD display, while it gets a fingerprint scanner at the back. As mentioned above, the smartphone comes powered by a deca-core MediaTek Helio X20 chipset mated to 4GB of RAM. The inbuilt storage is 32GB, and can be further expanded up to 64GB using a microSD card. In the imaging department, the Speed 8 gets a 21MP primary camera, along with an 8-megapixel selfie-shooter. The dual-SIM smartphone supports 4G LTE on both its slots and offers other connectivity options like Wi-Fi 802.11ac/b/g/n, Bluetooth v4.1, USB Type-C, NFC, GPS and GLONASS. The phone is backed by a 3,600mAh battery.

The ZOPO Speed 8 has been priced at $299, approx. Rs 20,400, and will be available internationally starting April 12th. The company said that it is planning to launch the phone in India by April itself.