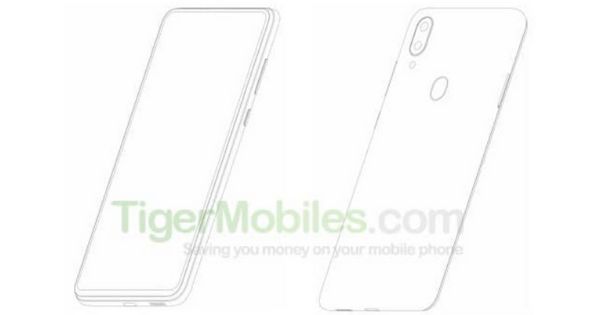 Looks like ZTE might be launching a new flagship device that will be competing with other Chinese flagship smartphones. A new patent shows a ZTE smartphone with a slider design and dual front cameras. This design has been used by several other Chinese smartphone makers, such as Xiaomi, Lenovo, and others. ZTE, a Chinese giant, hasn’t had any recent successes. However, it did reveal the Axon 10 Pro at MWC, which featured a Snapdragon 855 chipset, a 6.47-inch AMOLED display and other flagship hardware.

ZTE had recently filed for another smartphone patent design that had a dual punch-hole design. The latest patent, however, features a slider design, similar to the Xiaomi Mi MIX 3, Lenovo Z5 Pro, and Honor Magic 2. This kind of design is one way to have a full screen display with minimum bezels. It also means that the phones cannot have waterproof features, as dust particles can get through the gaps when the slider is opened.

The ZTE slider design shows a smartphone with dual-front facing cameras. However, in this design, the display is shown to slide both up or down. Sliding the display down reveals the hidden dual front cameras, whereas sliding it up shows something like a speaker grill. The design also reveals that the phone will have a dual-rear camera setup place on the top right corner. The rear panel also appears to have an oval shaped fingerprint scanner. Finally, the patent diagrams also show that the phone will feature a 3.5mm headphone jack at the top and a USB Type-C port at the bottom along with the speaker. The volume and power buttons are placed on the right side of the phone.

Take all this with a pinch of salt, as it could just be a patent and may not become a reality. We don’t think slider phones are here to stay, as it involves moving parts. A better approach is the punch-hole camera or the U/V shaped notch.