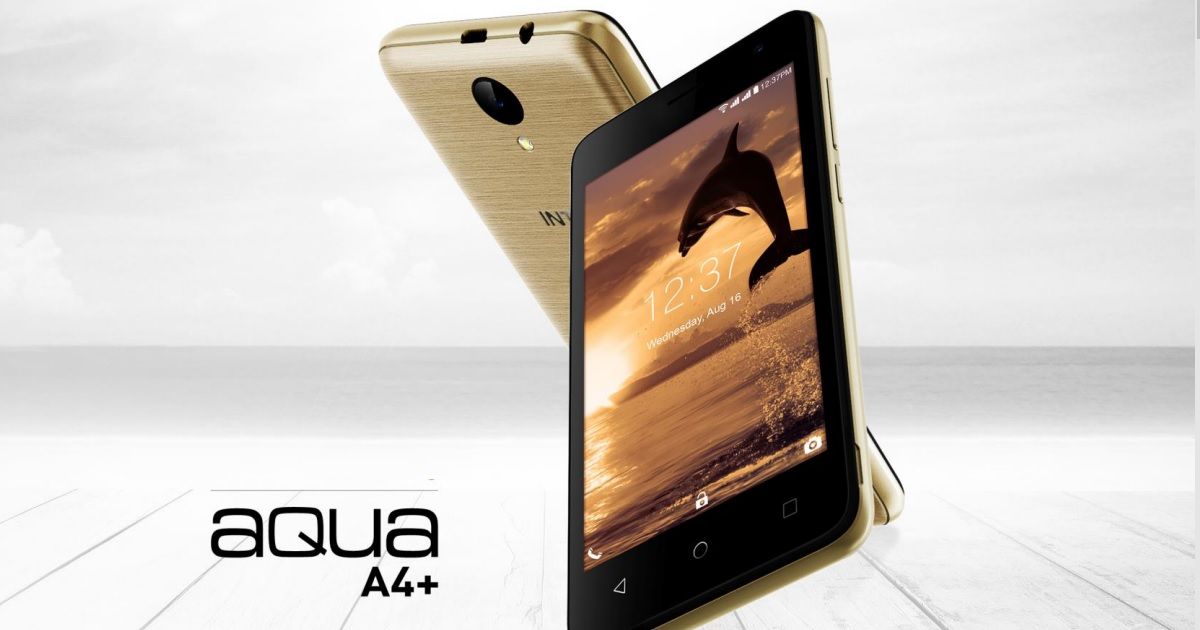 “The Aqua A4+ is a budget offering with 8GB of storage, 5MP/2MP cameras and VoLTE support”

Earlier this year, Intex launched the entry-level Aqua A4 smartphone. Today, the company has launched the successor to the device called the Intex Aqua A4+. Similar to its predecessor, the Aqua A4+ is also one of the most affordable smartphones on the market with 4G LTE, VoLTE (voice over LTE) support and Android Nougat. The phone also comes pre-loaded with a few utility and entertainment apps like Xender, DataBack, Prime Video and Gaana. 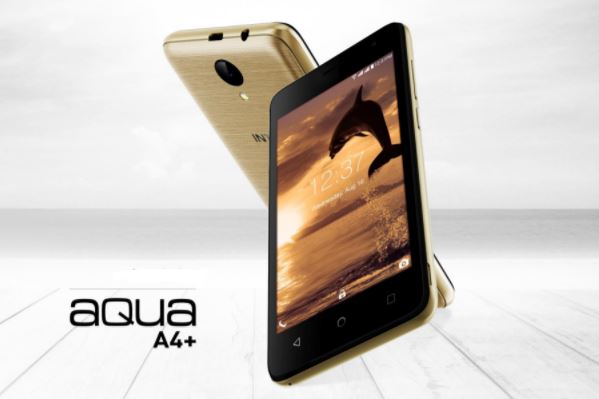 The Intex Aqua A4+ offers a 4.5-inch display bearing a resolution of 854 x 480 pixels and a pixel density of 245ppi. The phone is powered by a 1.3GHz quad-core Spreadtrum SC9822 processor, accompanied by 1GB of RAM. The storage capacity on board is 8GB, which can be further increased up to 64GB by inserting a microSD card. Apart from 4G and VoLTE, its other connectivity options include Wi-Fi, Bluetooth and GPS.

The Aqua A4+ comes with a 5-megapixel rear snapper with an LED flash. The camera app of the device is loaded with features like Panorama, Audio Picture, Burst mode, GIF mode and Beauty mode. For selfies and video calling, the phone has been provided with a 2-megapixel shooter. The device is powered by a 2,000mAh battery, which is capable of delivering up to eight hours of talk time and up to 300 hours of standby time.

The Intex Aqua A4+ has been priced competitively at Rs 3,999. The phone comes in two colour variants – black and champagne. The device will be available via major brick-and-mortar retail stores across the country soon.

The Intex Aqua A4+ will be competing against the likes of the budget VoLTE-enabled offerings like the Lava A77, Micromax Bharat 3 and itel Wish A21. These are all priced below Rs 5,000, and come with 4.5-inch displays, quad-core processors and 2,000mAh batteries.