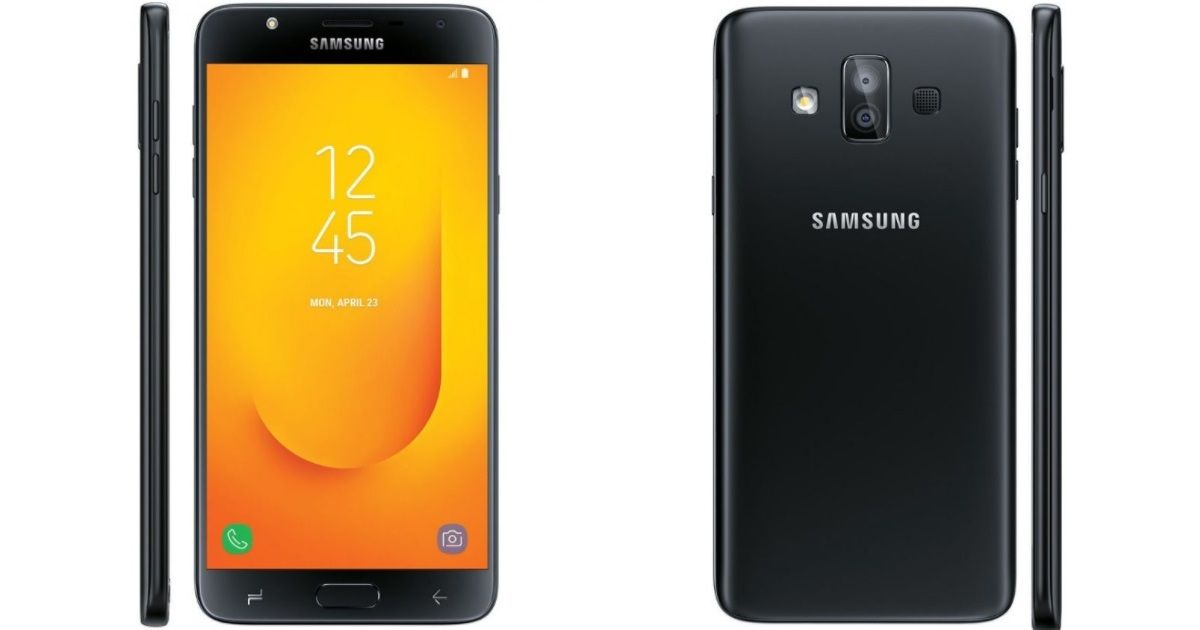 The Samsung Galaxy J7 Duo smartphone has already been leaked a number times, including its alleged benchmarks and a purported user manual. Now, the company has quietly made the budget handset official by listing it on its website in India. While Samsung hasn’t yet revealed the Galaxy J7 Duo’s price, 91mobiles has learned from its retail sources that the phone is priced at Rs 16,990. Our sources have also mentioned that the smartphone will be available to buy in the country soon. 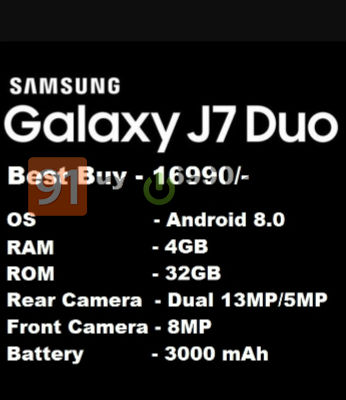 As per Samsung’s e-store, the Galaxy J7 Duo features a Super AMOLED display, but there’s no word regarding its screen size at the moment. The phone is powered by a 1.6GHz octa-core processor of unknown make. The device comes with 4GB of RAM and 32GB of storage, and accepts microSD cards of up to 256GB in size. While the website hasn’t revealed the phone’s Android version, we’ve learned that the device runs Android 8.0 Oreo out of the box.

According to Samsung’s website, the Galaxy J7 Duo offers a dual-camera setup at the rear along with an LED flash. The pair of shooters comprises a 13-megapixel f/1.9 primary snapper on the back, aided by a 5-megapixel sensor. On the front, the handset offers an 8-megapixel camera with a dedicated LED flash unit. The connectivity options include 4G LTE, dual-SIM support, Wi-Fi, Bluetooth 5.0, and GPS with GLONASS. The device also features a fingerprint sensor, which is embedded into its home button on the front. A 3,000mAh battery keeps the whole package running.

While it’s not mentioned on the brand’s website, the earlier leaked user manual indicated that the Galaxy J7 Duo could offer support for the Bixby assistant. We will update you once the company reveals the full specifications of the phone and its availability details, so stay tuned.

Samsung Galaxy A73 renders, specifications, and price leak out