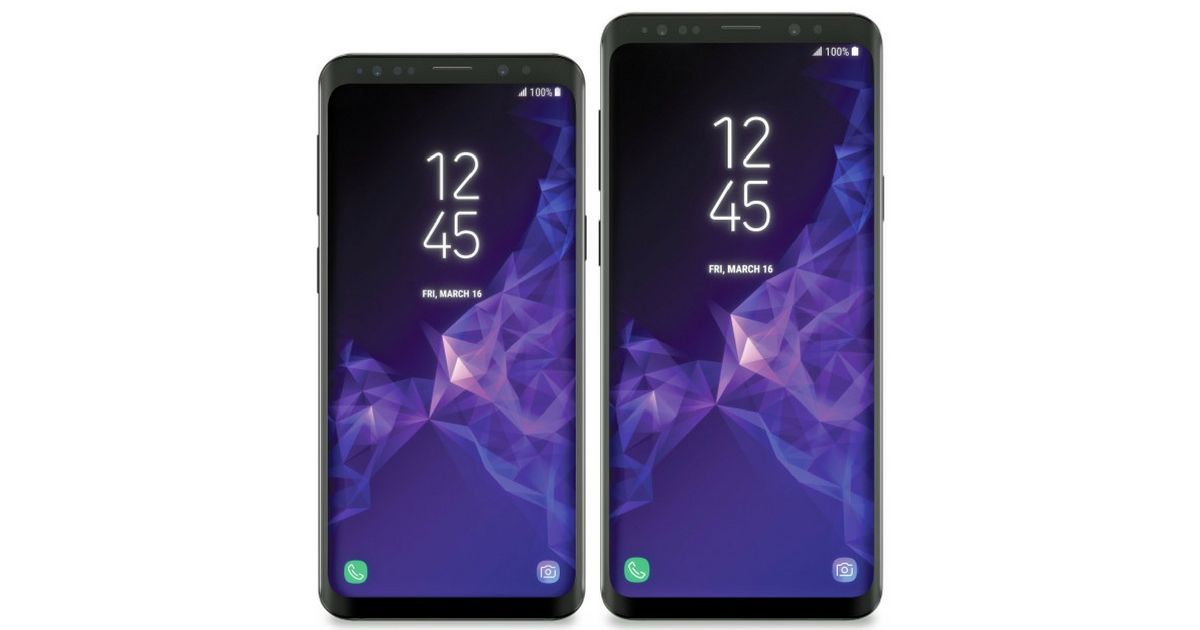 Among the biggest flagships that people look out for every year, Samsung’s Galaxy S series ranks quite high. This year is no different, with several rumours and speculations floating around the interwebs about the ninth-gen flagship offering(s) from the Korean behemoth, the Galaxy S9 and S9+. While several leaks had indicated that the duo would be showcased at the CES, the brand seems to be following its conventional approach of unveiling them at a pre-MWC event, scheduled for February 25th. And now, popular tipster Evan Blass aka @evleaks has provided almost everything there’s to know about the upcoming devices from Samsung. 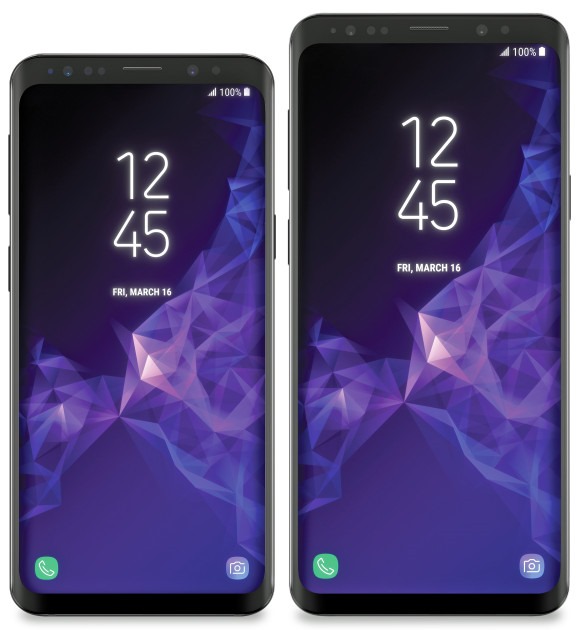 The render suggests that there might not be many changes between the Samsung Galaxy S9 twins and their predecessors. In fact, it’d be hard to tell the devices apart – since the Infinity Display up front is flanked by significant bezels (considering the all-screen smartphones coming out nowadays) above and at the bottom. The Super AMOLED display also curves towards the edges. According to the leak, the S9 siblings will only differ in the screen sizes – with the S9 offering a 5.8-inch panel and the S9+ display’s measuring 6.2-inches diagonally – just like the S8 and S8+.

Under the hood, the Galaxy S9 and s9+ will draw power from the latest chipsets from Qualcomm and Samsung – the Snapdragon 845 and Exynos 9810 – depending on the markets. The report suggests that the duo will also be different in terms of the RAM and storage capacity, with the regular S9 offering 4GB RAM and 64GB storage, while the S9+ featuring beefier 6GB RAM and twice the memory onboard. 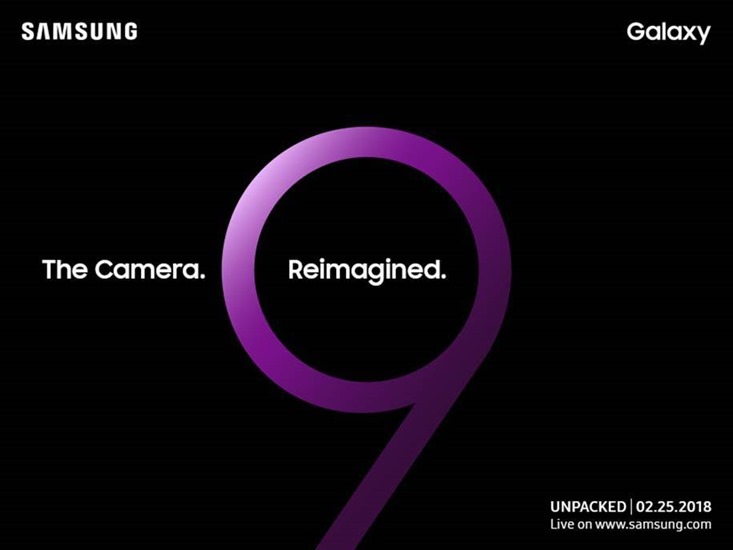 While the design and internals seem like an evolutionary upgrade, the invite suggests that next-gen flagships from Samsung will flaunt impressive camera capabilities. As per the report, both smartphones will offer motion-detected super slow-mo capture which will trigger automatically when the camera detects rapid movement to record an HD video at 480fps. The Galaxy S9 and S9+ are also expected to sport 12-megapixel snappers with an industry-first variable aperture feature. The sensor will be able to adjust the aperture mechanically from the widest f/1.5 aperture and all the way up to f/2.4. The bigger sibling will also add a secondary camera to the mix, with 12MP resolution and a fixed aperture. For selfies, both devices will offer an 8MP shooter.

While Blass has only provided the render of the fascia, he indicates that Samsung will change the placement of the camera module at the rear. Instead of being placed horizontally, the sensors will be aligned vertically, with the fingerprint sensor below them. This will alleviate the biggest complaint we had with the S8 duo (and even the Note8) – as reaching out to the biometric reader will be easier, without worrying about scratching the sensor. Another notable change in the S9 twins is the fact that the will feature stereo speakers at the bottom.

The devices are expected to go on sale starting March 16th, soon after their unveiling. 91mobiles will be on the show floor at MWC next month, so stay tuned to know all about the Samsung Galaxy S9 and S9+.