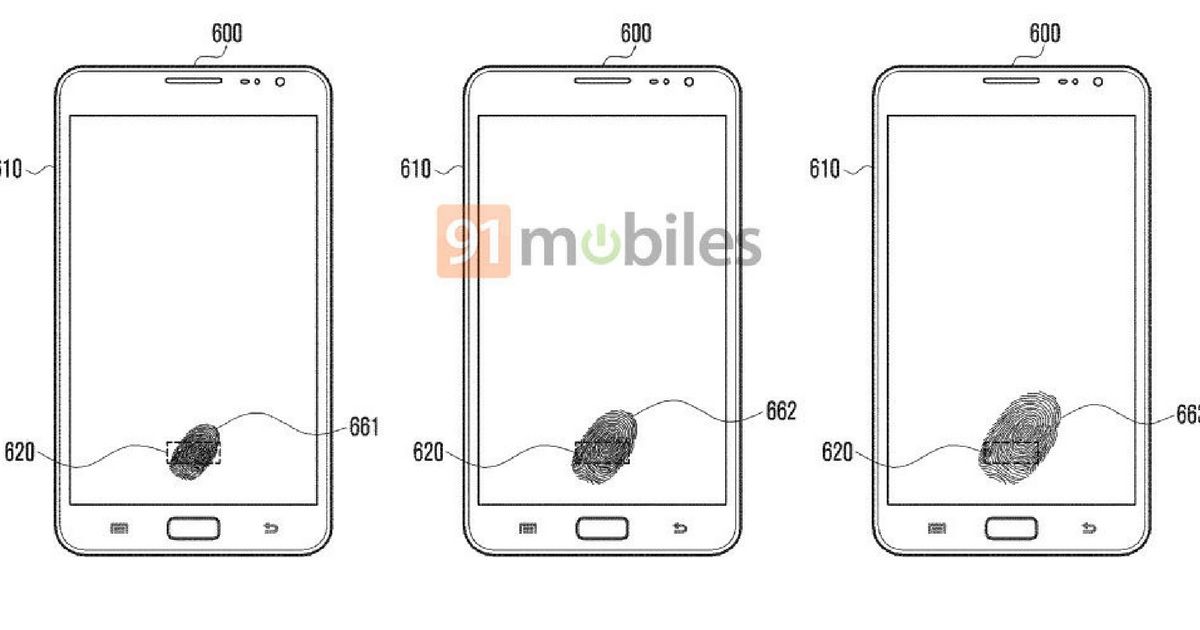 Given the number of leaks and speculations, it’s no surprise that Samsung is working on an under-display fingerprint scanner. It was previously reported that the brand is extensively testing the feature for the upcoming Galaxy Note 9 or even the Galaxy S10 duo. Now, a new patent filed by the Chaebol has been spotted on the web, revealing the position and working of the under-screen fingerprint reader. 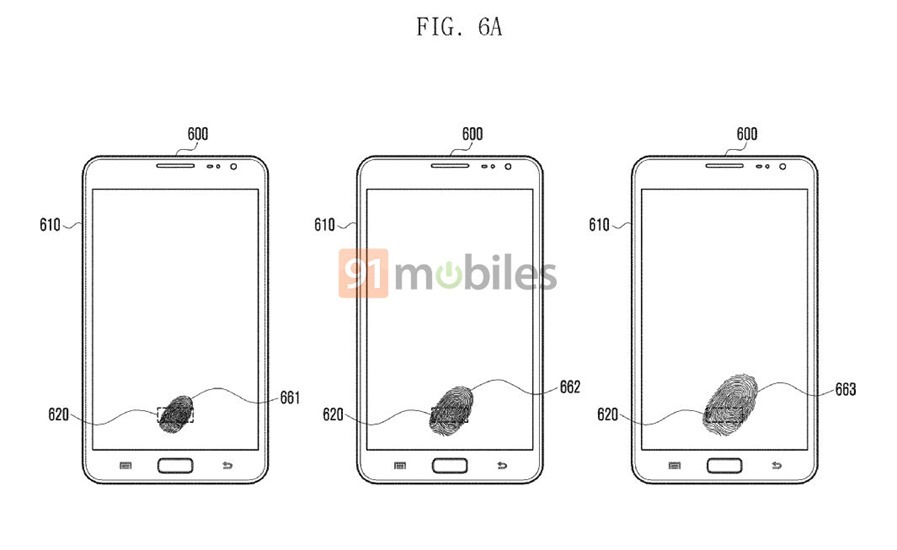 According to the new patent, the fingerprint scanner is expected to be placed towards the bottom of the display. Notably, we have seen the same placement for the under-display biometrics on the Vivo X21 UD, which was launched earlier this year. Further, the patent reveals how the fingerprint scanner will be detecting touch to authenticate the user. According to an image in the patent, once the user places his / her finger on the designated region on the display, the sensor will then read the biometric info. The sensor will do so using the light-emitting property of the AMOLED display by changing the brightness around the sensor when touched.

This is the same technology used by the Synaptics Clear ID on the Vivo X21 UD. It’s possible that Samsung might be using the same sensor, but since there’s no official confirmation, we would advise you to take this bit of information with a pinch of salt at this point. 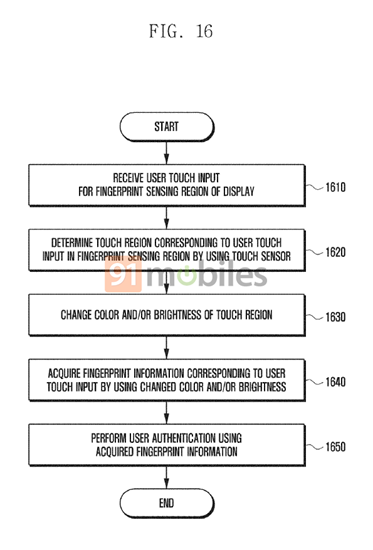 It is being speculated that the upcoming Galaxy Note 9 will be the first to have the technology, as reported by noted Samsung tipster MMDDJ (@MMDJ_). The tipster revealed the model number N960USQE0ARA2, which is supposedly undergoing a thorough testing. We can expect the next-gen Note series smartphone to see the light of day around August or September this year. So we might have to wait to see whether this information turns out to be true.

Enjoy the best tablet experience in sub-Rs 20,000 segment with the Samsung Galaxy Tab A7