Home Reviews Xiaomi Redmi Y2 review: jack of all, master of one

“Here are our two cents on Xiaomi’s latest selfie-centric smartphone, the Redmi Y2”

The selfie phenomenon has transformed our social culture and along with it, has brought about some incredible changes in the smartphone industry too. It’s no secret that millennials often look up to OPPO and Vivo when purchasing a new selfie-focussed smartphone, as both the manufacturers have entire product lines dedicated to taking a user’s selfie experience to the next level. Despite Xiaomi offering more feature-packed offerings at comparable or even lower price points, the company has been facing stiff competition from the selfie-centric brands. Well, if you can’t beat ’em, join ’em right? 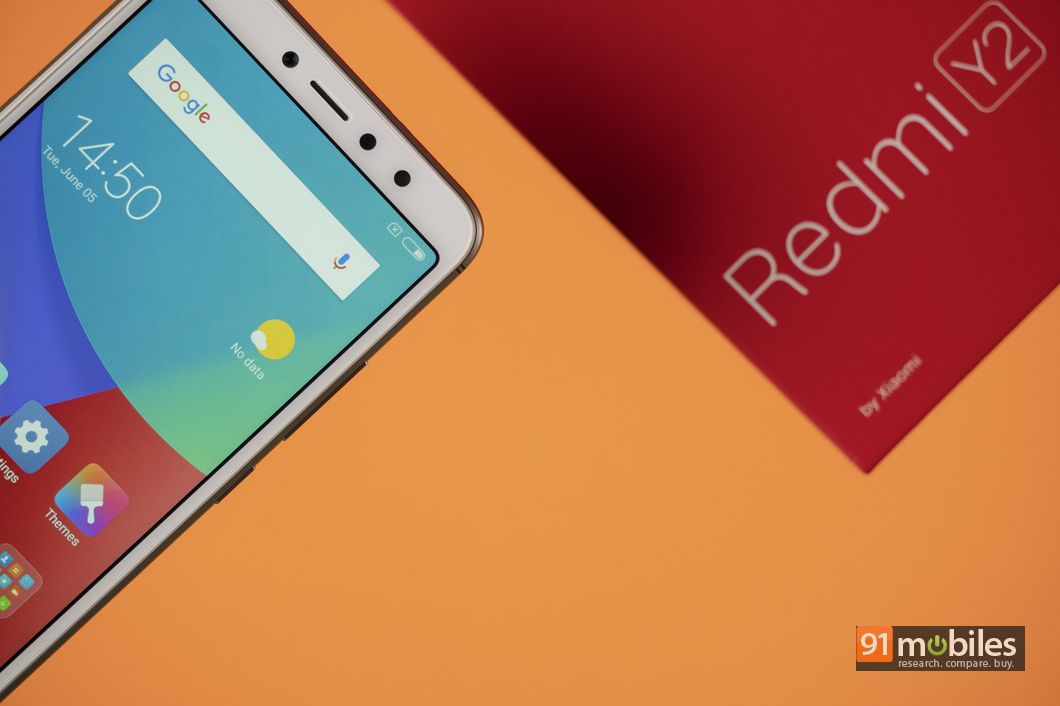 Last year, Xiaomi unveiled the Redmi Y1 smartphone (review) as part of its selfie-centric smartphone series in India. This year, the company is taking things to the next level by announcing the Redmi Y2, whose high-res selfie-shooter is backed by AI. But is the smartphone a one-trick pony, or is it an all-rounder which deserves to be in your pocket? I hope to answer that question in this review. Stay with me.

Design-wise, Xiaomi has gone with what’s worked for other manufacturers in the budget segment and has constructed the Redmi Y1 entirely out of plastic. My guess is this was done to reduce costs and truth be told, I didn’t really expect the company to use metal in the Y2’s build. However, using a sturdier polycarbonate back and playing with the design a bit isn’t a big ask as the Y2 looks quite generic. As a matter of fact, I made the mistake of confusing the Redmi Y2 with its pricier sibling, the Redmi Note 5 Pro (review) more than once, which is a testament to the smartphone’s uninspired design. This doesn’t necessarily mean that the smartphone is ugly – just a tad bit boring. 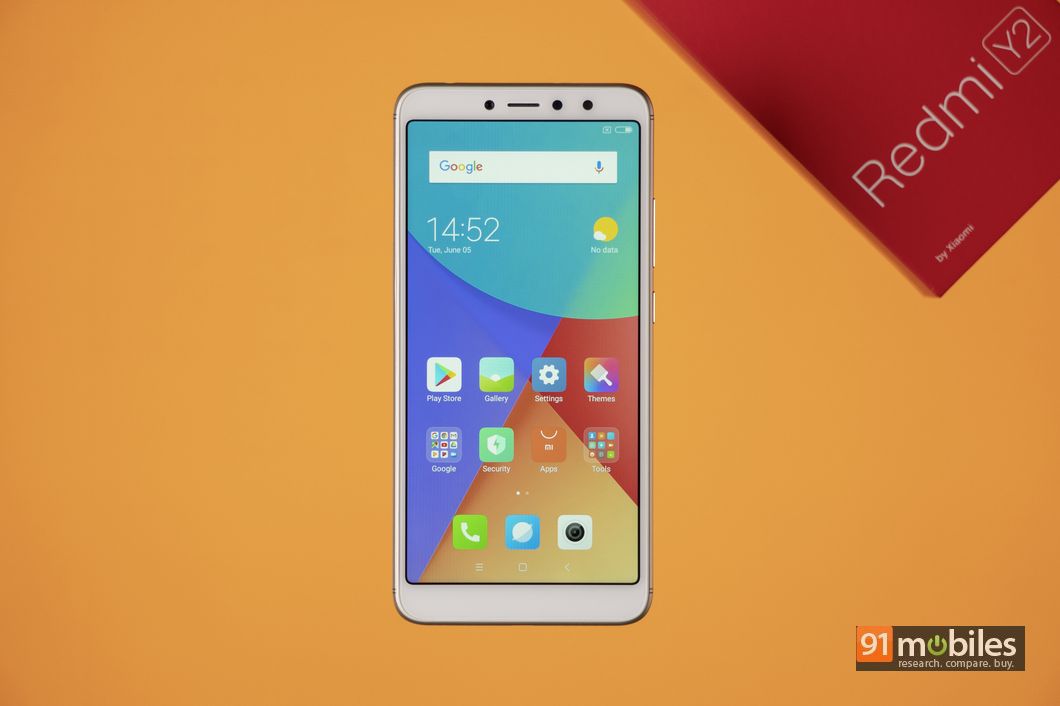 Now, while the Xiaomi Redmi Y2 will not impress your friends with its design, it surely will impress you with its in-hand feel. Despite being constructed out of plastic, the smartphone feels really durable in the hand. Moreover, thanks to its curved back, the handset offers a vice-like grip and I managed to go through my week-long review without dropping the smartphone even once – which is a feat in itself. 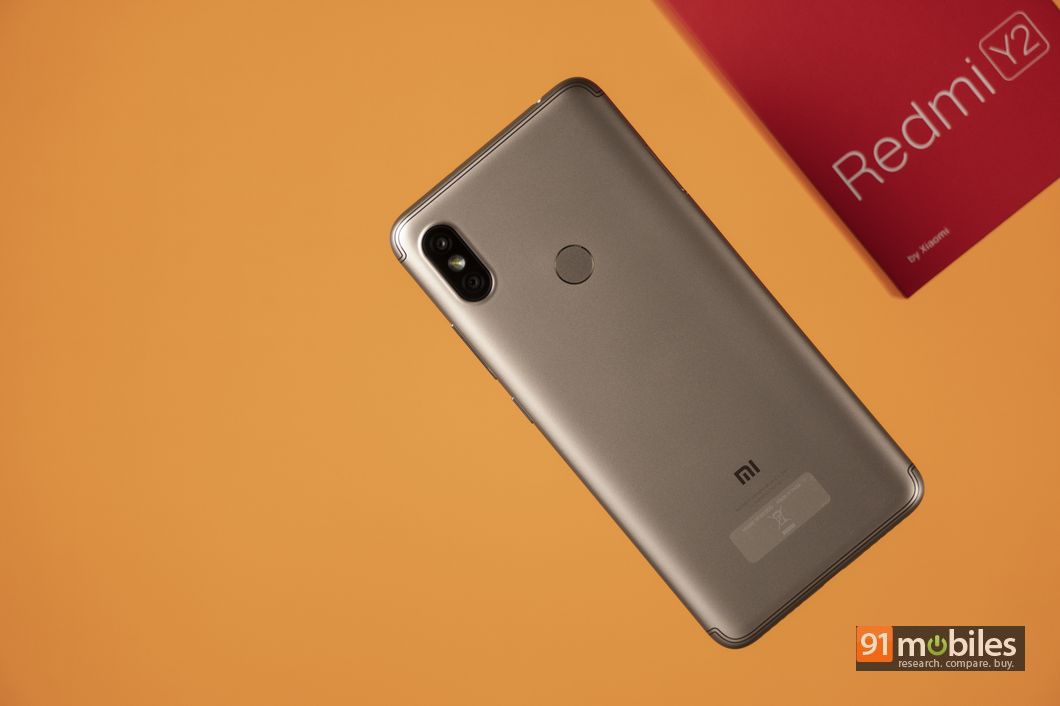 You’ll find the ports and buttons positioned at their usual spots, along with a fingerprint sensor present at the back. The sensor worked flawlessly during my testing, and I have no complaints in this department. The smartphone also lets you unlock it biometrically by means of facial recognition, though I found this to be a bit finicky and slow. Moreover, you’ll get a disclaimer while setting up face unlock on the Y2 stating that the feature can be manipulated by people or objects who look like you. 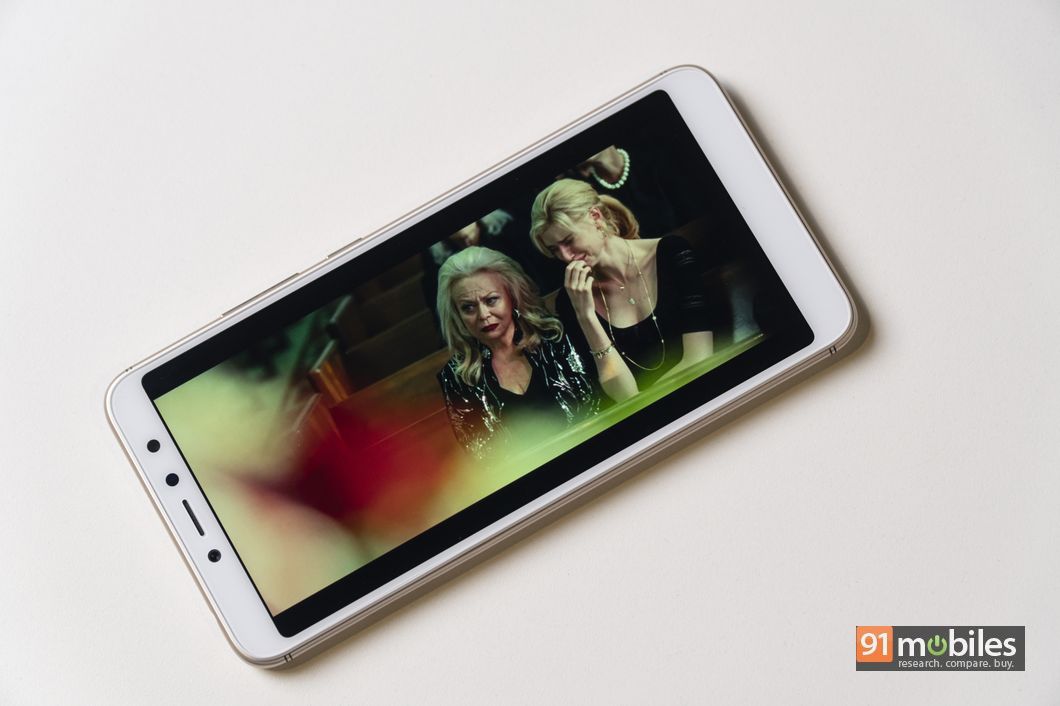 A smartphone’s display is your window to the world and therefore, it’s one of the most important factors to consider in my books. As far as the Xiaomi Redmi Y2 is concerned, the smartphone ships with a bezel-less, 18:9 aspect ratio 5.99-inch display. The display bears a resolution of 720 x 1,440 pixels which puts the pixel density at 269ppi. Now, the display isn’t the sharpest of the lot, but I am satisfied with the panel’s quality and peak brightness levels. One thing I would like to mention is that the colours seem a bit washed out from the get-go. However, an easy fix for the same is to increase the display’s contrast levels from within the settings.

The Xiaomi Redmi Y2 is a budget smartphone, albeit can give pricier mid-rangers a run for their money with its fast and consistent performance. Inside, the smartphone is driven by an octa-core Snapdragon 625 chip which works alongside 3GB of RAM and 32GB of user-expandable storage. Do note that there’s another variant that offers 4GB RAM and double the storage. My review unit is the one with 3GB RAM. Now, the SD625 processor is over a year old, but it still retains its spot as the most popular 600-series processor amongst manufacturers since it strikes the perfect balance between performance and efficiency. Allow me to explain. 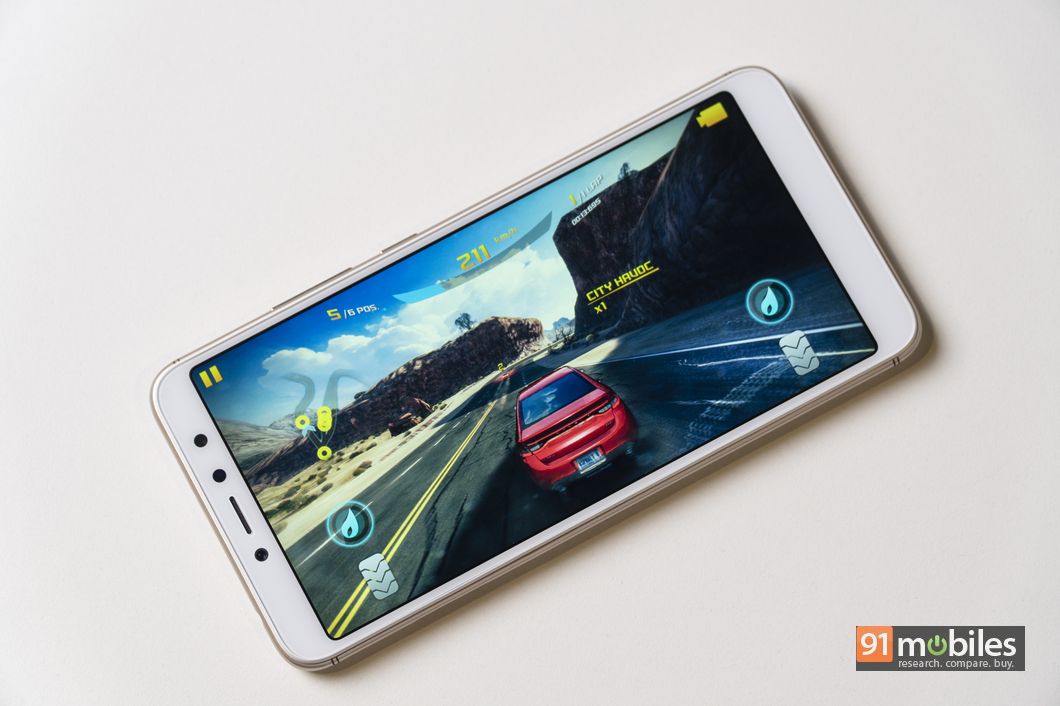 My usage is pretty intense and I raise an eyebrow at the slightest jitter or lag, but to its credit, the Xiaomi Redmi Y2 didn’t falter even once during my testing period. Games like PUBG and Asphalt 8 ran without any major frame-dips on low to medium graphics settings and jumping between applications was a breeze too, despite my unit’s 3GB of RAM. The smartphone’s zippy performance goes on to show that Xiaomi cut the right corners by not equipping the smartphone with a full HD display, which would’ve required more processing power to function. Equipping the smartphone with a relatively low-res panel worked wonders for its battery life too and I was regularly hitting the bed at night with around 30 percent of juice still left in the smartphone’s 3,000mAh tank. 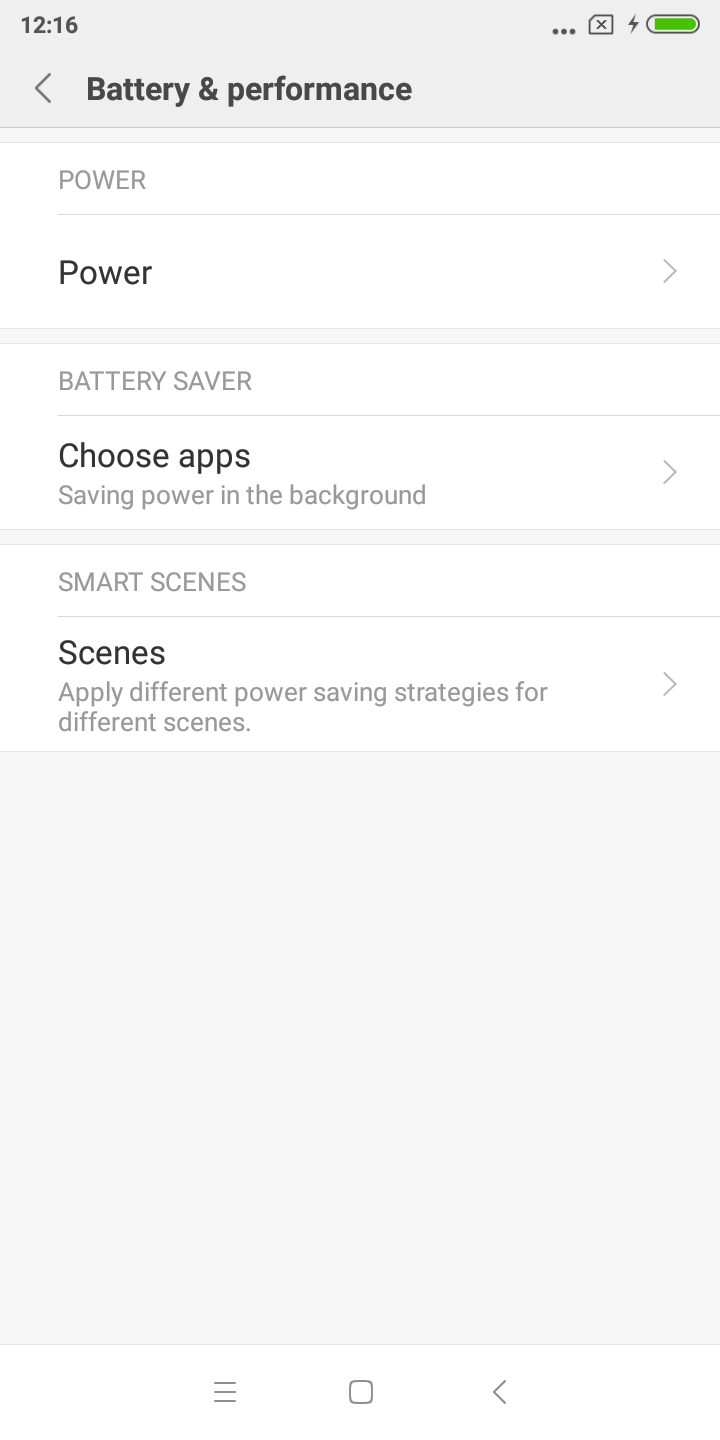 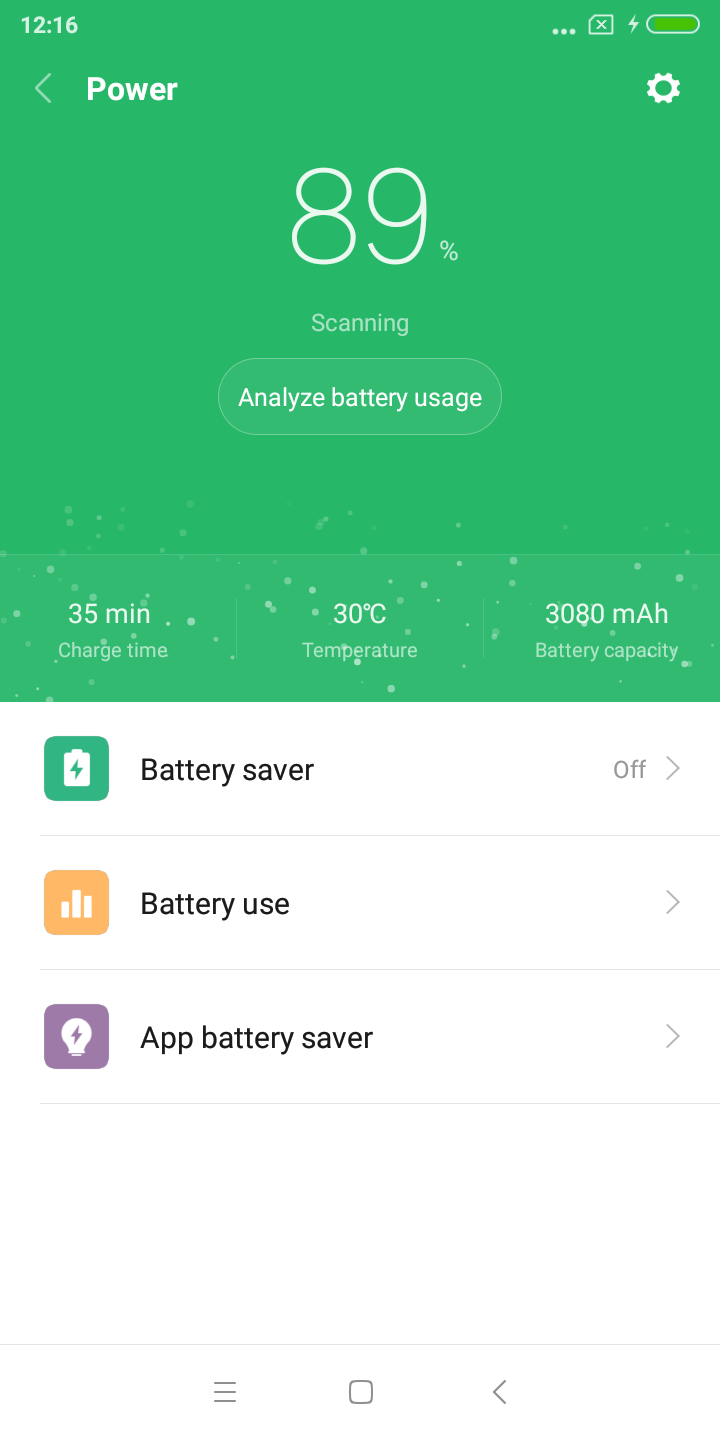 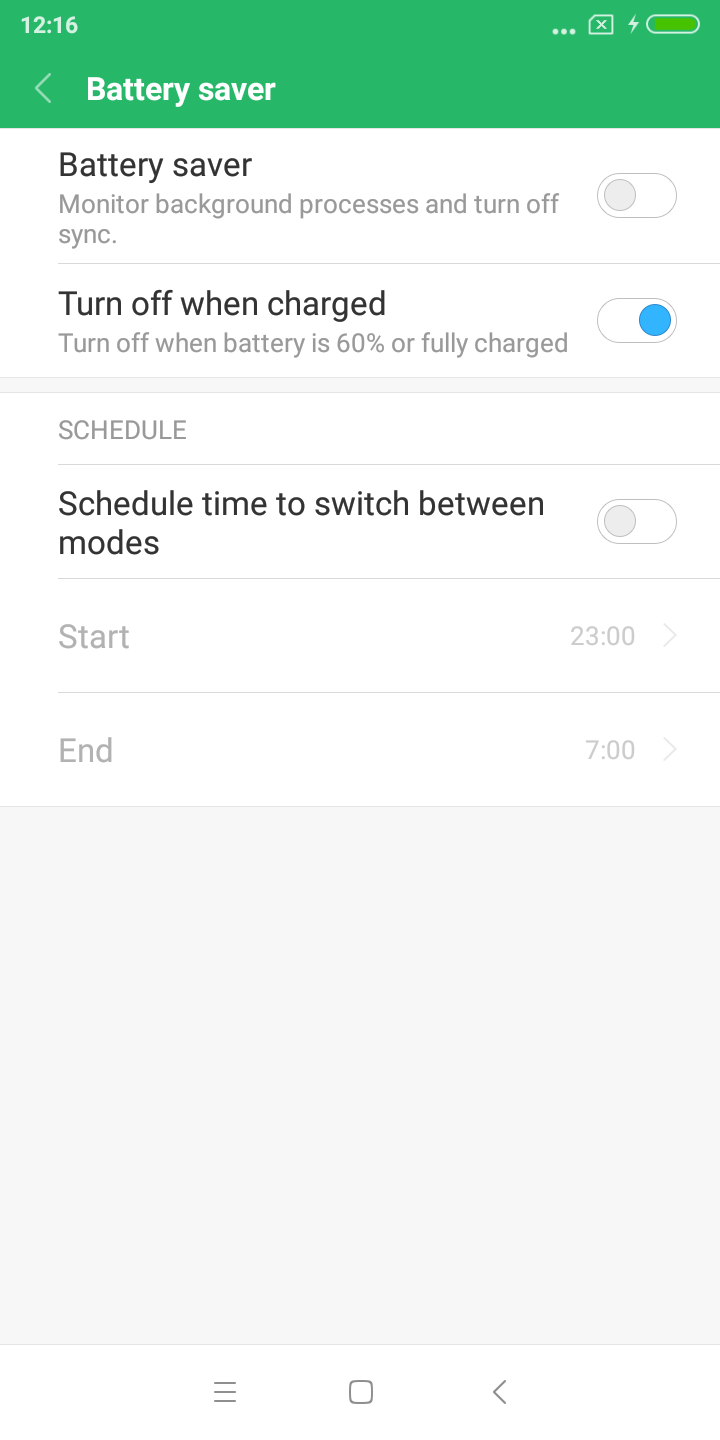 Consumers investing in an entry-level smartphone are often left at the whim of the manufacturer to get software updates. In fact, you’ll be hard-pressed to find many phones under Rs 10K which boot the latest version of Android from the get-go. Well, Xiaomi is breaking the mould and has equipped with Redmi Y2 with Android Oreo v8.1. The company’s custom MIUI platform is there of course, though I don’t have any complaints against it. On the contrary, MIUI is constantly getting better and the latest version felt a lot snappier than its previous iterations. Moreover, I’m quite happy that Xiaomi has limited the bloat on the device to a minimum, thereby giving users more storage to install the apps they want. 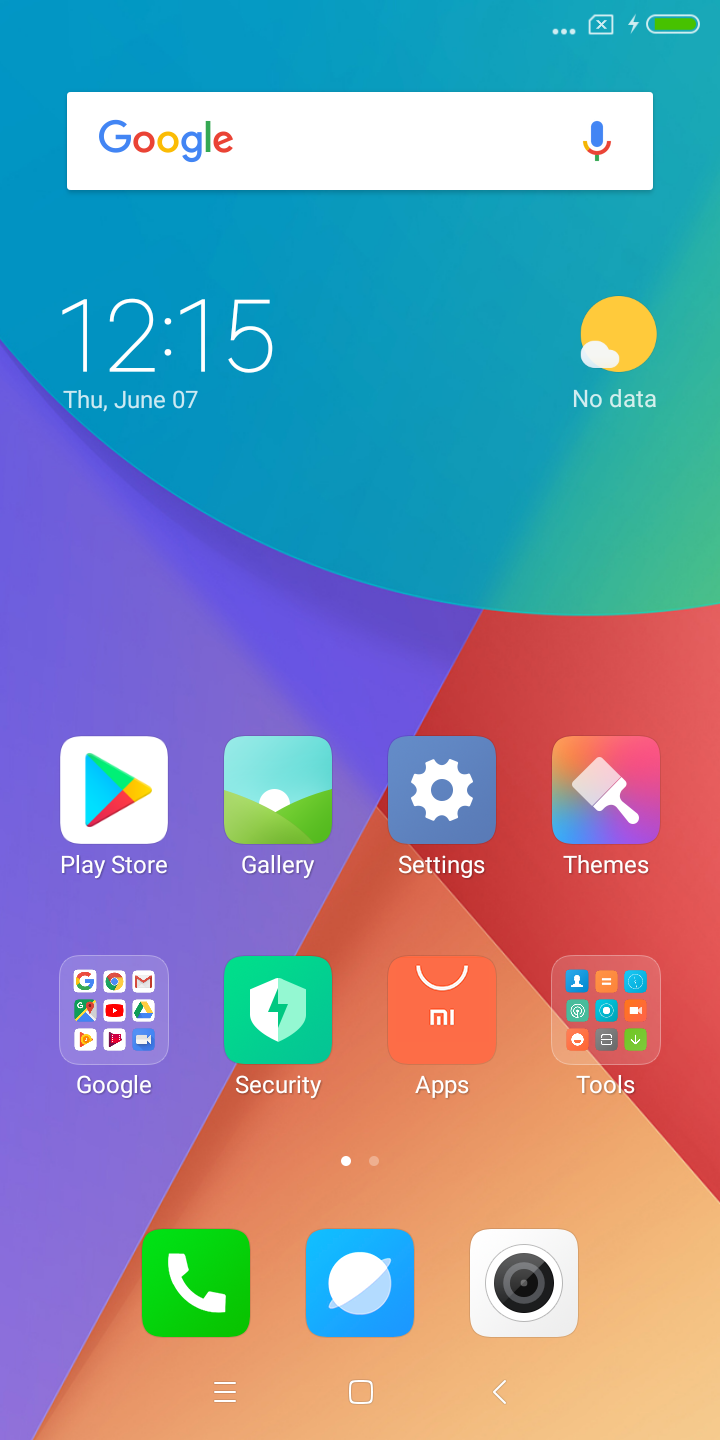 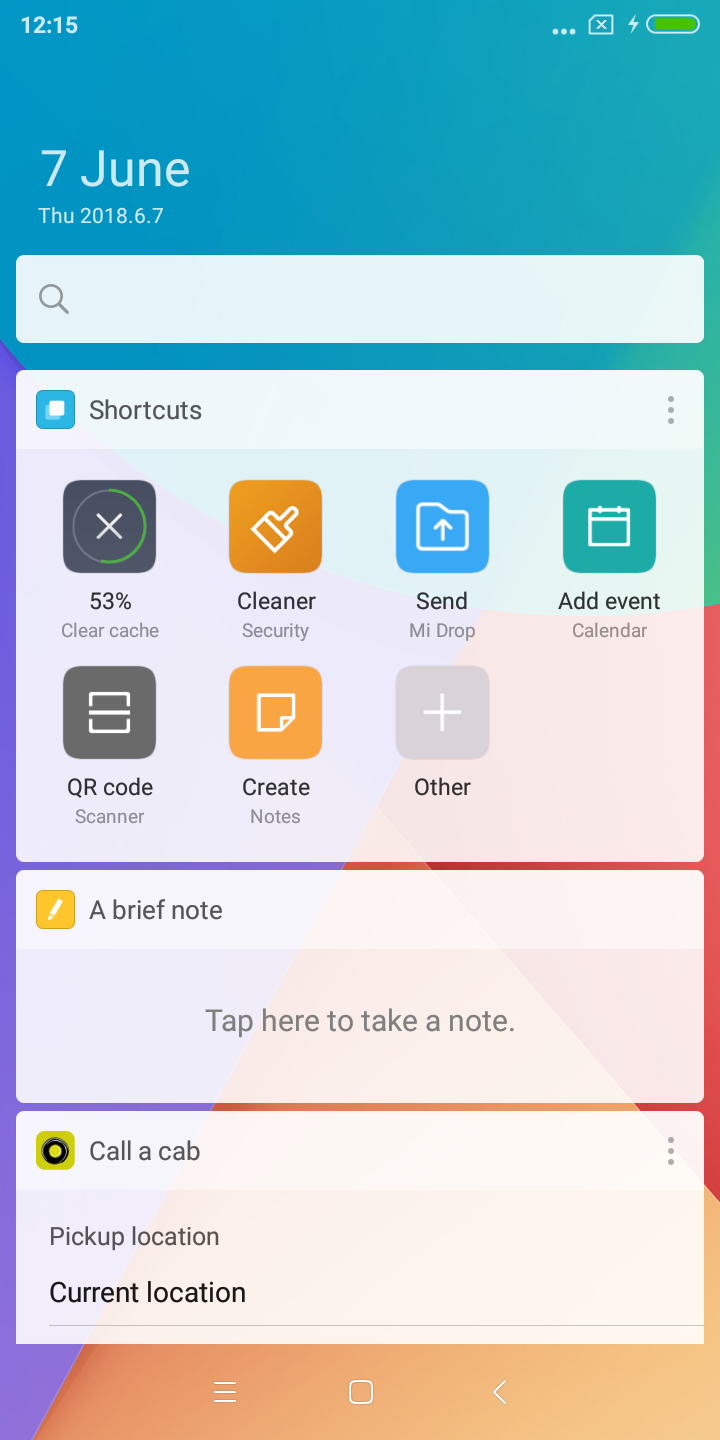 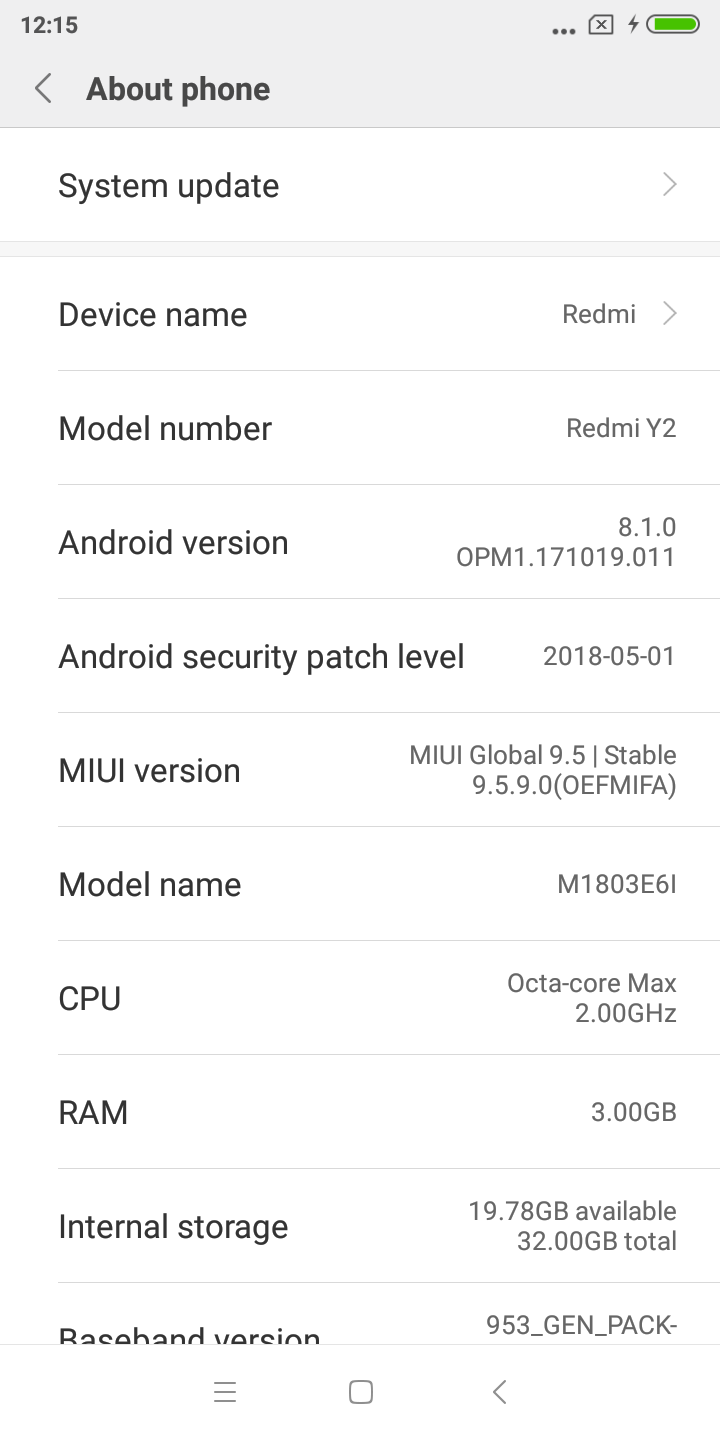 Now, if you’re going to go hunting for new features on the latest iteration of the skin, let me save you some trouble because there aren’t any. However, that’s not really a bad thing as MIUI already comes loaded with a bunch of useful tricks up its sleeves, such as the ability to use multiple accounts for apps like WhatsApp and a feature-rich theme store.

The Xiaomi Redmi Y2 isn’t the first affordable smartphone from the company to ship with dual cameras, but it is the first in the brand’s Y-series lineup. The handset comes with dual 12MP and 5MP sensors on the back, which look identical to the ones found on the pricier Redmi Note 5 Pro, at least on paper. Unfortunately, we have no way to ascertain this as the company is keeping a tight lip about the type of sensor the smartphone employs to click images. That being said, Xiaomi is targeting the selfie-centric demographic with the Redmi Y2 and therefore, has equipped the smartphone with a generous 16MP shooter up front. 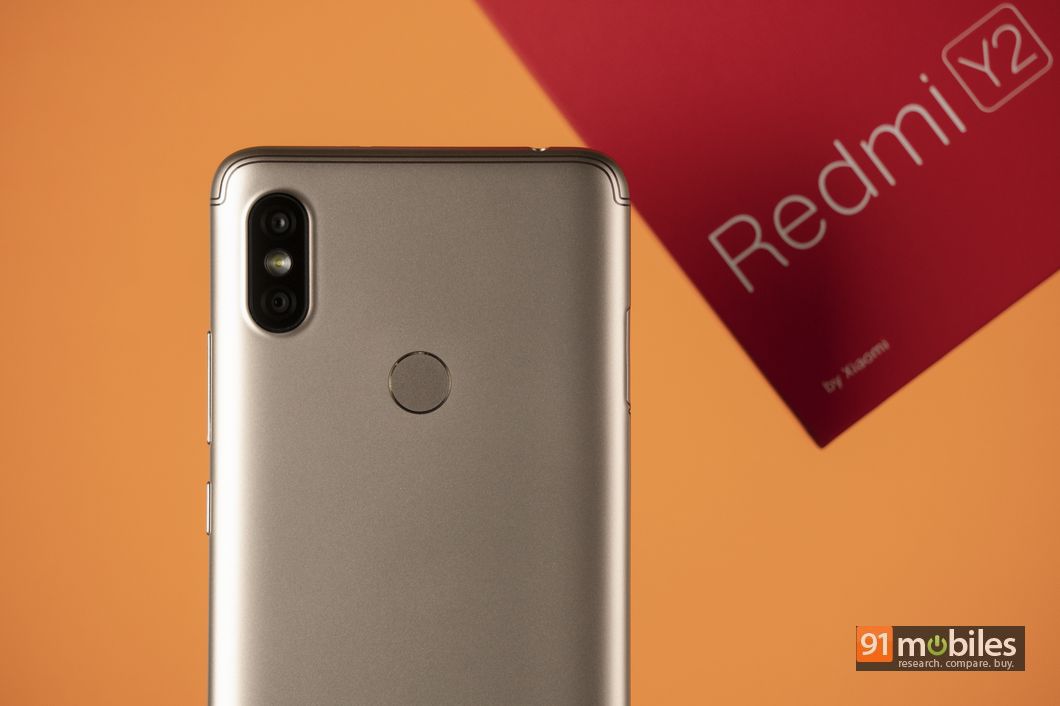 As far as the Y2’s camera prowess is concerned, I wasn’t too impressed with the smartphone’s dual-camera setup at the back. I did keep my expectations in check as the Redmi Y2 is a budget smartphone at the end of the day. Unfortunately, almost all the images I clicked with the smartphone’s primary camera setup had washed-out colours. The smartphone did manage to capture a satisfactory amount of details every time I pressed the shutter button, but I had to take multiple shots of the same subject as the device took its time to focus properly. Thankfully, the smartphone’s built-in HDR mode does a really good job at boosting the contrast levels and colours in images so I left it turned on for the duration of my review period. Surprisingly enough, I was really impressed with the smartphone’s performance in lowlight scenarios and you can easily get a good, detailed picture of the subject if you shoot with the flash enabled.

I click a ton of selfies every day and therefore, I am always on the lookout for a smartphone with a good selfie camera. While my quest to find the perfect selfie-phone doesn’t end with the Redmi Y2, it still is a fantastic device to click self-portraits with. The pictures I clicked had ample details and good colour reproduction. Moreover, thanks to the presence of a dedicated flash module upfront, the quality of selfies doesn’t take a huge dip at night either. 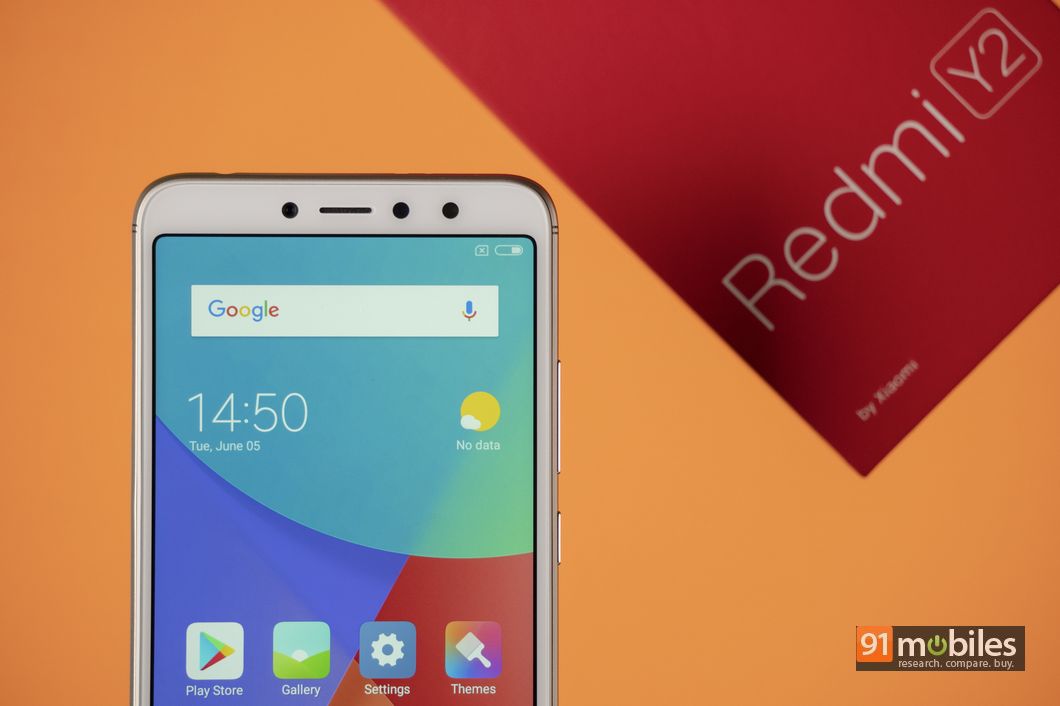 AI has become the talking point for most devices launched this year and the Xiaomi Redmi Y2 is no different. Much like smartphones from OPPO and Vivo, the Redmi Y2 also makes use of AI to beautify selfies correctly. Consequently, I noticed that the built-in beauty mode did a great job at removing any blemishes and pimples without making the skin tone seem unnatural. 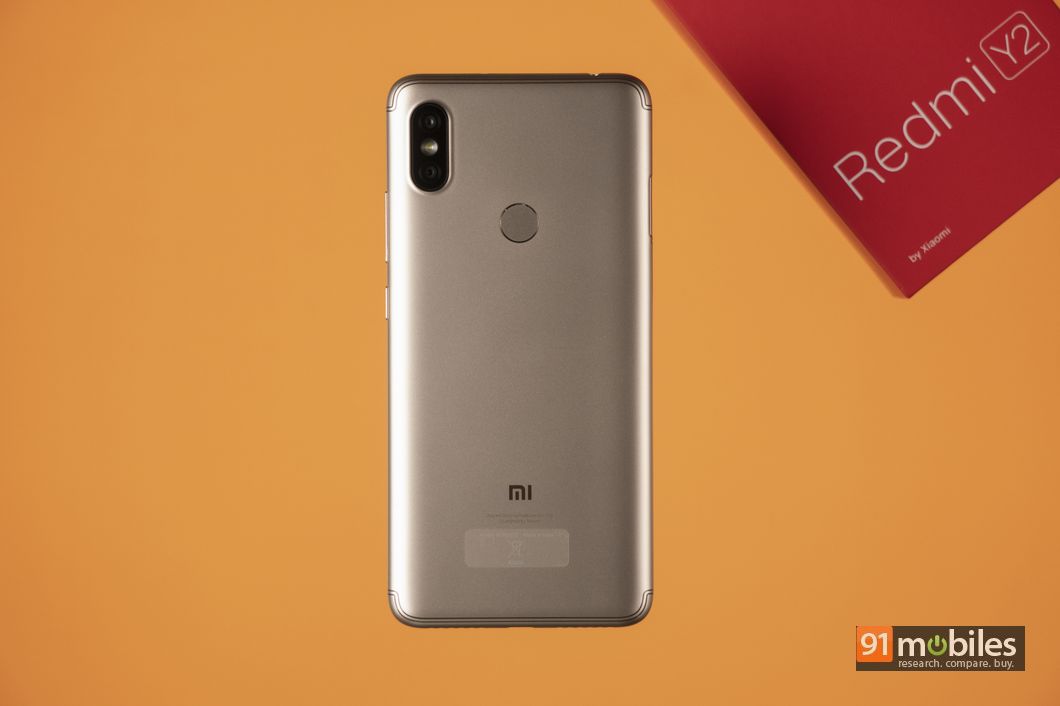 The 3GB RAM variant of the Xiaomi Redmi Y2 costs Rs 9,999 whereas the 4GB RAM variant will set interested folks back by Rs 12,999. For the price, the Xiaomi Redmi Y2 is an excellent bang for the buck device which offers solid performance, good battery life, and a stunning selfie camera. Now, if you don’t prefer the smartphone’s HD+ display, then I’ll suggest you opt for the Redmi Note 5 (review) instead, which also retails for a similar price albeit comes with a sharper display and a bigger battery. Everything considered, Xiaomi has yet again upped the ante for the competition in the budget segment with the Redmi Y2.

Redmi Watch 2 price, specifications listed on JD.com; here’s how much it might cost in India