The world of Truly Wireless Earphones (TWS) has been filling at an ever-growing pace since Apple revealed its AirPods nearly three years ago. In India as well there has been a deluge of audio products vying for the lucrative Rs 5,000 – Rs 10,000 space in the TWS segment. The Realme Buds Air (review) which are priced at Rs 3,999 can possibly be considered as the affordable entry point into the TWS market, though there are cheaper options as well. At the other end of the spectrum, you have the Apple AirPods Pro, Samsung Galaxy Buds+ and Jabra Elite Active 75t (review) which range from Rs 10,000 to Rs 24,000. In the middle, comes Creative, the staple name for audio products a few years back. The Outlier Air from the company, priced at Rs 7,999, is its first stab at the saturated TWS market. Does it manage to make a worthwhile impression? Read on to find in this review. 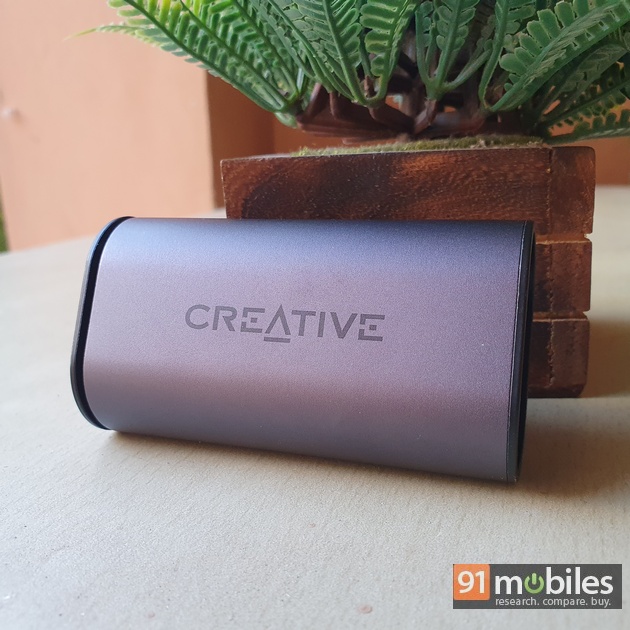 The Creative Outlier Air TWS offers a sound quality that is worth the money, but trouble with maintaining connectivity and an overall bulky case can be deal breakers. For its price, EQ Audio, 1More and HiFuture provide compelling products that can be considered worthwhile options.

Looking at the Outlier Air, the first thought that comes to mind is that this is a very bulky case. I have seen my fair share of unusually large earbud cases but the Outlier Air has to take the cake. The cylindrical design with the oval heads measures about 8cm in length and is about as big as my palm. On the left side of the case are four LED lights which indicate the battery levels in each earbud, the case, and whether the case is charging. Pushing from the other side reveals a slider where the earbuds are kept. The whole thing feels quite sturdy and well built, and there is weight to the case even though it is made of plastic. Owing to the rather large size, the case won’t slide in comfortably your jeans like the Realme Buds Air or the FutureBuds from HiFuture. 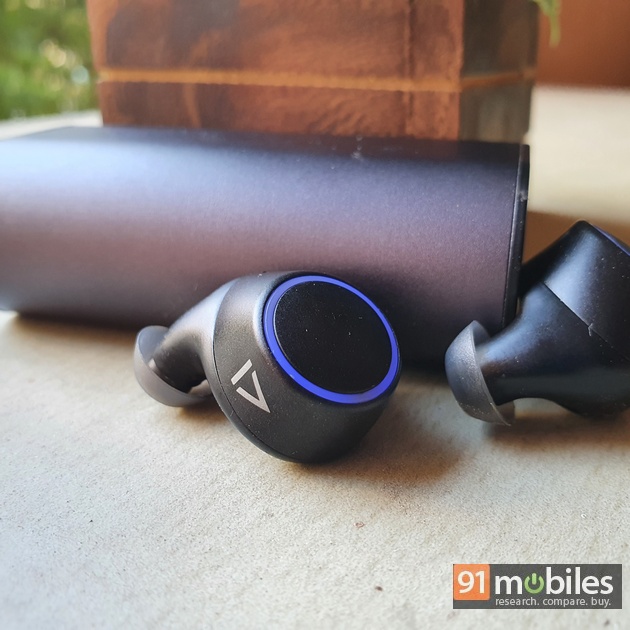 The earbuds themselves are not very large and fit in my ears quite comfortably. Putting the buds back into the case took some getting used to as the slots inside are positioned awkwardly. The ear tips installed on the earbuds did not create a very good seal but there were two different sizes which were more to my liking. Each bud is light and weighs about 10gm which translates to a longer wearing time since I barely feel any discomfort. However, the physical button on each earbud is quite hard to press which results in unnecessary pushing of the buds’ tip inside my ear canal. Apart from that, you won’t have to worry about a little sweat getting in the earbuds is they are IPX5 certified. 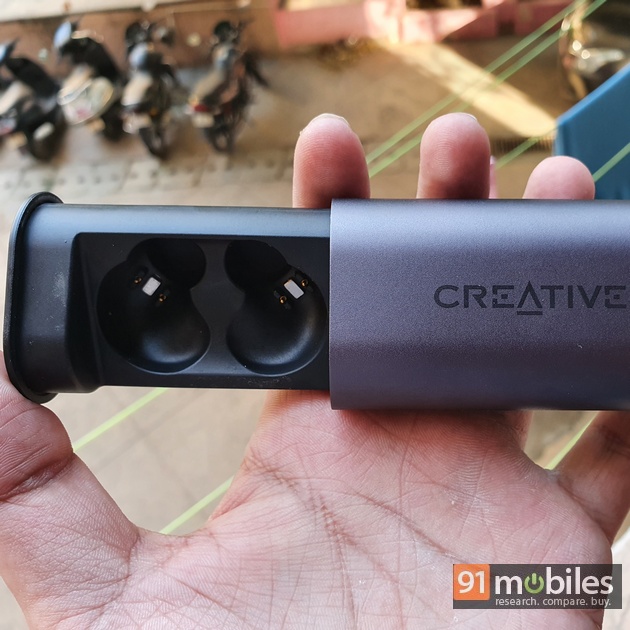 The pairing process appears to be fairly straightforward. Each earbud can function as the primary earbud which gives the Outlier Air the ability to pair with two phones using each earbud. To pair with just one phone, you will need to pluck one earbud out which will function as the primary and pair it with your device. The second earbud will pair with the primary earbud automatically after removing from the case. The circular rings around the earbuds indicate if a device has been paired, is looking to be paired or has no battery left with a blue colour, blinking of the blue colour and red colour respectively. 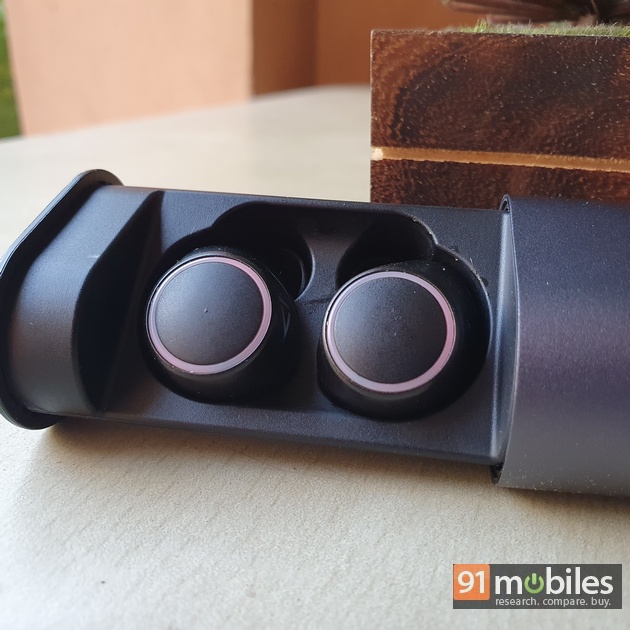 Sound quality on the Outlier Air is a kind of mixed bag but mostly I was quite happy with the signature that Creative has chosen for the device. The earbuds have fairly good-sized 5.6mm graphene drivers. It has just the right mix of bass and mids that I appreciate while listening to some of the 70’s and 80’s music pioneered by the likes of The Beatles and Led Zepplin. Vocals appear to take a slight back seat in favour of treble although enthusiasts of Bollywood numbers should not be disappointed. Instrument separation is quite good wherein I could differentiate the background electric guitar from the Saxophone melody on Aerosmith’s Dream On solo. EDM and bass-heavy music listeners are not likely to be impressed. The earbuds support the popular audio codecs which are aptX, AAC and SBC. 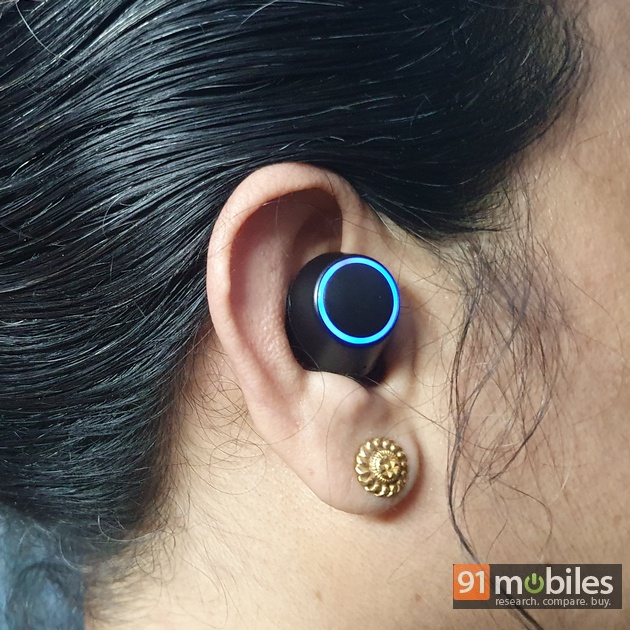 I did face a lot of issues in the connectivity department wherein quite a few times the signal on the secondary earbud dropped. This happened mostly when I was out for a jog. I had earlier believed that there was some problem with my phone but it turns out using another phone gave the same issue. Adjustments had to be done such as placing my phone in a different pocket or in general just moving the phone around in the air until the signal returned. Even after this, there is no guarantee that the earbuds will not experience a loss in connectivity later on. 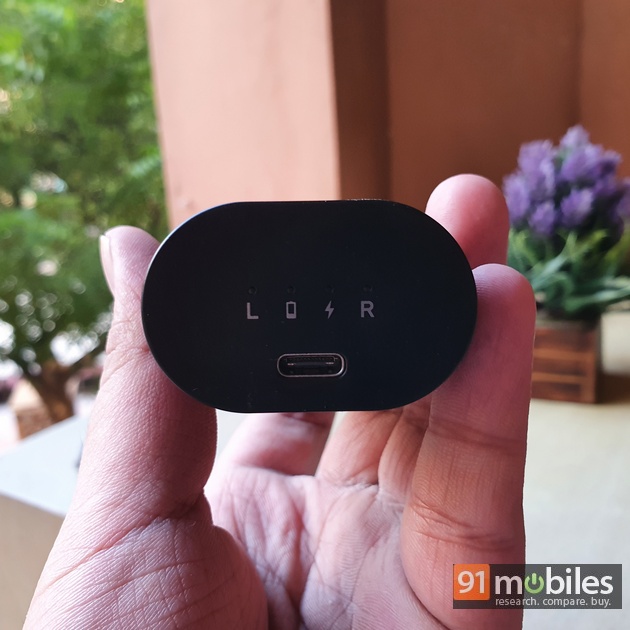 A big plus point of the large case is that the Creative Outlier Air have incredibly good battery life. Each earbud boasts of 10 hours on a full charge while the charging case adds 20 hours more to give a total of 30 hours. In real-world usage, I found myself recharging the earbuds only once a week and used them rigorously for about 5-6 hours every day. 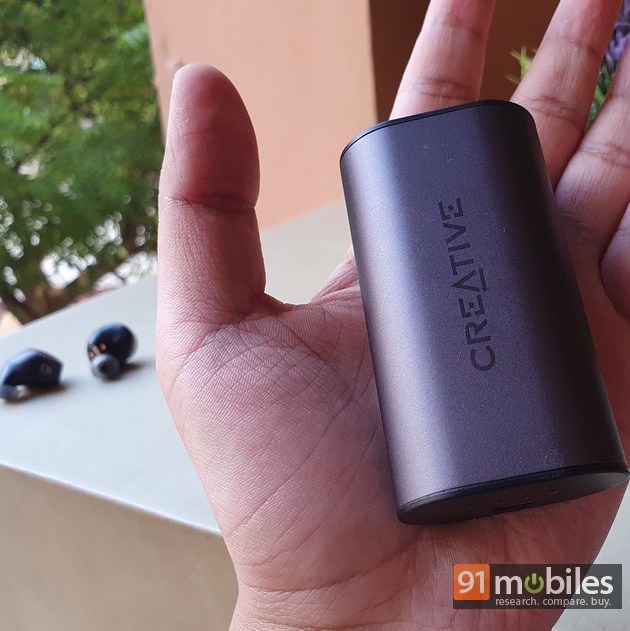 I think that Creative has done good work on the Outlier Air’s sound quality and battery life. Unfortunately, quite a few users would want their TWS earbud case to be more pocket friendly, which the Outlier is not. The connection drop issue is quite persistent and annoying which affects the listening experience and also while playing PUBG Mobile. For a similar price point, 1More TWS offer a much more slick case and a comparable 24-hour battery back up. For something that has a better sound signature you can always try the EQ8 earbuds. 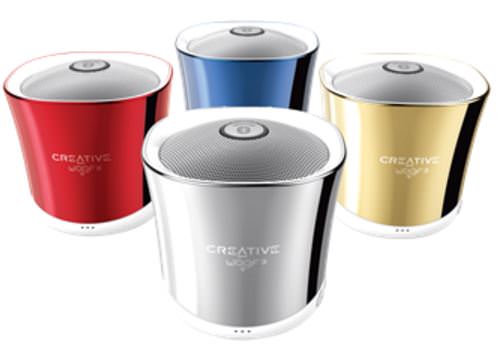