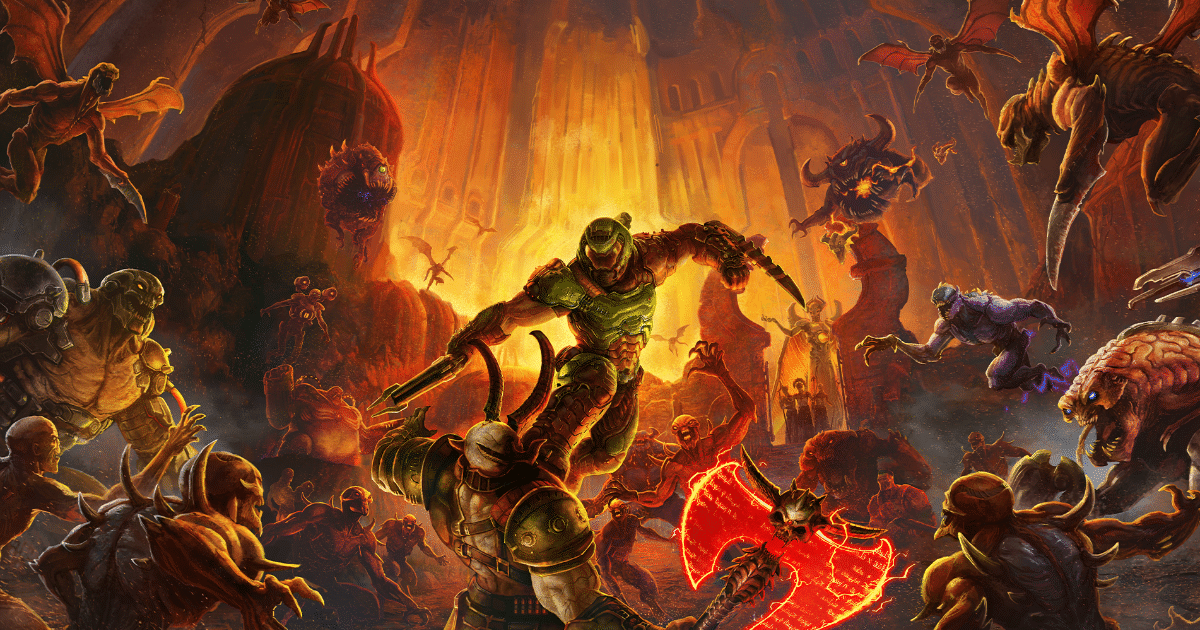 While PUBG Mobile and Call of Duty Mobile are arguably two of the biggest games in the world right now, Doom is the title that pioneered the shooter genre on PC back in 1993. The latest entry in the classic franchise, Doom Eternal is out on March 20 for PS4, Xbox One, and Windows PC. It’s a direct follow up to 2016’s Doom. Doom Eternal may not be as genre-defining as the original title that spawned the series, but it’s still immensely fun to play. Here’s why. 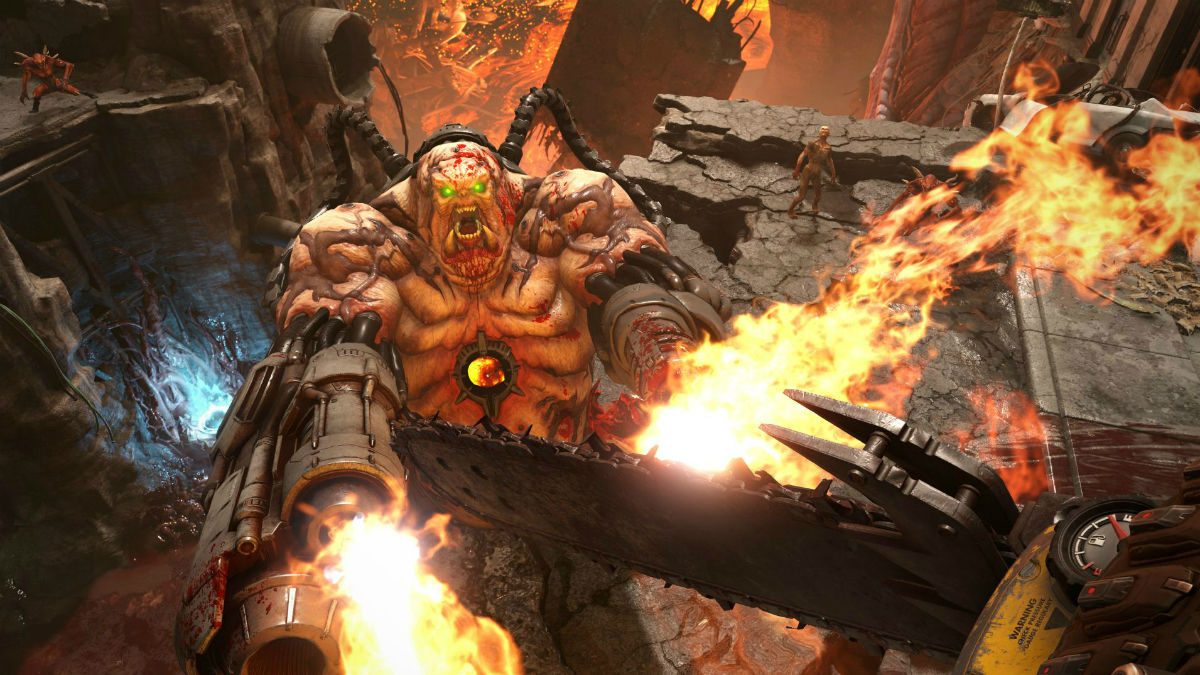 Doom Eternal has you in the role of the Doom Slayer, or Doomguy as he’s also known. You’ll rip, tear, blast, chainsaw, decapitate, and disembowel the seemingly endless hordes of hell who have made their way to earth. While this is par for the course, what’s new this time around is a focus on the story.

In Doom Eternal, developer id Software has added a fair amount of exposition, with cut-scenes and interactions between the Doom Slayer and his foes adding another dimension to his motives, the various factions in play, and what’s at stake. It’s an interesting approach that actually works. These narrative bits were mainly restricted to audio logs in 2016’s Doom, in Doom Eternal they’re front and centre. However, if all you’re interested in is setting demons ablaze, you can do that too by simply hitting the skip button during these story moments.

That said, I found the lore and plot of Doom Eternal to be compelling enough to sit through these parts in their entirety. Without spoiling much, there’s a surprising amount of detail that simply makes it a better game.

Aside from this crucial addition, the gameplay of Doom Eternal is a heady mix of traversal and combat. The usual features like jumping and double jumping make a return allowing you to get to hard to reach places or evade enemy fire. There’s a dash option and wall climbing too, which make crossing large gaps easier. All of this makes controlling the Doom Slayer feel a lot more natural and when in battle, gives you more options on evading attacks. And speaking of attack, you’ll be gunning down demons aplenty. From old series favourites like the Cacodemon and the Mancubus to newer fare like the Doom Hunter and the Marauder, there’s a whole lot of hell to blast through with a host of weapons both old and new at your disposal. Be it the rocket launcher or the crucible blade, Doom Eternal’s weapons are varied and entertaining to use, letting you reduce your foes to a bloody mess.

Besides guns aplenty, the Doom Slayer other tricks in his arsenal. These include a flame thrower and an ice bomb, both of which do a great job of crowd control. Combat in Doom Eternal rewards variety. Launching into a melee attack (or glory kill as the game calls it) on a glowing foe replenishes your health, chainsawing them gives you ammunition, and burning them with the aforementioned flame thrower grants you armour that keeps you alive longer. The wealth of options adds depth to the simple act of slaying monsters and Doom Eternal is all the better for it. It’s just a whole lot more fun to play compared to past entries in the series. 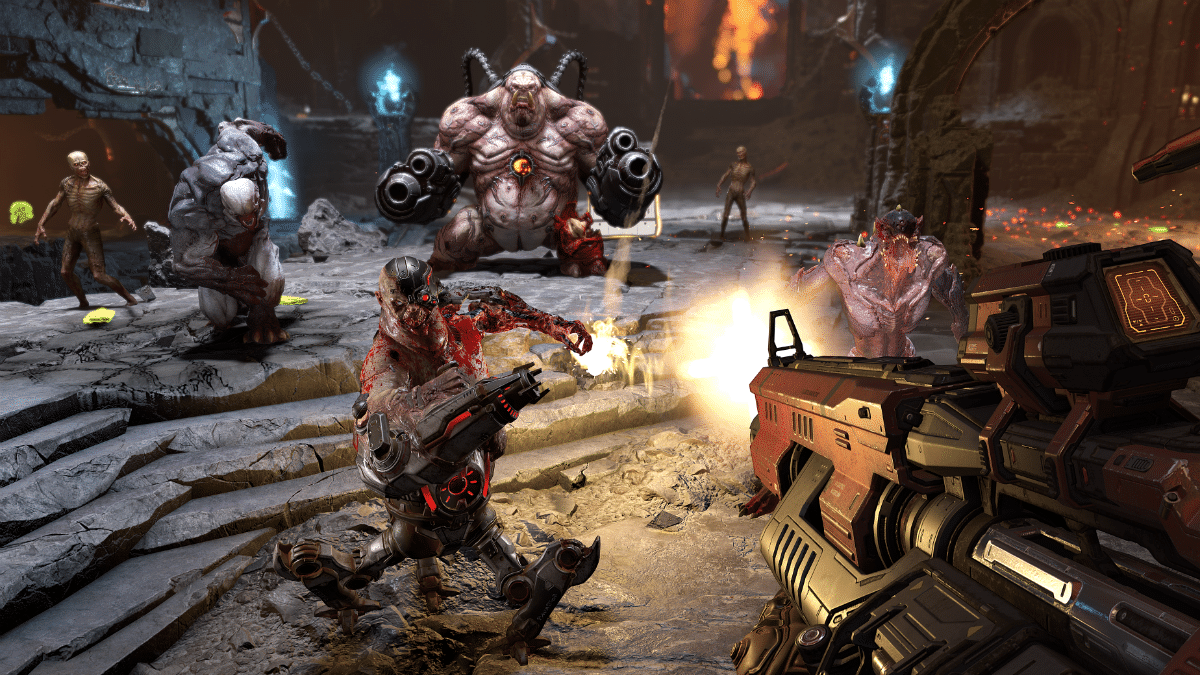 Furthermore, levels in Doom Eternal are sprawling and packed with secrets and collectibles. You’ll visit an Earth under attack from hell, a sinister cultist base, Mars, and a desolate alien planet featuring derelict giant robots and dead colossal demons to name a few. They’re a memorable, diverse bunch that will stick with you long after you’re done with the game.

For the most part, Doom Eternal is everything it should be. It looks good even on middle-of-the-road, budget PC hardware, and every aspect of its gameplay has been amped up. However, it also has some annoyances. Despite having great-looking levels, you’ll be forced to master all of its new traversal mechanics like dashing really quick because you will have to cross large chasms often. The cultist base level and the succeeding Doom Hunter facility, in particular, are the biggest offenders. There’s so much platforming that it would put Mario to shame. At times it feels that the design and thought process behind some of these stages is at odds with the free-flowing combat, making progression more irritating than it should be.

This isn’t all. Another issue with Doom Eternal is the insistence on signing into Bethesda.net, it’s a service run by the game’s publisher Bethesda. Logging in grants you cosmetic items and rewards depending on the version of the game you bought, but if you don’t log in on PC you can’t access Doom Eternal’s online features or earn XP while playing to unlock bonus gear. It’s heavy-handed but thankfully it doesn’t take away access from the most important part of Doom Eternal, it’s single-player campaign. You can play it offline but you won’t be able to unlock any new-looking gear while you do so.

All in all, Doom Eternal is an entertaining entry in this classic series. While some sections of play and forcing an extra layer of DRM in the form of Bethesda.net are questionable, Doom Eternal sports meaningful improvements where it matters, namely in its guns, level, and story. If you’re new to the series or an old-timer, Doom Eternal is well worth checking out.

Locks you out of supplemental content without signing in to Bethesda.net
Annoying platforming sections

Doom Eternal PC runs pretty well even on a budget gaming laptop: What you need to know