It’s that time of the year again. The launch of the new iPhones. Festivities in the air. Days getting shorter. Putting away t-shirts and shorts, and pulling the hoodies out. AQI crossing 400. Wait, not all of this is good news. I’m obviously referring to that AQI figure, which is alarming, to say the least. Thankfully, the Dyson Hot+Cool Air Purifier is quietly doing the heavy lifting and churning out purified air in the room as I write this. I reviewed it back in July, but the fact is, this is the time when it’s really showing what it’s capable of. 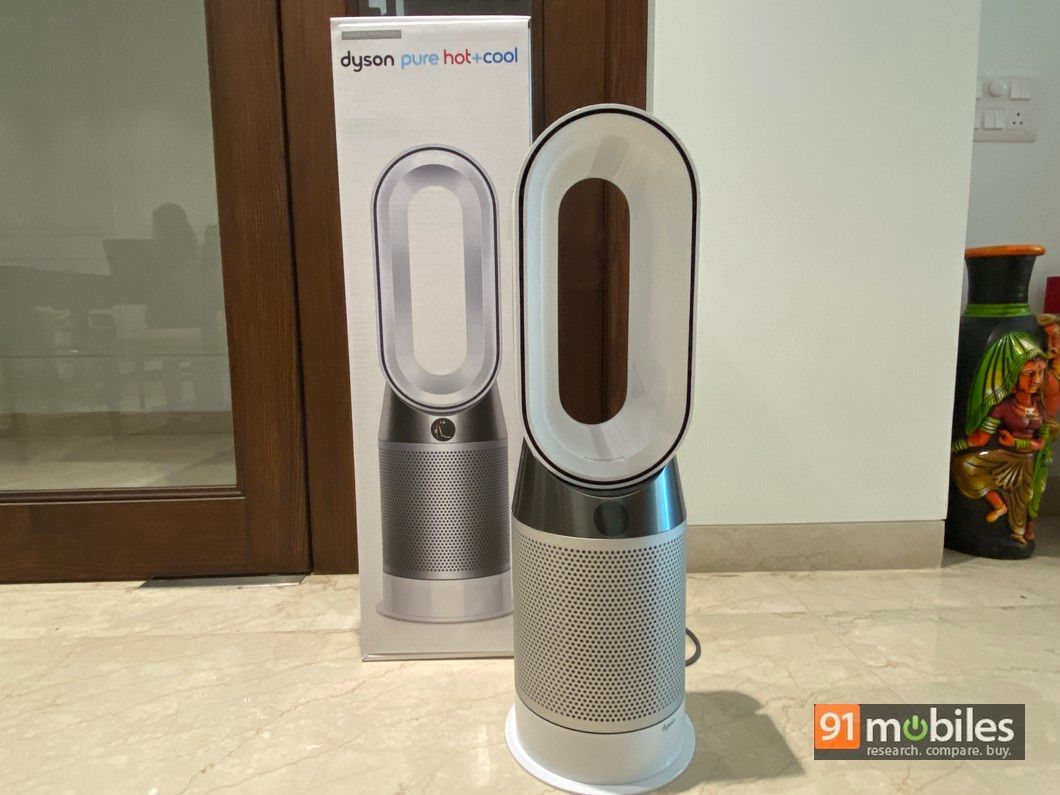 But if I’m indoors with the doors and windows closed, should I really be worried about that 400 AQI outside? Most definitely. It’s not as if the air inside is clean enough. I switched on the Dyson Hot+Cool air purifier, with its display showing an AQI of 140 inside the room. This was still in the very poor category. 20 minutes of running it in auto mode though, and the display showed an AQI of 65 in the room, which is in the satisfactory category. Another 10 minutes and the AQI went down to 45, which means the air is all cleaned up and safe. I could actually see the AQI going down in front of my eyes. Going above and beyond a regular air purifier, the Dyson ticks all boxes and then some more to ensure you get to breathe clean air at home. By combining a HEPA filter with activated carbon, the device can filter out both particulate matter as well as volatile organic compounds like formaldehyde and Nitrogen Dioxide… right in the first pass. 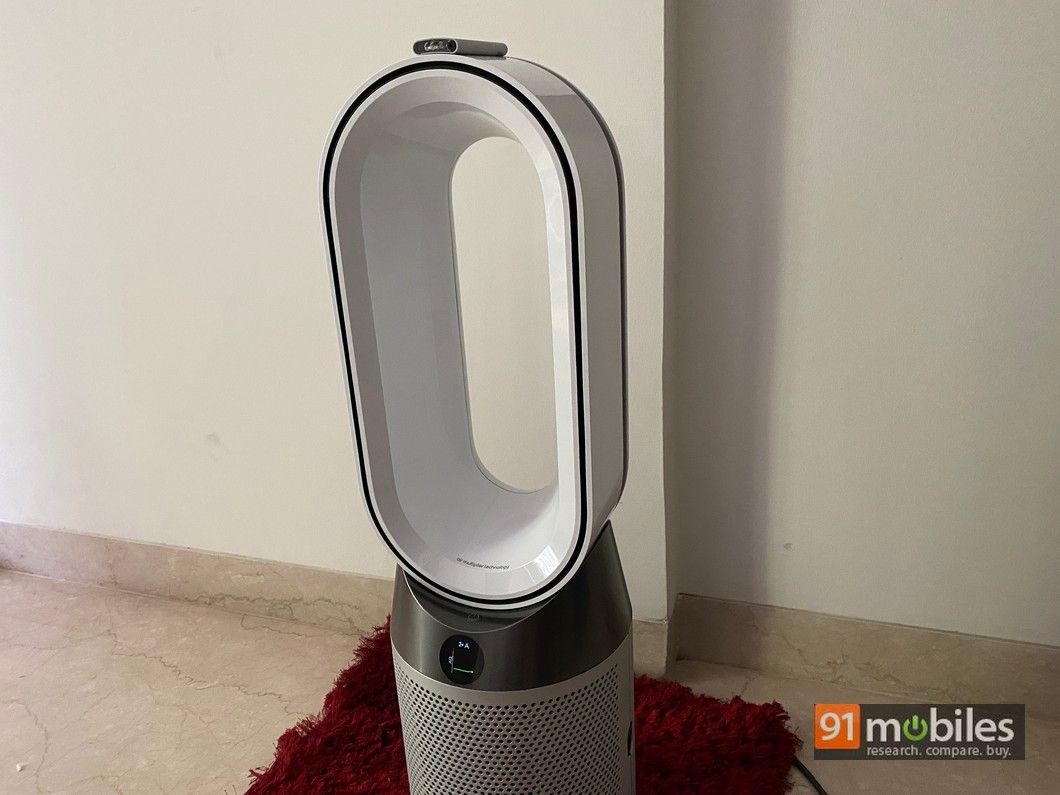 Part of the package is Dyson’s POLAR testing process. Unlike most other brands that use CADR as a measure of an air purifier’s effectiveness, Dyson’s POLAR test attempts to mimic real usage in homes. This involves using a 27 square meter room with no fan, the air purifier placed in one corner, and adding pollutants from the other corner. Nine air quality sensors placed in different areas of the room measure the efficacy of the device, and in Dyson’s view, the data obtained is a more accurate representation. Furthermore, combined with the Dyson air purifier’s ability to project purified air to every corner, you’re basically looking at a device which is extremely effective at its core function. 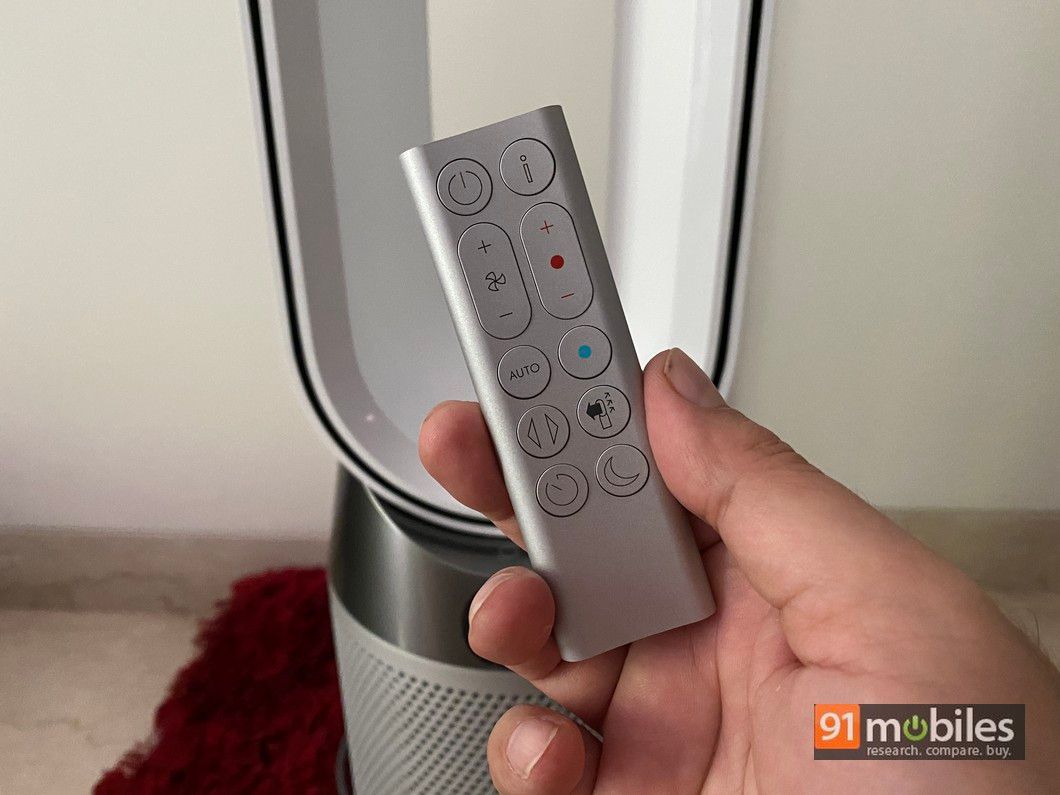 There are a few other aspects of the device that are unmatched too. For example, the fact that it can double up as a room heater. I’m looking forward to using that feature in the harsh Delhi winters. Then there’s the quiet operation… the device is so quiet that sometimes it’s hard to discern whether it’s on or off. Unless of course, it’s in auto mode and fighting to bring down the AQI to reasonable levels. The fanless design not only looks cool, but is also quite safe if you have kids and/or pets at home too And then there are the added smarts, which include built-in Wi-Fi, voice control via Alexa, and the Dyson Link companion app.

The price, you might ask? A cool Rs 55,900. It’s a big amount to pay for an air purifier, but then again, not really. Given its features and how well it does its job, the Dyson Hot+Cool air purifier isn’t a bad investment by any means.