It’s the time of the year when festivities are in the air, but unfortunately, so is a lot of pollution. The onset of winters usually marks the time when many folks get concerned about the quality of air they’re breathing, and with good reason. Respiratory issues and related health concerns are no trivial matter, and while the high levels of pollution are obviously a reason to worry for those who already suffer from these conditions, others shouldn’t ignore them too. Dyson’s refreshed (pun unintended) model of its Hot+Cool air purifier comes in at an opportune time. Let’s take a closer look. 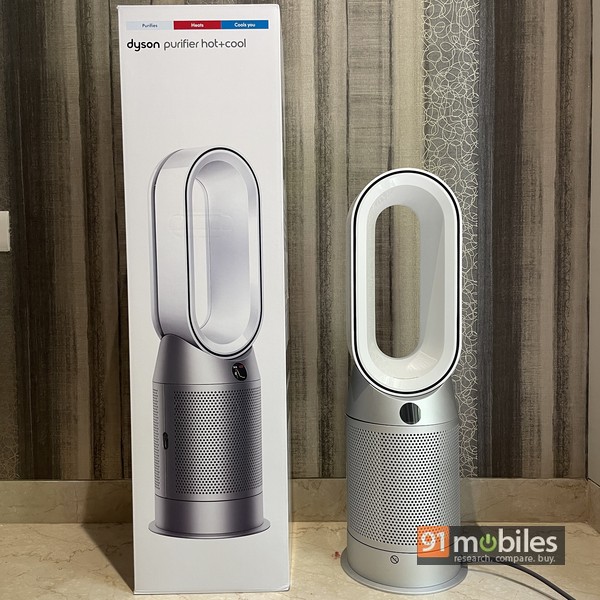 The Hot+Cool HP07 comes in as an upgrade to the previous model in the series, the HP04, and meets the HEPA H13 standard for the entire machine… not just the filter. The device promises to capture 99.95 percent of particles as small as 0.1 microns, including allergens, bacteria, virus, pollen and mould spores. And, the new model is supposed to be up to 20 percent quieter than the previous one too… not that the HP04 was a loud machine. 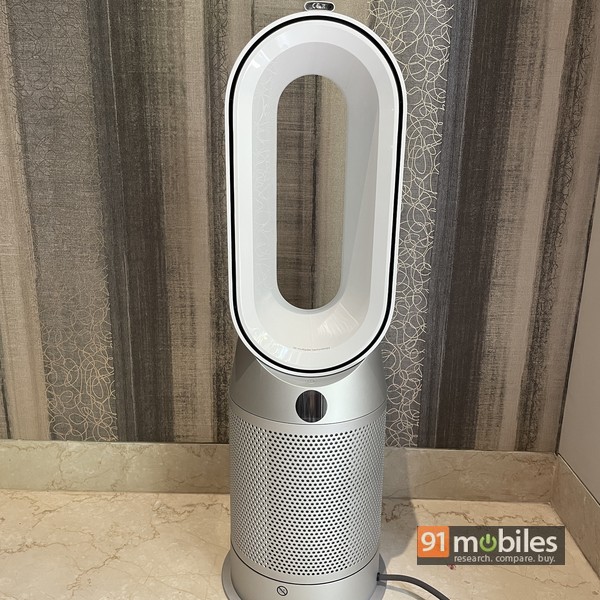 In terms of design, you get the same iconic-looking gadget that features a cylindrical base and that signature bladeless loop on top. The base contains the filter and sucks in air, throwing out cleaned air from the top portion. A circular display on the front shows data related to the air purifier’s operation and various figures concerning the air around it, and there’s a button above it that you can use to switch the device on or off. You’ll hardly need it though, since the bundled remote can be used for controlling the device. The handy little thing attaches magnetically to the top of the device for convenient storage. 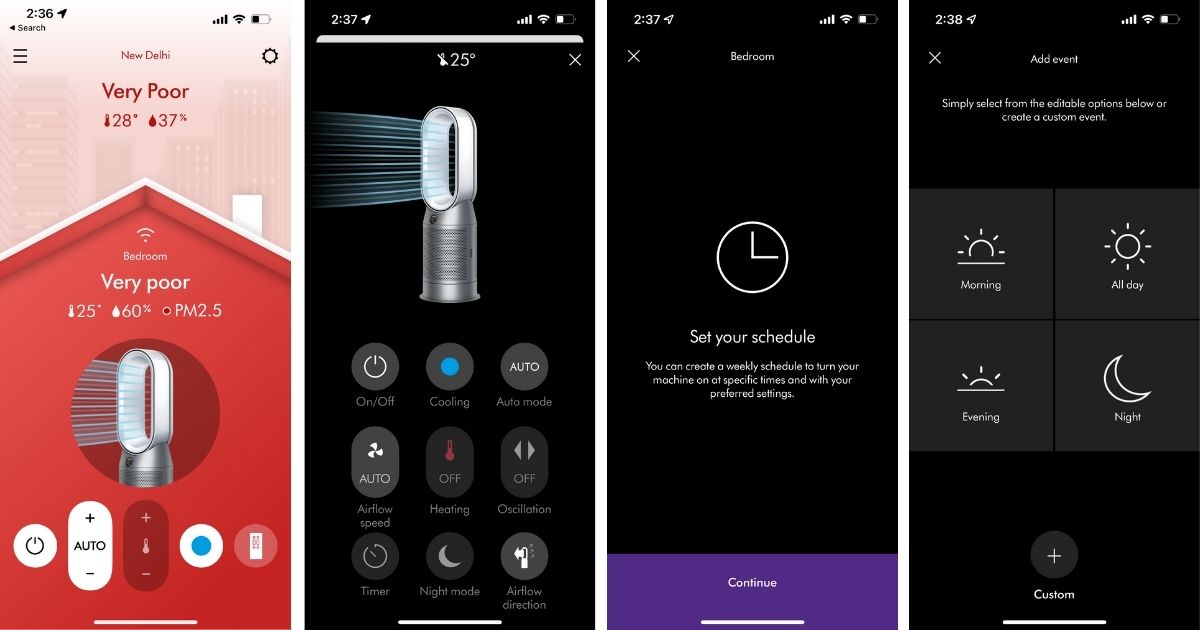 And thanks to the built-in Wi-Fi, you can control the purifier using the Dyson Link app. You even get voice control courtesy support for Alexa and Siri. The Dyson Link app shows you the current air quality in the room, and you can view trends over time as well after you enable continuous monitoring. Apart from air quality, you can view metrics on PM2.5, PM10, VOC, NO2, temperature and humidity too, along with remaining filter life. You can also set up schedules for switching your machine on and off automatically. 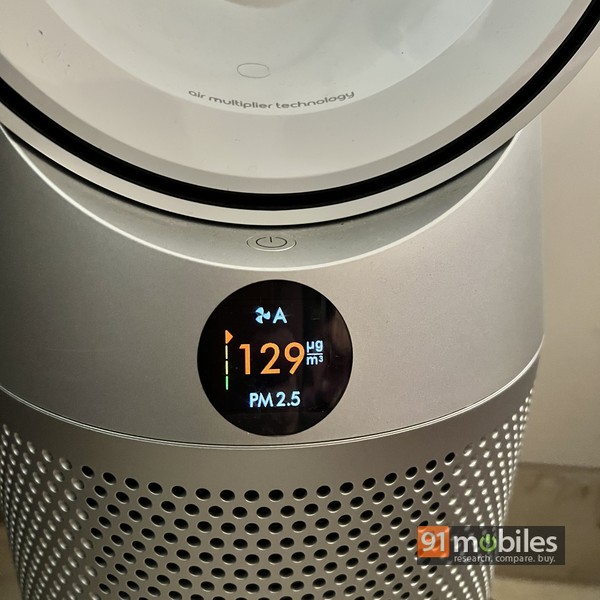 Apart from its main responsibility of cleaning air, the Dyson Hot+Cool, as is evident from the name, doubles up as a room heater too… a function that I find extremely useful during the cold Delhi winters. And while it doesn’t really have a cooling element, it can function as a fan to blow cool air as well. 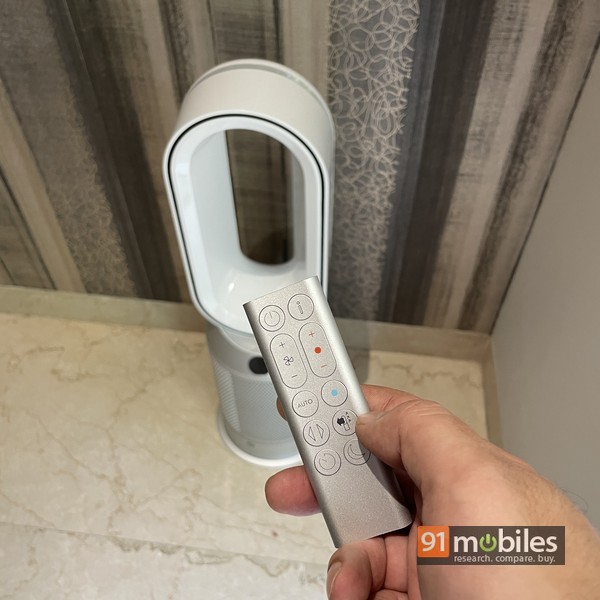 While air purifiers from most rivals use the standard CADR (Clean Air Delivery Rate) method to prove the efficacy of their offerings, Dyson relies on what it calls the POLAR test. Unlike CADR that’s measured in a small room with a single sensor, Dyson uses a larger room equipped with nine sensors to collect data on how effectively its purifiers can clean out the air. In my usage, I found the Dyson Hot+Cool HP07 to be quite effective too, based on the air quality levels shown on the display. The air seems noticeably lighter and easier to breathe in too. The device features Air Multiplier technology that helps spread the purified air more evenly around the room, and comes in handy since usually, most people would place the device towards the corner of the room. You can even set the device to blow air from the back instead of the front if you so wish, and set it to oscillate for better air distribution. 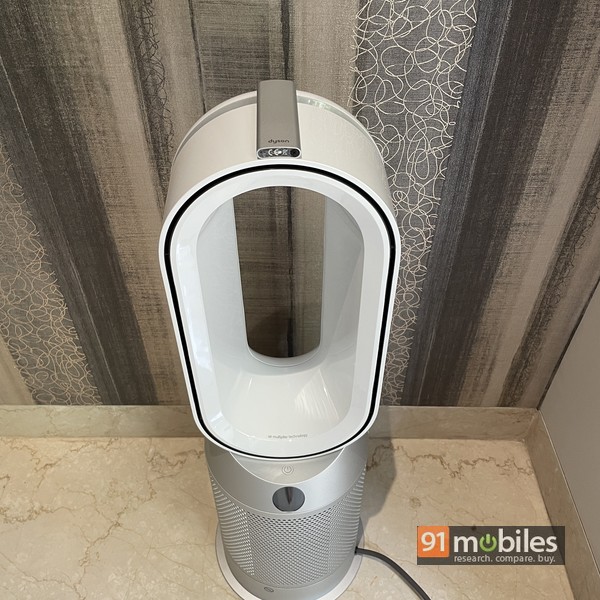 The Pure Hot+Cool HP07, like most things Dyson, doesn’t come cheap. Priced at Rs 47,515 as part of the inaugural offer, it’s placed on the premium end of the spectrum as far as air purifiers are concerned. Moreover, it doesn’t come across as a massive upgrade over the HP04 model, which is listed at Rs 39,900 as I write this… though it seems to be currently out of stock. Also, the market is flooded with options from different brands too. It might be pricey, but the Dyson Hot+Cool HP07 scores high on aspects like design, efficacy and smarts, and if you can afford it, seems well worth a buy.