Photographs capture memories, and for a long time now, smartphones have been handling the role of shooting and storing those precious moments for us. Point-and-shoot cameras have almost been pushed to the point of extinction, and smartphone cameras have actually begun to challenge DSLRs now. In such a scenario, does an instant camera make sense? I set out to find this out for myself and got hold of the Instax Mini LiPlay from Fujifilm. The device isn’t really new, but does work as a Bluetooth printer apart from being an instant camera. 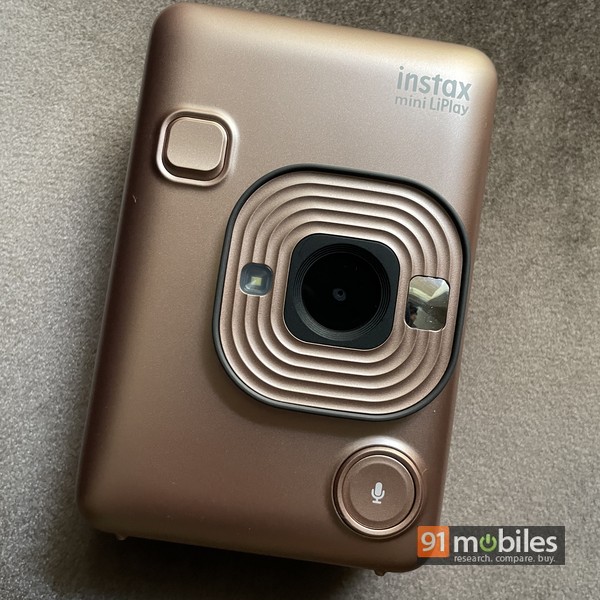 Fairly large in size, the Instax Mini LiPlay does feel a tad blocky and bulky when compared to a regular point-and-shoot. Designed to be held in the vertical orientation, the camera has a large lens on the fascia, surrounded by a prominent-looking ringed pattern, with the protruding module also holding the flash and a small selfie mirror. Next to it is the shutter key, and a voice button placed below (more on this later). On the back, you’ll see the 2.7-inch LCD display, with a 5-way key below, along with a back key, a playback button and a print button. Towards the left of the screen is a plastic tab that opens to reveal a microSD card slot, and there’s a spring-loaded sliding key above the screen that can be operated to open the camera for loading the film cartridge. 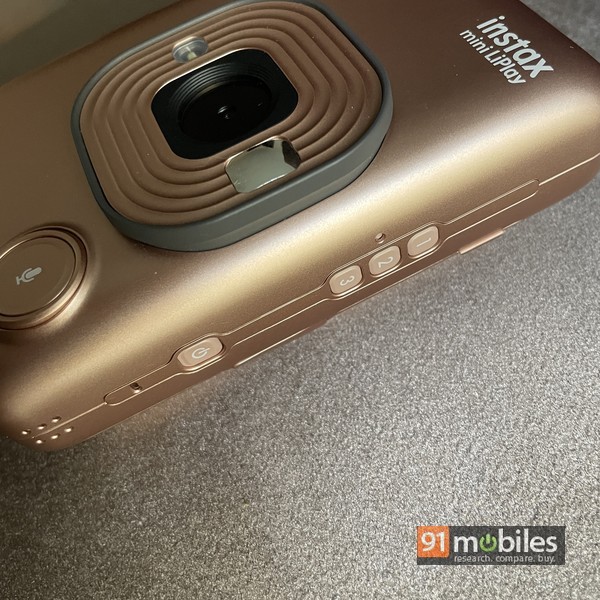 On the left spine, you’ll see three buttons that can be assigned to your favourite frames, and a power key below… next to a few holes that hide a mic and a speaker. The top has a slit that ejects the photo print, the right has a lanyard hole, while the bottom is home to a micro-USB port using which the internal battery can be juiced up. The device doesn’t have a tripod mounting hole. 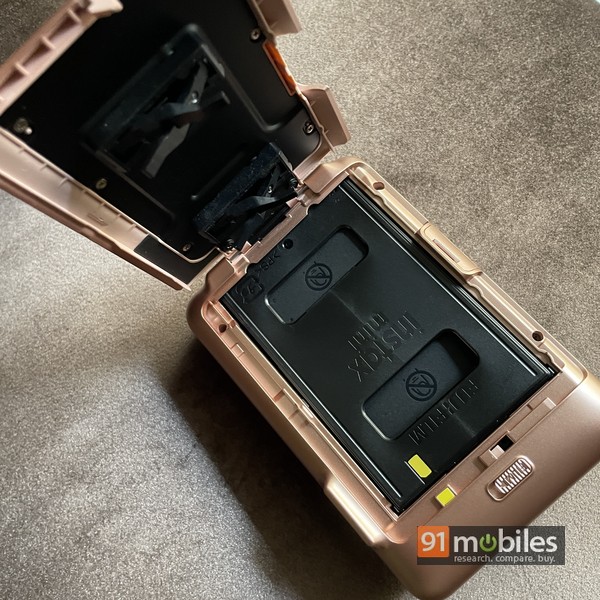 The Mini LiPlay outputs tiny, 1.8 x 2.4-inch prints, and accepts standard mini Instax film which is available for around Rs 1,000 for a pack of 20. The cost per print works out to be around Rs 50, if my math is correct, and that does seem quite pricey. That’s the cost you pay for being able to churn out instantaneous prints anytime, anywhere. Each cartridge accommodates 10 prints and can be inserted into the camera by opening up the rear panel, like I mentioned earlier. 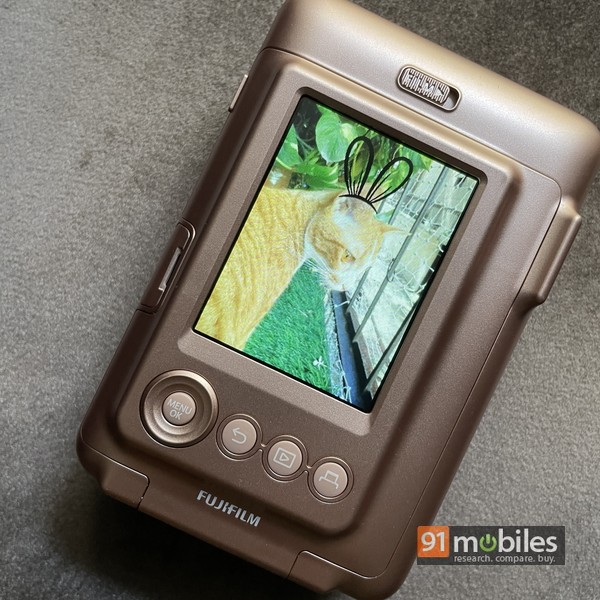 The camera employs a basic 5MP CMOS sensor with 28mm focal length and f/2.0 aperture. You do get autofocus and exposure compensation, but there’s no control over other parameters like ISO or white balance. There are a series of filters available, and quite a few frames which can be applied on photos while shooting or even later. The image quality is average at best, and you need to make sure there’s ample light available to get printable photos. The built-in memory is good for about 45 photos, so you’ll need to add a microSD card to make proper use of the device. There’s even an option to record sound while shooting a picture, and the resulting photo print then gets an embedded QR code on the corner, scanning which plays the sound clip. It’s an interesting idea in theory, since you could add a personalised voice message or greeting to a photo and share it with a loved one, though it could feel a tad gimicky as well. 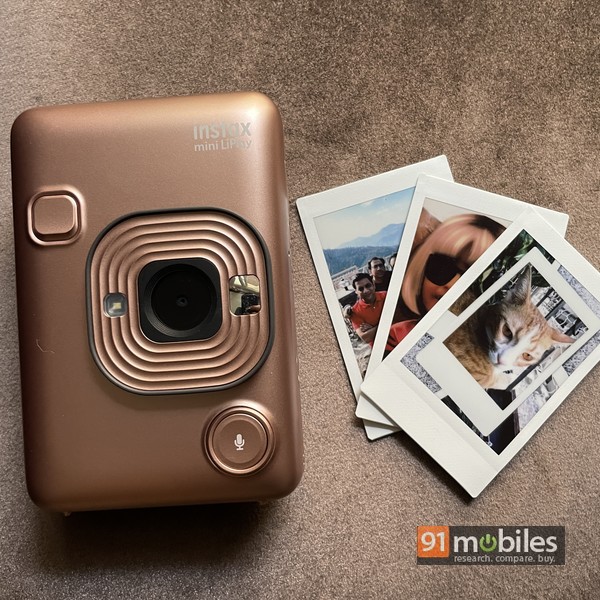 The Mini LiPlay also doubles up as a portable printer, and this is a handy feature, especially considering your smartphone would be able to shoot better pictures in terms of image quality in most cases. For this, the Mini LiPlay app (available for both Android and iOS) helps. The app lets you pair your smartphone with the LiPlay over Bluetooth, and once that’s done, you can use the app to assign three of your favourite frames to the hardware shortcut buttons on the camera. Apart from that, you can also use the app to print photos from your phone’s gallery, and there’s an option to adjust aspects like brightness, contrast etc, and apply filters / frames before printing too. The app can even be used as a remote shutter for the LiPlay camera, and click pictures from a distance. 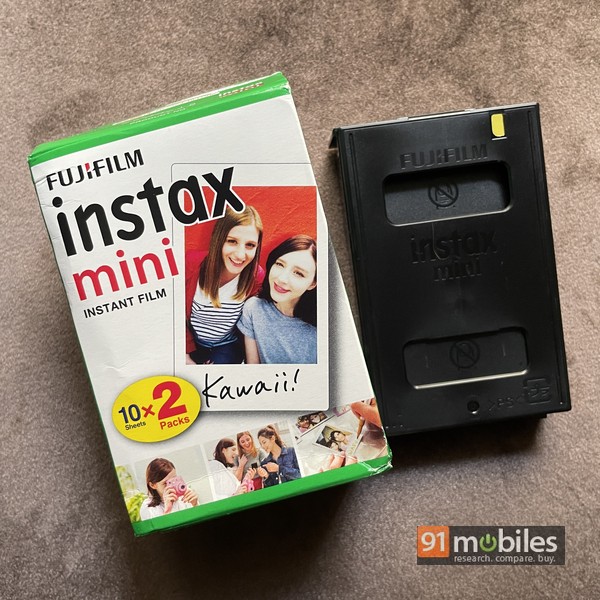 Depending upon how good your original image is, the Mini LiPlay prints small, but nice-looking photos near-instantly. Of course, its instant nature is really the key point, plus the fact that it also works as a portable printer, allowing you to snap pics from your smartphone and then take prints anytime, anywhere. 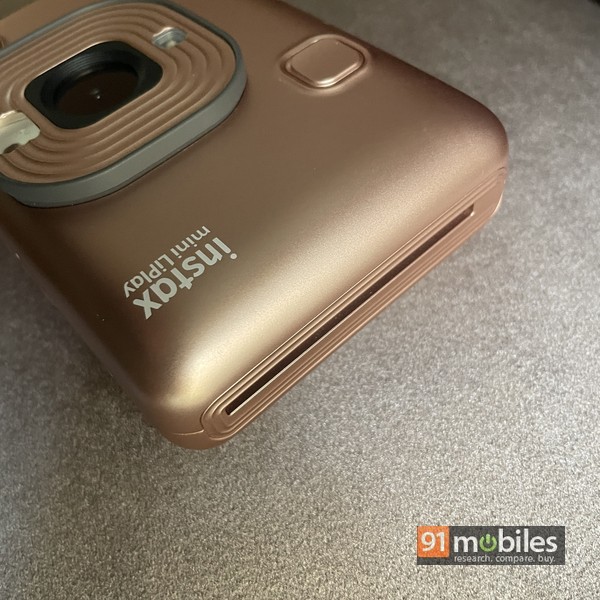 The Instax Mini LiPlay costs Rs 10,999, which is a bit pricey, given that the camera quality isn’t great, the prints are small, and the cost per print is high too. You could get more conventional home printers for much lower, or even make use of photo printing services or studios to get snaps printed if you so want. Suffice it to say that there are quite a few practical reasons not to get the LiPlay. However, there are a few emotional reasons to get it, if you’re so inclined… since its instant nature is what makes it worth a look.