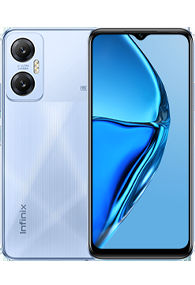 Infinix has revealed its new budget offering in the form of the Hot 20 5G which is priced at Rs 11,999. The company has been quite active recently with respect to value-for-money devices in several segments of the mobile market. What makes the device stand out is not only its 5G capabilities but also the inclusion of MediaTek’s Dimensity 810 under the hood. The smartphone is stacked up on paper but how well does it fare in real-world usage? Let’s find out in this full review of the Infinix Hot 20 5G. 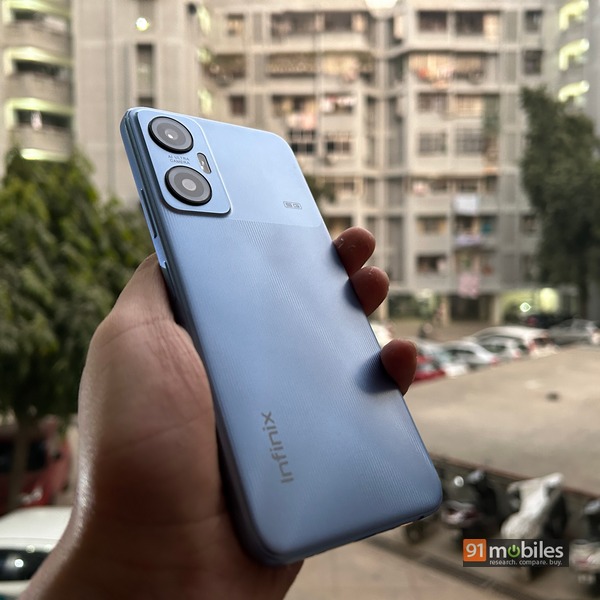 In many regards of smartphone experience, such as performance, build and battery life, the Infinix Hot 20 5G is a capable phone. However, if image-taking prowess is a priority for you, there are better options in the market. 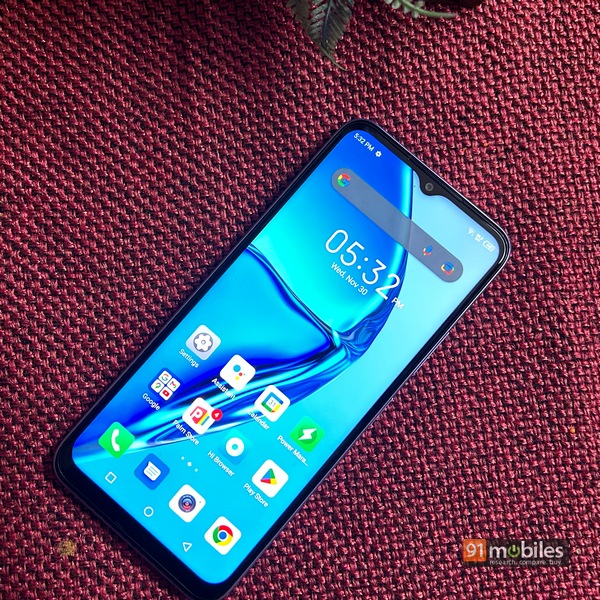 The phone’s exterior resembles quite a few Infinix phones of the past. With its unibody polycarbonate build, two-tone finish, and textured back panel, the Hot 20 5G doesn’t immediately differentiate itself from the sea of budget phones. Sure it is structurally sound with no flex around the chassis, but that is generally the case for most phones. The standard power button cum fingerprint sensor combo is present to the right while the USB Type-C port, speaker grille, and 3.5mm headphone jack is on the bottom. Two huge camera rings jut out slightly from the top half to pair with the LED flash module on the side. Overall the Infinix Hot 20 5G looks as standard of a budget phone as can be and that is a good thing. 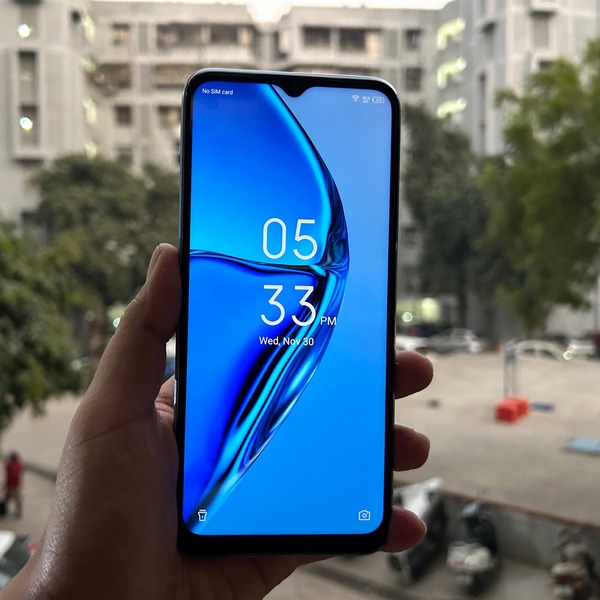 Moving on to the display side of things, the Hot 20 5G has a 6.58-inch FHD+ LCD panel that can refresh at 120Hz. The screen can get decently bright in outdoor conditions but the viewing angles are not the best. Unfortunately, the colour profile cannot be adjusted in the settings menu and you will have to settle for a slight bluish tinge on the screen. The 120Hz refresh rate works well for the most part but does stutter a bit while browsing Facebook. For OTT consumption, the device only has a WideVine L3 certification for HD content on Netflix, Amazon Prime, and more. Finally, the device uses a dated waterdrop-style notch design with chunky bezels on all sides that eat into the screen real estate. 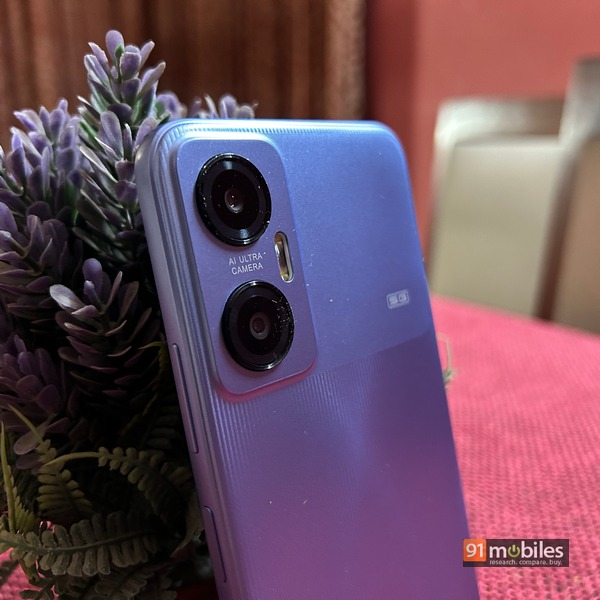 In terms of the optical hardware, the phone has a 50MP primary camera and for some reason, a QVGA camera which doesn’t accomplish too much. Daylight shots from the device are decent enough with a satisfactory amount of detail and dynamic range. Shutter speeds are fast although the autofocus can be slow when going for close-up shots. Colours do come out a bit more saturated than I would’ve liked but some people can find that appealing. Apart from that, the phone does average portrait mode shots with spotty edge detection. There are no ultra-wide or macro shooting capabilities on the device. The phone’s low-light photography leaves a bit to be desired. In the absence of sufficient ambient lighting, the photos turn out quite grainy and soft. Getting a good focus also turns into an issue, while the dedicated Super Night mode just adds a lot of exposure to the shot without improving the detail. For the 8MP selfie camera up front, the photos clicked are reasonably good with detail but fail to maintain exposure in the background. 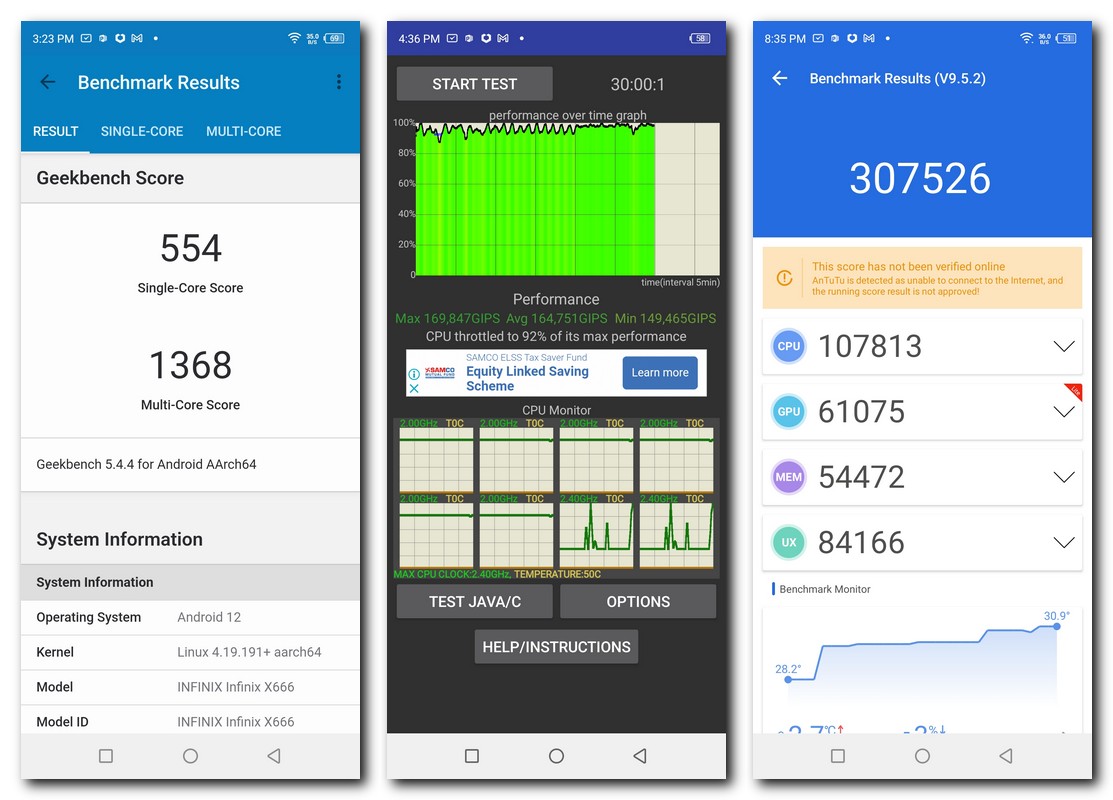 Performance is the USP of the Infinix Hot 20 5G thanks to the Dimensity 810 SoC. The 6nm SoC is capable of handling medium to heavy tasks with relative ease allowing the user to operate multiple apps without lag. I ran a few benchmarking apps and was satisfied with the scores. The phone also does not throttle under sustained load with the CPU maintaining an impressive 92 percent of its peak performance. I ran PUBG: New State on the device and it was able to deliver 60fps at HD graphics, which I consider good enough for the price. The phone comes with 4GB LPDDR4X RAM with a further 3GB available as virtual swap memory from the 128GB internal storage. There is also a dedicated microSD card slot to increase the capacity of the device by 512GB. 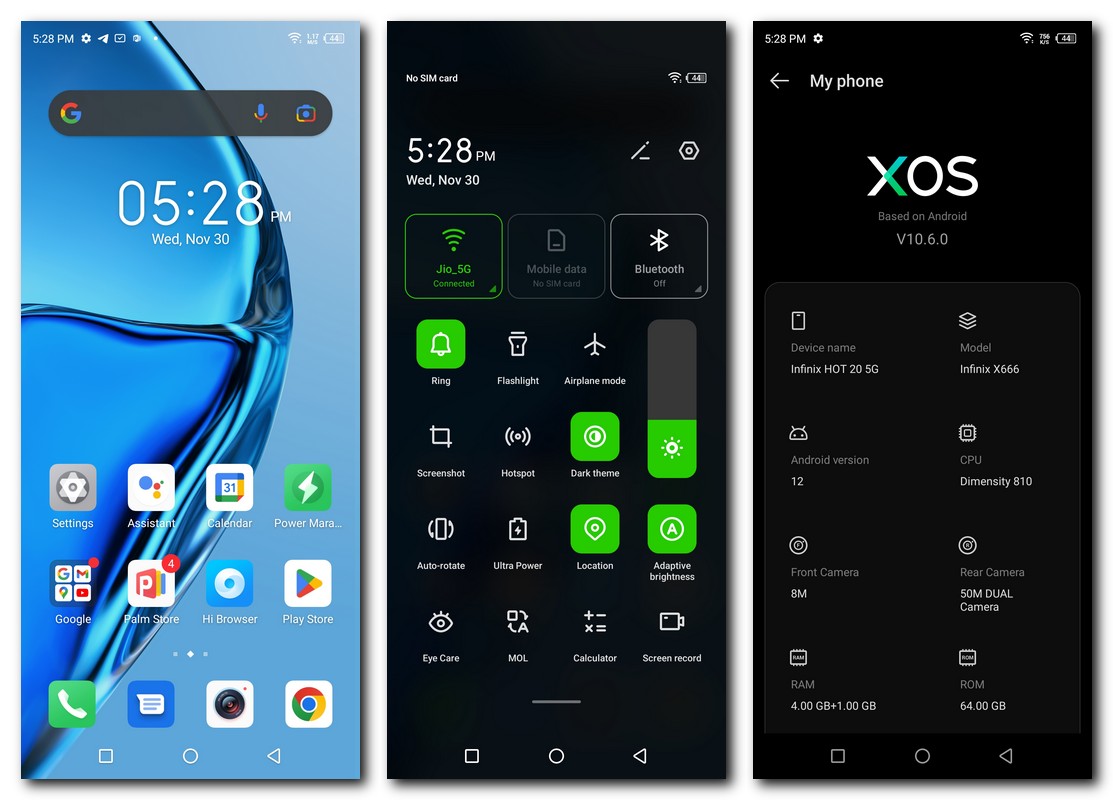 5G is rolling out in stages across the country and when your location gets the service, the Infinix Hot 20 5G will be able to support it. My area does not currently have a 5G tower but I did test 4G LTE capabilities on the device and came away satisfied. The fingerprint sensor worked as expected while the bottom-firing speaker can sound a bit tinny. The device runs on Infinix’s proprietary XOS V10 which is based on Android 12. There are bloatware issues that persist across the UI and unnecessary usage of the word AI slapped across the stock apps. Also, Infinix does not have the best track record for software updates, so there’s that. 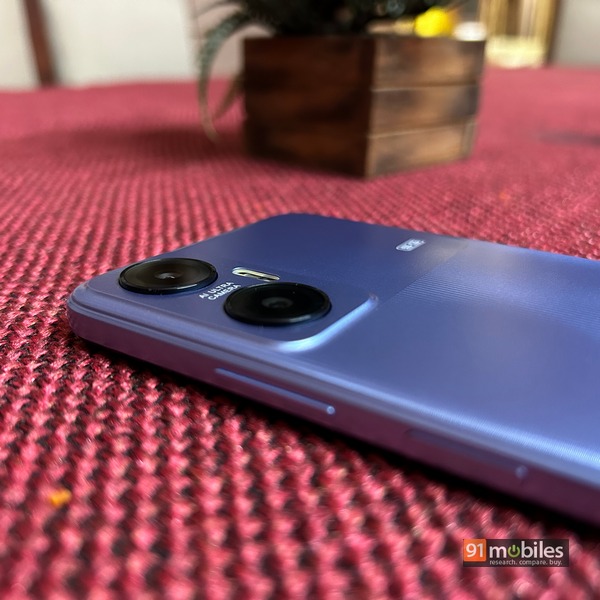 Battery-wise the phone has a 5,000mAh cell housed inside the device, supported by 18W charging. During my usage, the Hot 20 5G delivered about six to seven hours of screen-on time. This also included an hour of gaming along with streaming Netflix and YouTube. The charging speeds leave a little bit to be desired as it takes nearly three hours to completely juice up the phone. 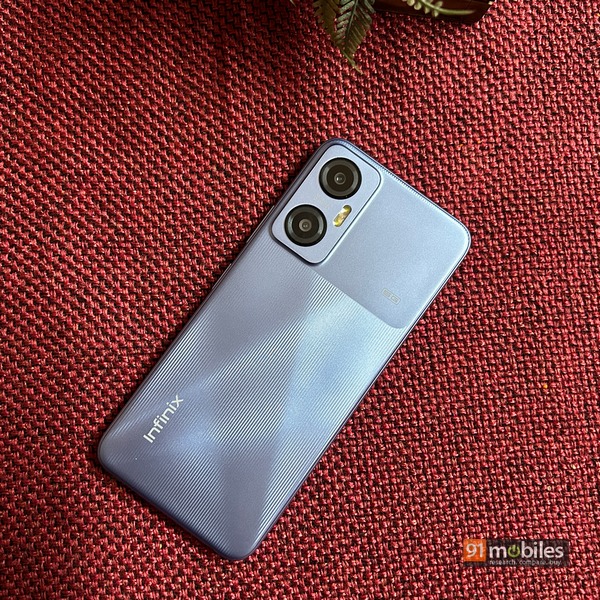 The Infinix Hot 20 5G is a decent performer and also benefits from 5G capabilities. The phone also has a good battery backup and features a sturdy build. While it doesn’t impress in the camera and software departments, users prioritising processing capabilities should find the Hot 20 5G more than adequate for their needs.