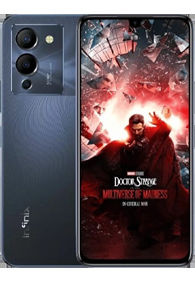 Transsion Holdings-owned Infinix brand has steadily been gaining steam with a bevvy of feature-rich smartphones offered at more than affordable price tags. The latest from the company is called the Infinix Zero 5G which is an odd choice of naming for a phone, but then, the brand hasn’t really adhered to conventional naming standards earlier as well. From the spec sheet of the device and a price tag of Rs 19,999, the Zero 5G is definitely worth a closer inspection. Can it create a ripple in the hotly-contested affordable smartphone segment? Let’s find out. 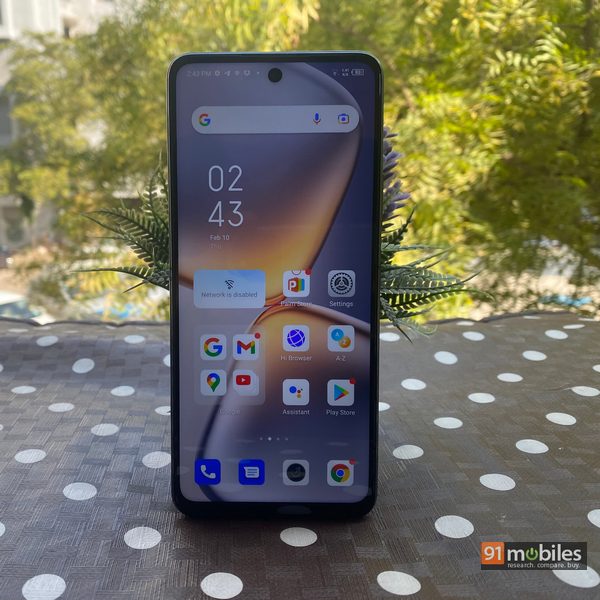 The Zero 5G is bogged down with poor software, average display, and a less than acceptable camera. However, it fares well in the performance department and is stylishly designed too… punching above its weight when it comes to looks. 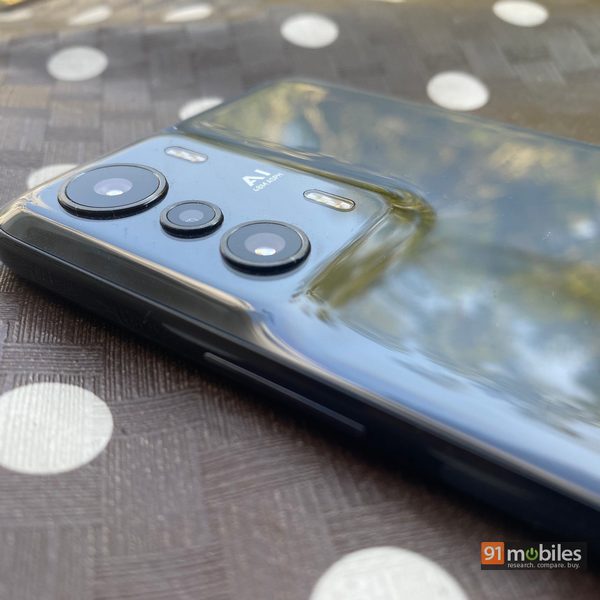 I showed the phone to some of my friends and asked them to guess the price by just looking at the device. Most of them were off by quite a bit. It is easy to see why, with the device’s glossy and smooth plastic finish merging seamlessly with the raised camera housing. The device’s craftsmanship is superb, accentuated by its curvy looks and a silky in-hand feel. On the bottom, there is a USB C port, headphone jack, and speaker grill, a common theme on Infinix smartphones. The Cosmic Black variant has a satin-like gradient that gleams in the sunlight and will likely catch the eye of just about everyone looking at it. Other than the fact that the power button cum fingerprint sensor and the volume rockers are positioned slightly higher than I would’ve liked, the Infinix Zero 5G gets 4/5 for design. 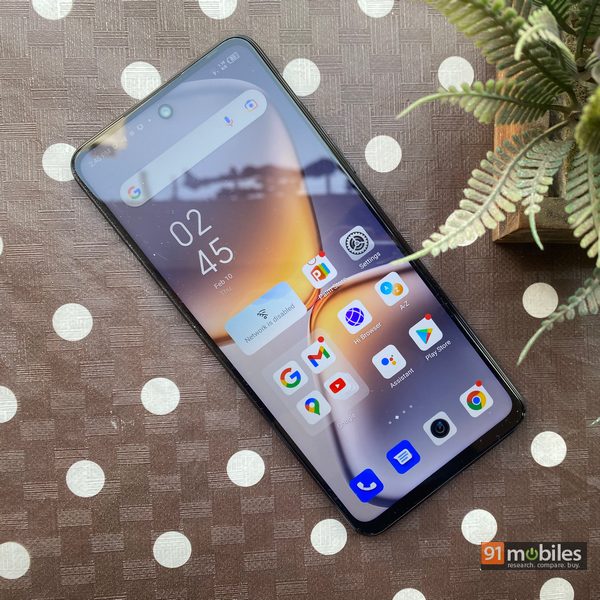 On the display side of things, the device has a 6.78-inch TFT LCD panel with 120Hz refresh rate and FHD+ resolution. These specs by themselves are not very impressive, as most phones that are worth their salt pack in something similar. That being said, I did find it confusing that the Zero 5G supports HDR10 content but doesn’t have WideVine L1 certification. Consequently, it does sour the OTT experience when videos are colour rich but are capped at 480p. However, when not viewing content, the display, in general, is quite good and colour accurate to a certain degree… though not as vibrant as AMOLED panels. Viewing angles are acceptable as are the brightness levels which allow for satisfactory outdoor usage. The chin at the bottom happens to be slightly big for my taste while the punch-hole at the top is large and has a bit of backlight bleeding around it. 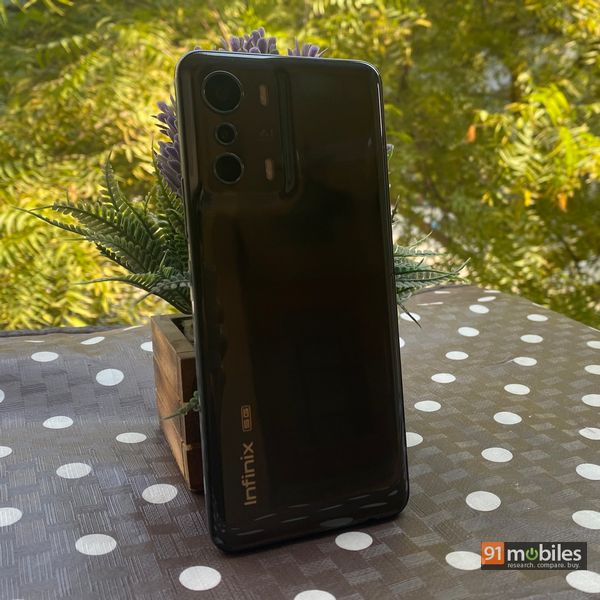 In the camera department, Infinix has included a 48MP primary shooter, a 13MP telephoto lens with 2X optical zoom, and a 2MP depth camera. When drowned in the bright afternoon sunlight, the primary shooter is able to deliver crisp shots with delicate detailing that look oversharpened in areas with shadows. Auto HDR kicks in effectively and allows the blues of the sky to seep into the frame while compensating exposure from the sun. Shutter speeds are quite slow which introduces some amount of shake unless your hands are extremely still. Infinix also allows you to adjust the f stop values for variable depth of field while using portrait mode, although the background separation is not too good. The 2X telephoto lens works well in good lighting but falls apart at night. Speaking of which, the nighttime photo capabilities of the device remain woefully incomplete, with the night mode going haywire with the exposure. There is the usual 16MP selfie camera on the front that clicks overprocessed photos but thankfully keeps the skin tones intact. The 5G-capable Dimensity 900 SoC is running things on the Infinix Zero 5G and for the price, I don’t think there is any better chipset out in the market. A look at the benchmark scores on Antutu and Geekbench gives us a good idea about the device’s processing capabilities. My experience of operating the Zero 5G, bar its software, has been fluid, flawless, and extremely smooth. With 8GB of RAM alongside an additional 3GB borrowed from the internal storage, even the heaviest of apps stay open in the background. The gaming experience was also quite good for a budget phone as BGMI runs full tilt at 45fps without a hitch. 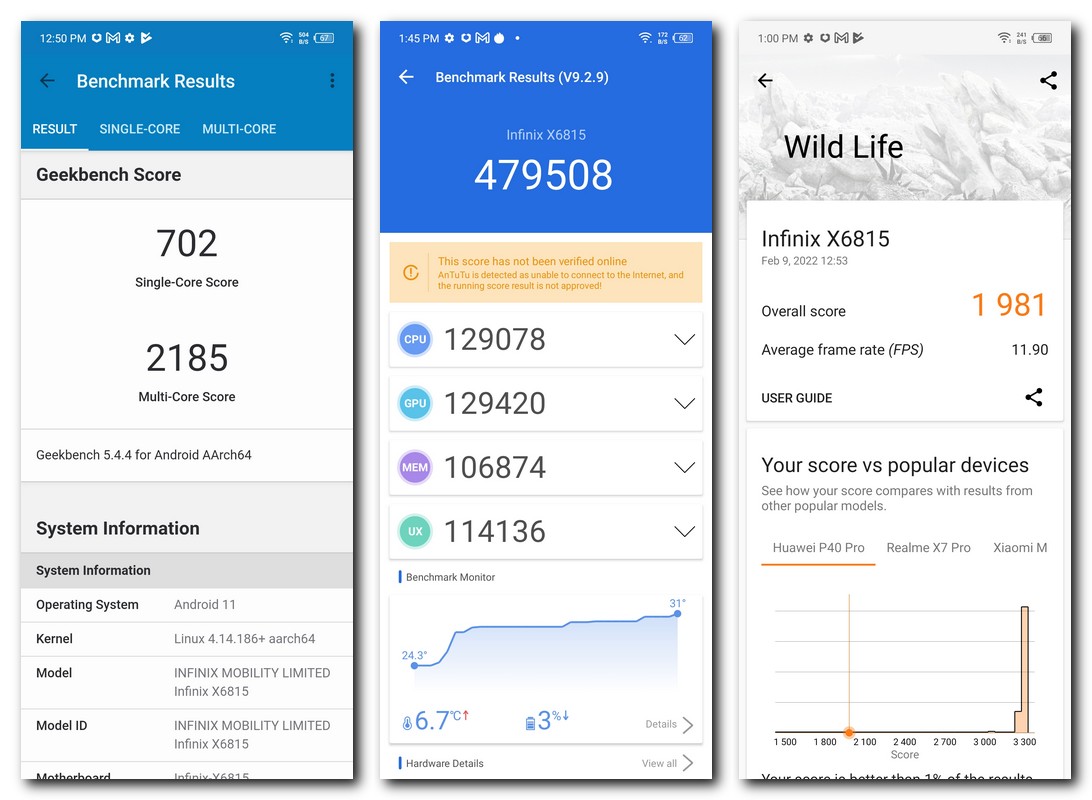 Most of the problems I had were around the phone’s XOS 10 Android skin which is riddled with a copious amount of bloatware. The interface in general doesn’t seem very inviting although Infinix has taken a page from Realme UI’s book with the large drop-down quick settings and organised notifications. However, the constant sign-in attempts into PalmID along with the prefix of ‘AI’ on all the utility apps is quite unsettling for me. Other features on the device include a speaker that crackles at high volume, a snappy fingerprint sensor, acceptable 4G LTE performance on Jio’s Noida network, and microphone and earpiece quality up to the expected standards. 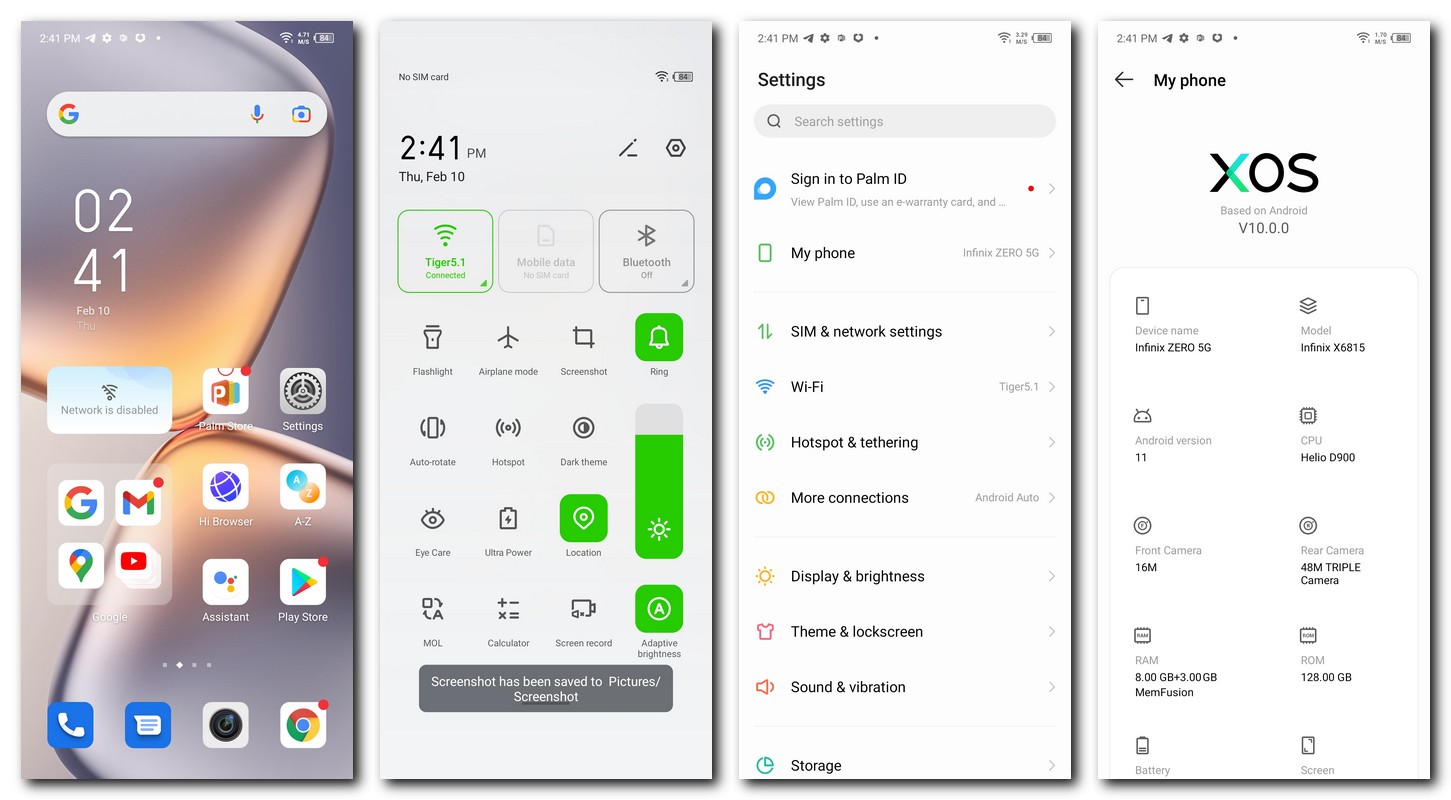 In terms of battery life, you get a 5,000mAh cell which is a standard issue on affordable phones these days. I wasn’t able to run my usually reliable PCMark’s Battery 3.0 benchmark for tests as it kept crashing, but I have a general idea around the battery life. It is decent enough to get me comfortably across a day of usage including some hours of intensive GPU usage, browsing social media, and watching YouTube videos. To keep the device in line, Infinix has also provided a 33W charging solution that can juice up the cell in about 90 minutes. 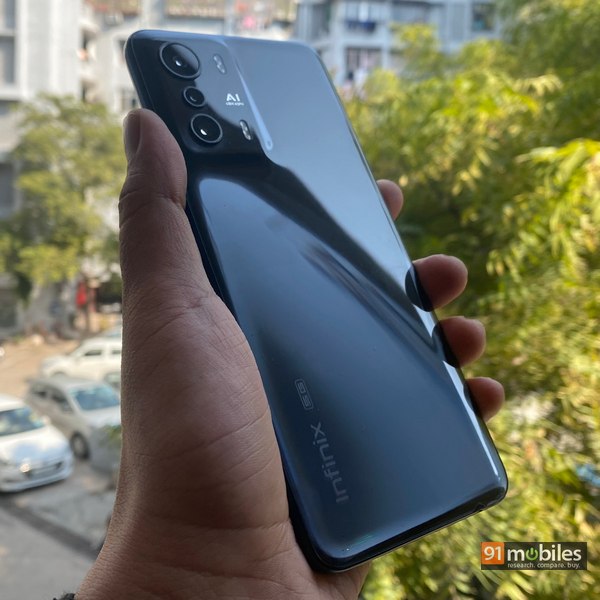 The Infinix Zero 5G keeps up with appearances thanks to a nearly flawless design and smooth performance. Unfortunately, for the price of Rs 19,999, the device is about average in all other aspects such as display and camera quality while its software implementation isn’t too great either. In comparison, the Moto G71 packs nearly the same performance metrics while offering a much cleaner UI and a better camera experience. The Zero 5G’s price tag makes it one of the most processing-focused phones in the market though, and you can consider it if its good performance and stylish design appeal to you.