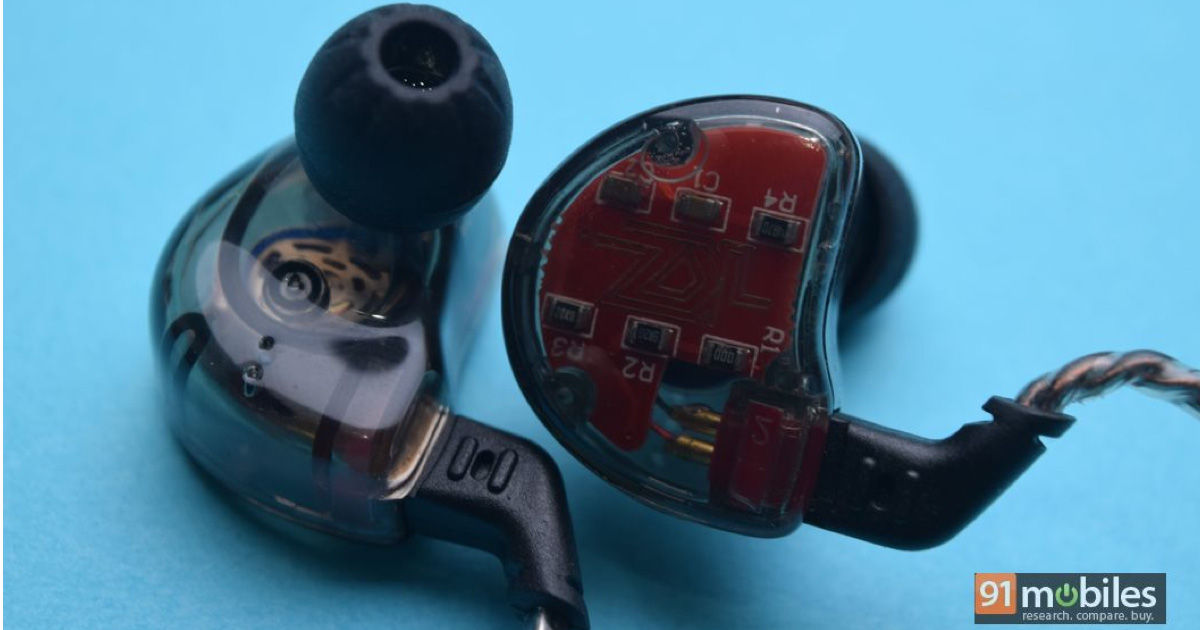 If you’ve been rummaging around audiophile forums seeking a pair of affordable earphones which sound excellent, then chances are you must have come across a company by the name of Knowledge Zenith. The brand makes excellent hybrid driver IEMs which are on par and even better than some significantly pricier offerings from other renowned brands. I’ve reviewed two of the company’s products myself, including the KZ ZS5 and the KZ ZS6, and I swear by both of them. 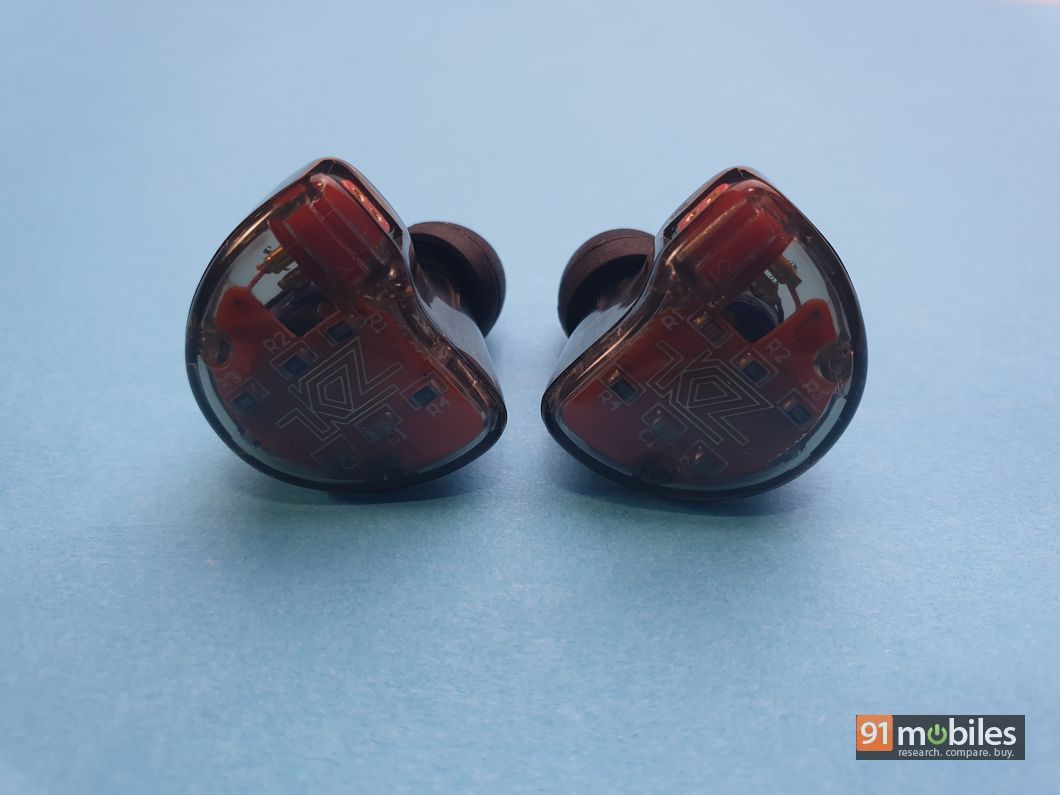 Therefore, when I was presented with the opportunity to review the brand’s latest flagship IEM, the KZ ZS10, which ship with FIVE drivers inside a single earpiece, I jumped the gun and got myself a pair to test. After using the IEMs for over a week, here’s what I make of it.

I was immensely impressed with the design of the KZ ZS6 as the unit feature metallic housings that sport angular cuts, thereby lending the budget earphones a rather premium appearance. With the ZS10, the company has upped the ante by outfitting the earphones with a transparent, plastic chassis which lets you peek at the innards, giving you a view of the five drivers and various other components inside. The housing feels quite secure too and unlike the KZ ZS5, I couldn’t find any cracks or crevices on the surface of the ZS10. 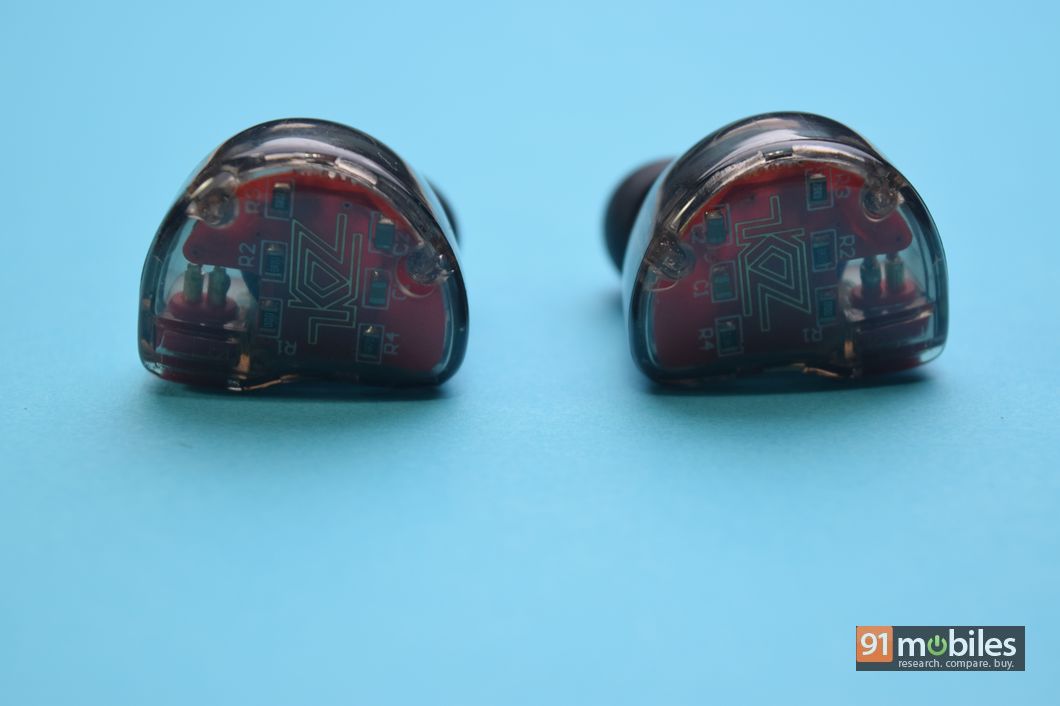 What’s more, KZ gives you the option to pick from three different colours for the casing too, including the transparent one I got for review along with a blue and a black hue which will surely jazz up your purchase. Moreover, unlike their predecessors, the ZS10 ship with a brand-new bronzed-out, detachable cable which feels a lot more reliable and tough. 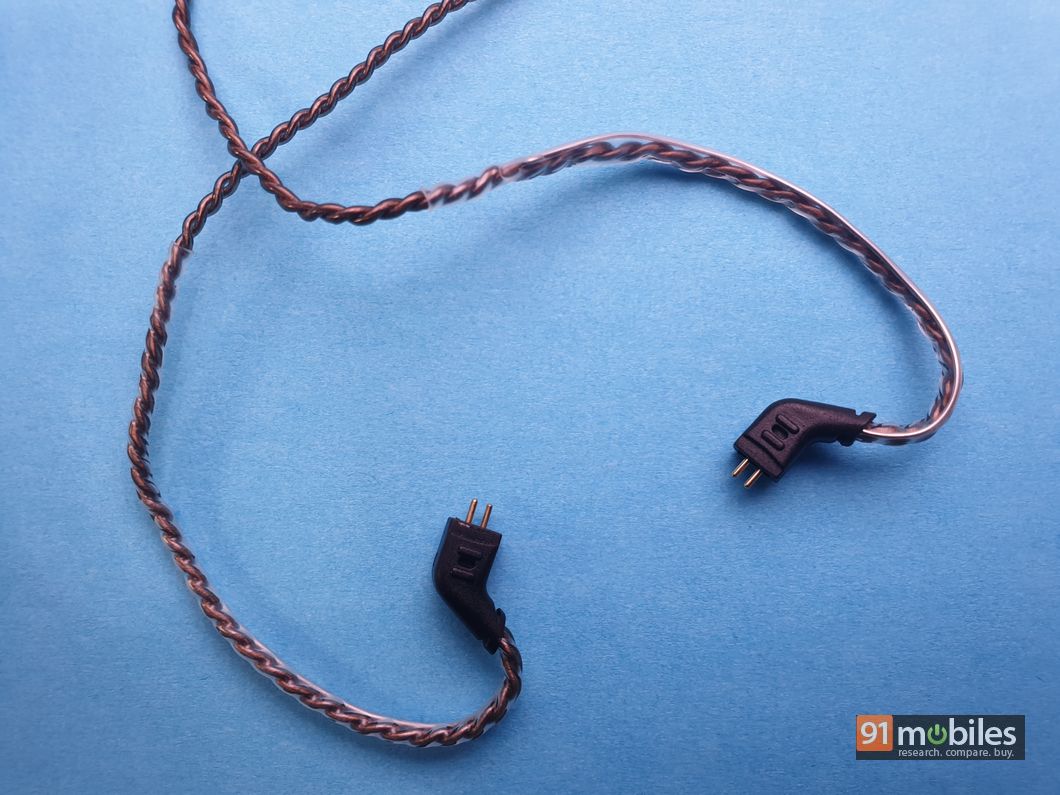 Unfortunately, the two-pin connectors which connect the earpieces to the cable still feel flimsy and I’d advise you to use extreme caution when connecting the cable to the earbuds or you’ll risk damaging them. That said, the cables for KZ’s products are pretty cheap and you can even swap the wired ones out for a Bluetooth module if you wish to go wireless. Therefore, the earphone’s longevity should not be a concern for most buyers. 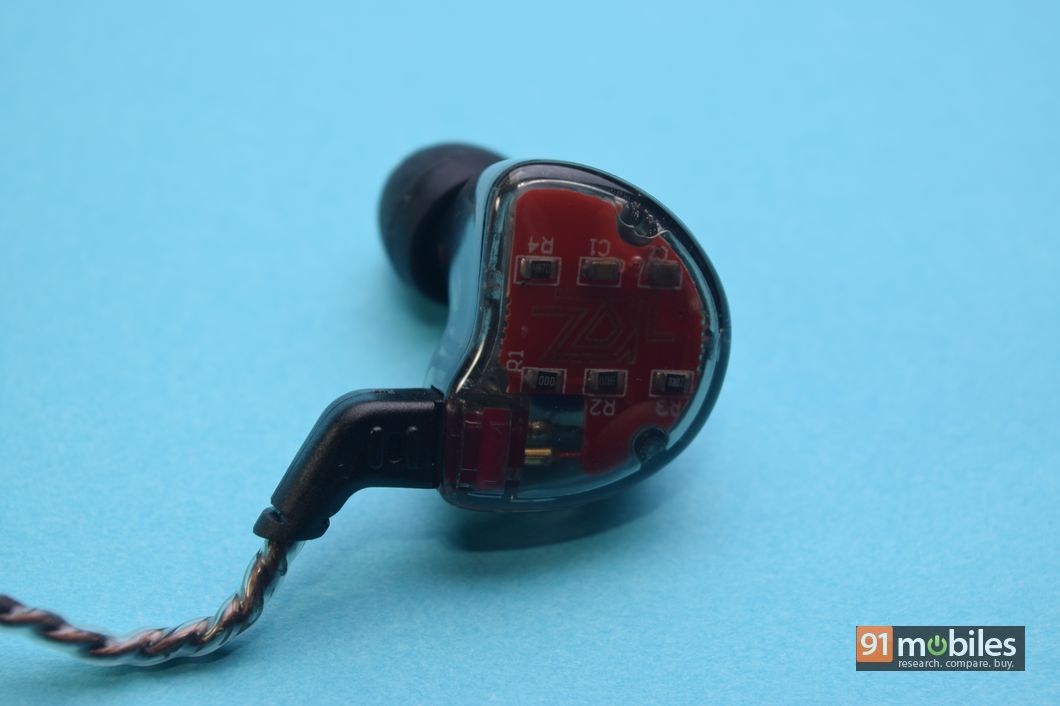 Cramming five drivers inside a single earpiece is no easy feat, especially if you want to avoid internal resonances. Consequently, the ZS10’s earbuds are larger than your run-of-the-mill single driver IEM and protrude outwards too. Thankfully, the earphones’ relatively large form factor doesn’t come in the way of comfort whilst wearing them and you can easily lose yourself in music for hours on end with the ZS10. Moreover, you won’t find any sharp edges on the ZS10 either, which ensures that the earbuds don’t bite the inside of your ears. That said, you could face issues with the fit of the ZS10 if you’ve got small ears.

As I mentioned previously, the KZ ZS10 is backed by a total of five drivers inside each earpiece comprising four balanced armature drivers and one 10mm dynamic driver. That’s a total of ten drivers strapped around your ears – let that figure sink in for a moment. Now, you might be wondering, why does a pair of earphones even need ten drivers. Well, by using four BA drivers, KZ hopes to segregate the mids and the highs even further, tasking each driver to handle a slice of the frequency spectrum, thereby bettering the overall sound output. While that’s a solid theory, do the earphones actually sound that good? To a large extent, they do. 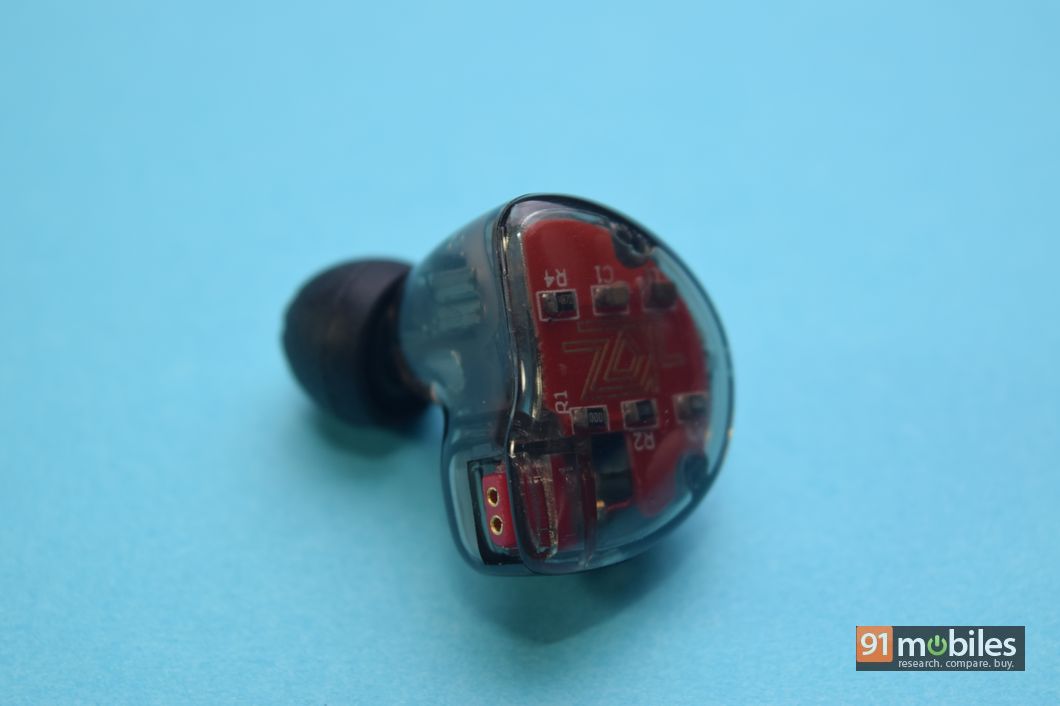 One of my biggest complaints with previous products in the ZS lineup has been the lack of impactful bass. The ZS6 rectified that to some extent, though the earphone’s sound signature still left me wanting for a little more oomph in the low end. Much to my surprise, the ZS10 pumps out punchy, enjoyable bass which doesn’t bloat even at higher volumes. It’s still not as thunderous as what you might get with a pair of Sonys, but it should suffice for most listeners. 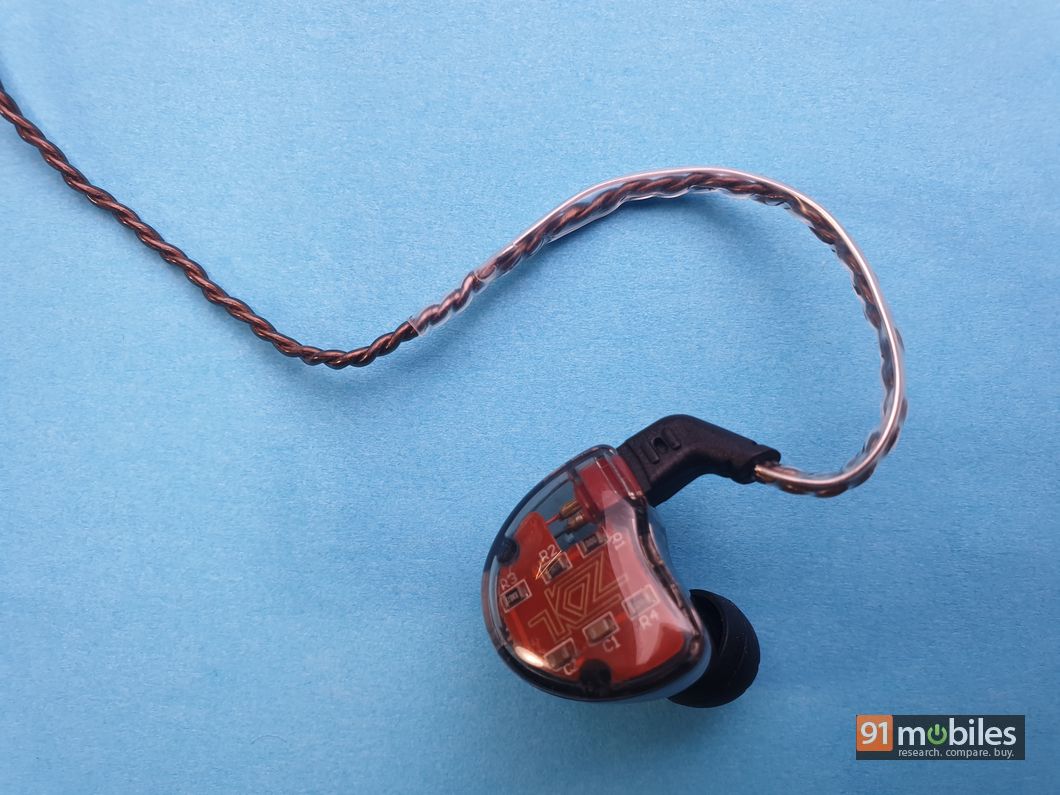 The low-end output has been controlled to not eat into the other frequencies too, which is evident when you listen to the Cake’s “The Distance”, wherein the vocals sound just as loud and clear as the bass guitar at the start of the song. Flip the page over to Jeremih’s ‘Down on me” and you’ll get a similar result – the beats in the song slam alongside the vocals without affecting the singer’s voice at all. 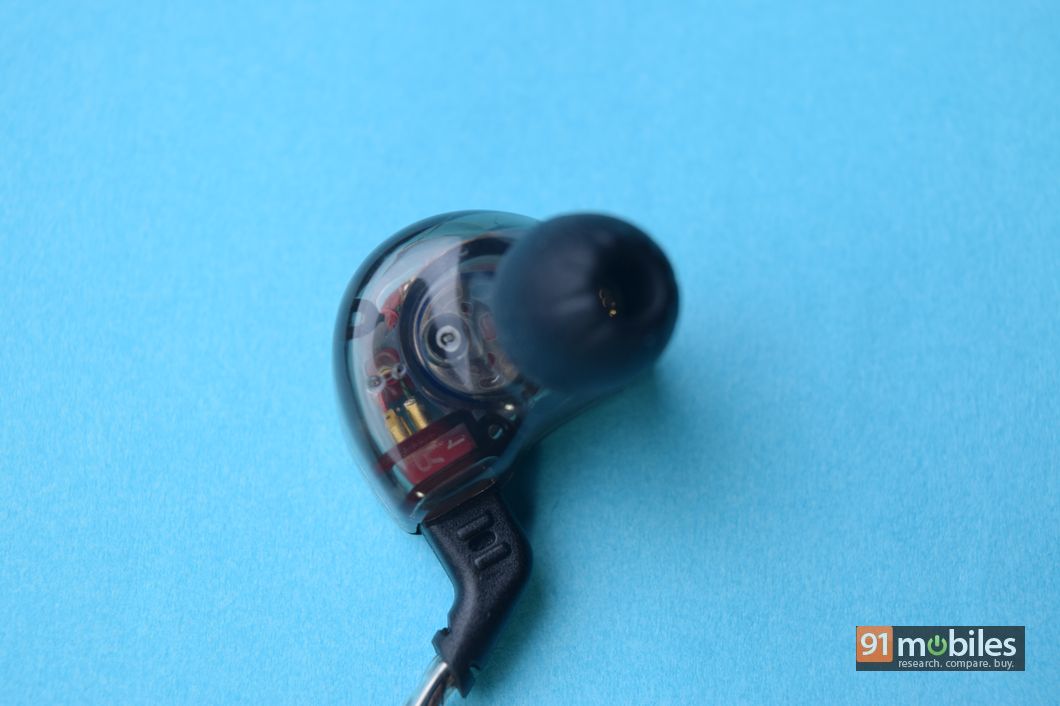 Speaking of which, the earphones do a mighty fine job of reciprocating the mids too. Voices of both the male and the female singers sound natural and don’t shriek at higher notes either. What’s more, unlike their predecessors, the ZS10 doesn’t sound sibilant, so words ending in an ‘S’ won’t hiss in your ears. 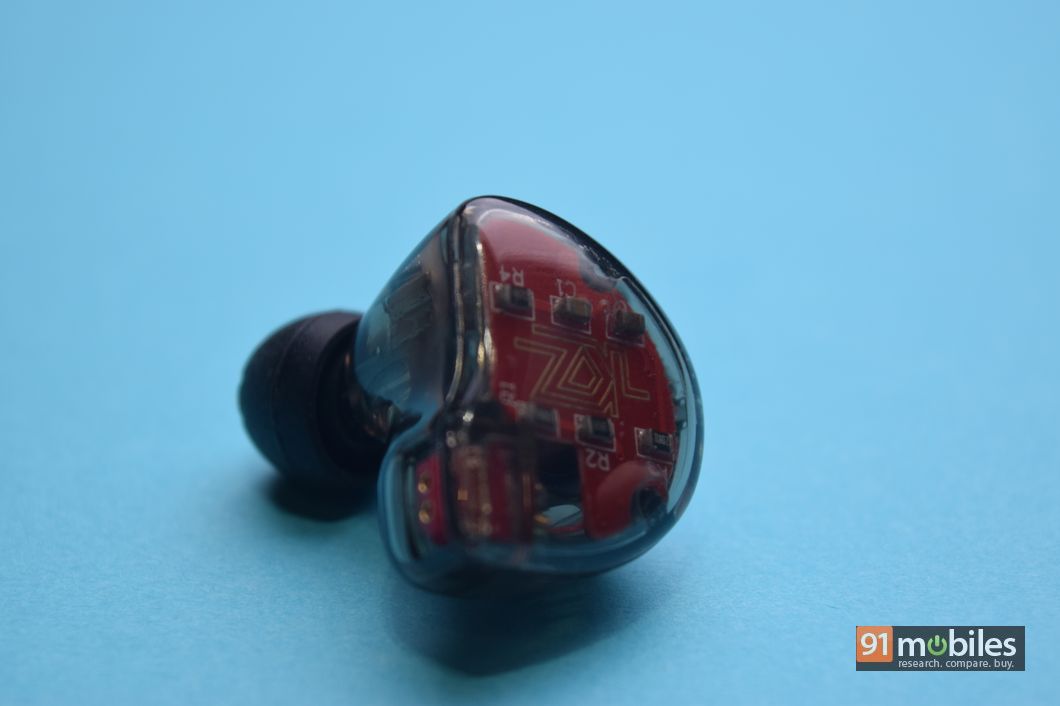 Knowledge Zenith has tweaked the ZS10’s treble response too and unlike the ZS5 or the ZS6, songs which primarily use electric guitars don’t sound shrill or overbearing. In fact, highs on the ZS10 sound a lot more laid back and pleasing to the ears than they did on their predecessors. I’d also like to mention that there’s no unnatural spike when a guitarist performs a ‘hammer on’ or a ‘pull down’ on the ZS10. It comes as no surprise that the penta-driver earphones offer excellent imaging and the soundstage is quite wide as well. You still won’t get a theater-esque experience with the ZS10, but as far as in-ear monitors go, it’s quite spacious. 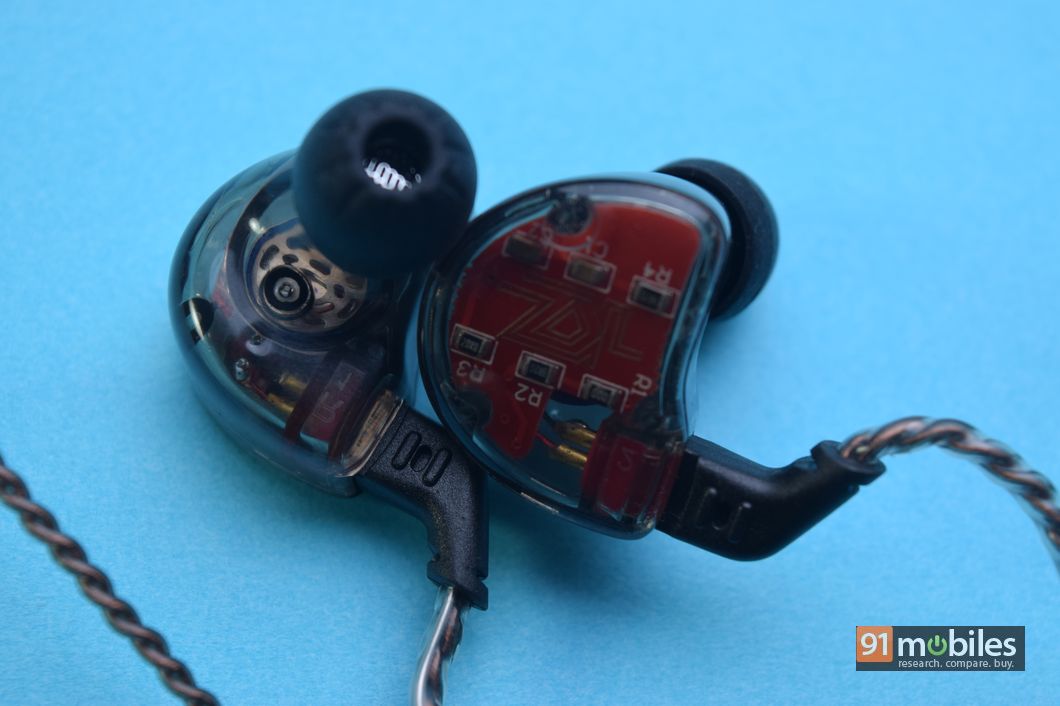 Without beating around the bush, let me tell you that the KZ ZS10 are worth every penny and the earphones will not disappoint you. Knowledge Zenith has somehow managed to perfect the sound signature of the ZS6 I love so dearly and has polished the IEMs looks too. In short, if you’ve got a budget of around Rs 5K and are looking for a wired pair of earphones, then you should pick up the ZS10 in a heartbeat.