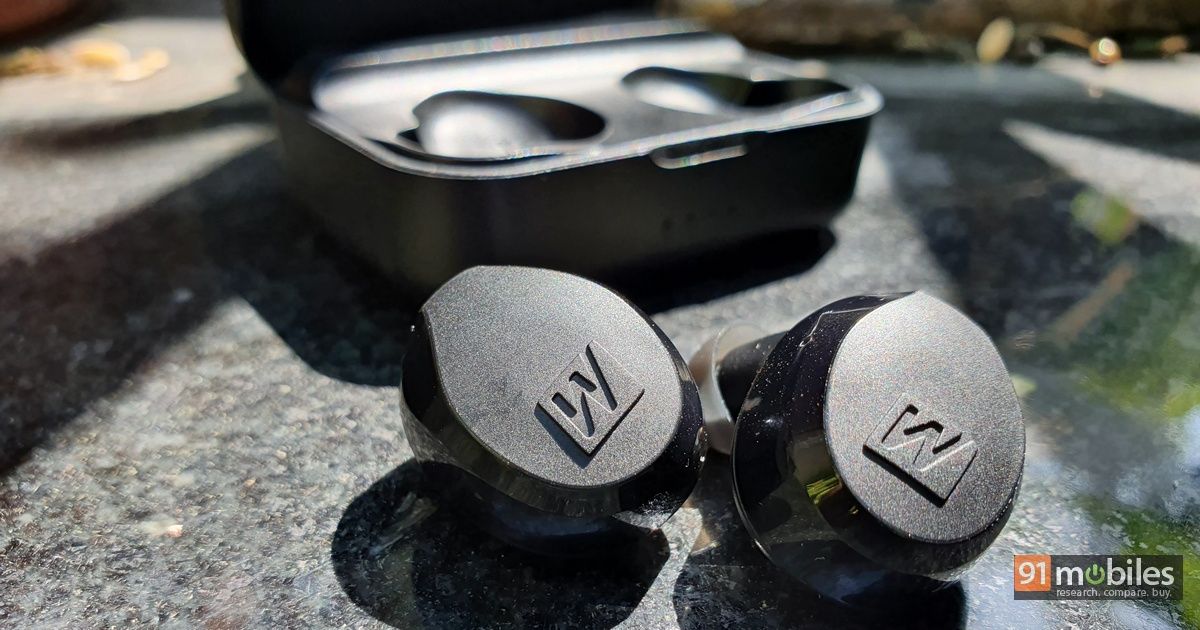 The truly wireless (TWS) earphone market has exploded in recent years thanks to the introduction of the Apple AirPods (review) back in 2017. Since then, no company has been able to stop the dominance of Apple on this segment, although there are some fairly compelling options out there for a much cheaper price tag. Since the AirPods work best only with iPhones and Apple devices, there has been an inherent need for TWS devices that function just as well with Android or Windows devices. One of these products is from a company that you may not have heard of, called MEE Audio. 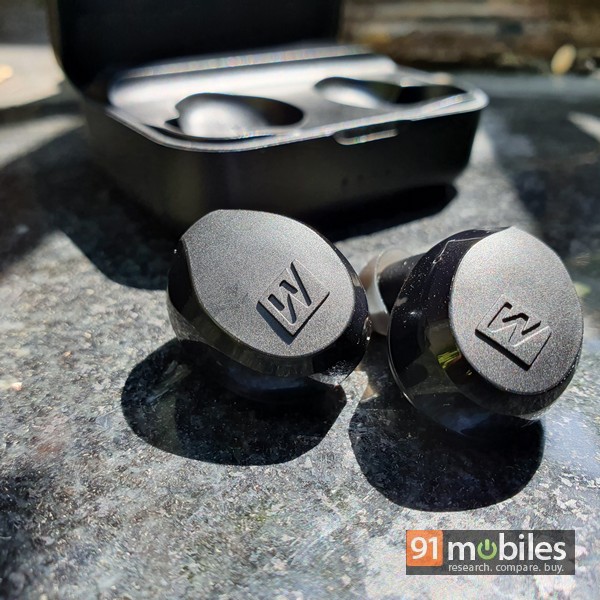 The MEE Audio X10 TWS earphones may not instantly appeal to you design-wise, but I can assure you that what they lack in outer aesthetics, they more than make up for in sound quality and comfort. I have spent quite a while with the MEE X10 earbuds and here’s why I think they should be on the top of your list for a budget under Rs 5,000.

As I had mentioned earlier, the case of the earphones is not really eye-catching. A bland green-coloured cuboid greeted me when I opened the packaging of the device and it can easily be mistaken for a cheap case to keep your earrings or other small jewelry. The dull plastic finish on the case also means that it is quite prone to scratches, as I found out after just a couple of days of usage. 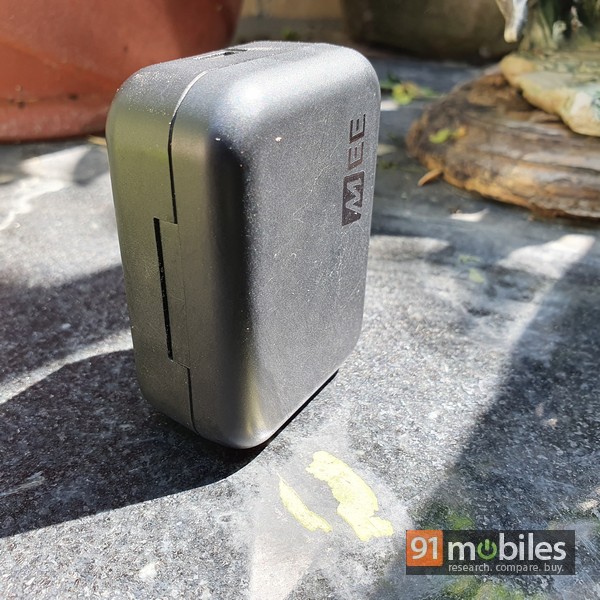 The lid on the case is quite easy to open and can even be done single-handedly. Arranged inside, looking quite a lot like alien eyes staring back at you, are the two earbuds. Even with the earbuds inside, the case was quite light, albeit not as pocketable as say the AirPods. The earbuds themselves are lightweight, so they sit quite comfortably in your ears for a long period of time. Speaking of time, each earbud lasts about 4.5 hours on its own which is impressive and with the case, the battery lasts 22.5 hours.

The MEE X10 are also IPX5-certified which make them sweat proof, a feature that is becoming quite standard for TWS earbuds. The buds are provided with three sizes of silicone tips so as to fit a wider range of users although for me the default buds worked perfectly. As far as charging the case goes, the inbuilt 500mAh battery is charged using a USB-C port, which I’m happy to see. The case, however, does not support wireless charging like the recently-announced Realme Buds Air (review). 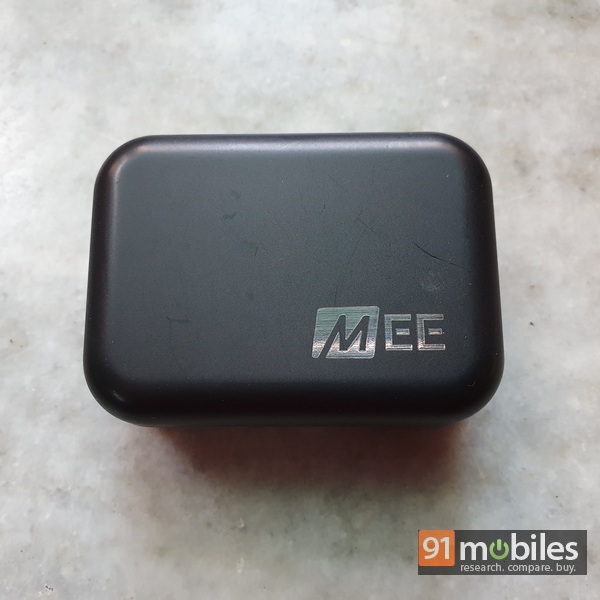 Like many typical TWS earphones that you can find in this price range, there is not a whole lot you can do on the tiny surface area of the earbuds. The basic play/pause functionality is present with a single press on either earbud. A double press on the right will increase the volume while the same action on the left will reduce the volume. There is also a triple-press feature that will skip to the next track when used on the right bud, and on the left bud it will take you back to the previous track.

Smart Assistant functionality is also present on the device which gets activated when you press any earbuds for two seconds. The main convenience of TWS earbuds is the fact that they should connect seamlessly to your device the moment they are popped out from the case, much like the AirPods and any Apple product. To that end, the MEE X10 are quite good and instantly connect to the phone with which they have been paired, provided the Bluetooth on the device is on. As expected there was also no active noise cancellation offered by the earphones although the seal with the ear is good enough to block out ambient noise. 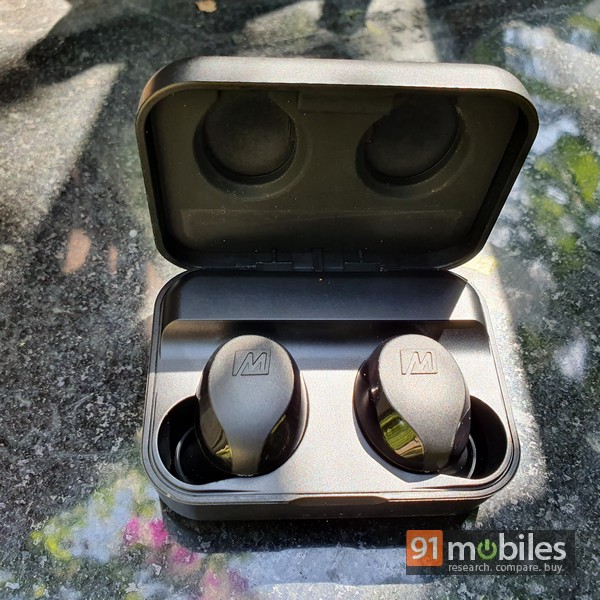 There is also an in-built mic on the earbuds which can be used to answer calls hands free. I wouldn’t put too much faith in it however since the mic will work best only in an isolated environment with little ambient noise.

The MEE X10, having a 5mm HD microdriver, does not focus on bass which means that listeners of heavy Hip/Hop or in general bass-heavy songs will not be very impressed with the earbuds. In general, though the X10 deliver excellent highs with temperamental lows. I enjoy listening to classic rock from the 70’s and 60’s and I was not at all disappointed at the delivery of instruments through the earbuds. The vocal separation was terrific with the singer’s voice extremely clear and separated from the instruments in the background. 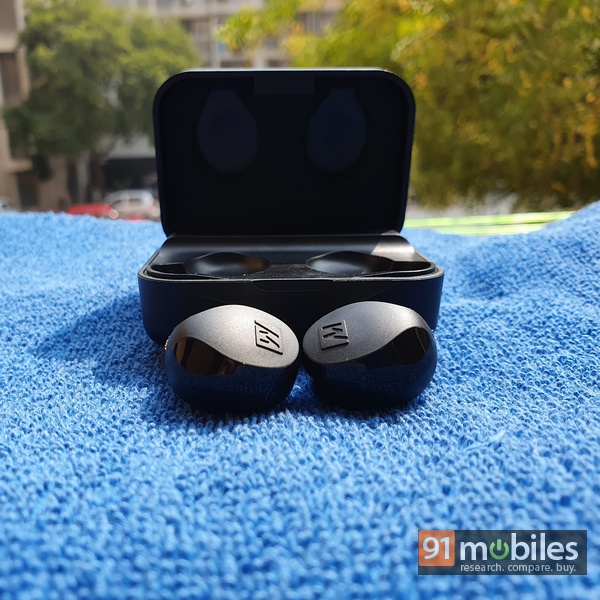 Knowing the general popularity of Bollywood numbers in the country, I threw a few of my favourite songs from Gully Boy to test out how the earbuds faired and came out fairly impressed. Again there was a slight suppression of bass and the treble is not the greatest but overall clarity to both the vocals and the beats was quite good. Techno/EDM/House/Trance lovers are sure to be amazed by the mids and lows but again it would appear that the volume, in general, is on the lower side. I guess this is good only in order to preserve your hearing and also there’s the fact that the seal with the ear does not warrant more sound. 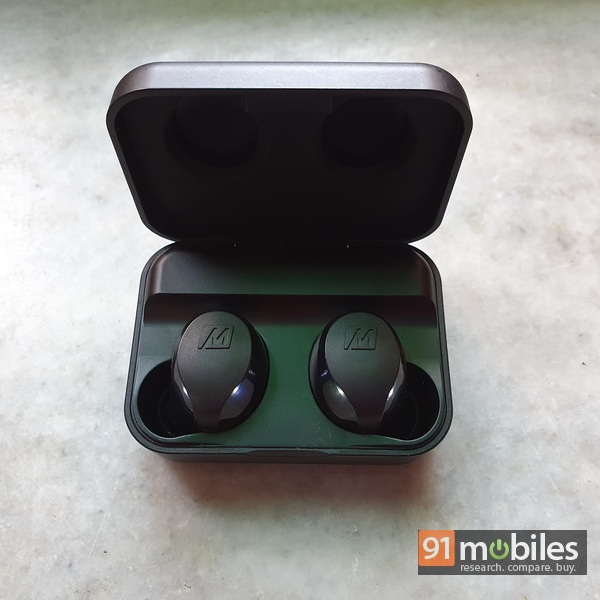 For watching movies and TV shows or just any video content in general, the earbuds are quite good. Character voices look to be amplified in favour of general background music making it an enjoyable watching experience.  The battery life on both the earbuds is also phenomenal with a single full charge on the case lasting me nearly the entire week. Connectivity-wise, the earphones did not lose signal unless I was nearly 20 meters away from the device with which it was connected. 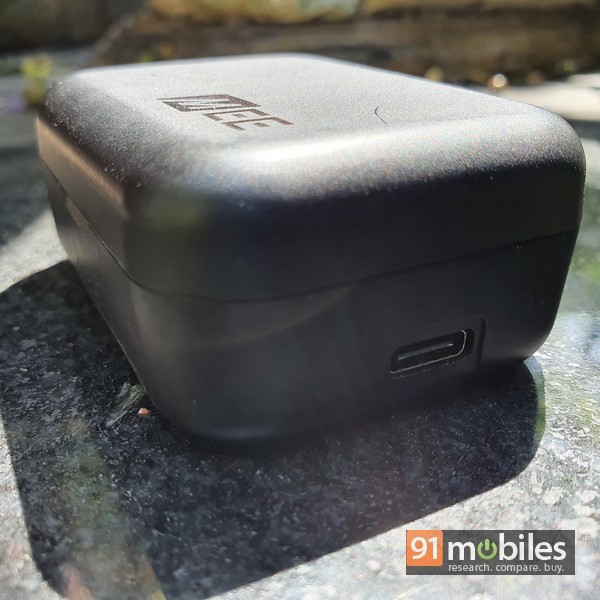 It would appear that the MEE X10 have left me, in general, impressed with its signature audio style and battery life. Minus the drab exterior and the futuristic style interior, the MEE X10 will be an easy recommendation from my side if you have a budget of Rs 5,000. If something like wireless charging takes your fancy then you may want to invest in the Realme Buds, which cost just about the same. The MEE X10 TWX earbuds are available for purchase online for Rs 4,999.