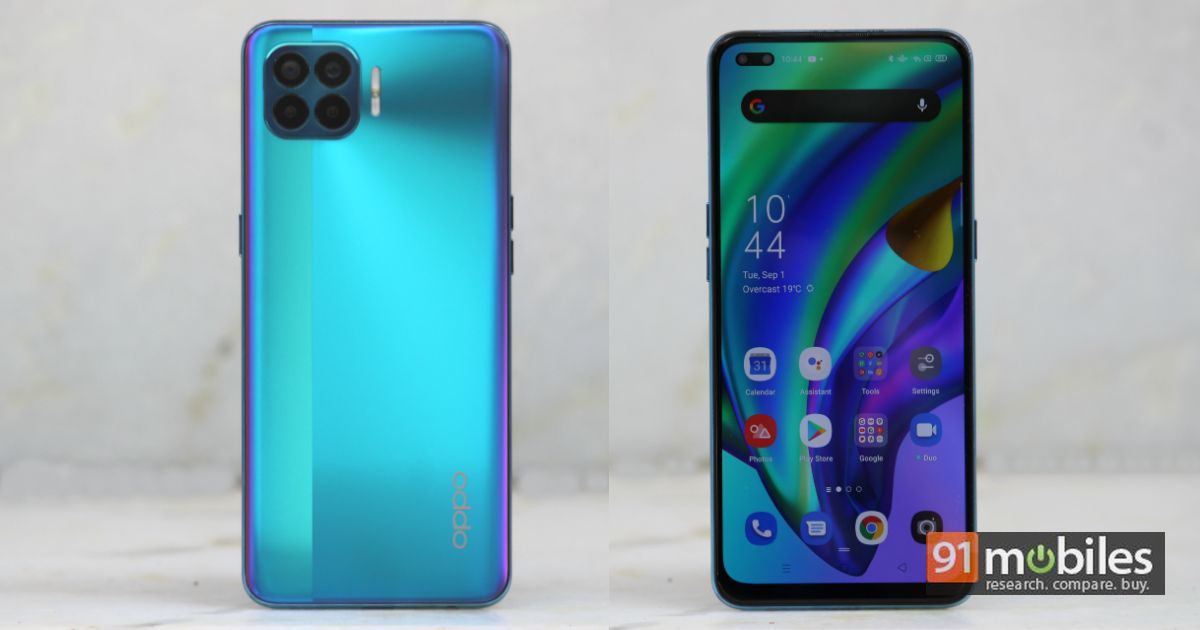 OPPO has a knack for making good-looking mid-range smartphones. We just came off of the OPPO Reno4 Pro (review), which could be one of the best-designed phones of 2020 in our opinion. The slim and lightweight build made it a delight to hold and the curved AMOLED display added a layer of finesse to it. OPPO has tried to bring that same level of aesthetics at a more affordable price point with the OPPO F17 Pro.

The OPPO F17 Pro has been launched in India at Rs 22,990. The smartphone touts a sleek and lightweight profile, an AMOLED display, a 48MP quad-camera setup, dual front cameras, and 30W VOOC fast-charging support, among other things. It’s a fairly feature-rich smartphone, but is the OPPO F17 Pro more than the sum of its parts? Read on to find out. 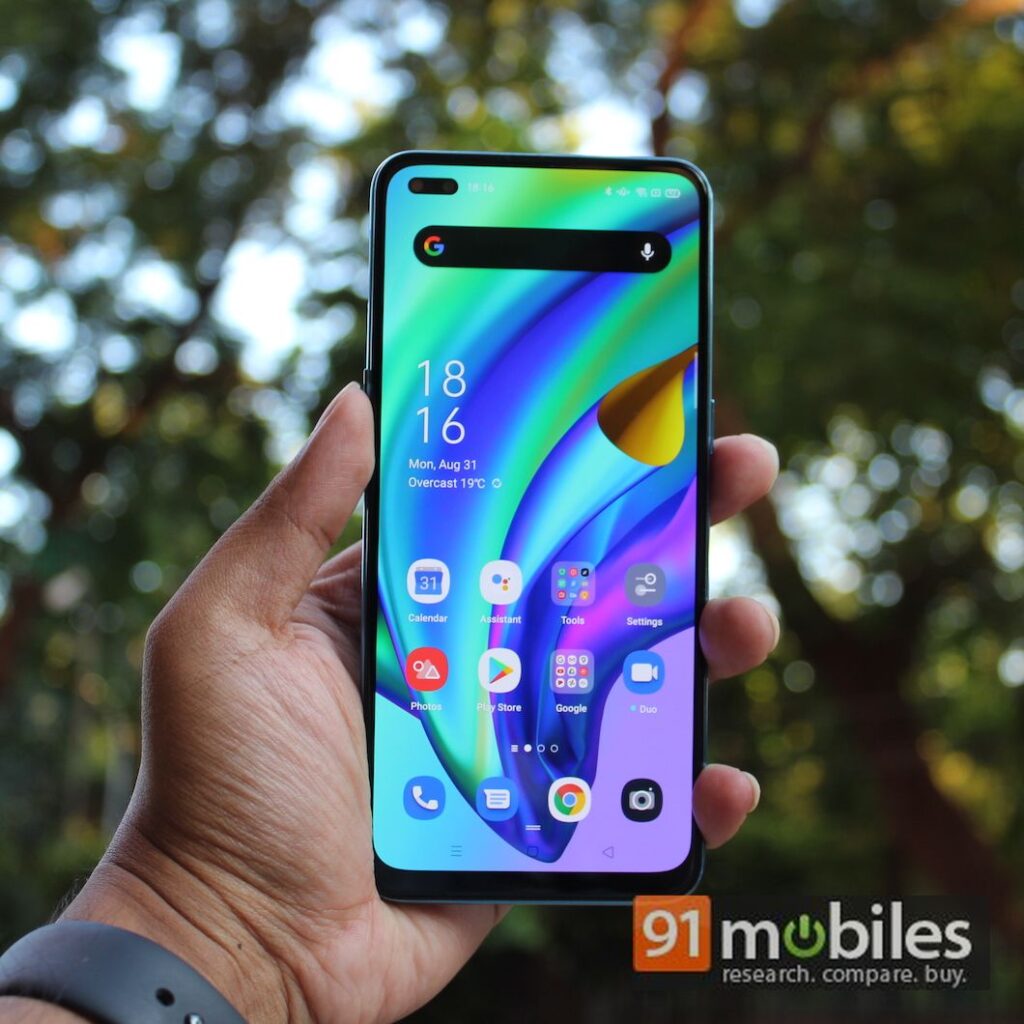 There is no denying the OPPO F17 Pro is another stylish smartphone in OPPO’s portfolio. The company wants you to love the design and AMOLED display, which you will. You will also appreciate the cameras and fast charging support. But all that glamour won’t stop you from wanting more in terms of performance.

The OPPO F17 Pro carries forward the aesthetics of the Reno4 Pro. The phone has a terrific design with a slim profile measuring just 7.48mm in thickness. The phone is exceptionally lightweight at 164 grams, making it easy to hold it with one hand to watch a movie or play games.

The curved rear panel has a matte finish that’s smoother than the finish on the Reno4 Pro. The finish ensures no fingerprints or smudges stick to it. There’s a dual-tone design that offers a light and dark combination under different angles. The phone comes in Magic Blue, Matte Black, and Metallic White colours. We received the Magic Blue option which offers shades of blue and hints of purple, especially around the edges. 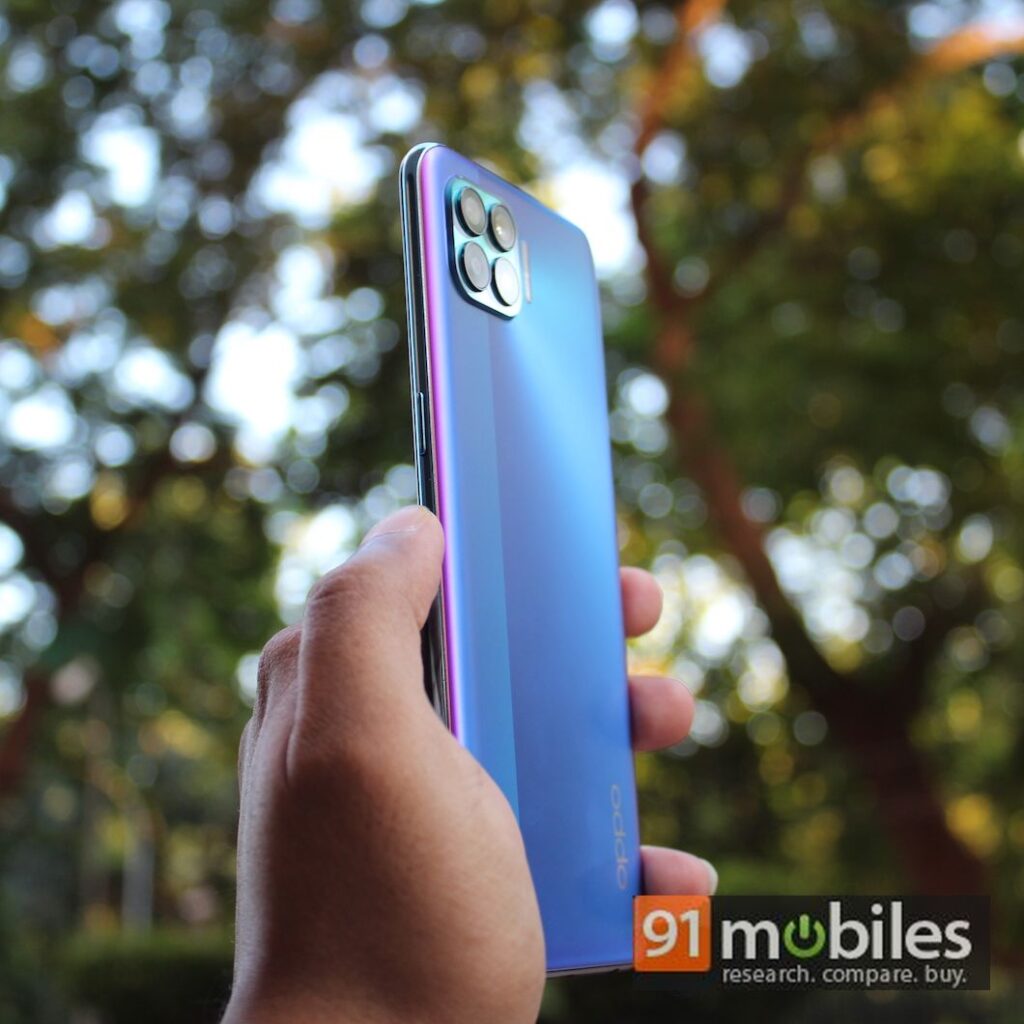 The square camera module on the back is a popular design choice many OEMs are going with these days. The curved frame makes sure the phone doesn’t feel sharp while holding it. The buttons on either side are well placed and have a nice clicky feel. The OPPO F17 Pro gets a single bottom-firing speaker, a Type-C port, and a 3.5mm headphone jack. It also offers a triple card slot for two SIM cards and a microSD card.

Coming to the display, the OPPO F17 Pro sports a flat 6.43-inch FHD+ (2,400 x 1,080) Super AMOLED display. The screen supports the standard 60Hz refresh rate and is protected by Gorilla Glass 3+ on top. There’s a pill-shaped punch-hole cutout on the top left corner to house dual selfie cameras. The cutout is wide, so you will notice it at times. It was easy to avoid with system-wide dark mode enabled. 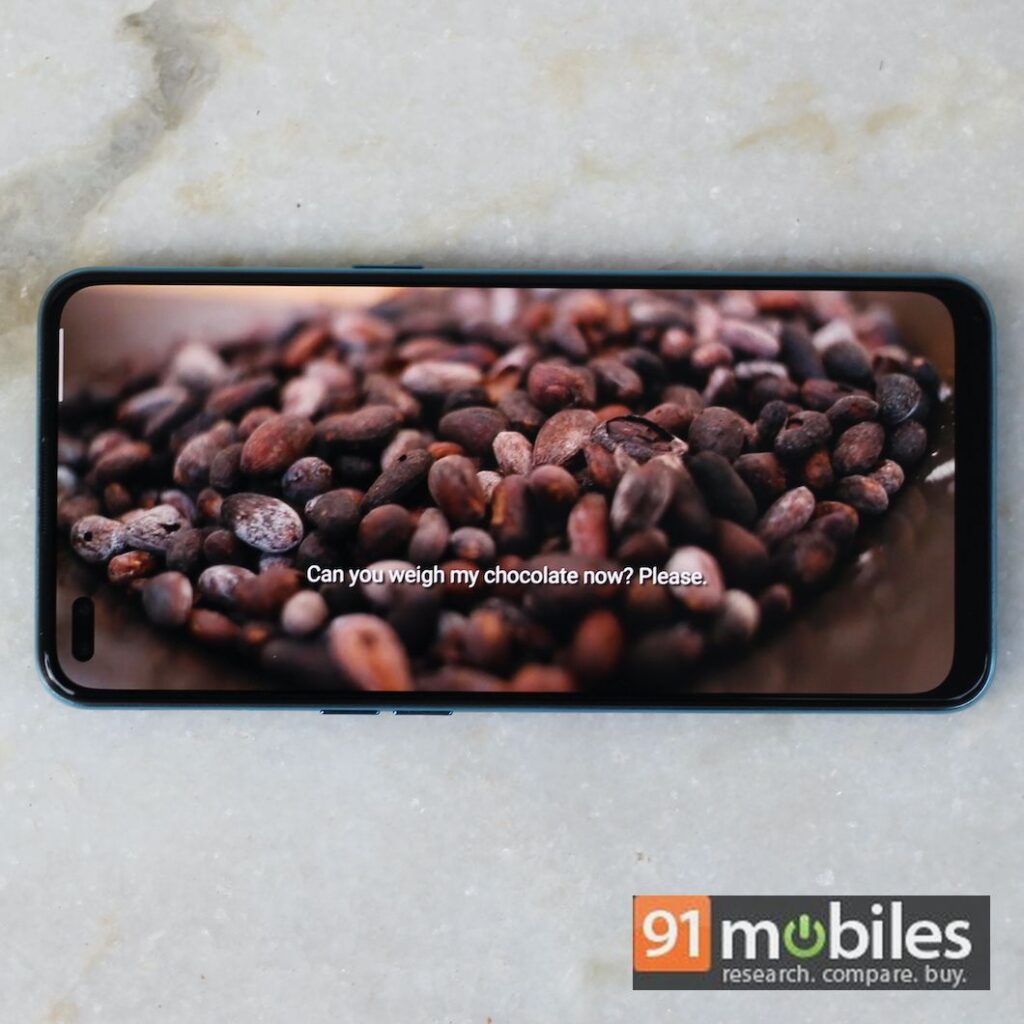 The display on the OPPO F17 Pro looks great with rich colours and deep blacks. With a peak brightness of 800 nits, you won’t have any trouble viewing the screen outdoors under bright light. We enjoyed watching content in full HD resolution on platforms Netflix and YouTube. Images were sharp and colours looked good, especially while watching food shows like Street Food.

The OPPO F17 Pro features a quad-camera setup that includes a 48MP main camera, an 8MP wide-angle lens, a 2MP mono camera, and a 2MP portrait lens. The mono camera will allow you to capture some neat filtered photos using AI, which we will talk about in a bit. The camera app will be familiar if you’ve used an OPPO or Realme phone before. It’s quite easy to use with modes like Photo, Video, Night, and Portrait at the bottom and HDR, AI, filters, and more options placed above the viewfinder. 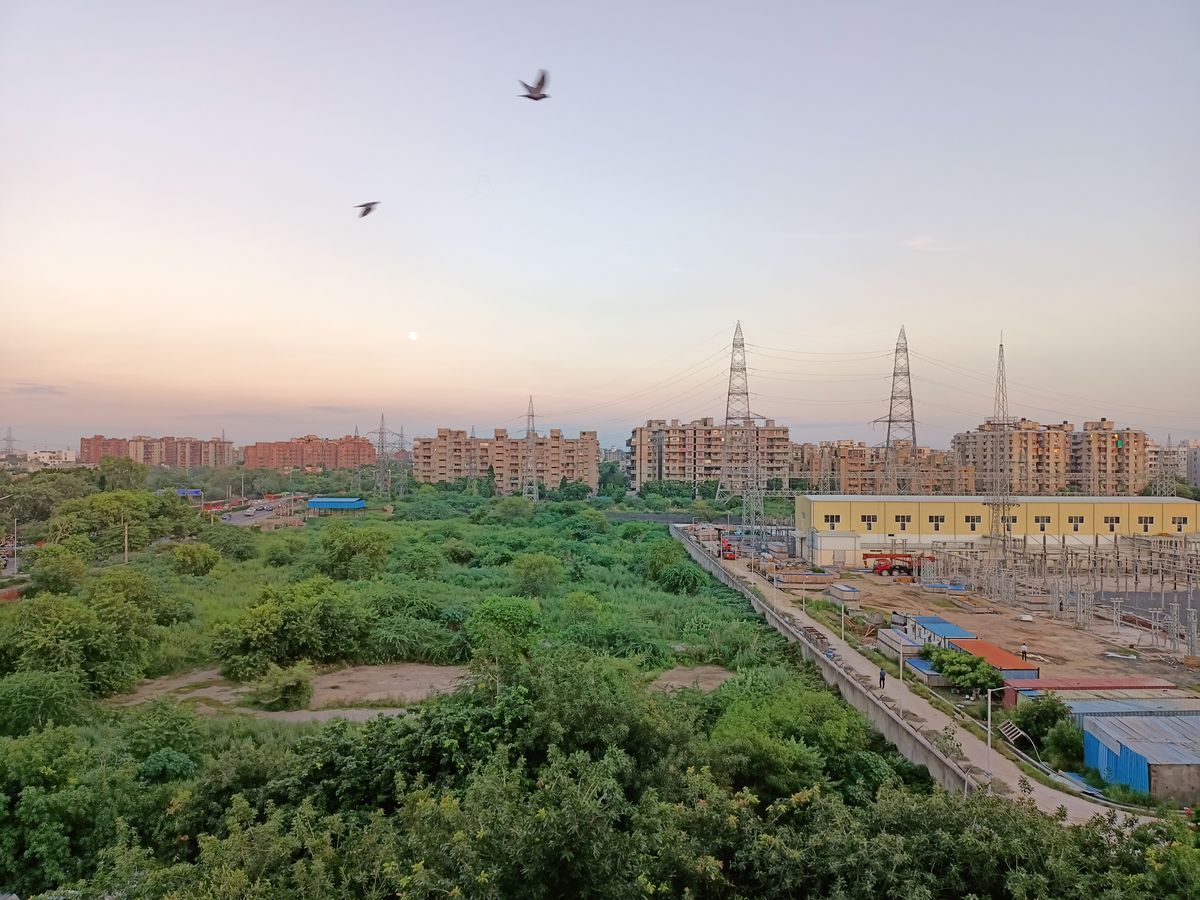 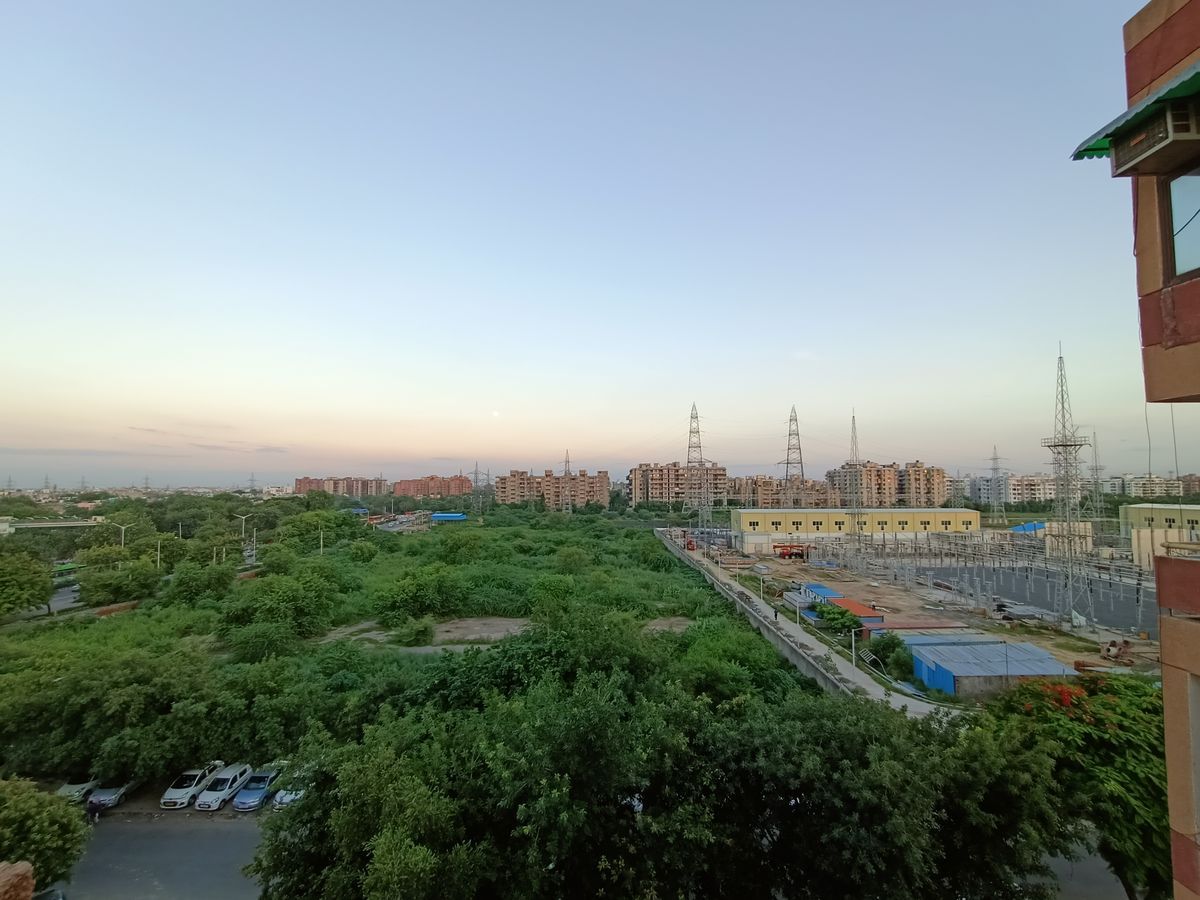 We were quite pleased with daylight shots captured using the main camera. Outdoor photos looked crisp and offered appealing colours. With AI enabled, colours will look punchier than usual. The main camera also offers a good dynamic range in tricky backlit scenes. As for the wide-angle lens, we noticed colours looked muted compared to the main camera but photos were still usable if taken in daylight. The wide-angle lens doesn’t perform well in low-light conditions even with night mode support. OPPO has provided a mono lens and a portrait camera instead of a macro lens. These two lenses come in handy when capturing portraits and AI filter photos like AI Portrait Color, AI Super Night Portrait, and so on. AI Portrait Color uses the onboard AI algorithm to differentiate between people in the frame and the background, so it can show the subject in colour while the rest of the frame is in black and white. The mode can be used for both the rear and selfie cameras. Despite offering a 16MP Dual Depth camera system at the front, portrait selfies were not exceptional. We noticed some unevenness in blurring around the edges of the subject. 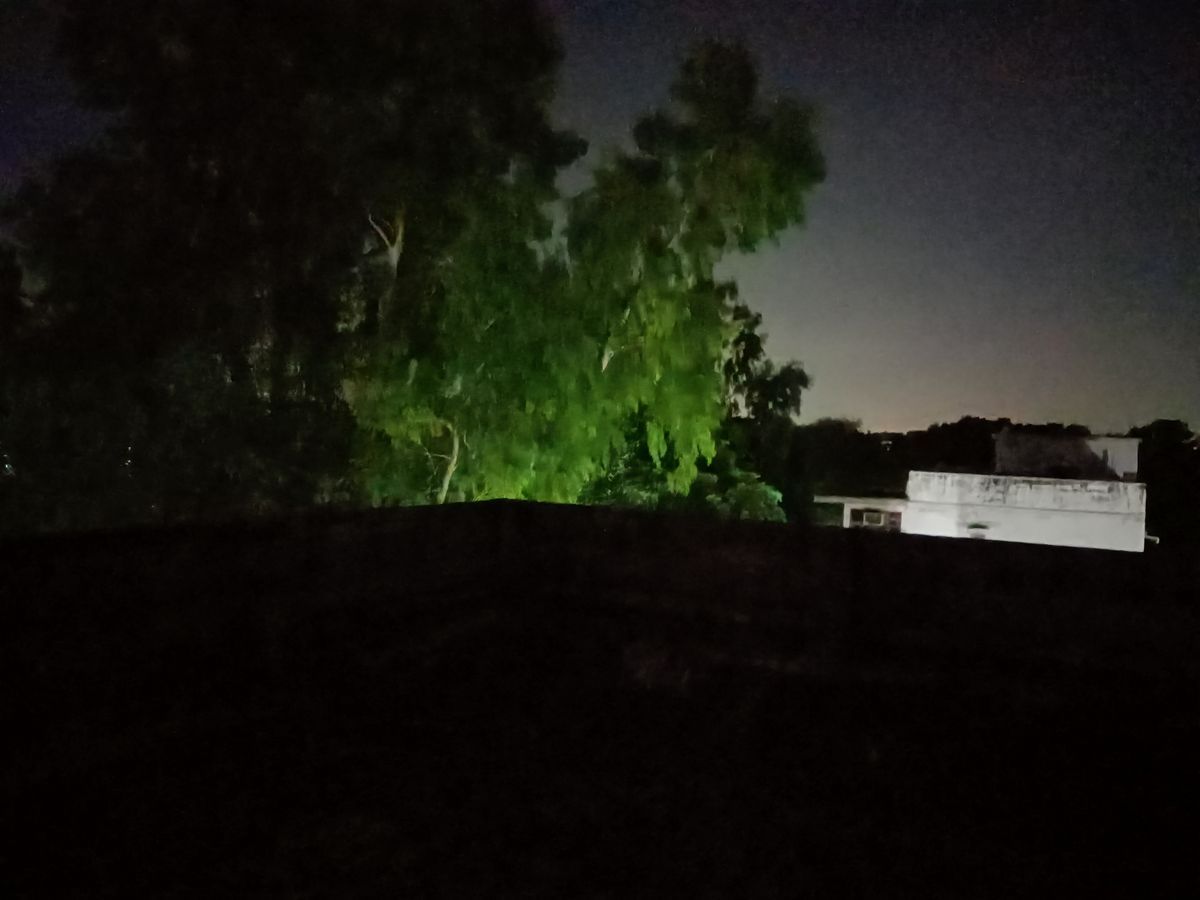 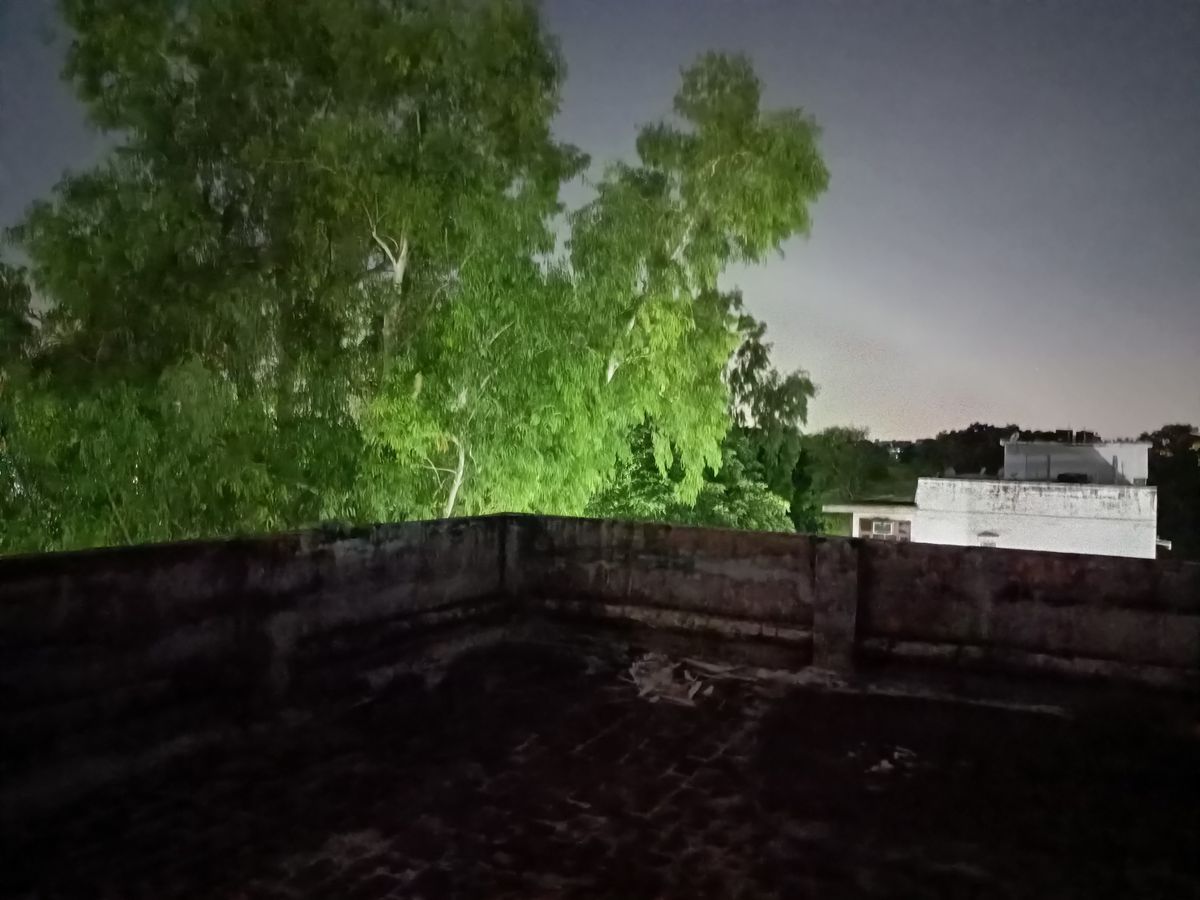 We were impressed with what the OPPO F17 Pro could do in night photography. There is a dedicated Night mode that does well with noise correction and improving the brightness and colours without blowing out the image. You can play with some AI modes like AI Super Night Portrait which is available for the front camera and AI Night Flare Portrait which is available for the rear camera. Provided you’re in a well-lit environment, these modes can offer some flair in night time photography. The OPPO F17 Pro also supports ultra night mode which automatically kicks in extreme low-light conditions.

The OPPO F17 Pro is powered by the 2.3GHz MediaTek Helio P95 chipset, which was announced earlier this year. It succeeds the Helio P90 and offers minor improvements to AI performance. The chipset is paired with 8GB RAM and 128GB internal storage on the F17 Pro. In terms of benchmarks, the Helio P95 scores just above 2,00,000 on AnTuTu and around 1500 in multi-core score on Geekbench 5. These scores are nowhere close to what the OnePlus Nord achieves with the Snapdragon 765G chipset or what the Realme 6 manages with the MediaTek Helio G90T. 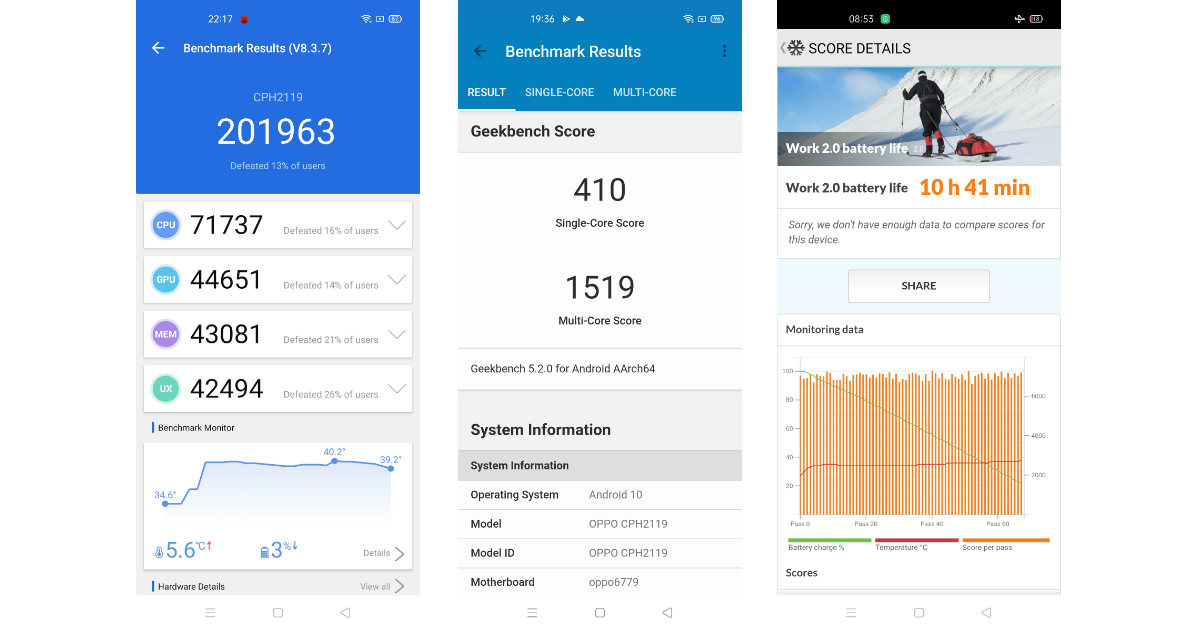 When it comes to real-world usage, the OPPO F17 Pro works pretty well. You won’t face any lags or stutters while browsing through apps like WhatsApp, Twitter, Instagram, and so on. Scrolling also feels pretty smooth, so you won’t miss the 90Hz refresh rate much. There’s plenty of RAM onboard to multitask with ease. You can even pin some of the apps to the background so you can quickly continue from where you left off. 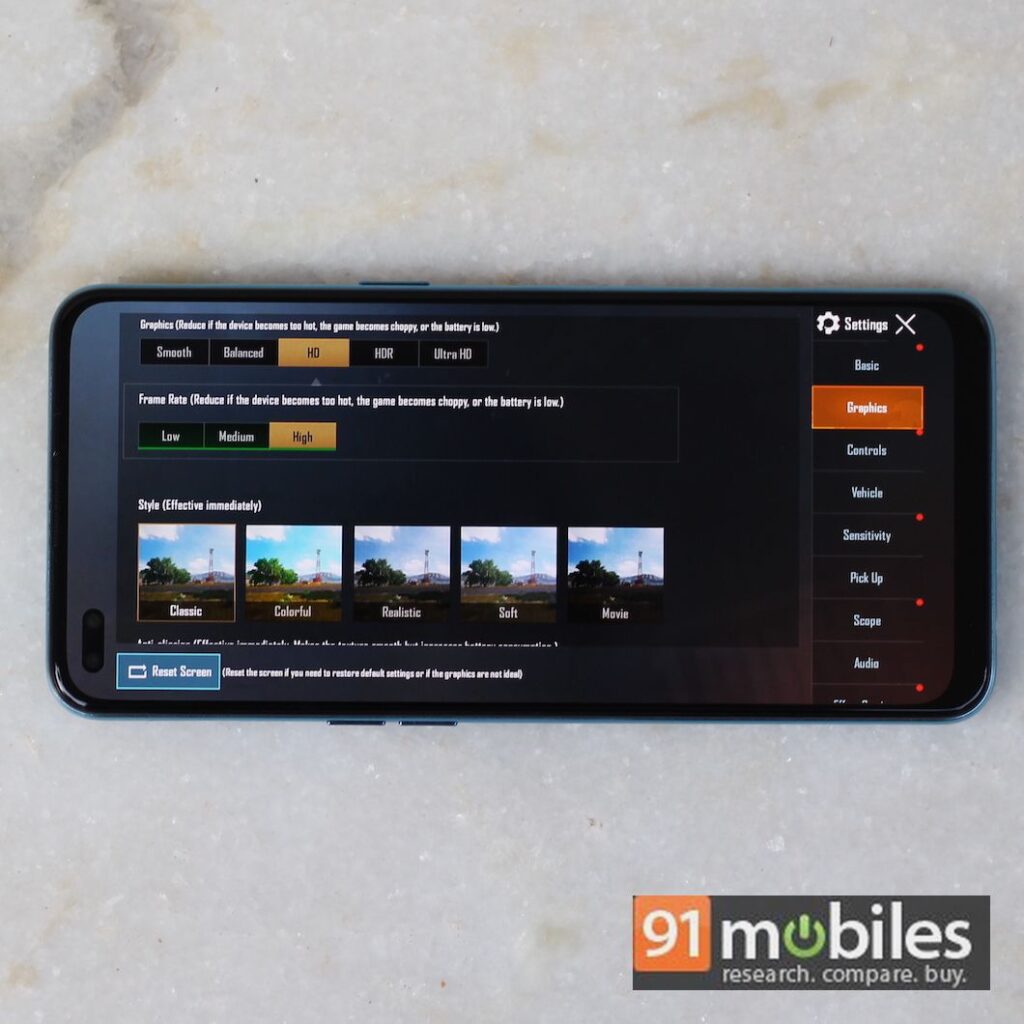 Now, the OPPO F17 Pro gaming performance is where the chipset starts to become problematic. You can run games like PUBG on Balanced + Ultra or HD + High graphics settings. And details do look good on screen. But we did notice lags and stutters during a 30-minute gameplay session despite the Anti-Lagging Algorithm that OPPO boasts of. 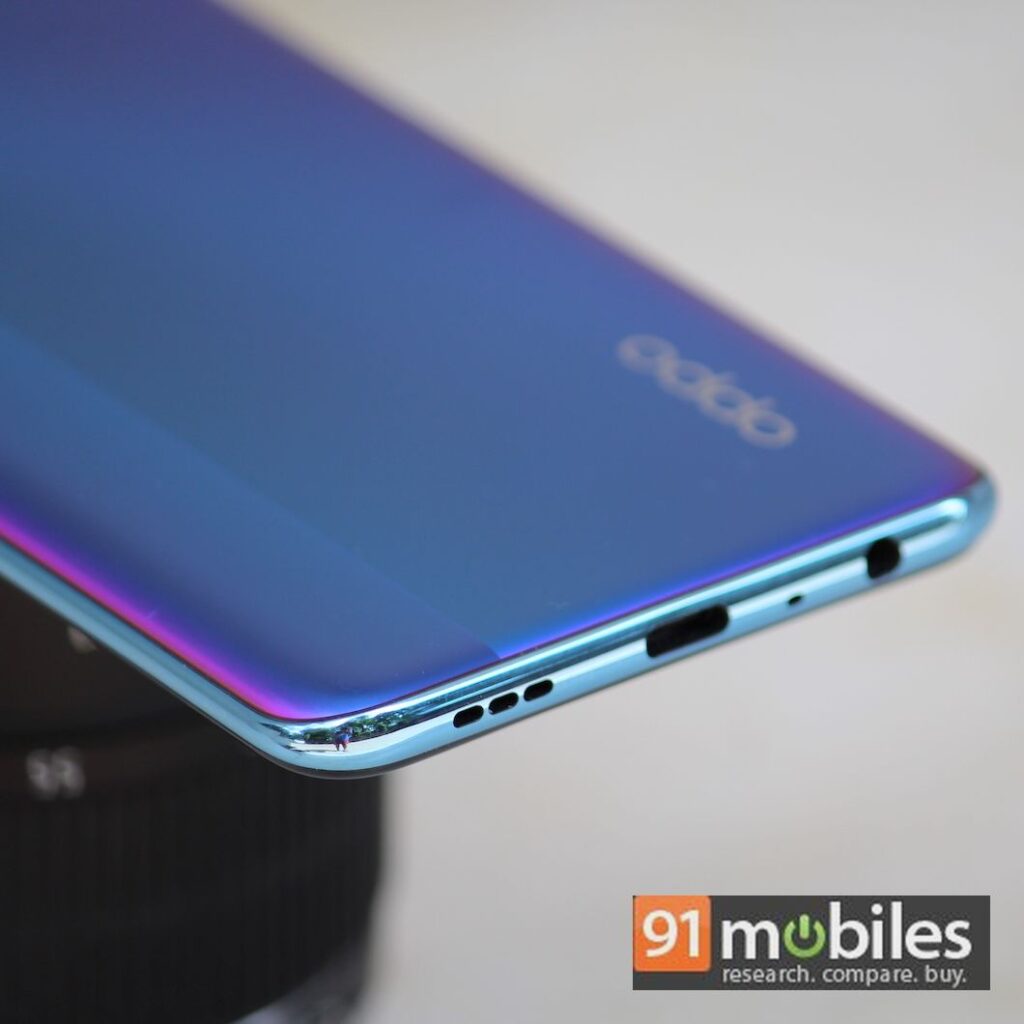 The OPPO F17 Pro runs Android 10-based ColorOS 7.2 out of the box. The custom OPPO skin feels smooth and responsive. You get some visually pleasing wallpapers, system-wide dark mode, and Always-on Display. ColorOS 7.2 comes with features like Doc Vault to safely store personal documents, Quick Return Bubble that lets you quickly jump back into a game, and OPPO Translate which is powered by Google Lens and can translate screenshots of documents easily. 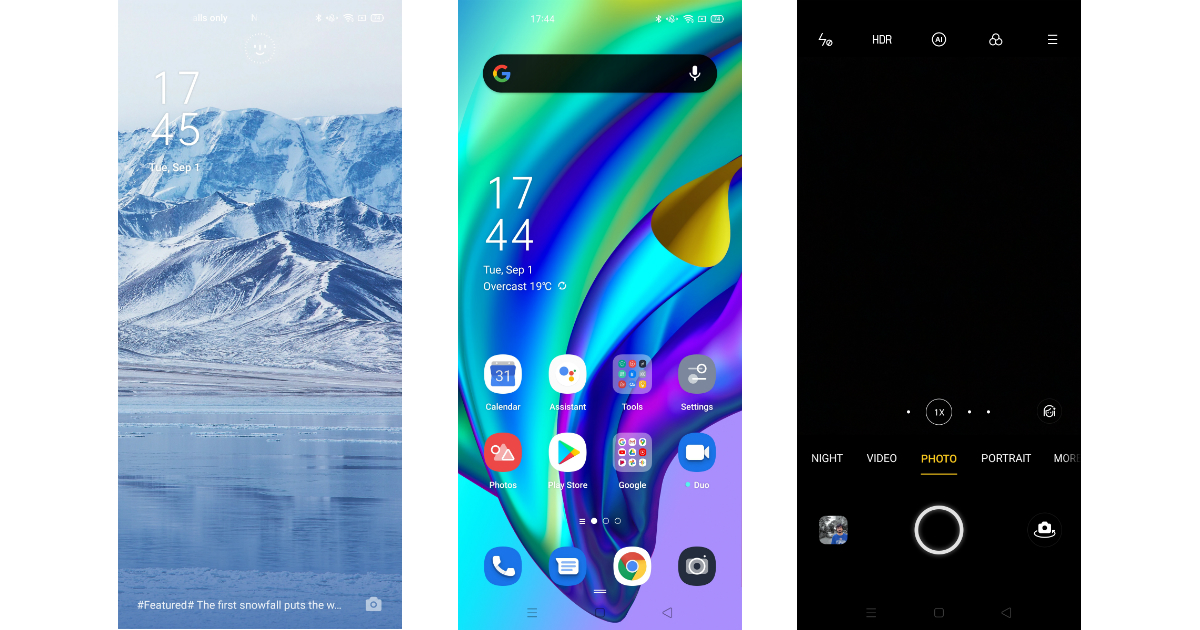 ColorOS doesn’t come with a lot of bloatware. In fact, a few of OPPO’s own apps have been replaced by stock Google apps like Dialer and Messages. Other pre-loaded apps include Google Duo, Lens, OPPO’s own browser, and SoLoop, among others.

The bottom-firing speaker on the F17 Pro is mostly clear and loud but can sound a little muffled at higher volume levels. The in-screen fingerprint sensor and face unlock are both quick and responsive. We faced no issues with call quality and connectivity during calls.

The OPPO F17 Pro comes with a 4,000mAh battery, which is underwhelming. You won’t get more than a full day’s worth of usage on a single charge. On days with heavy usage that involve some gaming and streaming content, you will have to charge the phone once at night. A 30-minute session of PUBG on high graphics drains the battery by roughly 9 percent.

The F17 Pro lasted around 10 hours 40 minutes in our PCMark Battery test, which is nothing to write home about. The 30W VOOC Flash Charge 4.0 makes up for the average battery life. You get a 30W charger in the box that can fully charge the OPPO F17 Pro in less than an hour.

With a price under Rs 25,000, the OPPO F17 Pro finds itself among the likes of the OnePlus Nord (Review) and Realme X3, which is a tough crowd. These rivals offer powerful performance, high refresh rate displays, and solid cameras. But we feel the OPPO F17 Pro has a few things going for it. The smartphone is exceptionally designed and has better build compared to the competition in this segment.

The OPPO F17 Pro offers a great display even though it misses out on a high refresh rate. The device may not be the most powerful phone in this segment but it holds up well in day-to-day usage. The phone offers a decent set of cameras and the 30W fast charging support makes the deal sweeter. Overall, the OPPO F17 Pro does look more than the sum of its parts.