Here’s some food for thought – almost all major smartphone OEMs have at least one TWS offering under their belt and the list of wire-free headsets continues to grow at a feverish rate. Case in point, the Realme Buds Q2, which were announced recently alongside the new Narzo phones and the Realme TV. At Rs 2,499, the Buds Q2 will surely appeal to a lot of prospective buyers. So, in this review, let’s see if they’re worth your bucks.

It was only a matter of time before smartphone OEMs slapped a gradient finish on a TWS headset. To that note, Realme has etched a tiny gradient pattern on the touch-sensitive areas of Buds Q2’s individual earpieces. The finish looks quite good and it undoubtedly jazzes up the Buds Q2’s otherwise humdrum appearance. Furthermore, the coating also guides users as to where they need to tap in order to invoke various music controls, which is neat. 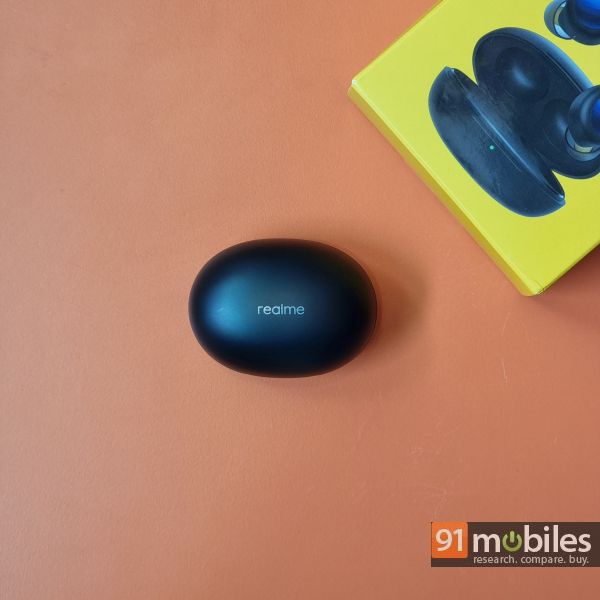 Understandably, the Buds Q2 look an awful lot like their predecessor, the Buds Q. That said, the individual earpieces are a tad heavier this time around at 4.5 grams. Thankfully, the earphones still ship with angular nozzles, which paves way for a snug, comfortable in-ear fit. What’s more, the earphones stay put whilst working out too, which is great. Speaking of work outs, the Buds Q2 ships with IPX5 certification, which is a welcome upgrade over their predecessor’s IPX4 rating. 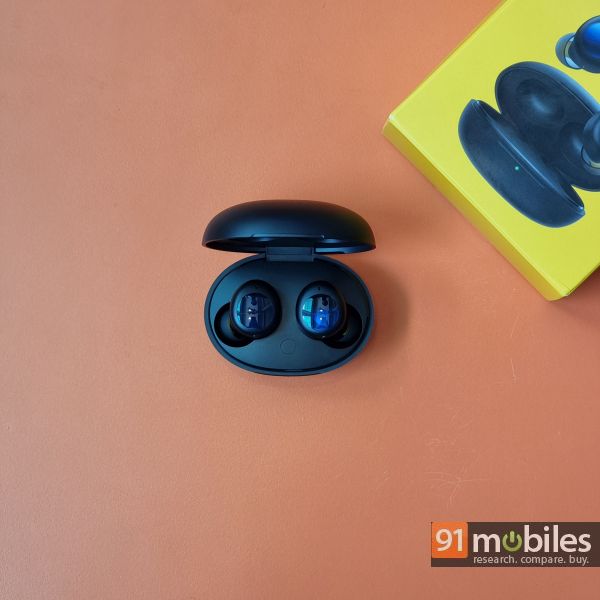 The Buds Q2 can be stored in a pocketable pebble-shaped case when not in use. The unit’s design hasn’t changed much over the course of last year and the case still employs plastic in its construction. However, Realme has opted to furnish the case for the Buds Q2 with a Type-C port, and I couldn’t be happier. Actually, I could be, if the case would open up with just one hand. Or, if the Buds Q2 offered in-ear detection to automatically play / pause music playback. But, I digress.

Realme is hellbent on bringing ANC to the masses. Case in point, the Buds Q2, which despite its modest price, supports active noise cancellation as well. The ANC onboard the earbuds is plenty powerful and I noticed that the pair could drown out a fair bit of environmental noise. Of course, the unit’s in-ear fit helps too and rest assured, the Buds Q2’s ANC prowess will not disappoint you. The pair also features a transparency mode which lets in noise, thereby making users more aware of their surroundings. I tested the feature when I was out for a run and the earbuds opened up my ears to a wealth of sound information, including the hum of engines from vehicles in my vicinity and the chitter-chatter of street vendors. 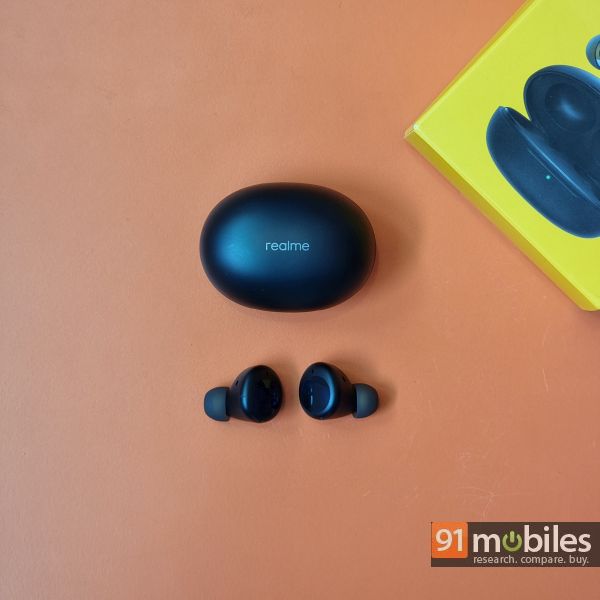 You can also fine tune the Buds Q2’s touch controls via the earbuds’ companion Realme Link app. The app’s interface is quite minimalistic and all the important settings, including changing sound presets as well as variating ANC modes can be found front and centre. Good job, Realme.

Coming to the meat of the matter, the Realme Buds Q2 offers a typical U-shaped bass-forward sound signature. While I’m not the biggest fan of the Q2’s sonic profile, the earbuds don’t sound bad for the price. Not to mention, most buyers eyeing the Buds Q2 wouldn’t mind the pair’s in-demand thumping low-end either. That said, I wish bass output wouldn’t eat into the rest of the frequency spectrum because as things stand, the Buds Q2 subdues the mids quite a bit. The same was evident when I was listening to Stormzy’s Vossi Bop and here, the artist’s vocals sounded dull. What’s more, while the beats in the track sounded voluminous, I was left wanting for more attack in the low-end. Simply put, the slam incurred after a beat ‘drops’ could’ve been tighter or more concise. Instead, it sounded quite loose on the Buds Q2. 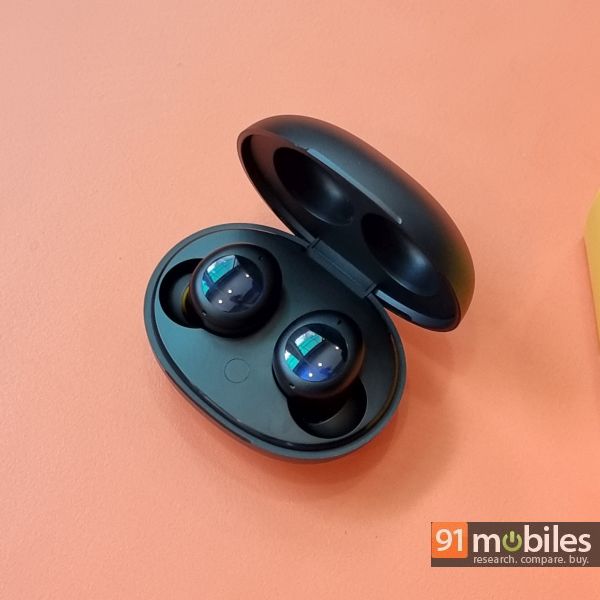 Thankfully, the Buds Q2 ships with a ‘Bright’ sound preset that somewhat tames the unit’s low-end output. Unfortunately, the highs still sounded lacklustre and buyers attuned to listening to rock music will be left wanting for more from the buds. That being said, I was quite happy with the unit’s imaging and I could tell one instrument from the other clearly. Ipso facto, while I didn’t enjoy the lethargic strums of the electric guitar in Greenday’s Pollyanna, the track didn’t sound like a garbled mess either. All things considered, if you listen to a lot of songs from the pop or EDM genre, then the Realme Buds Q2’s sound signature will be right up your alley. 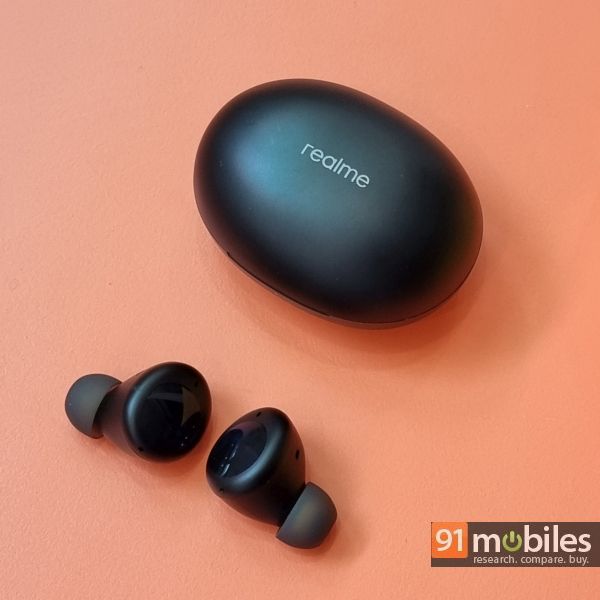 Coming to the battery life, the Buds Q2 lasted me a little over four hours off a single charge. I should point out that I was using the buds with ANC enabled, so your mileage could vary if you choose to use the earphones with the feature turned off. The bundled case ships with a built-in battery as usual, which should add at least three charge cycles to the Buds Q2’s battery backup.

Now, the Buds Q2 isn’t the best for taking calls on the fly and you will have to often repeat yourself to relay the message clearly over to the other end. That said, I didn’t come across any connectivity issues with the earphones and the Q2 managed to retain a rock-solid connection with my paired devices.

The Realme Buds Q2 retail for Rs 2,499 and for the price, get most things right. To summarise, the earphones offer a comfortable in-ear fit and are amongst the most affordable TWS headsets to ship with ANC. And, as I’ve discussed in detail already, the ANC onboard the Buds Q2 actually works and is not gimmicky. Moreover, the earphones sound decent for the price too and will undoubtedly keep EDM-heads happy. So, if you have been on the lookout for a pair of wallet-friendly TWS headsets, the Buds Q2 should be on the top of your wishlist.